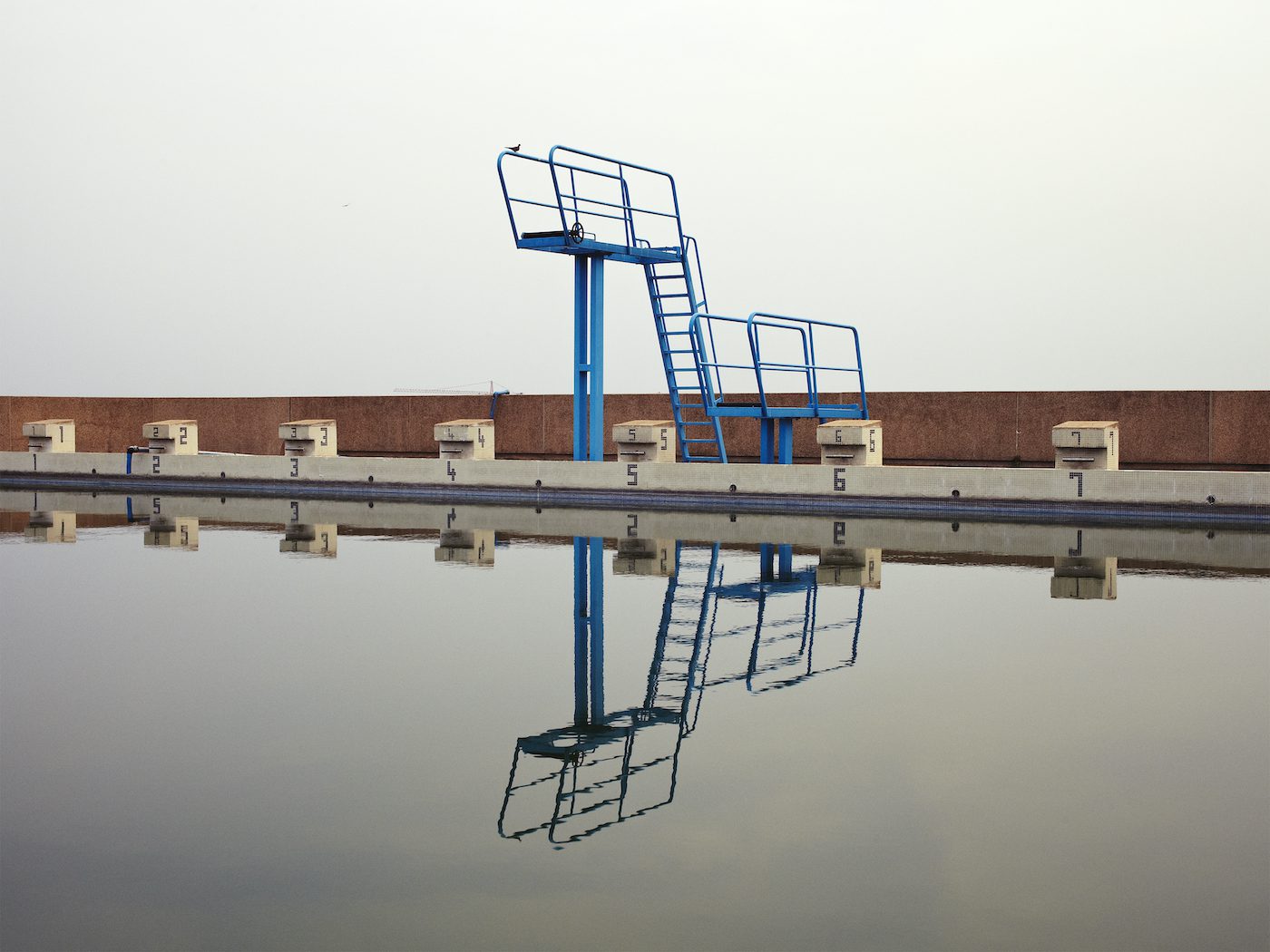 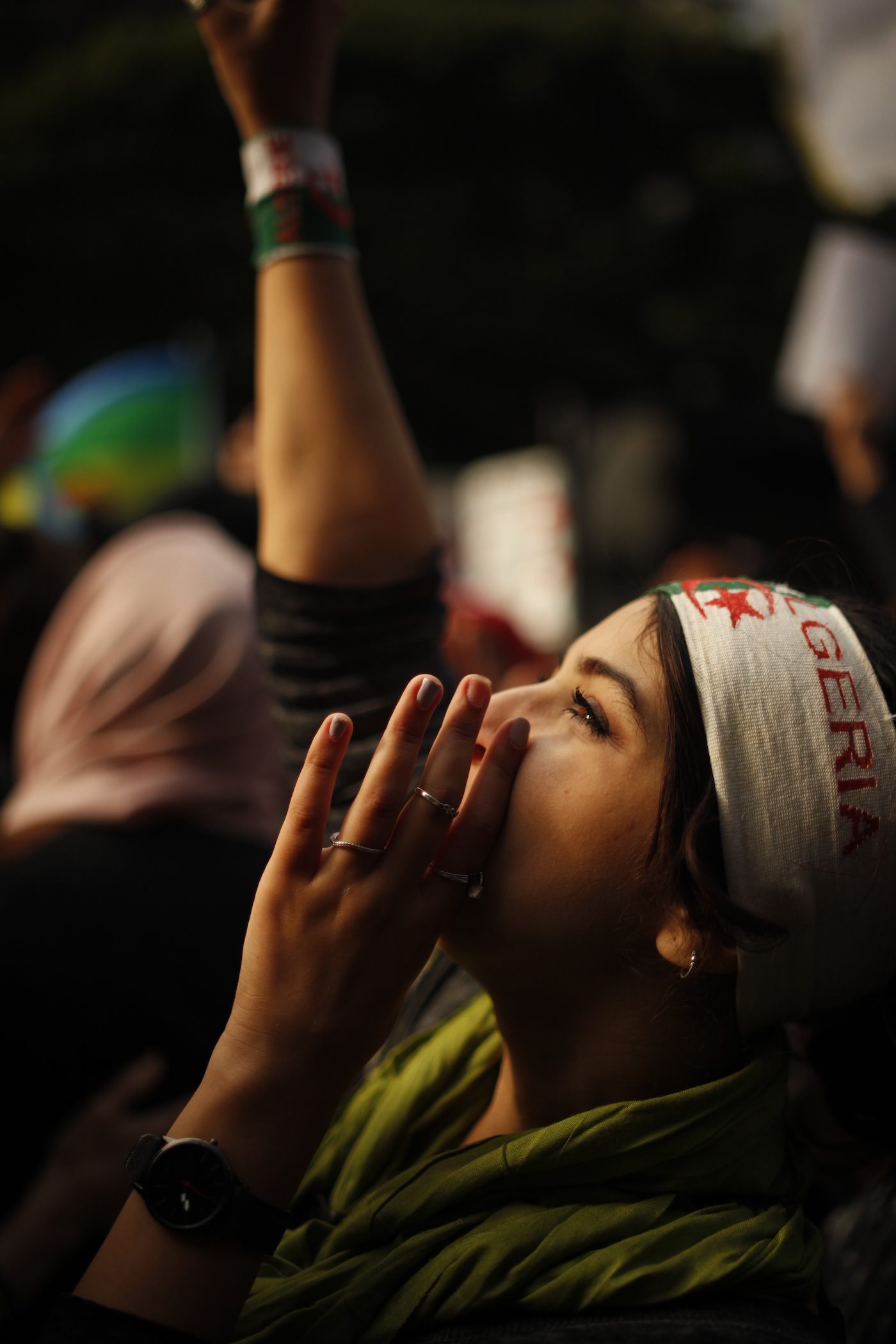 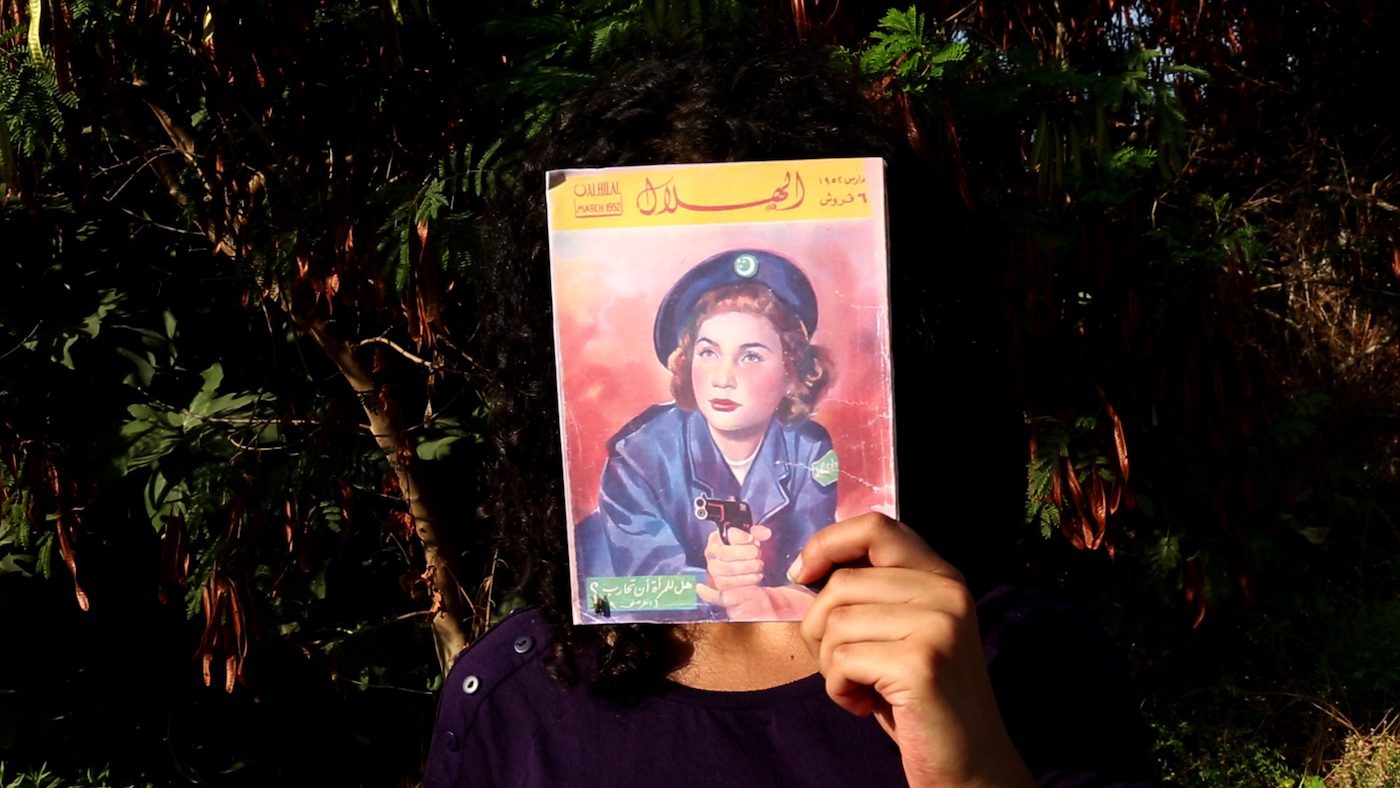 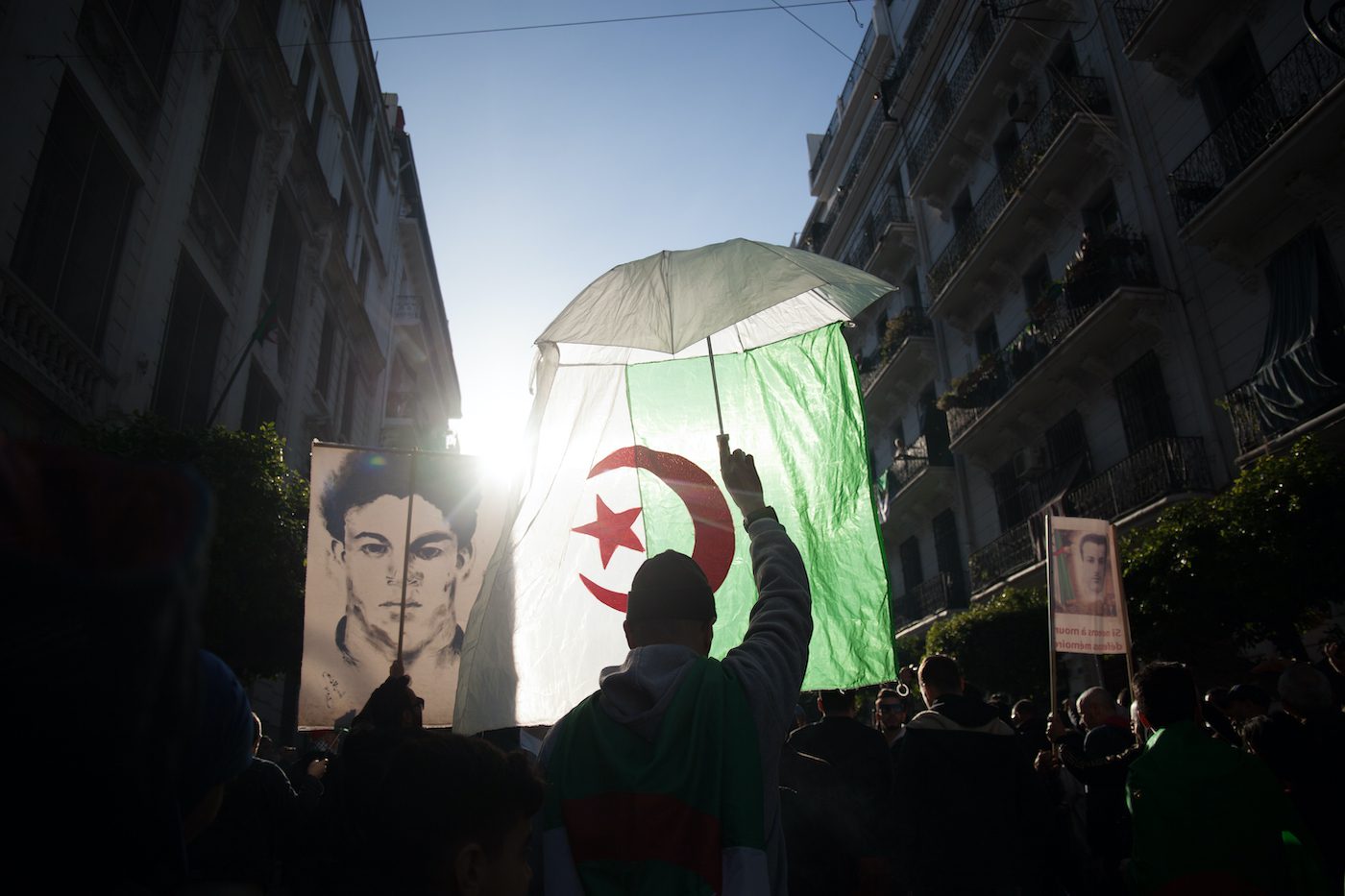 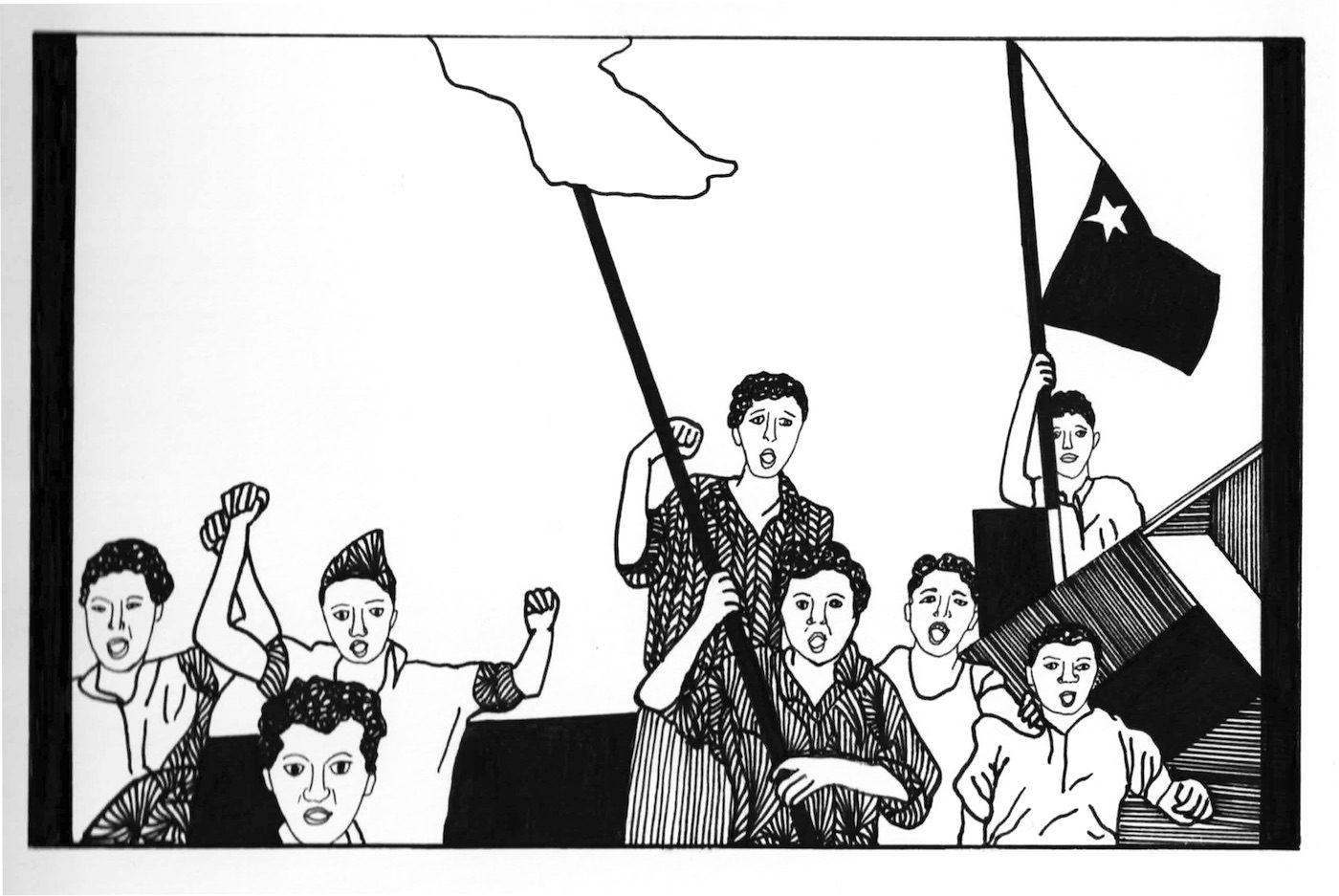 As the subject of Abdelkader Damani’s Africa 2020 exhibition, Algiers is the city whose architecture speaks of melancholy, struggles and dreams.

Situated on a hill overlooking the sea, Algiers, says Abdelkader Damani, is a city suffused with a gentle melancholy, where the inhabitants are swallowed up by its architecture. The exhibition curator and director of FRAC, the contemporary art center in Orleans (France), has chosen the African capital as the focus of his artistic explorations for the Africa 2020 season. He has turned it into a place where struggles are perpetuated, where we tip over from dream into reality.

With a work portfolio that includes curatorship of the Orleans Architecture Biennale in 2017 and of the Rabat Contemporary Art Biennale in 2019, Damani is also an ardent champion of feminist critique, which makes gender equality an essential condition of all freedom.

Contemporary And: Devised together with the Algerian curator Nadira Laggoune, the exhibition Algiers, Archipelago of Freedoms presents Algiers as the scene of a series of revolts. What are you exploring here?

Abdelkader Damani: Algiers, Archipelago of Freedoms commemorates a very important moment, the Pan-African Cultural Festival in July 1969, when all the revolutionaries arranged to meet in Algiers, from South Africa’s ANC to the Black Panthers.

Several decades later, February 2019 witnessed the birth of the Silmiya (Arabic for “peaceful”) movement, which was later called Hirak (or “movement”). It was like a dream. The young people involved were courteous and well-organized and displayed an unexpected political acumen.

The exhibition thus references Algiers both as a city and, more particularly, as a symbol. It has been known for a long time as the “Mecca of Revolution.”

A powerful magnet that focused the attention of many people, Hirak has its origins in Algeria in October 1988 [on the back of riots that led to the collapse of the one-party system—Ed.]. It was followed by a dark decade of violence and the subsequent accession to power of Abdelaziz Bouteflika. Nadira and I were interested in what motivates this feeling of freedom—situated between the memory of the past, the yearning for tomorrow, and the recovery of the self?

We went in search of expressive modes and forms that would tell the story of this sequence of events from 1969 to 2019 without turning the exhibition into a documentary or historical account.

C&: Your exhibition is deployed as a polyptych presented in different parts of Orleans, once again referencing the archipelago in conceptual terms. What does this idea evoke for you?

AD: The archipelago is there in Algeria’s name. Djazair means islands (in the plural) in Arabic. But most importantly it is a word that enables me to come to terms with what I am: a human being made up of a group of islands. You can live your whole life without having visited all the islands that constitute your being. It is a characteristic of artists that they want to go to all the islands.

In addition to this, the term also refers to the archipelagic thinking of Edouard Glissant, who suggested clearing away continental (European) thinking, which had become torpid in terms of its history and identity.

Within the archipelago there is a kind of restless wandering, a phenomenon that cries out for discovery. It evokes a sense of unity without connecting things together.

C&: How do you question forms of freedom in your work with the guest artists?

AD: We show a rather idiosyncratic piece by each artist. For example, Sadek Rahim came up with a project that I found very moving. He invoked the memory of two Algerians who had won the Paris-Dakar Rally in the 1970s with a truck they had built in Algeria. For him, it was a way of saying, here’s how to recover one’s freedom. The forms of conquest are not always what we think they are.

We enter the exhibition by way of a work by Zineb Sedira, a kind of huge apartment from the 1970s that commemorates Pan-Africanism, and exit, after our tour through the exhibits, with a video by Drifa Mezenner, a young videographer. Her work brought me to tears. It is extremely simple but breathtaking in the way it talks about the 1990s and the sense of absence.

On top of that there are more overt works like that of Fatima Mazmouz, who created a totem as a homage to women revolutionaries, and Caroline Gueye’s portrait of revolutionary men.

The exhibition will be accompanied by a film program and meetings and discussions centered on this fundamental idea of the forms that freedom takes and the crucial role that women’s emancipation must play.

C&: What space does your exhibition give to women’s quest for freedom?

AD: We gave women a privileged position in this exhibition, including, most notably, a collective of three women who are in the process of assembling an entire archive of feminist rebellions in Algeria from independence in 1962 to the present day. It is an archive that is based in reality but also engages with the imaginary of art. We thought it was essential to integrate their work.

I have come to the conclusion that when it comes down to it, we should let go of all the problems of humanity and focus on one single concern: women’s freedom.

I have the feeling that a human society that operated with feminist paradigms could overcome all the challenges it faced, but we would have to rethink our way of life on the basis of a feminist critique.

C&: You say that “the revolution creates images.” What are the actual images that foster the link between aesthetics and politics?

AD: First of all, there is an old archetypal image that the whole world seems to want to reproduce at all costs: that of the French Revolution of 1789. All the uprisings in the countries of the South take this as their model. This first archetypal image is recreated in all the protest marches and occupations of public space.

The second image overlaid on this is that of physical coexistence. In February 2019, we had the impression that it was the first time that Algerians as a whole had organized themselves to come together. When the people realized what was happening, they finally began looking at each other and creating an image.

This was the moment when placards and slogans started proliferating. Everyone wanted to play the game and be a part of the narrative. It was a kind of choreography that everybody needed to find their place in.

Robert Filliou said, “Art is what artists do.” I’m not so sure anymore. What happened on the streets of Algiers is a collective performance in the artistic sense of the word. Artists are no longer acting alone—civil society is in the process of appropriating aesthetic language because it has understood the link between aesthetics and politics.

Salsabil Kettaf is a journalist focused on Africa and the Middle East. Based between Tunis and Algiers, she is currently working on North Africa.

The exhibition Algiers, Archipelago of Freedoms as part of Africa2020 Season is on view from 4 June 2021 through 2 January 2022 at Frac Centre-Val de Loire in Orléans, France.