Restitution Alone is Not the Answer

Looking at the histories and contemporary cultures of Black people in a global context – that’s what the Museum of Black Civilisations in Dakar is trying to do. But with what should this enormous new space actually be filled? Restitution alone will not repair the cultural loss that colonialism has left, argues C& author Tikam Liese Sall.

Installation view of a exhibition at the new Museum of Black Civilizations in Dakar, Senegal. Photo: Maya Varichon

Hearing that the gigantic Museum of Black Civilisations was being inaugurated in my hometown, Dakar – in December 2018 – made me very proud; especially after the boiling debate around the restitution of African artifacts from Europe. It could be the perfect answer to the stigma imposed upon African countries of lacking enough modernity and efficiency to showcase art and enhance its value. When I walked through the museum a few months ago, I found myself wondering what the aim behind this giant project was, and if it could be a promising option for the art and heritage that has to be restituted. 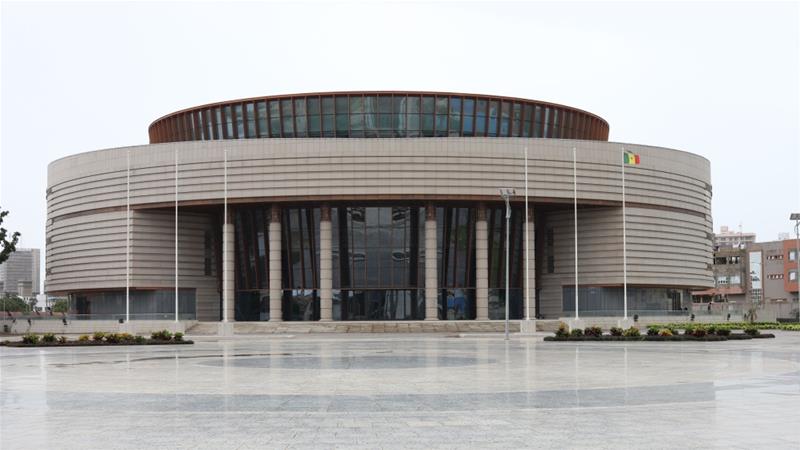 El Hadji Malick Ndiaye, an expert in Senegalese art, gave me his perspective on these questions. He is an art historian and researcher at the Université Cheikh Anta Diop, as well as curator at the Théodor Monod museum for African Art (IFAN), both in Dakar. He was a committee member of the configuration project in 2016 and worked on the conception of the Museum of Black Civilisations until its opening in 2018.

Ndiaye explained that the museum is a political project, build by Chinese investors in front of the Grand Théatre, which they also financed. For them as well as for the Senegalese government this is a political and economic strategy. Some Senegalese – myself included – see this critically. Though the project of the museum has existed since the time when Leopold Sédar Senghor was Senegal’s first president after decolonization in the 1960s, he could not accomplish his idea because of missing funds. During the period of President Abdoulaye Wade (2000–2012), the idea was restarted as a cultural park. And yet these monuments could not be established without external investments. 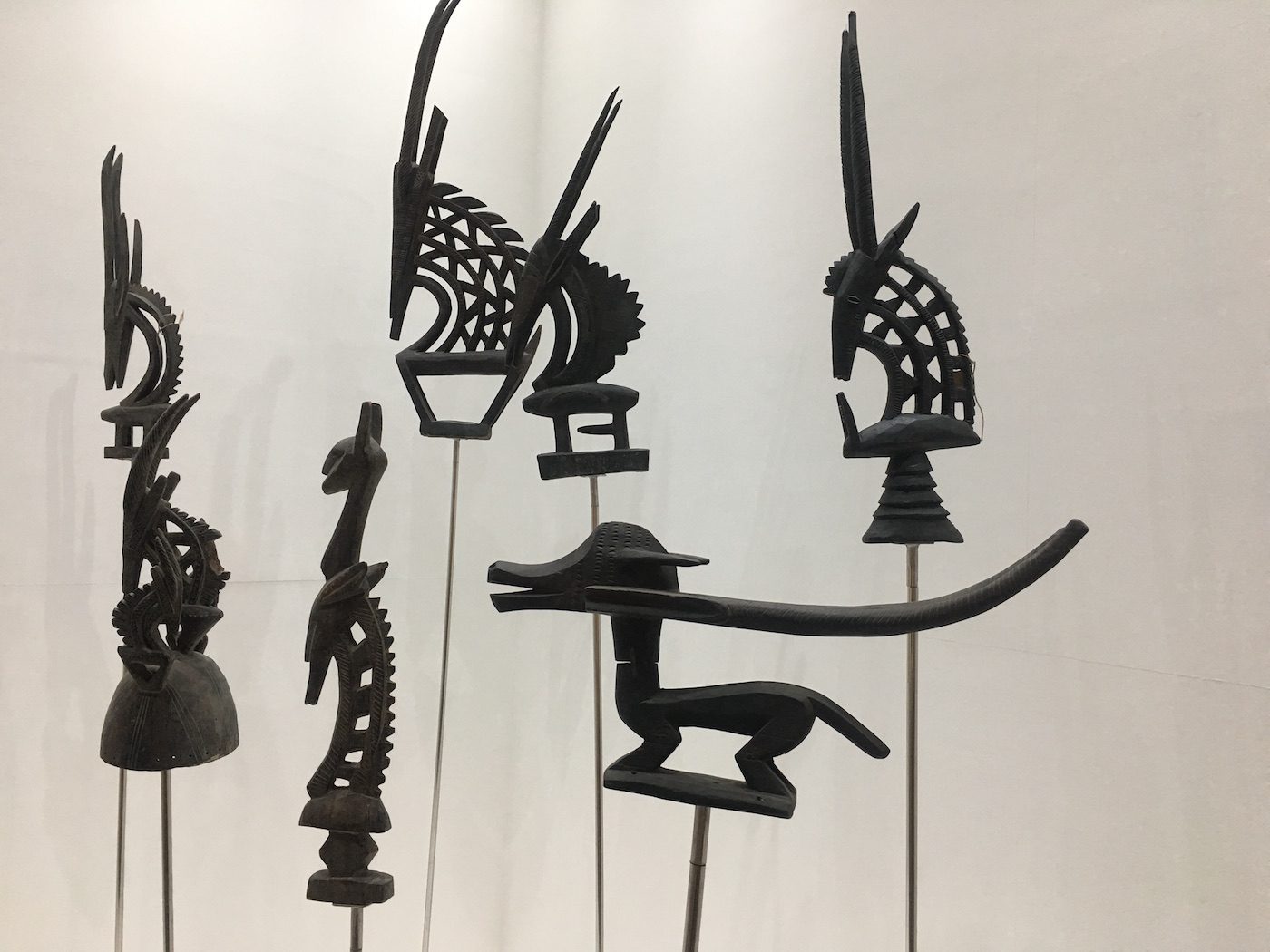 For the Senegalese government the museum is part of a global strategy of cultural leadership with which to reposition itself. Dakar, as a west African hub, needed evidence of its cultural influence. The museum’s overstated scale and visibility was deliberate, so as not to be equated with Senegal’s other private and smaller museums. The building and inner architecture correspond with international standards, but the design of the edifice goes along with traditional housings of the Casamance region in the south of Senegal.

My overall impression of the museum left me only partly satisfied. Especially because some of the masks and traditional objects on display here are simply borrowed from European museums. From the Musée du quai Branly in Paris for instance, or from the Royal Museum for Central Africa in Tervuren, Belgium. Borrowing your own cultural heritage, because it has previously been stolen, seems absurd to me. Furthermore, the modern art section surprisingly includes many pieces by Latin American artists, such as The Merger from Mario González and Niels Moleiro. Although their work is displayed to reinforce cultural continuity – Afro-Cuban culture was also represented through the example of Leandro Soto – I would have preferred to see an empowerment of the young artists of the African continent in the museum’s first display. But filling this museum for its opening was an issue in itself. The gallery has capacity of over 3,000 square meters, and there was not enough material available. This shows the absence of artworks in Senegal and the loss in cultural legacy. Restitution alone cannot repair such damage, which is why former colonizing countries need to recognize the lifetime-lasting consequences of their actions.

Malick Ndiaye explains that, while the restitution debate is not new, it had little visibility before the speech of French President Emmanuel Macron in Burkina Faso in December 2017. Macron was answering to political pressure from African states at the time – to research and articles that had already been published, but had not had great influence until then. But Malick Ndiaye states that the outcome of the report of Felwine Sarr and Bénédicte Savoy, published in December 2018,[1] is not enough. Senegal must continue to put pressure and formulate a legal demand to achieve concrete steps and political measures for restitution, he says. 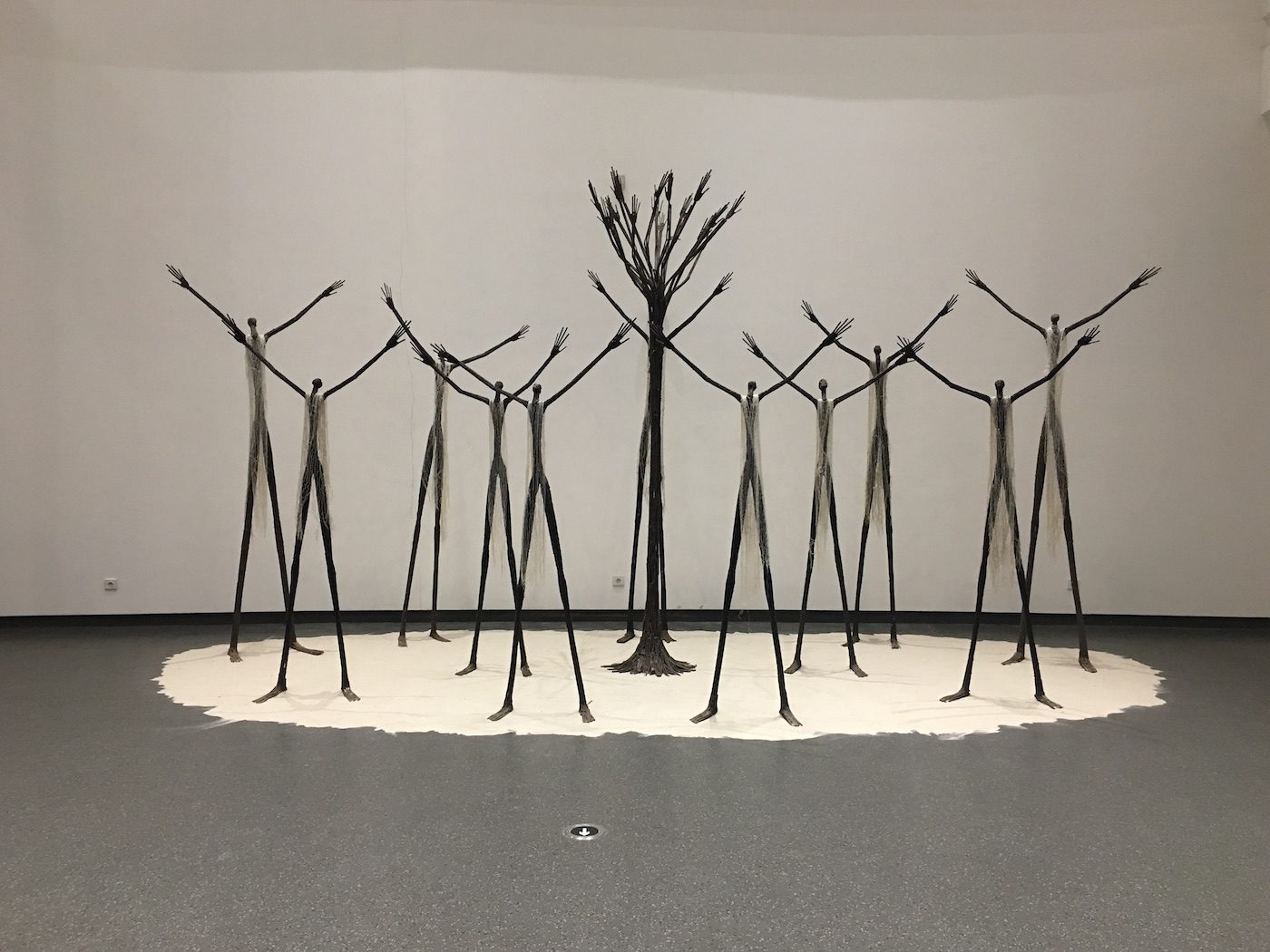 Installation view of a exhibition at the new Museum of Black Civilizations in Dakar, Senegal. Photo: Maya Varichon

He adds, however, that those behind the restitution discourse never meant to reclaim and regain all the artifacts from European museums, just certain pieces that are important for the culture, history, and heritage of each country. He takes the example of the bronze throne of Benin, a rare artwork that needs to be in its original place. Emptying European museums of their African collection would not make any sense, says Ndiaye. African work should be found around the world to encourage cultural exchange. Promoting knowledge about other cultures goes along with broadcasting their work and art. Nonetheless cultural exchange is far from appropriation of stolen cultural properties and heritage.

Portrayals of African states as irresponsible and incapable of conserving and securing cultural objects shows how European states are still reiterating colonial power structures. It is a strategy to keep African artifacts in Western countries and to lower the debate about restitution. Africa is being stigmatized for deteriorated storage conditions, but these also exist in Europe, says Malick Ndiaye. Conservation issues arise internationally, so Europe as the ideal place for any kind of art is a Eurocentric myth. Senegal is constantly evolving in terns of training and forming schools for conservation. A lot of training schools on the continent are expanding and training the next curators and experts. The Museum of Black Civilisations is just one example of sufficient capacities to welcome and exhibit art on the African continent. 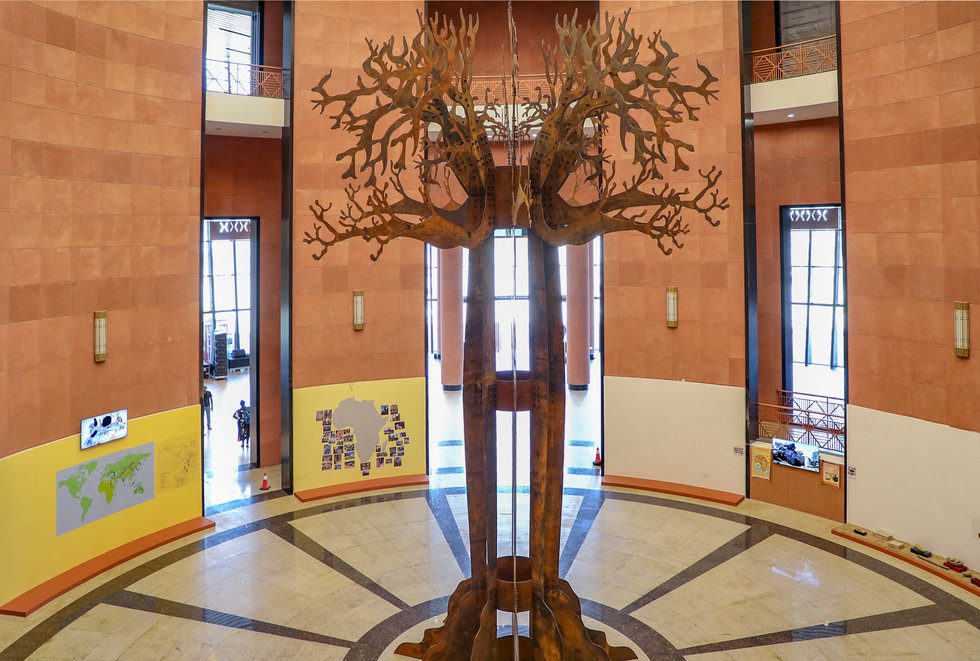 Overall this museum is a great platform for Senegalese and African artists to showcase their work. Like the Senegalese artist Mansour Ciss Kanakassy, who is currently living in Berlin, or Moustapha Dimé, a leader of contemporary art in Senegal, most successful contemporary African artists exhibit abroad before being shown in their home countries. And in this respect the new national museum is also a reflection of the developing standing of Senegalese society as an art audience. The remaining question is how to make it accessible for the Senegalese population: The entrance price is not affordable for local disadvantaged people, just for the privileged. Commonly, museums are mostly visited by tourists and academics, but the strategy of the Museum of Black Civilisations is to develop a dynamic concept, becoming not only a place for exhibitions but a place for sharing knowledge and exchange. This is why it includes seminar and conference rooms and a research department. Emphasis has also been put on school trips for pupils and scholars to visit the museum. This project is an active challenge, that should empower its local artists and move toward accessibility to promote Black civilisations in meaning and in history.

[1] Sarr/Savoy, The Restitution of African Cultural Heritage: Toward a New Relational Ethics, Report to the French President, November 2018, available here.