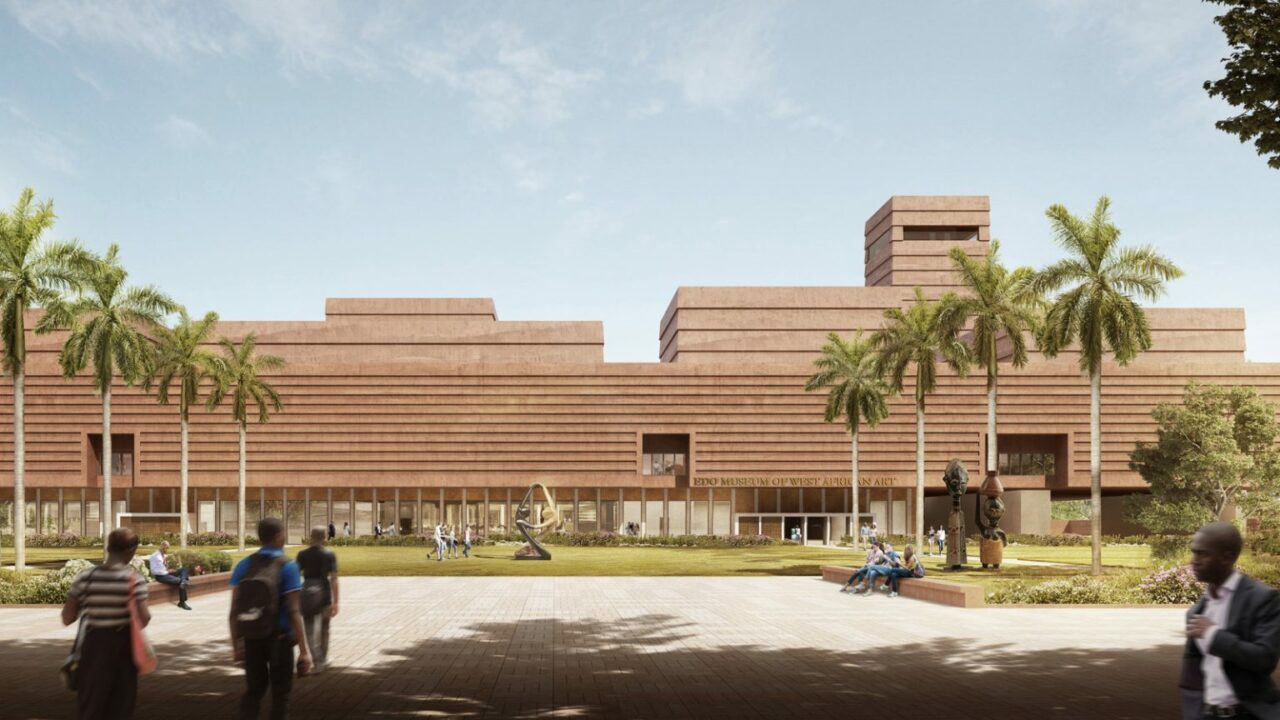 We asked 9 art professionals from the Nigerian art scene for their thoughts on the meaning of Germany returning the Benin bronzes in 2022.

It means I wouldn’t have to travel to western Museums to see the works of my Ancestors, and this is a communal feeling. The Benin Bronzes are carved elephant tusks, and ivory leopard statues, as well as wooden heads looted from the Benin Kingdom in 1897. These items have spent a century and a half away from their rightful home. Years have been spent attempting to plug the gaping void in our art history that this unsavoury event has left.

The debate over the Benin bronzes, which were looted by the British and returned by the Germans in 2022, is not one we should be having right now. The items belong to a culture, a people, and they should be returned because they hold meaning in our society and are an important part of our vernacular art and history. These items will serve as reference points for our people working in the culture and arts sectors, and more importantly, we will be able to save the future generation from the ripple effects this has caused to our collective history.

The returning of stolen property is always welcome, but it is clear which party benefits the most from this act of benevolence. There was no press release or media brouhaha when these bronzes were stolen, hence their return should be made in silence and with commensurate reparations on account of:

Museum tickets sold for over a century.

Sponsorships and funding received  for exhibitions, research, loaning, and other projects surrounding the keeping of these works.

Emotional trauma to an entire community, city, country, and continent.

Funding for the storage and conservation of the returned bronzes for another century.

Knowledge and technical ability lost on account of the punitive expedition which paved the way for the looting of the Benin bronzes.

The subject of this return cannot and should not be fragmented or localized—over 2000 bronze pieces were looted out of the Benin empire by British forces, hence, all the players in this conversation should put their heads together and see to the complete return of all the works. The first step would be to prohibit their display in Western Museums.

Unlike the over, 8000 human bones as well as Namibian skulls held by Germany and returned in trickles, the Benin bronzes will not be used to score cheap political points; No apology is needed.

If there are no plans to meet these conditions or at least begin to scratch them, then the return of the works is pointless. If Germany needs to confront its colonial past, that should be the problem of Germany, the Benin bronzes should not be used as a cheap shot towards atonement.

A Hundred and Twenty Four years is indeed a long time to make a decision to return what was stolen. The big question is—of what value are these works to the average person on the streets of Nigeria? There has to be a consideration for the original intention behind the creation of these pieces and their appropriated usage in Western Museums. Their return must cost just as much as their theft did.

Their return must cost just as much as their theft did; there can be no quick fix.

These Bronzes are among the over a thousand artefacts looted by British forces in the infamous invasion of the Benin royal palace in 1897.

When mentioned in art history classrooms or in public art and culture fora in Nigeria, it leaves many with a kind of angst that has led to the stretched clamour for their return while highlighting the inappropriateness of their acquisition.

Sustained demands and positive engagements have caused a rethink among cultural administrators and political leaders in the west, which is now yielding fruits. As we await the restitution of these artefacts, there is a need to move beyond arguments that will impede fruitful outcomes.

In Benin city, the origin of the bronzes, a museum designed by David Adjaye, the world-renowned Ghana-born architect is underway. Championed in Nigeria by public and private sectors collaboration and international support, the museum will hopefully receive these works soon.

Restitution for what it stands for is to make things right from the standpoint of a perceived wrong. It should entail everyone honestly working together to realize it without allowing the loss of any part of our world artistic heritage.

Germany’s promise of returning some of these long-anticipated artworks should hopefully have a steady paced concrete plan that will encourage other willing institutions and countries still prevaricating to appreciate the imperative of completing the process.

Returning the artifacts is a welcome development because the battle for the return of the objects has been a long and complicated one.

The questions are how do we authenticate the originality of what they are bringing back? How prepared are the museums to house the works in conducive environment? What of the manpower to preserve them? How safe will these objects when returned? How much value do we truly attach to them?

These are questions the National Commission of Museum and Monuments (NCMM) will provide answers to. However, there is another argument that what the west is returning are like banana peel after eating the banana. Will the west be ready to pay interest on the proceeds made out of the artifacts in the past hundreds of years?

It is a welcomed development. Now the Nigerian government should be at the center of all of this (return of the bronzes). Government should empower the ministry of information and culture under which the museum belongs and foreign affairs to use all the international diplomatic avenues through UNESCO, through UN, through bilateral relationships to seek for the return of these artifacts not just from Germany but from other countries.

Keeping these things (bronzes) away from us is robbing several intellectuals the capacity to deconstruct these art works, while Europeans have used our old art work to create new art works in their country. If we continue to keep it there (in Europe), they are advancing from it in multilateral ways, while we are losing.

My fear is that the values of those works will plummet. The word is plummet, because what is making our people clamor for the return of the objects is because of the high value it attracts.

What I have always advocated is that we should enter into agreement with those who are holding our objects of ethnography and archeology and look inwards first. While looking inwards, that agreement should give us the legal title to those works, and therefore attract royalties on a regular basis until a UNESCO sponsored monitoring program is put in place to ensure that those works receive the kind of attention that they have always been receiving around the world. It is only after the UNESCO sponsored monitoring team confirms we are ready that the works should be returned.

I think it is a great thing that Germany has come to that point that they realize that they cannot continue to hold our art works. There is something fundamentally wrong in learning about your culture from the outside.

It is a welcomed development, we hope that they would not just return the works, but they would also partner with the Nigerian authorities to ensure that the works are properly displayed and preserved and they continue to be part of our heritage. It is also a way to build cross cultural ties within the two countries, and it also builds better development opportunities within the two countries. My take is that it will be a call to other countries to follow suit and return the objects with them.

Germany is the first country to make this kind of move and it is a good thing they are making this effort as a country.  For Germany doing this, and finding the political will power to actually do what most countries have not decided to do, it is a welcome development. I believe that this will also help other countries to rethink their stance of returning the looted items from 1897.  This also gives those who have been sitting on the fence or those who do not have the political willpower to return the looted items a reference point. Yes it is great.

I am excited about the return of the objects back to Nigeria. The only way to grow as a people in any part of the world is by understanding your culture and your history, but you cannot understand it when the ‘lessons’ are far away. I only hope that it does not end in returning the objects, but it will involve collaboration, where the German and Nigerian governments do everything in their power to ensure that the artifacts do not lose their value because they have changed base. This for me should be the motivation behind this good gesture.