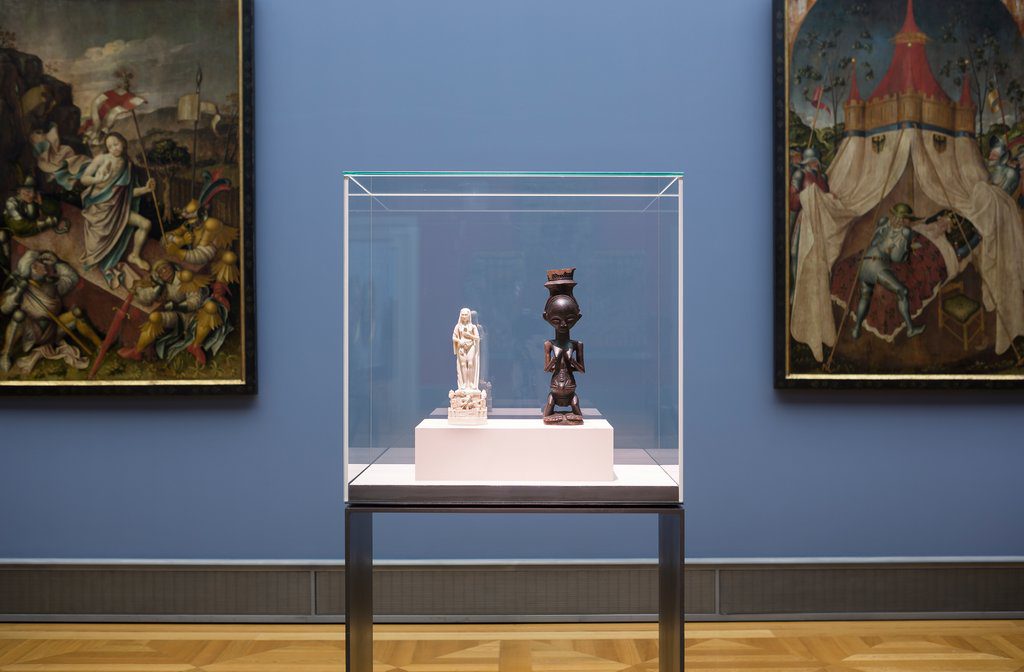 After the important report on the need for restitution of looted African artifacts held in French museums written by Bénédicte Savoy and Felwine Sarr, the German Federal Government Commissioner for Culture and the Media, the Federal Foreign Office Minister of State for International Cultural Policy, the Cultural Affairs Ministers of the Länder and the municipal umbrella organisations revealed their own report on how to deal with Collections with looted art. Read here the Preamble and a short extract from the key activities and objects they agreed on 13 March 2019.

“We, the Federal Government Commissioner for Culture and the Media, the Federal Foreign Office Minister of State for International Cultural Policy, the Ministers of Cultural Affairs of the Länderand the municipal umbrella organisations, acknowledge the historical responsibility resulting from German colonialism and the responsibility deriving from actions marked by colonial attitudes. The injustices committed during the colonial era and their repercussions, some of which pertain still today, must not be forgotten.

Addressing Germany’s colonial history, one aspect of our society’s shared culture of remembrance, forms part of the basic democratic consensus in Germany and, beyond the realm of politics, is a task for all sections of society, including the cultural, education, scientific and academic spheres and civil society. This presents us with major historical, ethical and political challenges. A sincere, credible and sensitive approach to these challenges is a task for the whole of society. Such an approach should be based on dialogue inaspirit of partnership, understanding and reconciliation with the societies affected by colonialism.

It is our belief that all people should have the possibility to encounter their rich material cultural heritage in their countries and societies of origin, to engage with it and to pass it on to future generations. Germany recognises the importance of cultural objects for the cultural identity of the countries of origin and the relevant civil societies and, not least for this reason, in 2007 ratified and implemented the 1970 UNESCO Convention on the Means of Prohibiting and Preventing the Illicit Import, Export and Transfer of Ownership of Cultural Property.

We want to deal with collections from colonial contexts in a responsible manner in close coordination with the respective countries and societies of origin. In this connection, we want to create the conditions for the return of human remains and of cultural objects from colonial contexts which were appropriated in a way which is no longer legally and/or ethically justifiable. Together with the agencies concerned, we will handle returns with the requisite urgency and sensitivity.

Collections from colonial contexts come not only from former German colonies, but also from other parts of the world. Through the violent appropriation of cultural objects in the wake of European colonialism, many societies were robbed of cultural objects which are crucial in defining their history and their cultural identity. Cultural objects embody connections which are of fundamental importance for the cultural self-image of the society from which they come.

We recognise the need to heighten and spread an awareness and knowledge of colonial history and its repercussions down to the present day. All institutions whose collections include artefacts from colonial contexts have an important role to play in this regard.

The Federal Government Commissioner for Culture and the Media, the Federal Foreign Office Minister of State for International Cultural Policy, the Ministers of Cultural Affairs of the Länderand the municipal umbrella organisations regard the handling of collections from colonial contexts as a matter clearly distinct from the handling of cultural objects seized as a result of National Socialist persecution. It will not lead to any lessening of endeavours and measures to confront National Socialist injustice. The Holocaust was unprecedented and unparalleled.

Many German cultural institutions have long begun to address collections from colonial contexts and can build on the experience gained with completed or ongoing projects. We welcome the fact that the German museums have adopted guidelines and recommendations on the sensitive handling both of cultural objects and of human remains. At international level, these are the International Council of Museums (ICOM) “Code of Ethicsfor Museums”, and at national level the German Museums Association’s “Recommendations for the Care of Human Remains in Museums and Collections” and the “Guidelines on Dealing with Collections from Colonial Contexts”. We welcome the creation of a new field of activity, “Cultural goods from colonial contexts”, at the German Lost Art Foundation, the plans to develop an “International Museum Cooperation Agency” at the Federal Foreign Office and initiatives by the Länder, municipalities and Federation to digitise their collections and develop online platforms.

The provisions of the Act on the Protection of Cultural Property have applied to trade in cultural objects from colonial contexts since it entered into force.

We agree on the following areas of activity and objectives. Key aspects yet require to be specified and will be further developed ready for final positioning in a further process in cooperation with and involving national and international experts, in particular the German Museums Association, the International Council of Museums (ICOM) and the German Federal and Länder Cultural Foundations, and with the participation of the countries and societies of origin concerned.

8.) Requests for the return of artefacts from colonial contexts are to be processed promptly. At the same time, cultural heritage institutions are called upon to take an independent and proactive approach to identify artefacts in their collections which might bereturned,even if there has been no request for return.

9.) In principle, returns should only be made in agreement with the countries and societies of origin.