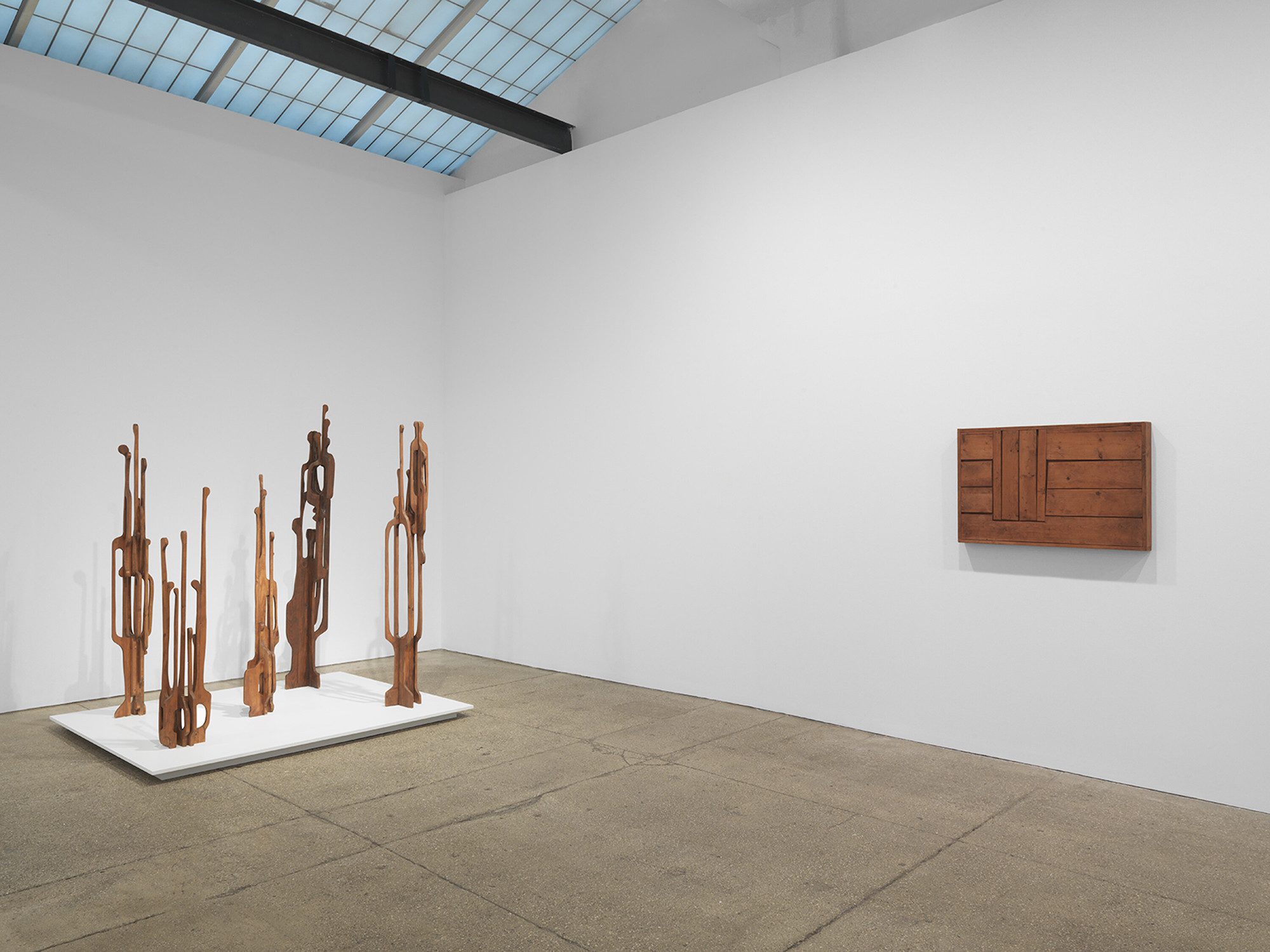 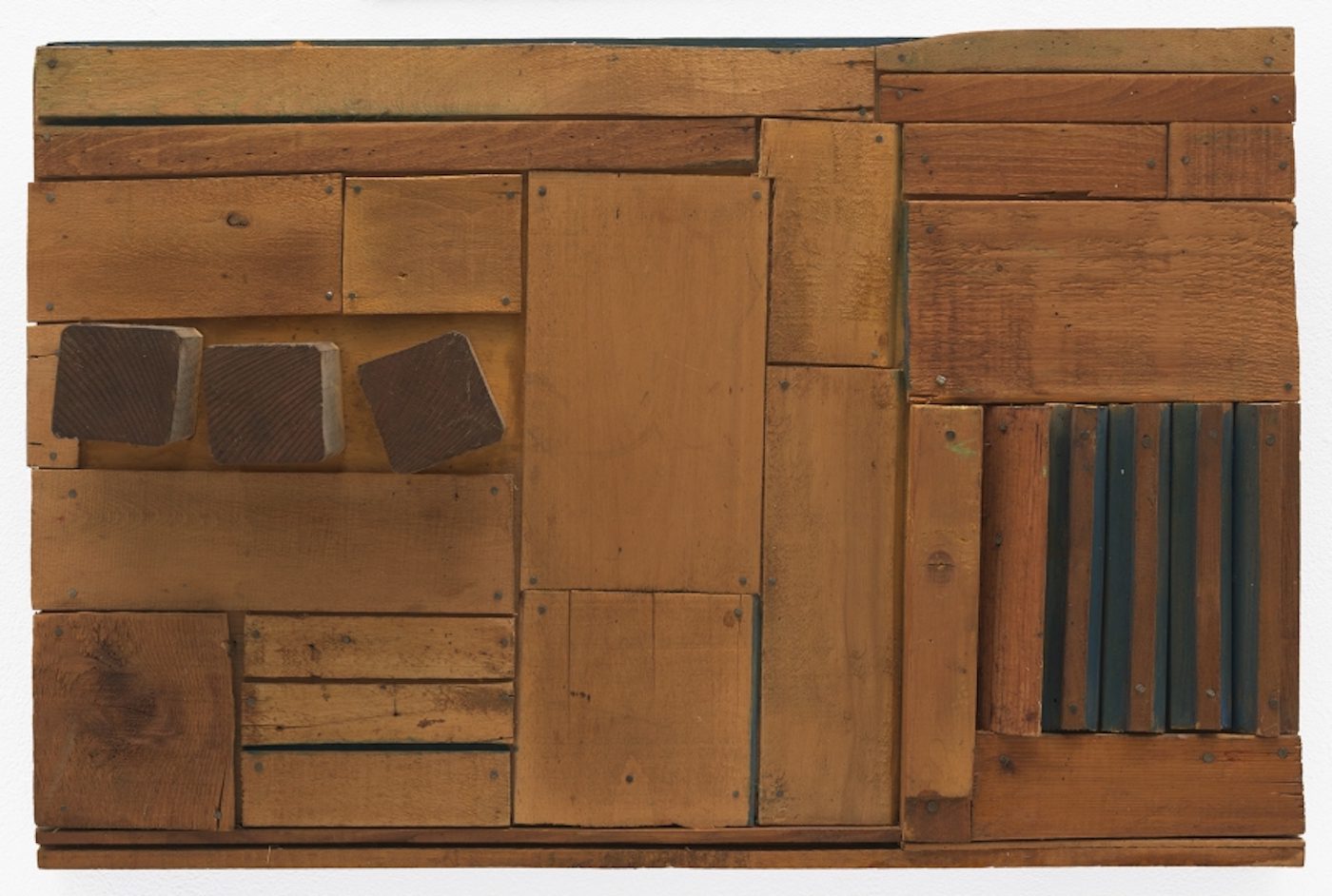 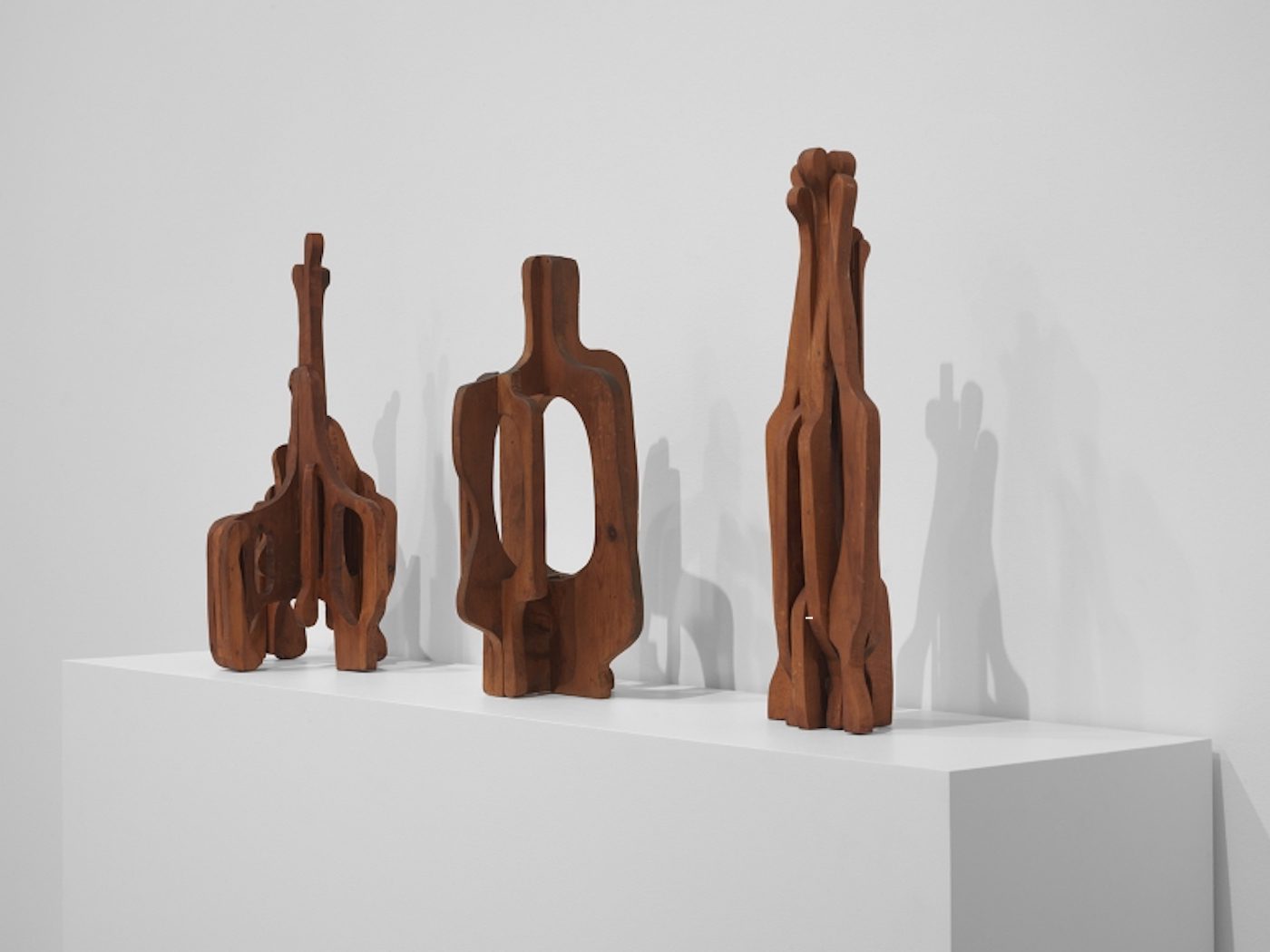 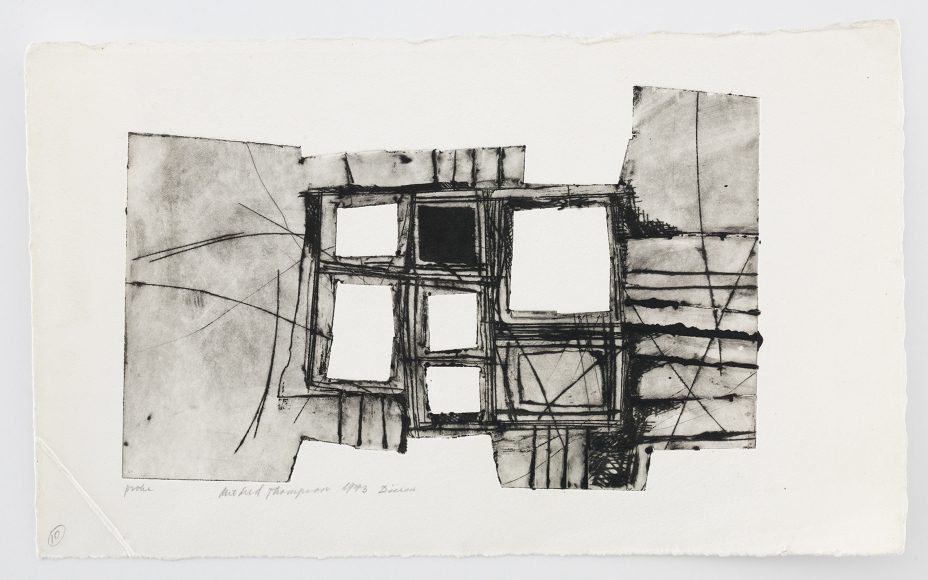 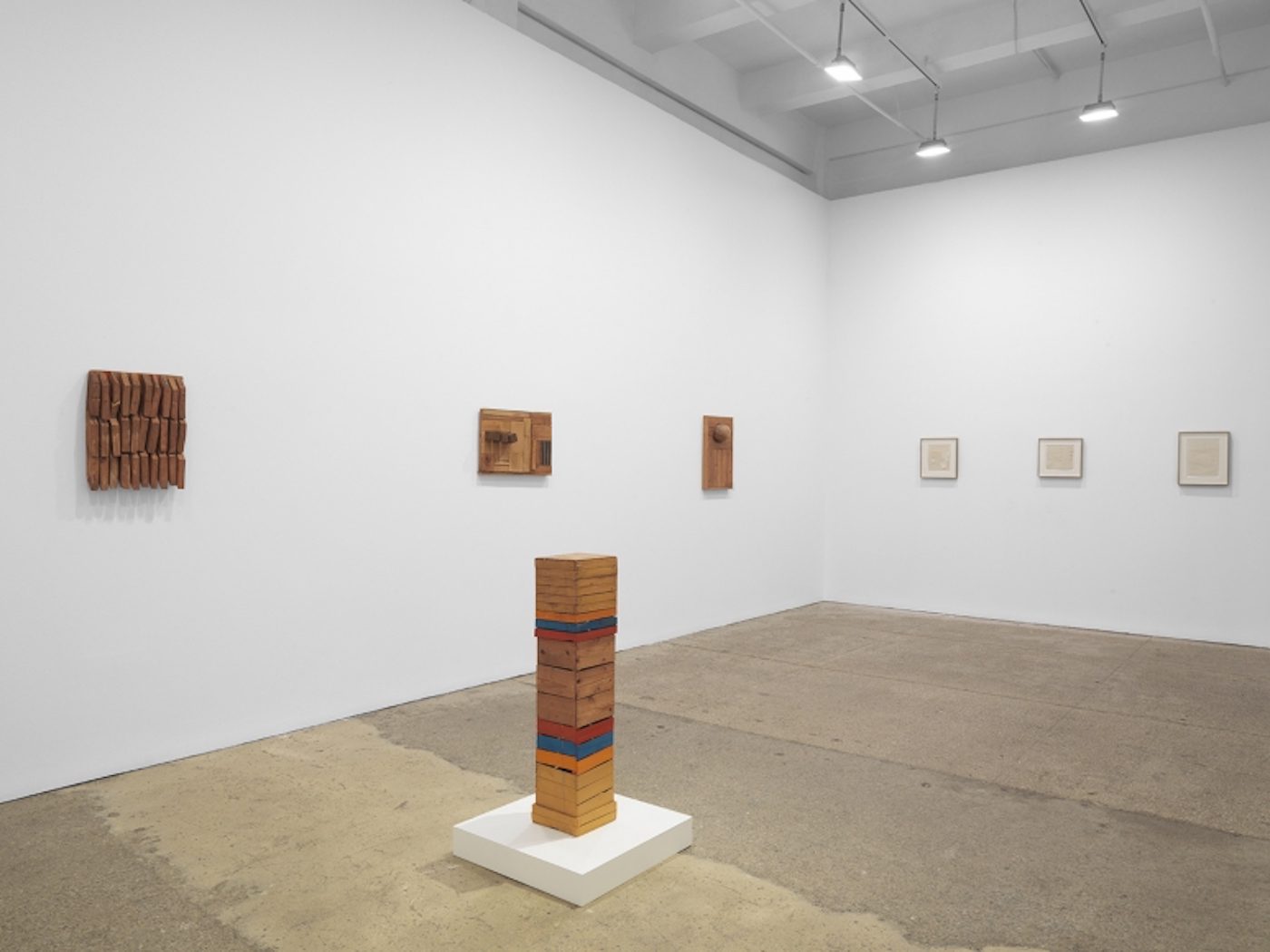 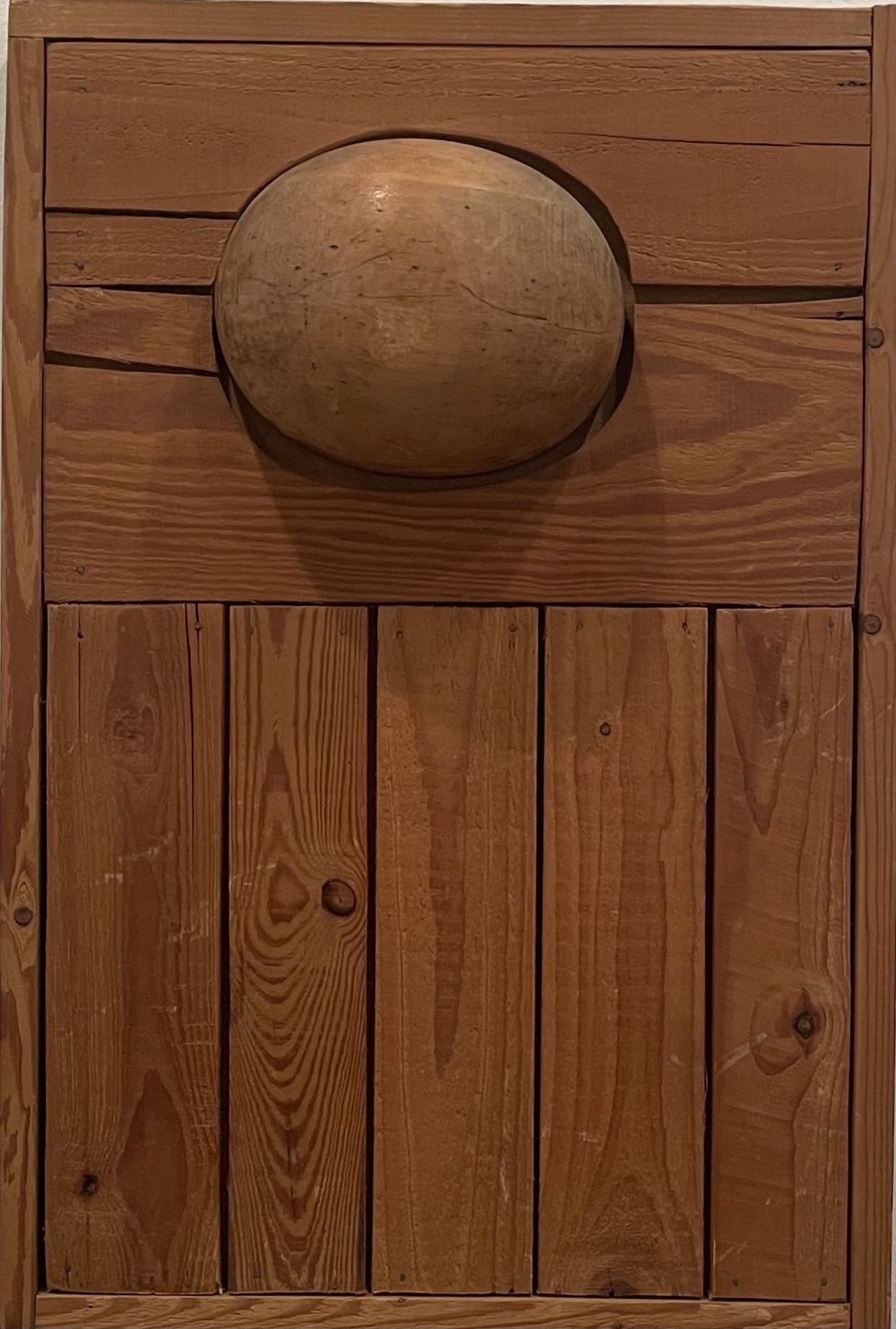 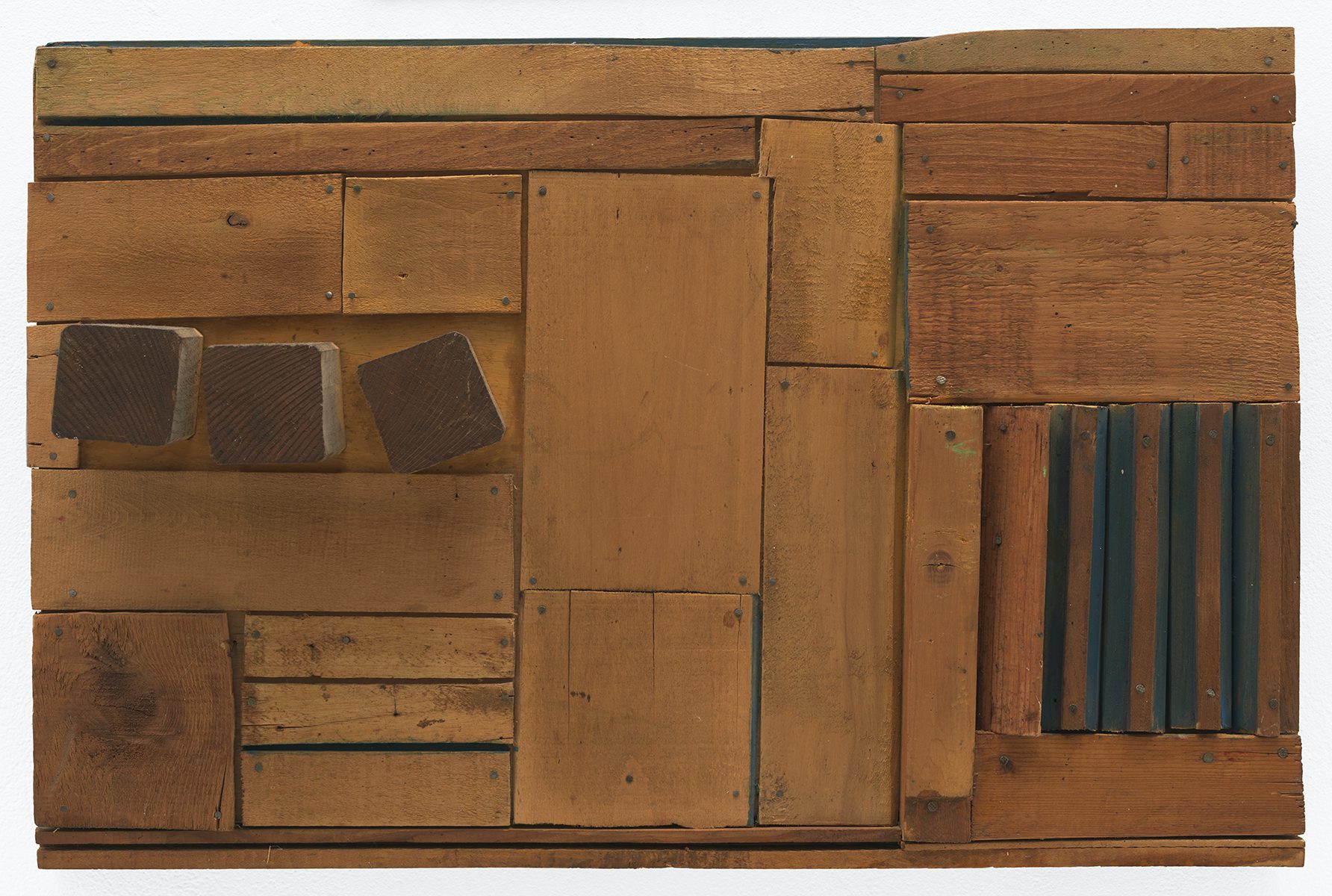 An artist’s role can have many sides: historian, reporter, scientist, or philosopher. However, their greatness rests on an ability to transform common material and the everyday into expressions of the broader human condition. Exceptional artworks arguably attain a universalism that builds greater empathy across the divides of gender, racial, national, or class difference. This search for transcendence is clear in the work of African American artist Mildred Thompson, as seen in the current exhibition Throughlines, Assemblages and Works on Paper from the 1960s to the 1990s, now on view at Galerie LeLong in New York. Despite her success in Europe, Thompson has been historically overlooked in Black art and modernist circles in the US. The rediscovery and recent exhibitions of Thompson’s work expands our understandings of abstraction and African American art.

Throughout her life and artistic practice, Mildred Thompson (1936–2003) continually pushed beyond familial, societal, and artistic limitations and expectations. Born in Jacksonville, Florida, Thompson began her art education at Howard University aged seventeen. After graduating in 1957, Thompson attended the Brooklyn Museum School to study painting, drawing, and sculpture. During this time she transitioned entirely to abstraction. Despite the strength of the New York art world and the wishes of her family, Thompson decided to continue her art education in Germany. Like many African American artists during the 1940s to the mid-1960s, she moved to Europe because of her encounters with racism and sexism in the US. Hoping for more opportunities to show and sell her work, Thompson lived in Europe between 1958 and 1985, returning to the US for only brief periods.

Did Thompson’s self-imposed exile push her to the margins of US art history? Or was she ignored because she refused to accept societal and artistic expectations for her work? While a concentration on figurative representation and racial injustice dominated African American art, Thompson strove for an authentic personal expression, intentionally differentiating her artwork in both form and subject matter. For her, the preference for figuration and content of work produced by an emerging Black Arts movement felt heavy-handed and limiting. Thompson utilized abstraction to speak of universal themes on relationships between humans, the built environment, and the natural world.

Thompson developed her distinct style in both two and three-dimensional forms. Using found and manipulated wood, the artist created “wood pictures,” blurring the lines between painting, sculpture, and collage. These works carefully articulate a balance between organic and manmade, as in Wood Picture (c. 1965). A masterful juxtaposition of natural elements and evidence of human intervention is seen in the disjunction between the rippling wood grain and the carefully ordered arrangement of the wood pieces. The smoothed and polished appearance of the protruding orb, shaped by the artist’s hand, contrasts with the rough surface of the surrounding planks.

Thompson’s 1973 silkscreen print series suggest a shift in her concentration on difference to address its presence across a wide spectrum of human experience. Utilizing line, geometric forms, negative space, and color, these works’ grid-like structure mimics architectural studies of urban spaces. With great skill and subtlety Thompson used abstract forms to emphasize individual expression, states of transition, confinement, and connectivity, each of which can be related to a universal perspective.

After her return to the US in the mid-1980s, Thompson settled in Atlanta. Here she moved toward a more organic form of abstraction, informed by her growing exploration of metaphysical phenomena and scientific systems invisible to the eye. Relating to the celestial body Venus, the evening star, Thompson’s Vespers series started in the late 1980s and continued until the late 1990s. These standing sculptures appear almost other-worldly. Interconnected pieces of wood are clustered at their bases and tops, while thinned bands of wood project out of their centers, giving them a hollowed appearance. Their forms, suggesting both growth and decay, point to aging and the cycle of life and death.

Throughout her artistic practice, it appears that Thompson aimed for transcendence in order to rise above expectations and limitations to reach a more authentic form of self-expression. Through the visual language of abstraction, her work speaks of universal human experiences with exceptional care and depth, building bridges and inspiring empathy.

Mildred Thompson’s work is on view at Galerie LeLong in New York through March 27. Go for a virtual tour here.