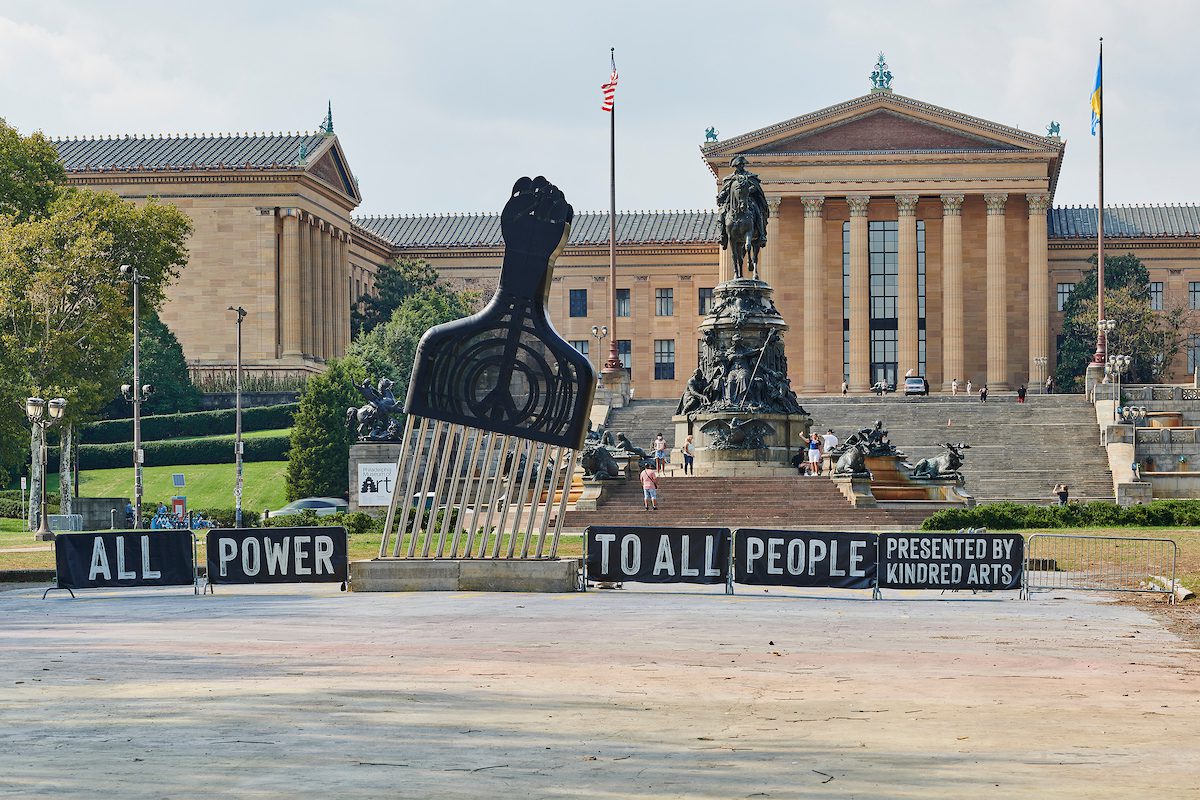 Hank Willis Thomas, All Power to All People, 2020. Photograph by Albert Yee. Courtesy of the artist and Kindred Arts.
1/4
1/4 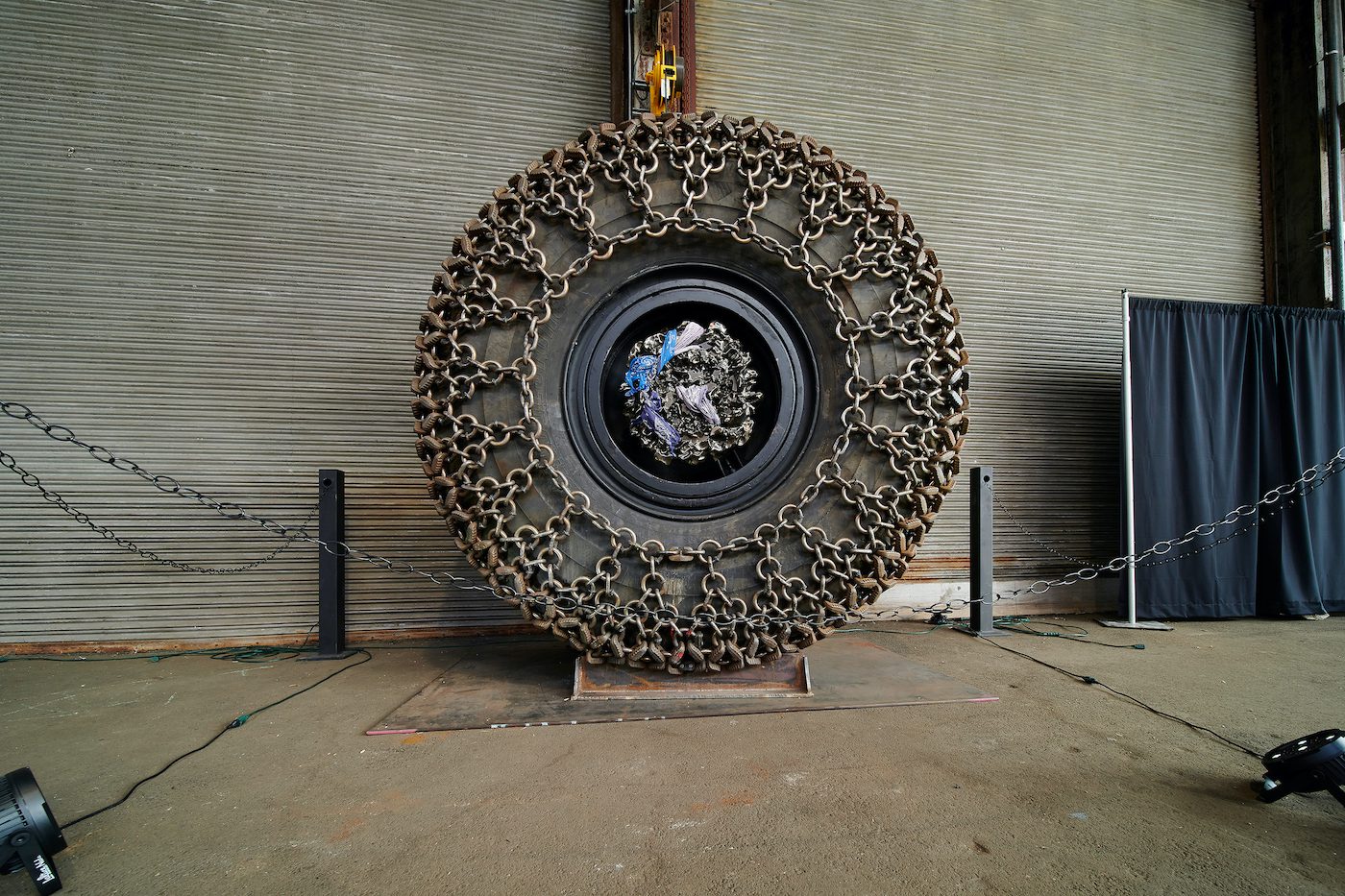 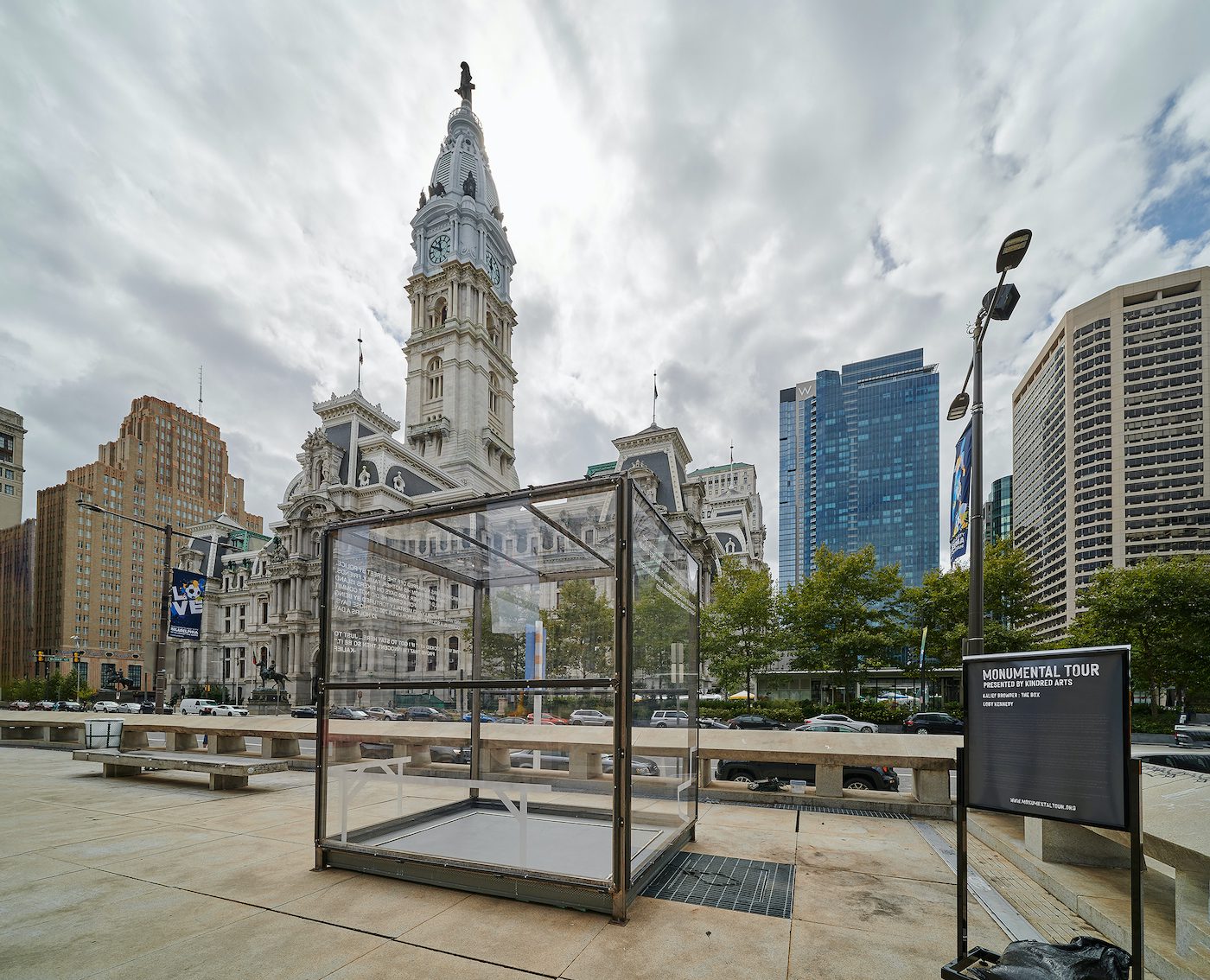 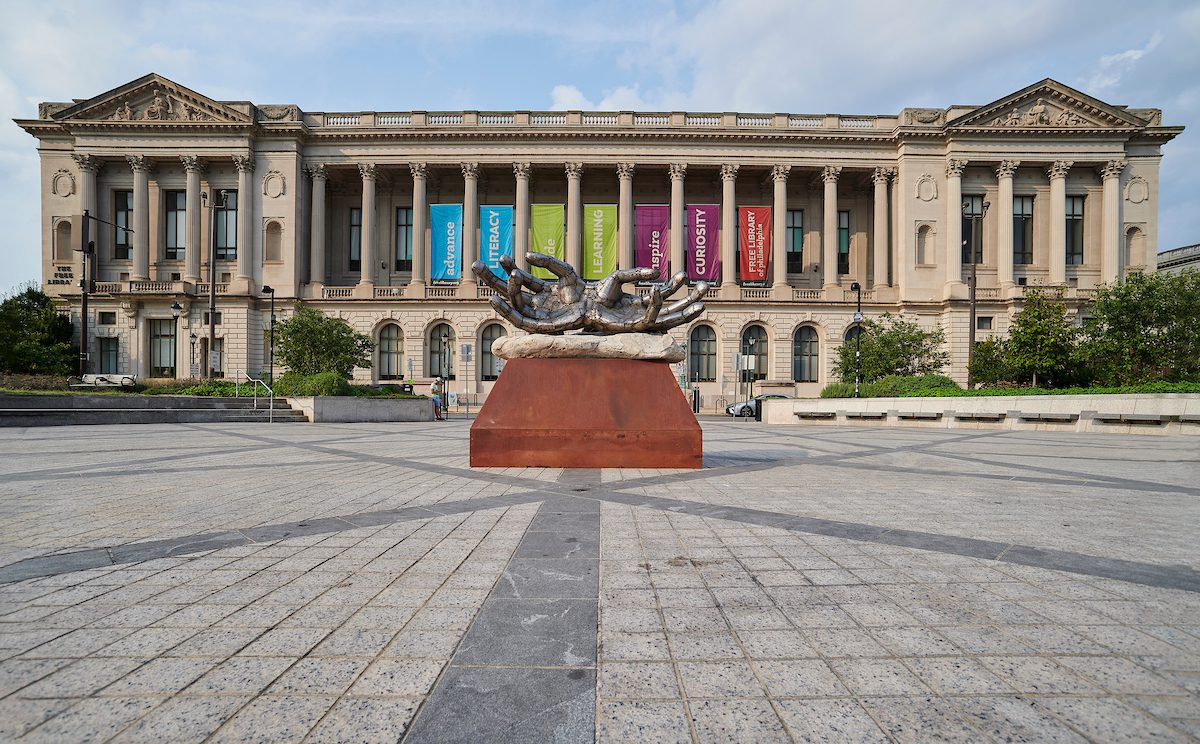 We spoke to the US arts activist about an exhibition in which she invites artists to create public works that question ownership of open spaces.

Hank Willis Thomas, All Power to All People, 2020. Photograph by Albert Yee. Courtesy of the artist and Kindred Arts.

Having founded a non-profit organization called Kindred Arts, Marsha Reid is on a mission to engender cultural equity by programming art exhibitions in public spaces across cities in the US. Kindred Arts’ Monumental Tour, a traveling exhibition, is being presented in its first iteration in Philadelphia until 30 January. The artists, Hank Willis Thomas, Arthur Jafa, Coby Kennedy, and Christopher Myers, have each created striking sculptures that pose timely questions about civic freedoms, social responsibilities, and ownership of open public spaces. “Much of my work is negotiating the right to be in public space,” says Reid. “To hold space is a powerful thing.” In her first interview with Contemporary And, Reid discusses her objectives for Monumental Tour and her passion for public art with contributor Sabo Kpade.

Contemporary And: How did you choose the sculptures for Monumental Tour?

Marsha Reid: Each work has its own beautiful origin story. They appeal to me on a performative level. The works call attention to each artist’s distinct visual voice and simultaneously engage with one another in a curated discourse. The sculptures invite the viewer to consider themes such as colonization, oppression, privilege, Black middle-class labor and the decline of industry, Black pride, Black power, Black joy, and subjugation. Collectively they honor and examine aspects of the African American experience, from the first slaves brought over in the sixteenth century to the present-day prison pipeline, and the struggle for liberation in between.

C&: What were the criteria for selecting host cities?

MR: It’s a mixed bag of aspiration and invitation. For example, while I dreamt about activating Oakland, which in 1966 was the birthplace of the Black Panthers, and found a way to make that happen, I have also responded to invitations from organizations who reached out to make it happen.

C&: Is there a conversation around making the installation permanent in Philadelphia?

MR: No, although we are often asked. It is a traveling outdoor public program.

C&: Please explain your choice of location for each sculpture in Philadelphia.

MR: For Hank Willis Thomas’ All Power to All People, I selected a site of high community: the Eakins Oval traffic circle is host to thousands of Philadelphians and visitors each week. The same for Cherry Street Pier, a mixed-use arts space, for Arthur Jafa’s Big Wheel. For Coby Kennedy’s Kalief Browder: The Box, which is both a memorial and a protest work, I chose Thomas Paine Plaza, which directly faces City Hall. The building and plaza have been a historic backdrop to life in Philly for more than half a century. It has been the staging ground for many demonstrations, from outcries over local policy to national protests. Recently citizens protested to demand the removal of a polarizing larger-than-life statue of Frank Rizzo, a former police commissioner and mayor of Philadelphia in the 1970s, who was an overt symbol of white police officers’ brutal treatment of Black people and other minorities. It is fitting that the first monument to inhabit this site since Rizzo’s removal is Coby Kennedy’s protest piece. The work is a critique of the gross abuses of civil liberties found in carceral systems. Serendipitously, directly adjacent to the magnificent Central Branch of the Free Library (Philadelphia) is Shakespeare Park, a resplendent oval that is a perfect debut site for Christopher Myers’ piece, Caliban’s Hands. The work’s title references a character from William Shakespeare’s play The Tempest, which many consider the an allegory of European colonization.

C&: How do you assess the success of a public installation? By keeping a record of visitors? Through feedback?

MR: If the art we place serves as a catalyst for civic dialogue of any kind, the work is a success. Each placement is an invitation to viewers from any background to learn about and connect with a narrative or era they may not have endured personally, but which continues to impact the African American experience.

C&: What is the role of Delaware River Waterfront Corporation (DRWC) in Monumental Tour?

MR: DRWC is one of a bold coalition of presenting partners, who collectively contributed to the realization of the exhibition. It’s been very good to work with them and the City of Philadelphia. Kelly Lee, chief cultural officer for the city, and Marc Wilken, director of business and development at Philadelphia Parks & Recreation, really championed the project. Monumental Tour can only happen with courageous partners on the ground to host us. In touring these monumental symbols across America, Kindred Arts is inviting municipalities and gatekeepers to fundamentally rethink how we might program outdoor public space to reflect and honor all human identities and experiences.

C&: Why is public art important?

MR: The systems of power that grant privilege and access unequally such that injustice results must be continuously addressed and changed. Acknowledging and challenging inequities and working within partnerships is how I feel that Kindred can contribute to affecting that change. Everyone deserves equal access to a full, vibrant creative life, representation and affirmation in their community and certainly in public space. Kindred Arts began by negotiating use of New York City green spaces for temporary, culturally specific public programs, including pop-up markets, community arts, music festivals, and screenings. The national Monumental Tour is an evolution of those beginnings.

C&: What challenges did you navigate when planning and installing Monumental Tour in Philadelphia?

MR: Kindred initially made outreach to Philadelphia in summer 2020, an election year. Although the US was at peak pandemic, it was also the height of the Black Lives Matter uprising, the largest civil uprising the country has ever seen. I read that between 15 million and 26 million people participated in the demonstrations in the US. I too felt the necessity to participate. It honestly felt irresponsible to have these symbols of Black empowerment in storage at such a crucial time. Enough people agreed, and we took Hank Willis Thomas’ All Power to All People and Kehinde Wiley’s Rumors of War to support grassroots voter registration in Atlanta, D.C., and Philadelphia.

C&: Unlike buildings in which people live or work, the ownership of public spaces comes closer to the existential questions of who owns the air, rainfall, or birds in the sky. Is every physical space contested?

MR: I frame what Kindred does as making room for narratives other than the dominant one. Our mere existence challenges the questionable historical legacies that are cemented into the public sphere and that we accept as the norm. To hold space is a powerful thing, which makes space inherently political. As municipalities and cultural institutions re-imagine community engagement in a post-uprising and post-COVID society, there exists an opportunity to fundamentally rethink how we program outdoor public space.