The Swiss artist speaks to us about internet culture as a way to reconnect with Black and Brown queer communities.

For centuries there has been Black cultural production from countries where German is spoken, and it has been as diverse and distinct as the various regions themselves. In this series, we highlight artists of different generations who have strong ties to these geo-cultural territories. In this interview Zurich-based artist James Bantone discusses revisiting childhood pop culture, using textiles to express ideas, and finding Black and Brown community in Switzerland. 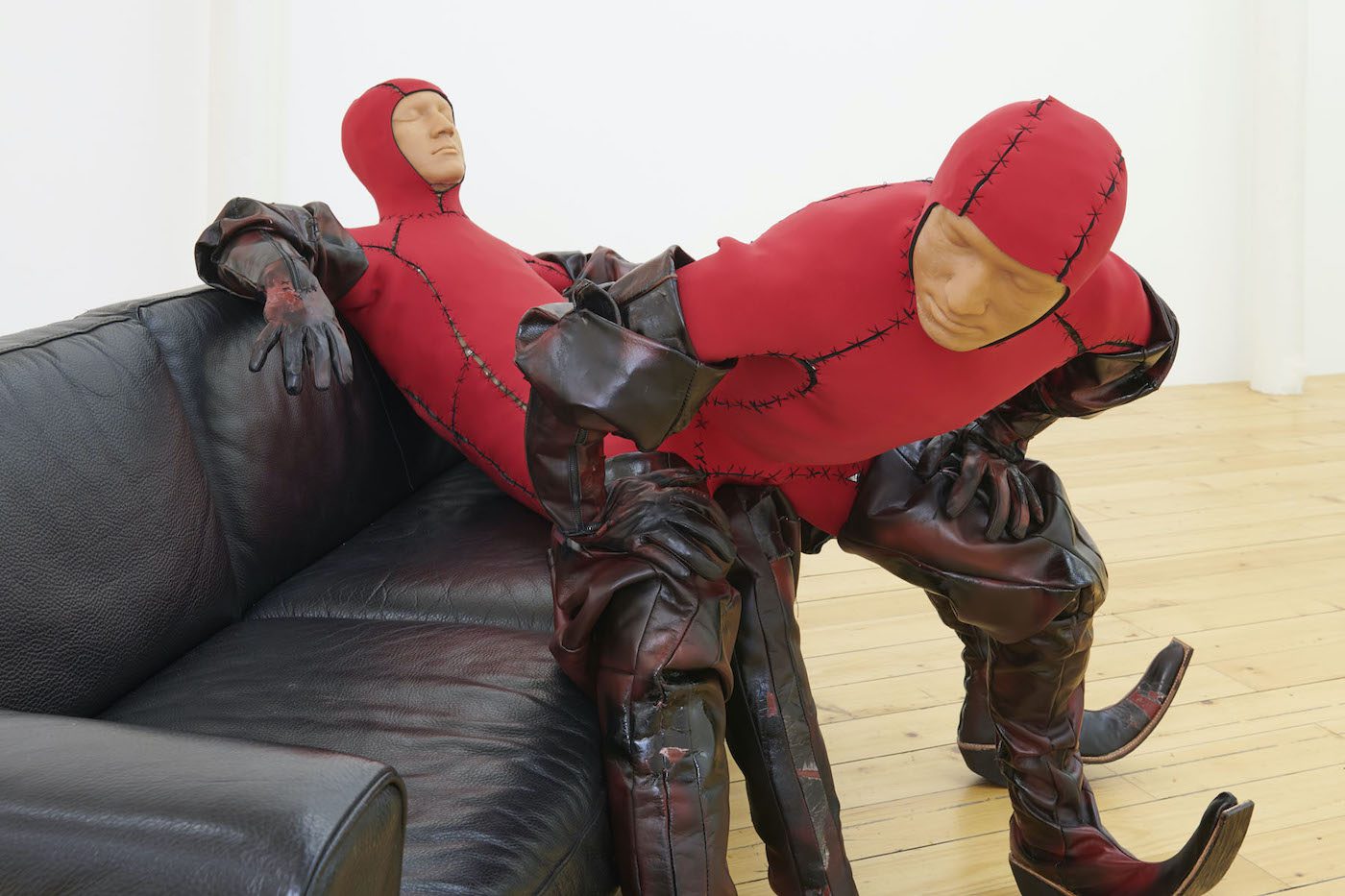 Contemporary And: One of your backgrounds is in fashion photography. How did you transport (or not) that experience into your current artistic practice visually, materially and conceptually?

James Bantone: I think photography is more of a vessel than an actual statement in my practice today. It was the first medium that allowed me to express myself in an artistic way. I came to understand during my photography studies that I was most interested in working with people. First through a documentary style, touching on social issues, and further on realizing that captivating individuals and the way they express themselves through different means, fashion being one of them, was what I was really drawn to.

Photography is still quite present in my practice as a tool for image-making, which I apply to different situations. I understood a while ago that I’m thinking in images more than words. I then put them together to create a patchwork of images, which becomes a new image.

C&: Some of your works explore appropriation and mimicry as aspects of internet culture. Could you tell me about your interest in Love & Hip Hop, especially in relation to Black queer people in western Europe?

JB: At the time I produced Wha Ha Happened Was (2019), I was consuming a lot of US-American reality TV shows and in particular the series Love & Hip Hop Atlanta, which I had recently discovered, in order to manage my stress and numb myself. The way the characters behave and communicate in that show was heavily reminding me of certain individuals, including friends I had met in New York, where I had discovered for the first time what a Black and Brown queer community could look like. Looking back, the act of appropriating language and behaviors from these shows within my friend circle here in Switzerland came in a desperate attempt to recreate what I was missing in our context. I thought there was a lack of queer Black and Brown people around me. For the longest time this lack of representation kept me from affirming who I was. In fact I feel like it contributed to accelerate my integration to this landscape. Today I’m happy to see that things are changing. Black and Brown people are organizing themselves and coming together, creating and taking space for themselves. Differences are celebrated and representations are flooding our social network feeds. All of this is not happening without a fight of course, but at least now I have the sense of a community in Switzerland. 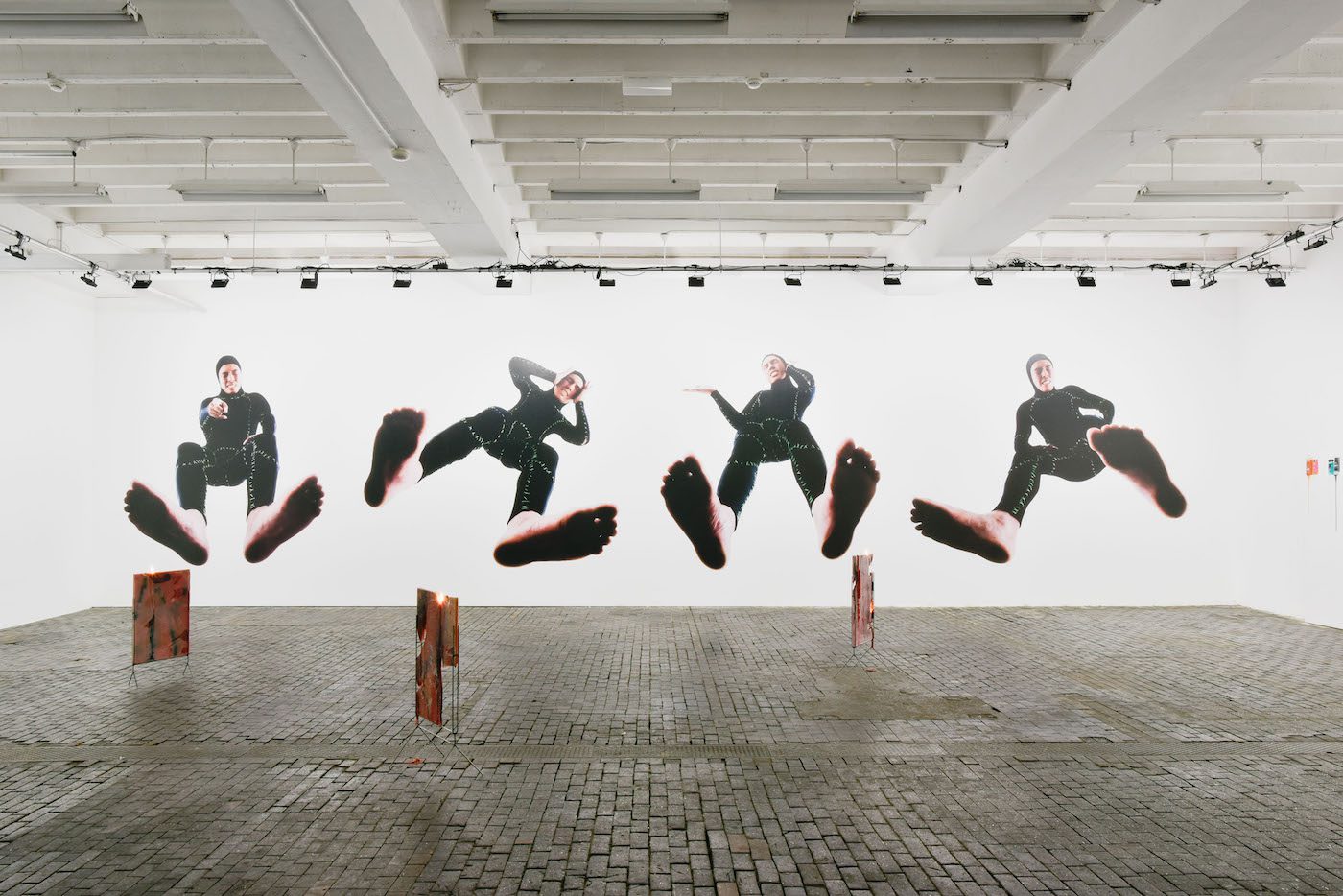 C&: Your works Say No More, Demon Tingz, and Smell My Feelings explore the performative aspect of identity. Could you tell me about some of your formal decisions?

JB: The decision to work with neoprene was taken while I was carrying out research for Demon Tingz. Since it was the first time I was doing sculpture, I was looking for ways within my time frame and skill level, which I considered to be zero in that field. Having decided on tape and paper to make the bodies, I was looking for a textile that could be close to the body to accentuate its shapes, but still be thick enough to allow aberration from the tape basis. The idea for neoprene came up while thinking of diving suits – I liked that it acts as a protective gear allowing you to be immersed in an hostile/cold environment while keeping the warmth of your body. Conceptually it aligned perfectly with my work.

C&: Why is it relevant to you to revisit cultural phenomena from your childhood such as animated TV series The Powerpuff Girls?

JB: Simply to understand them better. I believe that a different reading level comes with the act of looking back at these phenomena, which shaped us while we consumed them whether we want it or not. What I find most interesting is that at a young age we could already sense the difference in the representation of the evil characters like HIM and others, without having the words or knowledge to describe why.