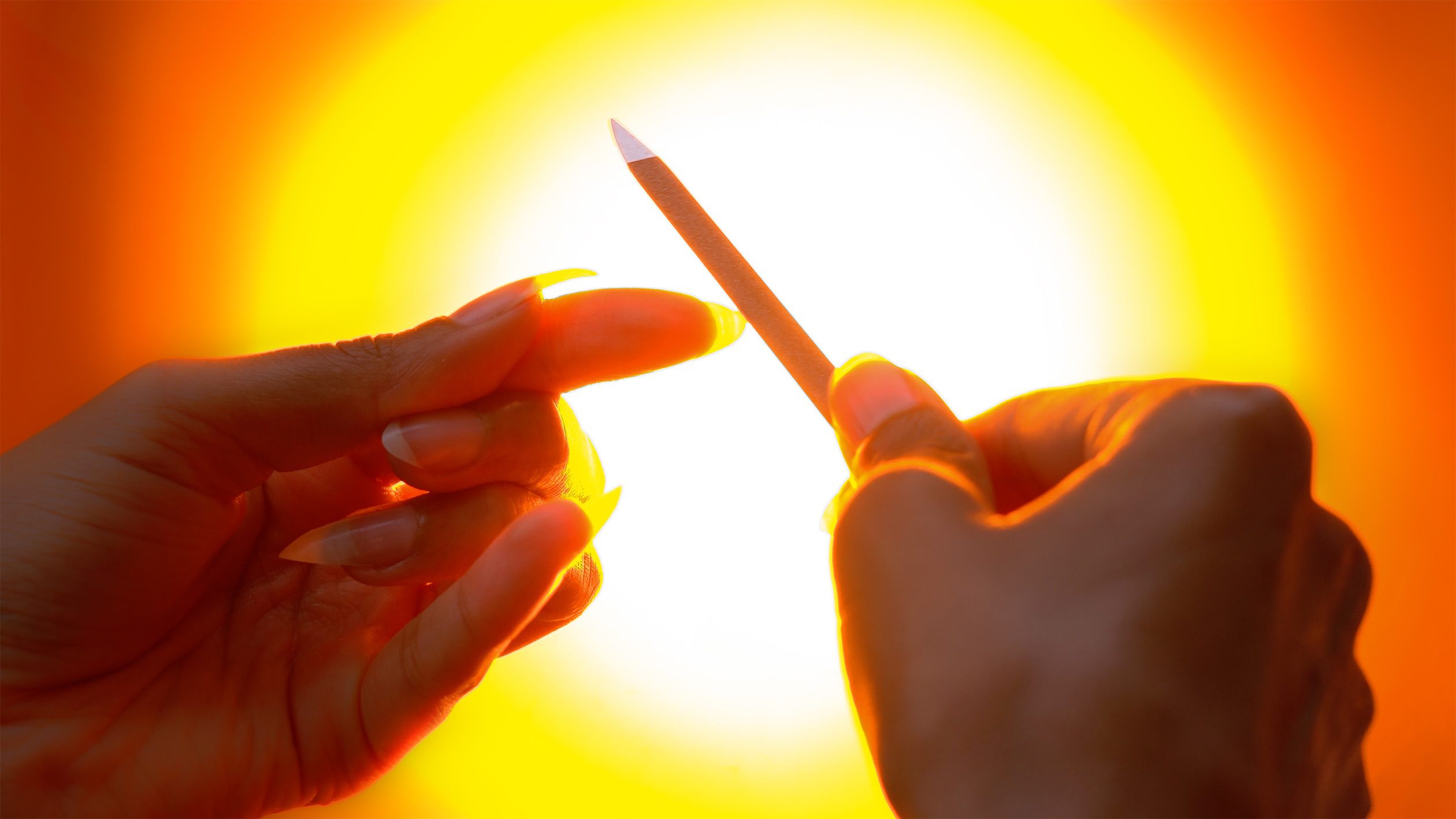 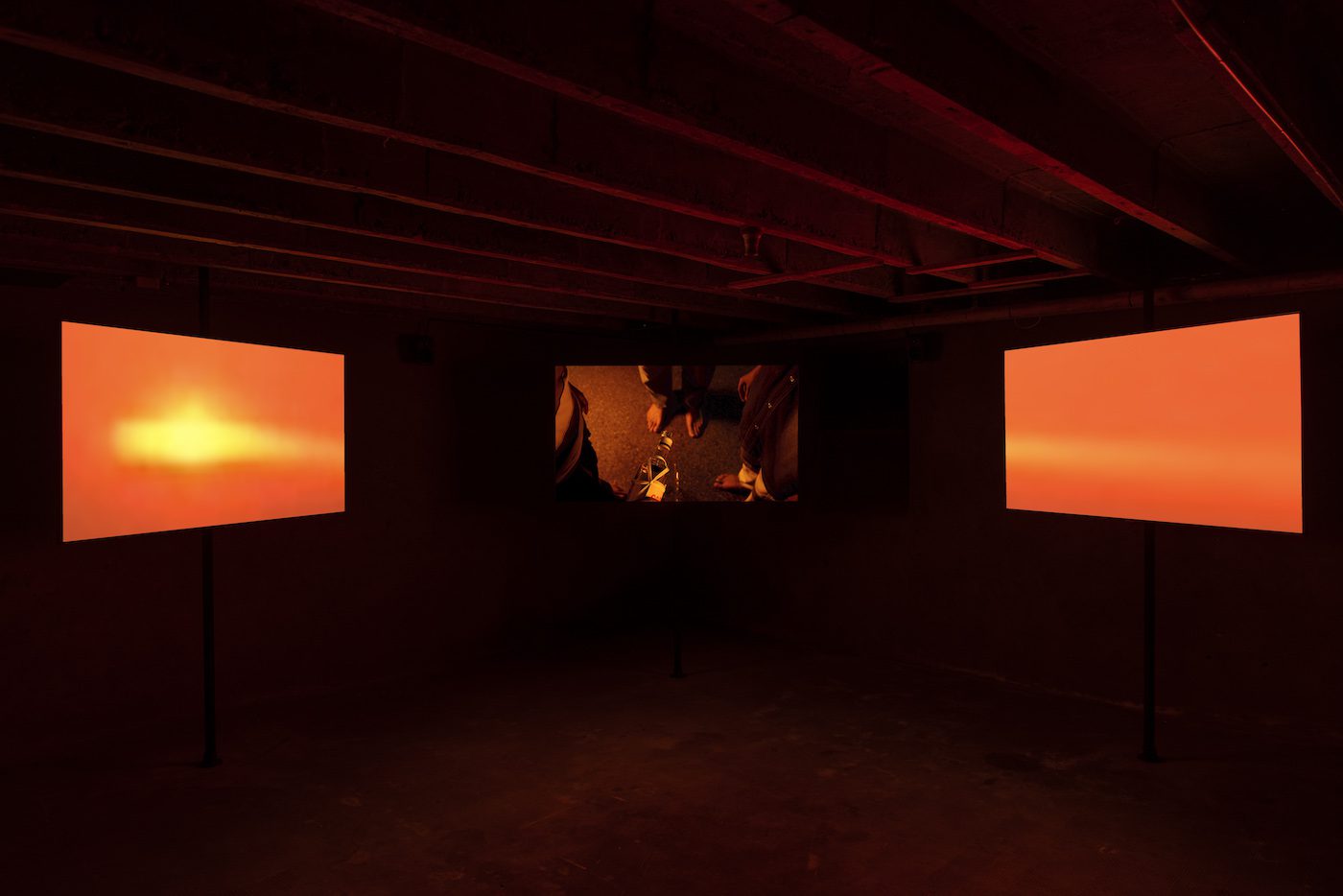 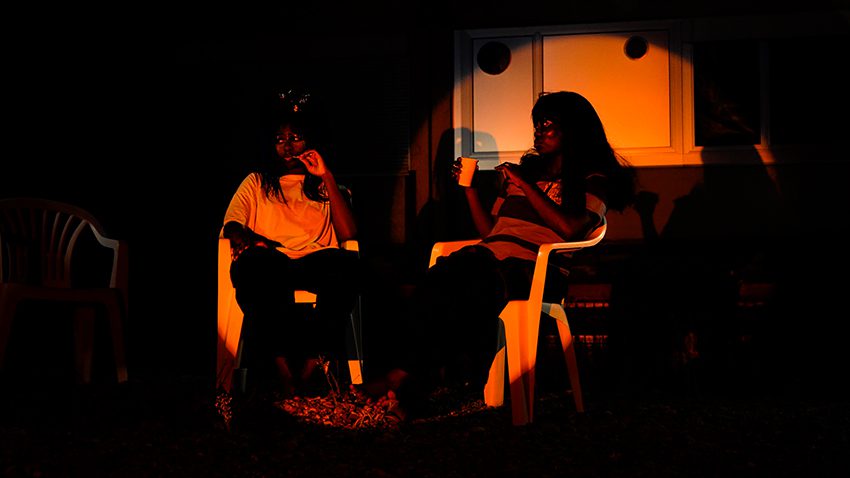 We spoke to Swiss artist Deborah Joyce Holman about the key aspects of her poetic docufiction work.

For centuries Black cultural production has been coming out of countries where German is spoken, and it has been as diverse and distinct as the various regions themselves. In this series, we highlight cross-generational artists with strong ties to these geo-cultural territories. This time around, we feature the work of Swiss artists Deborah Joyce Holman and Yara Dulac Gisler. Opening with a video triptych of a pair of hands engaged in nail-filing, Unless is a collaborative solo exhibition featuring five characters in mundane, ritualistic situations in an industrial neighborhood in Basel. Below, Holman expands on key aspects of this poetic docufiction work, such as the potential of intimacy and illegibility to be used as tools to resist the instrumentalization of identity politics under neoliberalism, and the specificities of speaking Swiss German.

Deborah-Joyce Holman: Unless explores a shared experience of being in between, and, for survival’s sake, having to operate within a system built on necropolitics at the detriment of colonial subjects. W.E.B Du Bois’ notion of double consciousness might be comparable to elements of this idea insofar as it speaks of a knowledge of differing – or opposing – logics at play, a requirement if we are to employ “a tactic of apparent conformity while retaining some measure of self-empowerment; a means of working within the framework of power without fully subscribing to its ‘truths’” (Jean Fisher’s definition of the trickster in her 2009 text.)

Unless is an effort to represent this experience of in-betweenness, situated here as the neighborhood of Dreispitz at the edge of Basel and characterized by the characters’ interactions, body language, and gestures, wherein lay subtle acts of refusal. These are refusals to assimilate or operate within the legible, and therefore the quantifiable, and therefore the policed and surveilled, in the sense of whiteness’s organization.

The project sits somewhere between a poem and a docufiction as it both explores and enacts refusals: acts of saying or showing that you will not do, give, or accept something (this is the Merriam-Webster definition). A refusal is always antagonistic towards something that is being asked of you – here Yara and I were thinking about the current wave of the instrumentalization of identity politics. I lean towards pessimism: systems aim for self-preservation, and so white supremacist structures and the racism that results will continue to morph in the name of self-preservation. In an age of ever-increasing large-scale data collection and policing, the terms of neat, legible categorizations of identity – while facilitating platforms that enable a wider reach for marginalized groups – operate within a logic of assimilation that might also be harmful.

With Unless, we were therefore interested in refusing to explain, to make legible, or to name, and instead to lean towards poetry in line with the Black feminist tradition. We were interested in looking at loss or lack as productive spaces for retaining agency, thinking with Tavia Nyong’o’s writing on “crushed blacks” in his 2019 book Afo-Fabulations: The Queer Drama of Black Life as well.

DH: The rejection of simplified, monolithic portrayals of “Blackness” is central to Unless. Sense-making, in my opinion, is not as interesting as ever-complicating our relationships with popularized representations of specific racialized groups. We were lucky that all of our collaborators, many of whom Yara and I had been friends with for years prior, gave themselves to the project with incredible generosity. We didn’t work with scripted dialogues, but rather worked together through scripted situations. Within an understanding of a shared experience and the reassurance that each other’s codes are understood, there was space to work and speak through intimacy, which transpires on camera naturally.

On being an Other who speaks an othered type of German

DH: This goes back to the idea of complexifying “Blackness.” The idea of what Blackness is and how it is represented through media across the West are extensively shaped by US-American discourse and language. In Switzerland, as well as in other continental European countries, much of young people’s language appropriates African-American vernacular English words and phrases. Black American culture widely shapes the landscape of the social.

Yara and I were interested in documenting Black youth language within our native Swiss-German context. This is a context where most of us are of the first or maximum second generation of European-born Black people in our families, and many of us have mixed heritages. What are codes that mark Swiss-German Black youth through language? How do the differing experiences and heritages within Black Swiss-Germanness shape speech and modes of relating? In what ways can this language that is so incredibly limiting and insufficient in terms of accounting for these experiences be instrumentalized and morphed to become adequate?

Unless was exhibited at Cherish, Geneva, Switzerland, from 30 June through 29 August 2021