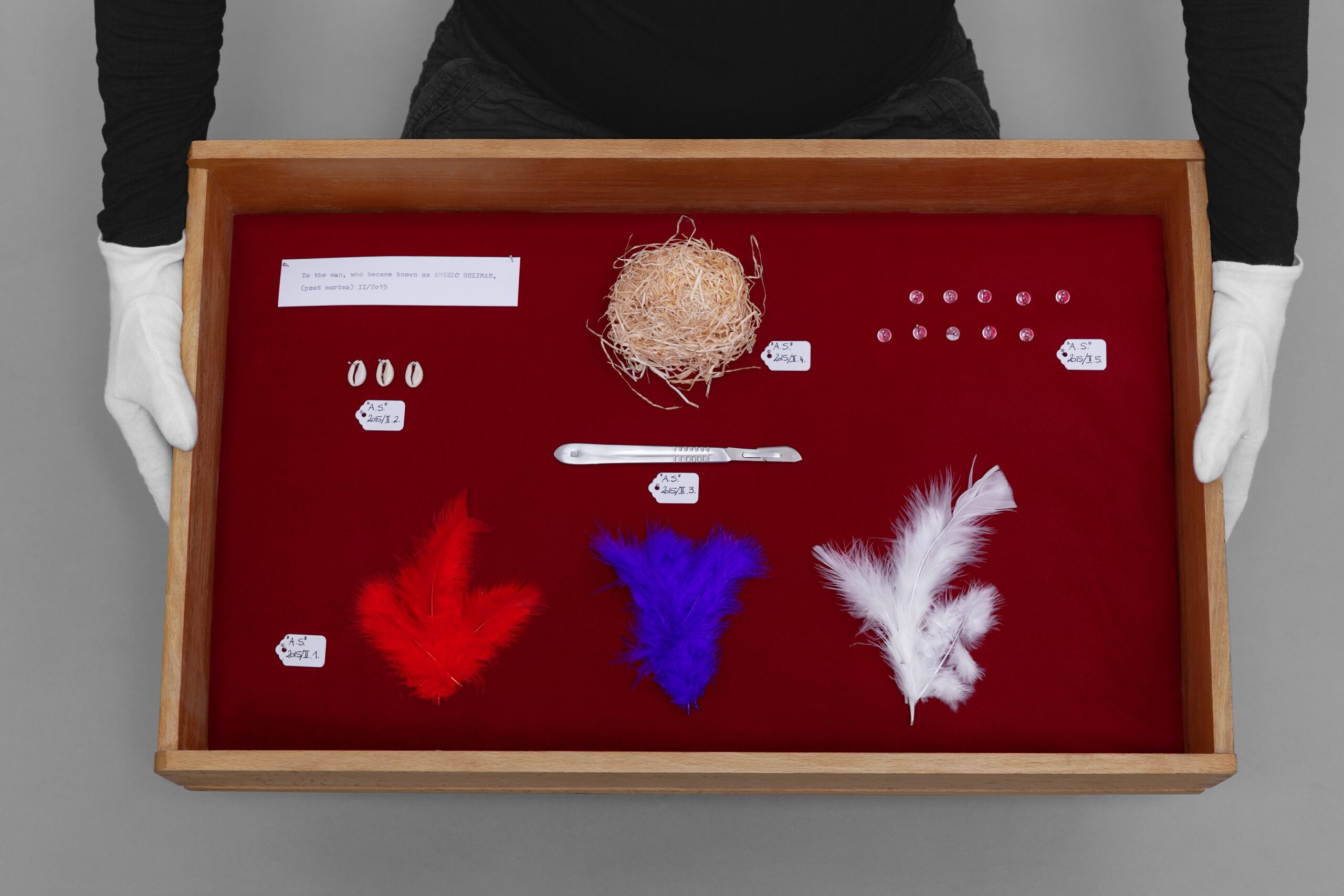 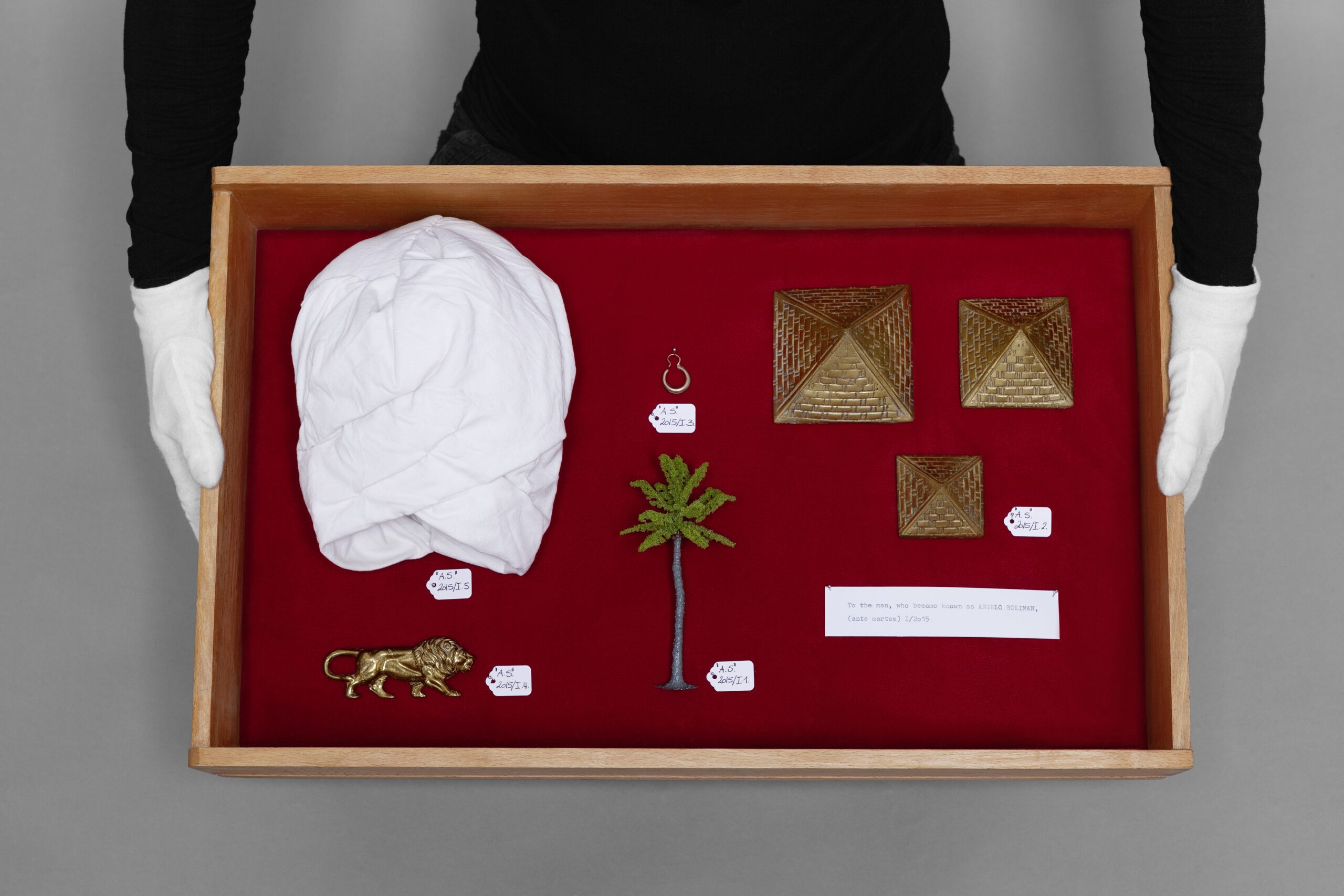 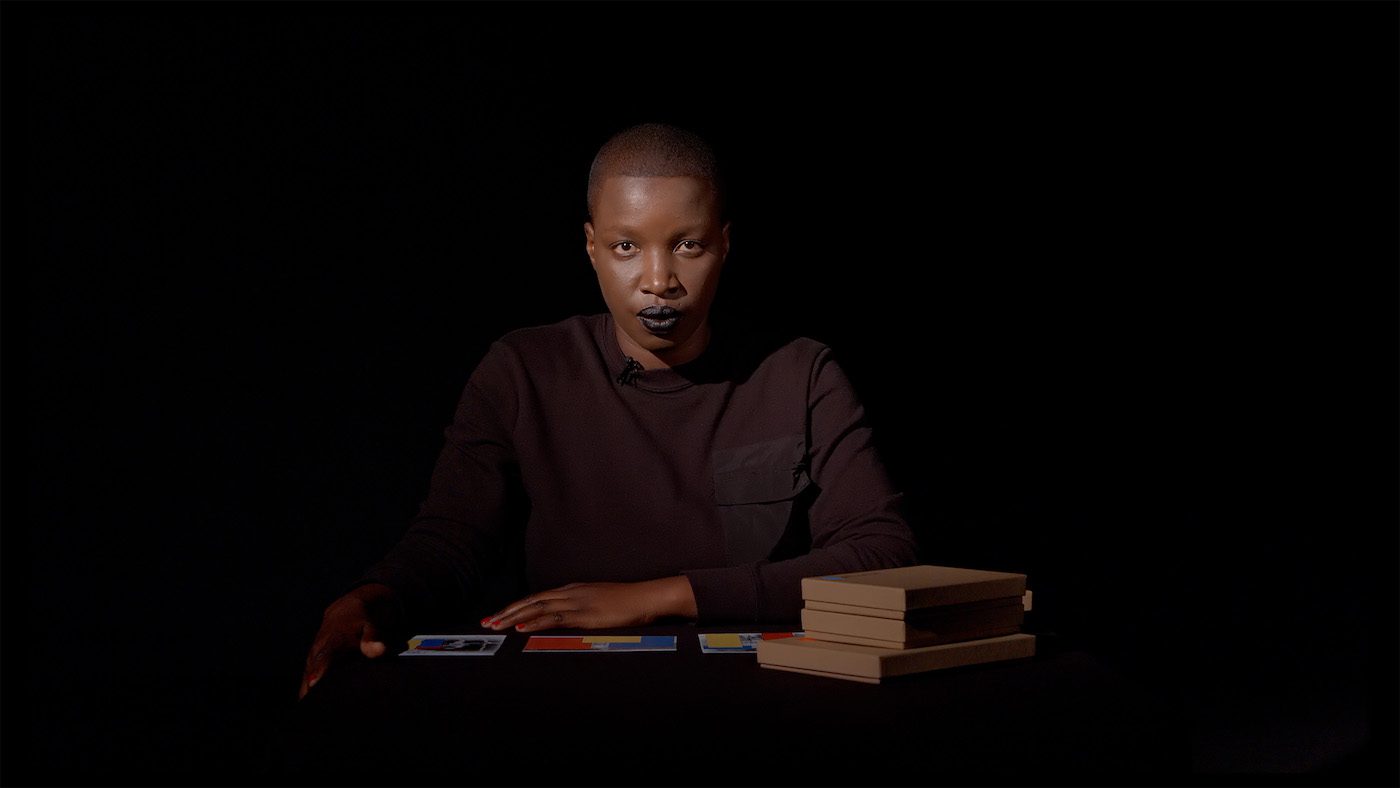 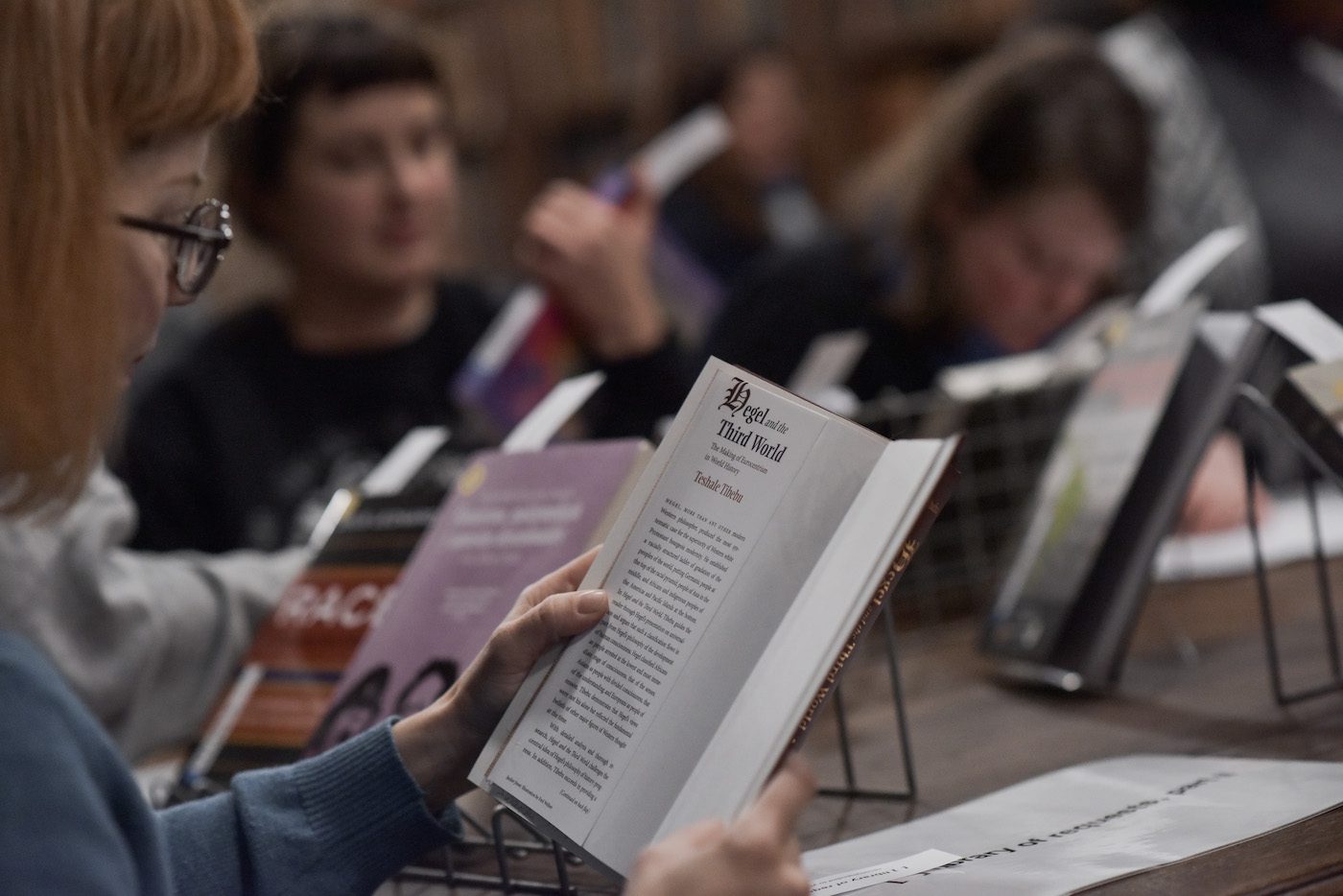 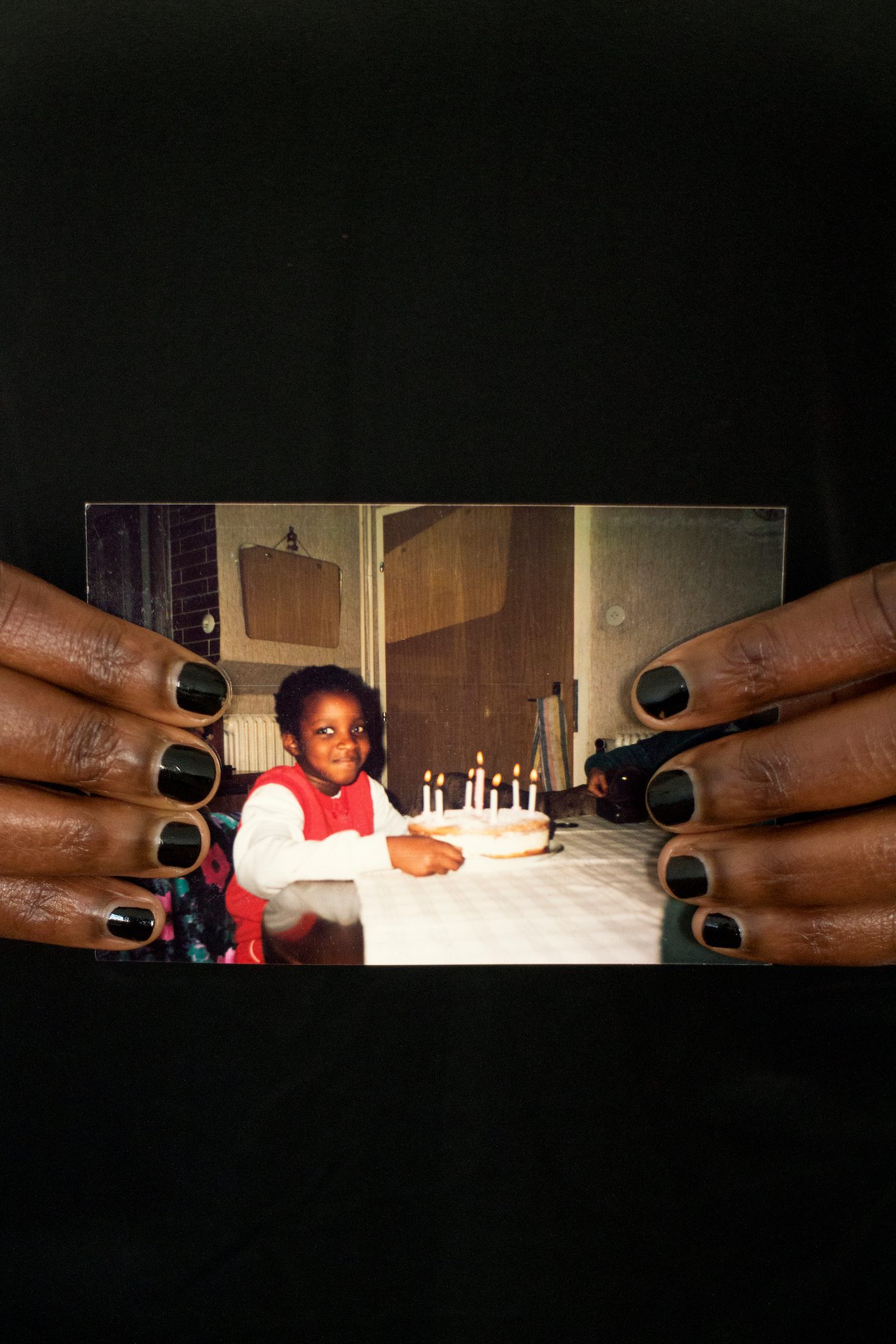 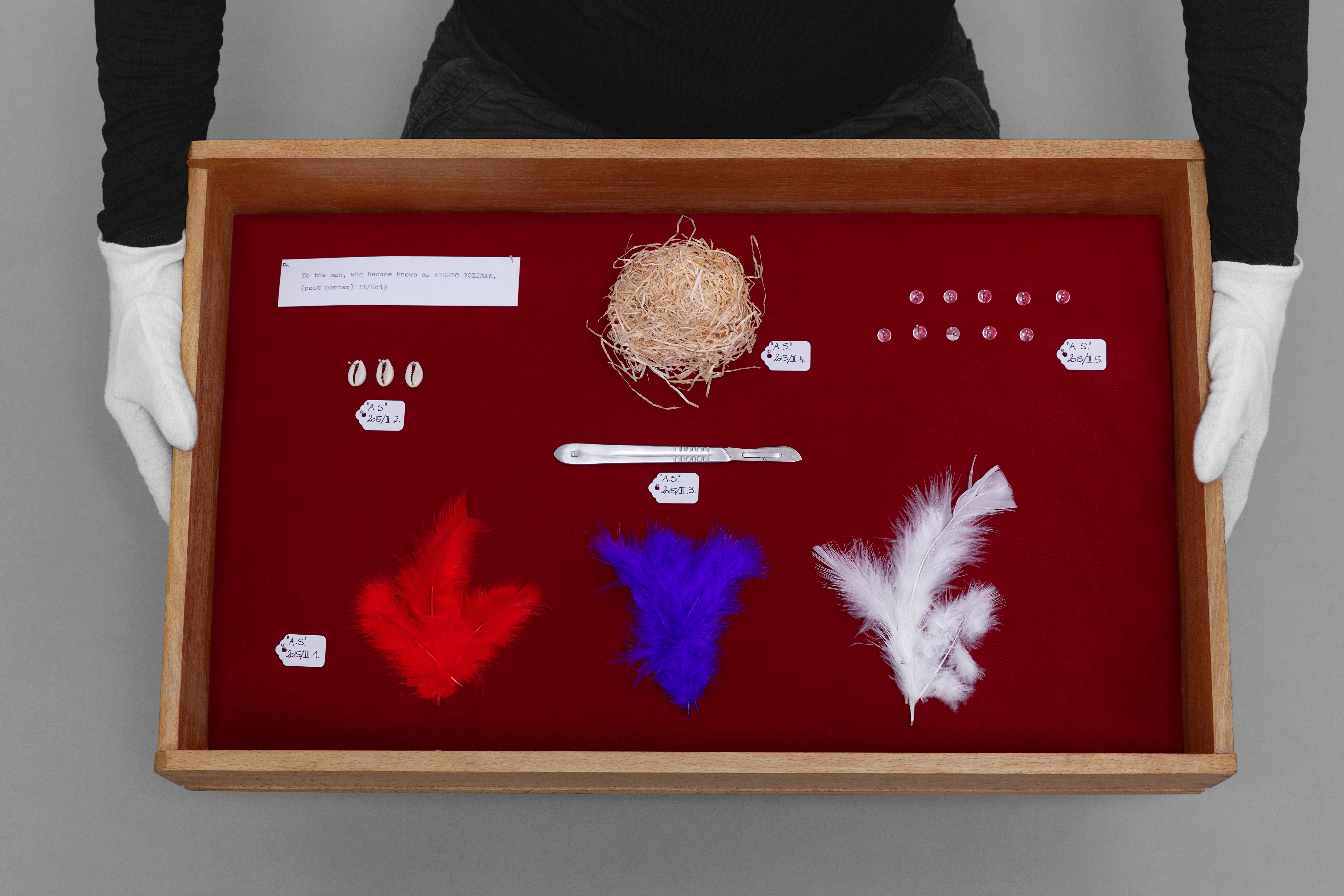 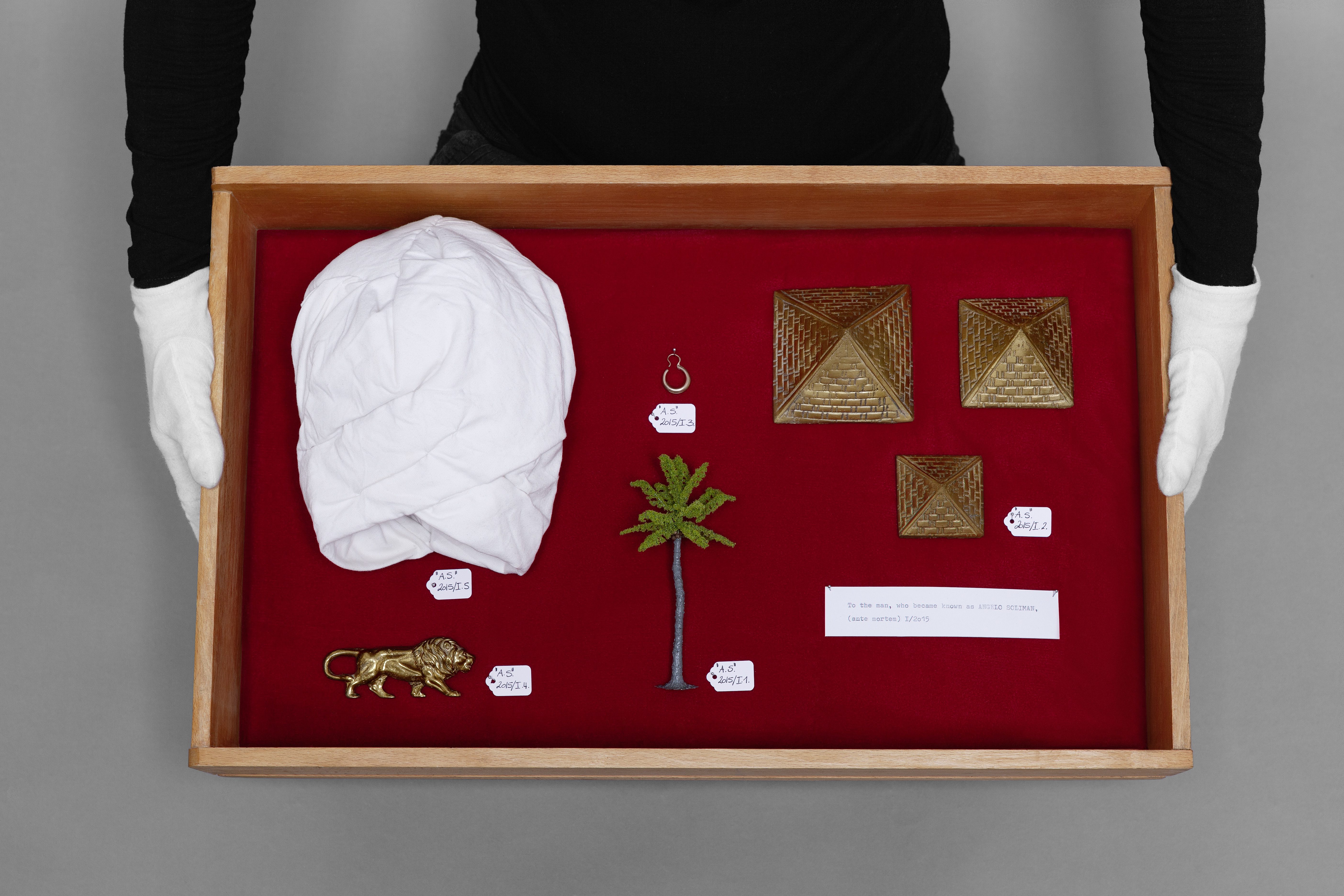 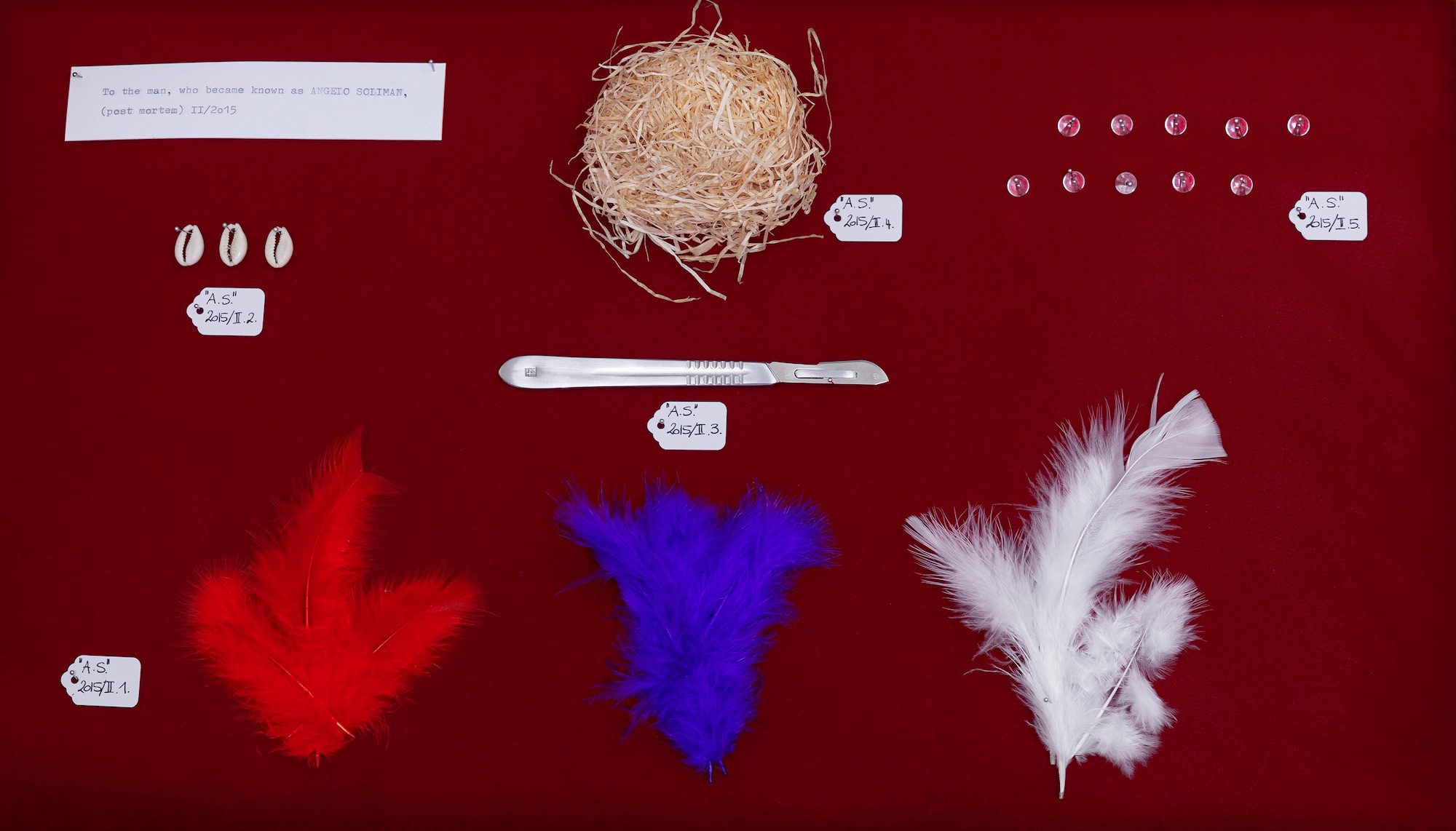 For centuries there has been Black cultural production from countries where German is spoken, and it has been as diverse and distinct as the various regions themselves. In this series we highlight cross-generational artists who have strong ties to these geo-cultural territories. Janine Jembere met Austrian artist and scholar Belinda Kazeem-Kamiński, whose work centers Black life in the past, present, and future, to talk about regimes of looking, fundamental details, and making connections across time and space.

Contemporary And: Your work spans video, performance, installation, and photography. You are also a writer and a scholar, and you are currently preparing your first solo exhibition, at the Kunsthalle Vienna. How and why do you navigate all the different practices?

Belinda Kazeem-Kamiński: Writing forms the core of my practice. While studying, I got the opportunity to publish texts – mostly academic texts and interviews. But after a while I started to feel caged in those conventions, in the ways one is expected to write. I always had this interest in the visual, and in thinking about how images are connected to what we think we know. That was when I started to photograph and experiment with collage. And meanwhile, it is just like: the question determines how I work. Different mediums allow for different things and ways of reaching the audience. This is something I like to play with and explore.

C&: What I find striking is how you deal with regimes of looking. You direct the viewer’s gaze to look differently and you also make obvious what is in a gaze. What is it about looking that interests you?

BKK: The experience of growing up in a small village in Austria was formative, not only at the level of experience but also in what it taught me: how to observe. I still observe. And I keep coming back to reflecting on how the act of looking is connected to knowledge production, the connection between seeing and thinking that we know, which also marks the look as a violent instrument, used to force people into categories. When I work on something, I ask: Which looks do I want to encourage? Which ones do I want to enable, but also make the audience know that I am enabling them?

C&: You made a work on Angelo Soliman [a Black Austrian freemason of the eighteenth century] that really shows how our gaze is directed by seemingly minor details.

BKK: Yes exactly – working on the two-part piece In Remembrance to the Man, who Became Known as Angelo Soliman (Ante Mortem) I and (Post Mortem) II (2015), I was really fascinated by the fact that depending on which props they use to represent him, the message changes. When I used to work as a stylist, I used the same principle: use specific props in order to frame what you want the viewers to take away. Oftentimes, these are very simple acts of removing or adding something, yet they are quite fundamental.

C&: The aesthetic of your work is always very precise, across the different mediums. What is the relationship between the what and the how in creating your work?

BKK:  I am attracted to images in which everything is meticulously arranged. No piece is there for no reason. Everything is planned and staged. I guess this is again the stylist in me, the person that likes to see something presented in a specific way. It is just in the last few years that I am giving myself more space to just do things and then judge if it works or not.

C&: Your work often involves relating to people across time and space – by having visitors collaborate on a library in Library of Requests (2016–ongoing), for example, or putting yourself in relation to the different characters of Unearthing. In Conversation (2017). Could you say more about this drive to associate in your work?

BKK: Understanding what my own relation to a subject is – starting with myself – is central. In addition, I have always looked at my work as a way of connecting with other people, and that could be the actual audience but also people I encounter through my research. By way of my practice, I create moments in which different people gather. Regardless of how long these moments may be and while everyone disperses, they do exist. Since I come from academic and activist practice, it has also always been important to me to keep in mind that Black freedom is a generational project. These connecting lines through time and space go against a Columbus mindset [of novel discovery] and acknowledge the growing network of ideas that is continuously worked on by many.

C&: Speaking of continuities: in your photo and text series Naming what was once unnameable (2013 – ongoing), you connect past with present and also project into a future.

BKK: It was important to me to show how the person in the now now holds a picture of themselves in the now then, to bring these children back and realize what they knew. The idea for the project started with an interest in knowing when the women* I spoke with knew that society treated them differently than others. I started realizing when I was around four, in kindergarten. Next to the experiences people shared, there was always this notion of “But I knew already.” “I knew how to navigate that space.” I wanted to highlight that: maybe we were not able to verbalize what was happening, but we had already come up with strategies. And this kind of knowledge guides us up to this day. In the now now we have means to verbalize what is happening. But it is the same knowledge that we already had as children.

C&: Yes, so again you open up a continuum.

BKK: Yes. In the beginning I just wanted to ask people “What would you have needed?” – thereby foreshadowing the output. But as I started listening to what people were willing to share, I realized: “Wow, this is much bigger. This could really be useful for children to come.”

C&: Time, its continuities and ruptures, plays an important role in your work. You just mentioned the now now. What does it mean for you?

BKK: How we experience time is something I keep on thinking about, because I always had the feeling that the past is not past, and that Black life is fundamentally framed by this condition. There are people who have the privilege of denying or ignoring this, but to me there is just one big continuum. The main characters of my dissertation, for example, are haunted by the fact that they are not able to escape the now then. It takes a while for them to accept that there is nothing to get over with – that past, present, and future are not these neatly separated segments. For the fact is they are asked to navigate the now now and the now then at the same time. And it is the now that connects everything.

Belinda Kazeem-Kamiński is an artist and writer with a research-based and process-oriented investigative practice that often deals with the gaps and blanks in archives and collections. Her solo exhibition at Kunsthalle Vienna will be on view from October 22 to March 6, 2022.

Janine Jembere is an artist who shares an interest in sound and Black imaginations with Belinda Kazeem-Kamiński. The two worked together on a performance about Black sonics in 2017.