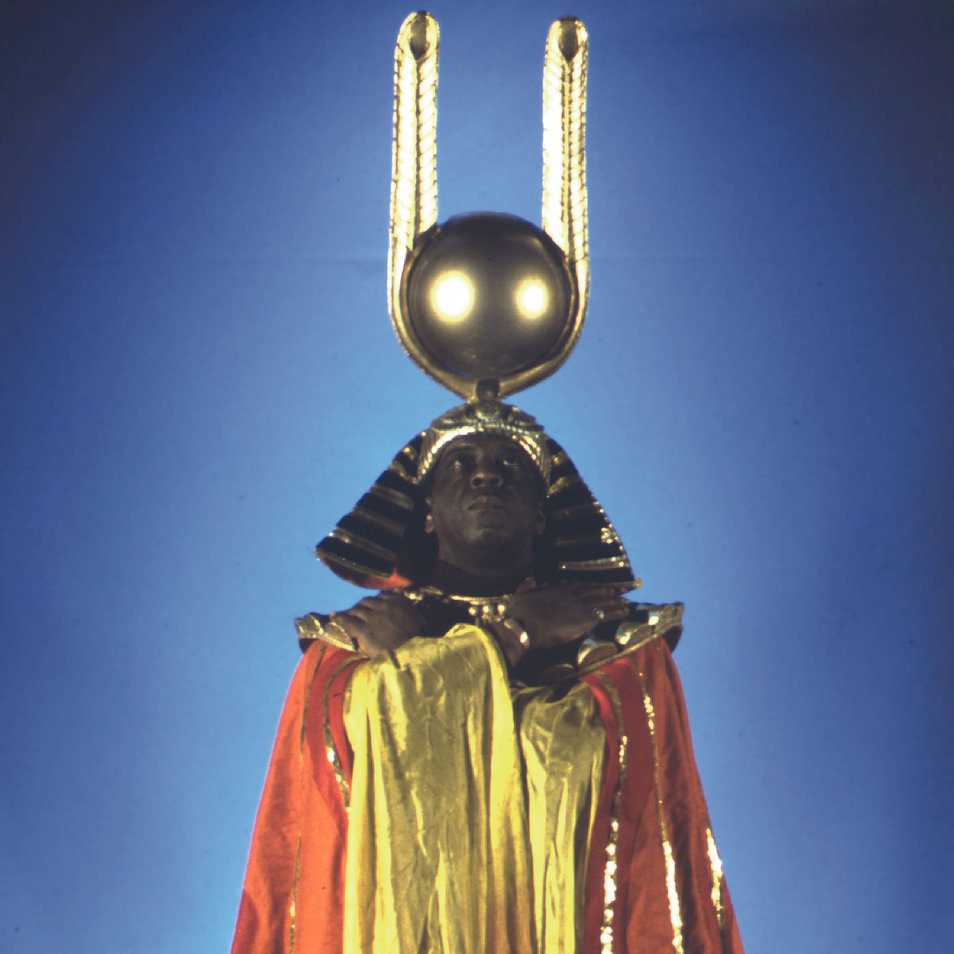 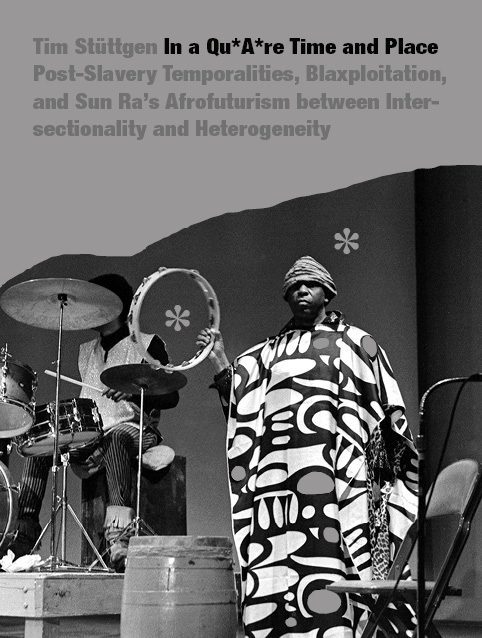 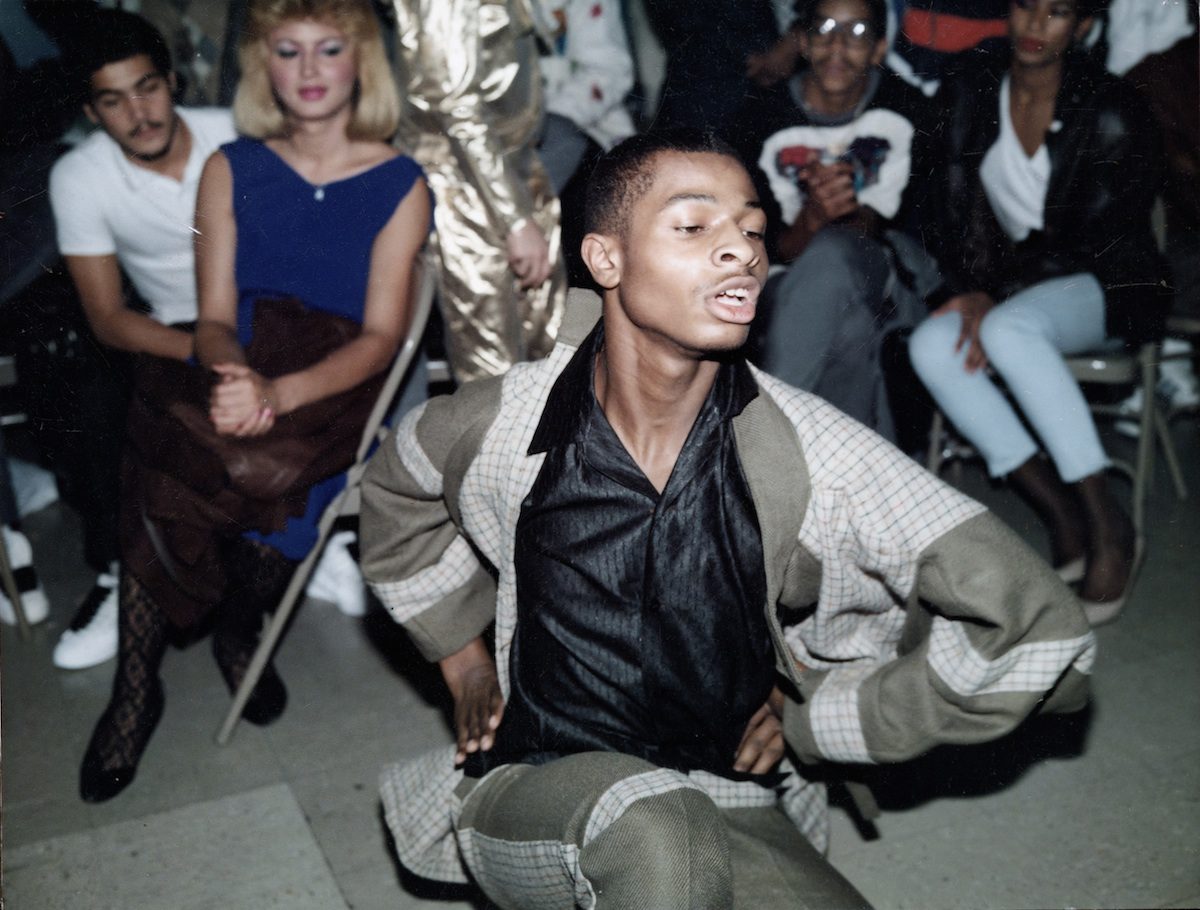 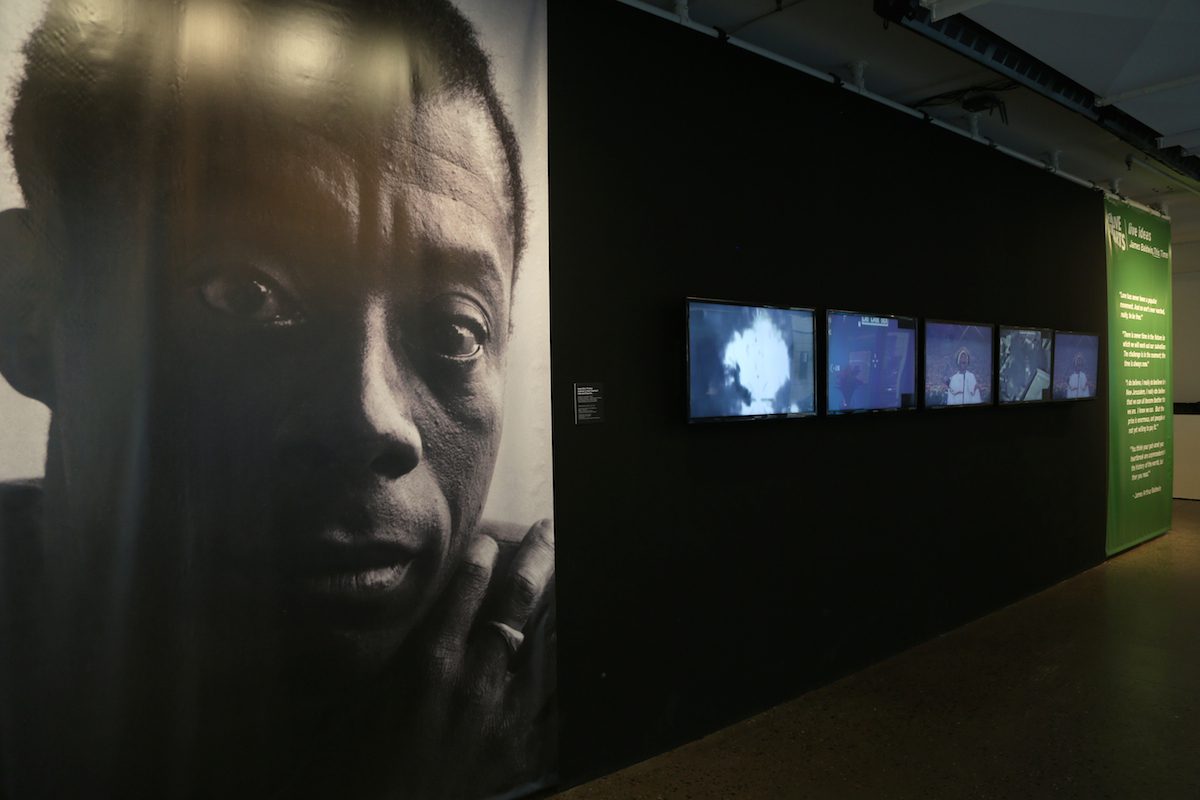 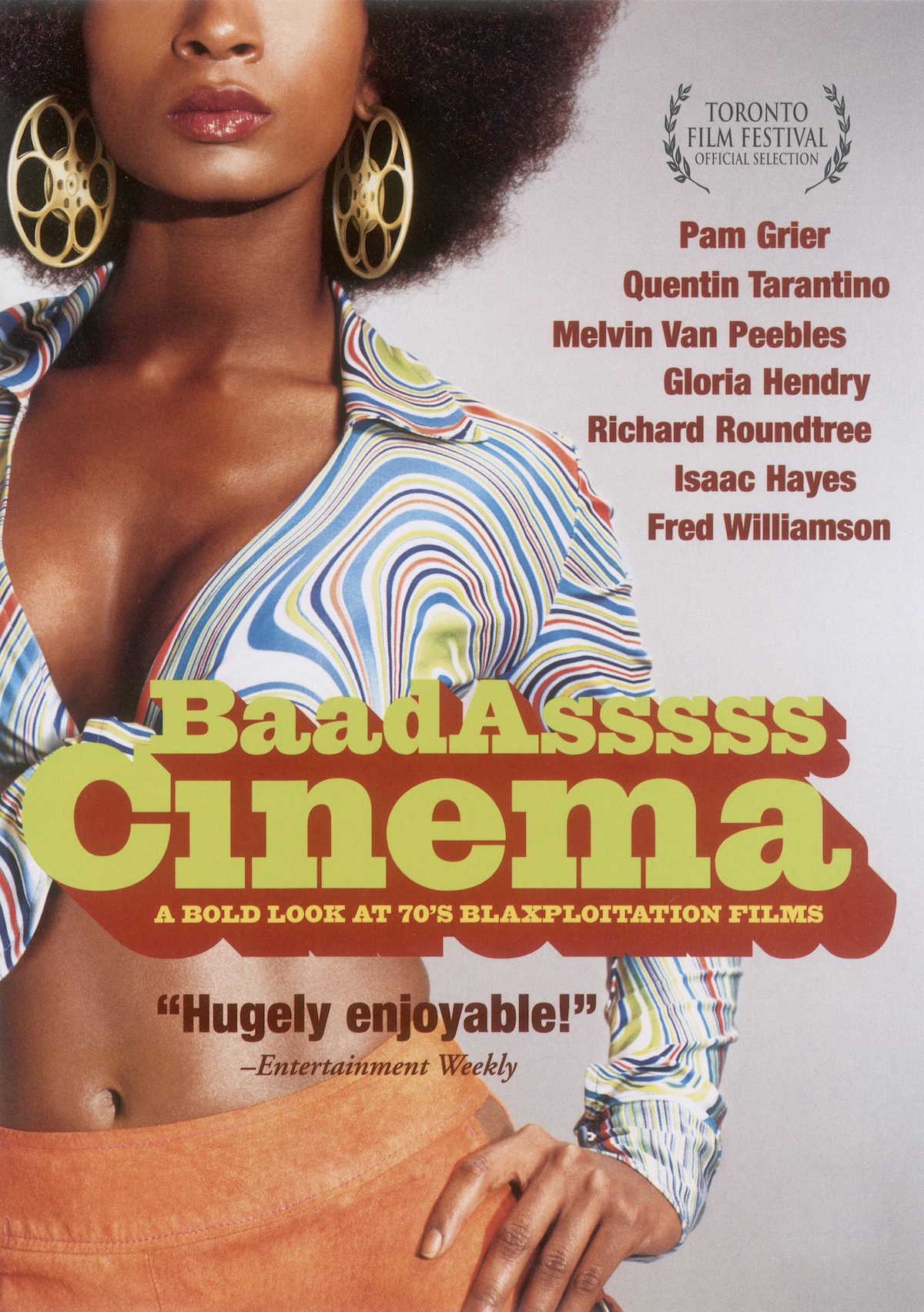 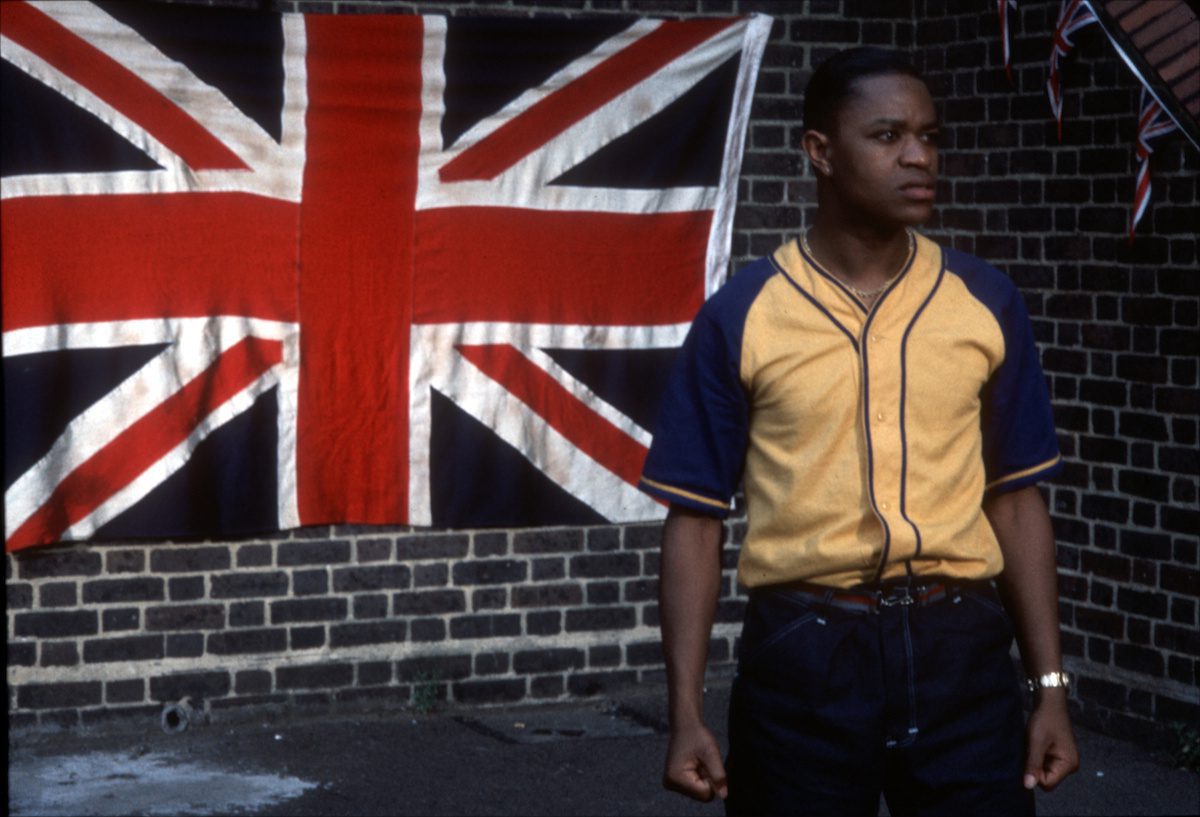 SOURCE CREDIT - "British Film Institute" Reproduction of this image requires the appropriate copyright clearance. In making this image available, the bfi confers no licence to use or copy the image. All copyright clearance is the responsibility of the user. In consideration for making this image available, the user hereby agrees to indemnify the bfi against any claim or liability arising from the use of this image. The information service of the bfi National Library may be able to carry out copyright ownership research on your behalf. Fax +44 (0) 20 7436 0165 for details of services and costs. British Film Institute 21 Stephen Street London W1T 1LN Tel +44 (0) 20 7255 1444 http://www.bfi.org.uk/
6/7
6/7 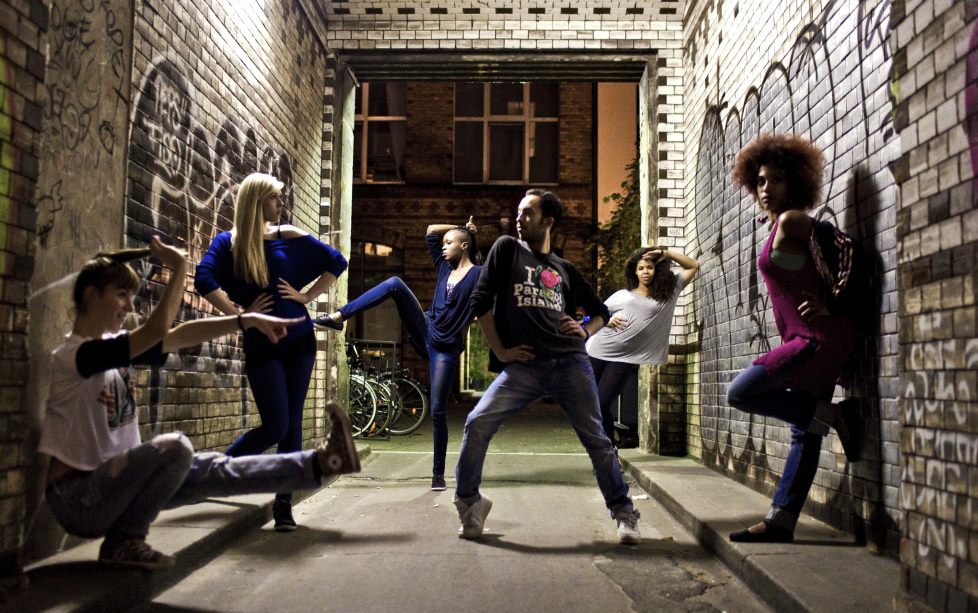 Connecting the Dots: Blaxploitation and Afrofuturism

C& caught up with Pedro Marum and Ricki Merighi, who curated the program “Are you for real?”.

C&: Please tell us a bit more about the Queer Lisboa Film Festival. And how did the collaboration with Africa.Cont. come about?

Pedro Marum: The festival has existed for 18 years. It was the 19th edition this time. It is actually the oldest film festival in Lisboa (Lisbon) and lately we have had a lot of collaborations that extended to the city of Porto in the north. Last year we started working with Africa.Cont., which is a project of the city of Lisboa to promote contemporary African culture in Portugal. We developed together a program intertwining queer aspects of Lisboa and African arts and cultures. This includes not only film, but also visual arts and performance. Last year the main focus was on African territories, which was highly successful. Therefore, Africa.Cont. invited us again this year to make a program that had the African Diaspora within the Anglophone contact zone as a starting point.

C&: What was the response to last year’s edition, which, as you said, focused on queer identities in African contexts?

PM: In 2014, we did not get as much media attention as we received this year. I think mainly because the films we showed were not very well known. But still, there was a lot of positive feedback. Our main point of discussion was how we can perceive and question the idea of queer identities and expressions within the African territories through the lens of artistic cinematographic expressions.

Ricke Merighi: And we did not want to make a program on homophobia because that is somehow what is generally expected in relation to queer issues concerning Africa. This was not in our interest since there is enough work to tackle on homophobia here in Europe. We wanted to explore cinema and the visual arts in the contemporary scene, on issues related to sexual identities, gender, any kind of rule-breaking in the context of gender and sexualities. We opened last year with Touki Bouki, a film by Djibril Mambéty-Diop. For us it was the right perspective for approaching the theme. It is a movie that breaks every rule in filmic, narrative, and gender terms. Everything is challenged in this movie. That’s why we saw it as the best starting point.

C&: This year’s program is titled An Afrofuturistic Trip from Blaxploitation to Queer Sonic and Visual Utopias, and seems to involve different layers and themes. What exactly do you seek to convey through this program?

RM: We could go into a deep profound discussion, but there is a very material aspect for us which is our starting point, namely Sun Ra’s image and the significance of Sun Ra as a breaking point in the visual representation of black masculinity. Space is the Place, which is the central title for us in the program, interlinks Blaxploitation and Afrofuturism. Furthermore, we have been inspired by Tim Stüttgen’s book In a Quare Time and Place, which makes exactly this bridge between Sun Ra’s Afrofuturism and Blaxploitation, considering how both concepts deconstruct the slavery paradigm in Western history. For example, there is a powerful scene in Space is the Place that demonstrates the meeting-point of empowering and survival: One of the two teenagers helping Sun Ra is shot and killed by the police during the concert, which is a very realistic scene, and what happens is that Sun Ra keeps playing and the music causes the kid to revive. 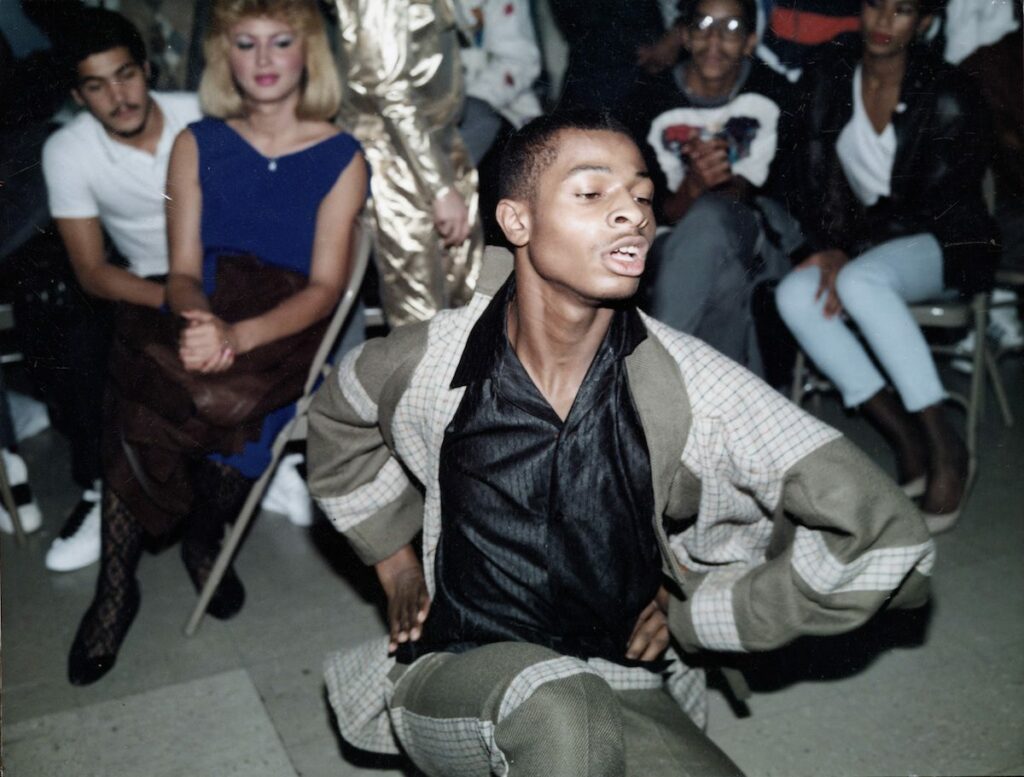 C&: And why is it important to you to include the queer perspectives of African and Diasporic art and cinema, especially in regard to the Lusophone (Portuguese-speaking) context and Lisbon/Portugal?

PM: The collaboration with Africa.Cont. is part of a continuous program. We plan to go step by step, from one geographical area, one language area to another. The final aim is to work on Portuguese history and society, connecting with its colonial legacy and the African cultures. There are, in fact, very few discourses in Portugal. We see ourselves in a highly privileged position in that we are actually able to promote and create this new discussion. 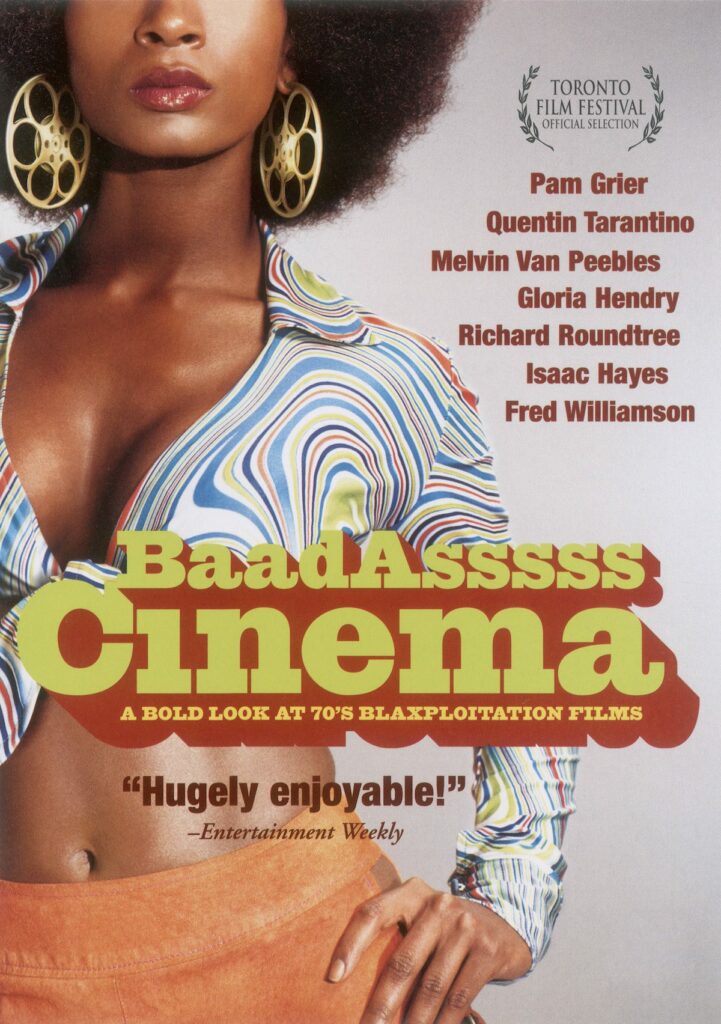 C&: Would you mind revealing some of the highlights of this year’s festival to us?

PM: Apart from Space is the Place, there are indeed some other great highlights. For instance, we showed Paris is Burning because there is an increasing interest in Voguing culture, and it is all very new here. Voguing culture is becoming mainstream, and the question remains how we deal with this. Another highlight could be Sweet Sweetback’s Baadasssss Song from Melvin Van Peebles, which was never screened in the cinema in Portugal. In addition, Isaac Julien’s film Young are Rebels is really relevant as a melodrama looking at identity politics in London back in the time when the film was made. Another highlight is the installation A Person is more Important than Anything Else by artist Hank Willis Thomas. It shows some footage from conversations and debates with James Baldwin. It brings more of an historical perspective on how Black intellectuals discussed those ideas, and specifically how James Baldwin was in touch with very contemporary issues like Ferguson or Baltimore, homophobia, or even gay marriage.

RM: Some of our audience are very young, and we thought that the situation of the United States in the Seventies could be very unfamiliar to them. This beautiful installation has a didactical aspect, which could help us to frame the debate on racial issues back in the Seventies together with the current issues. 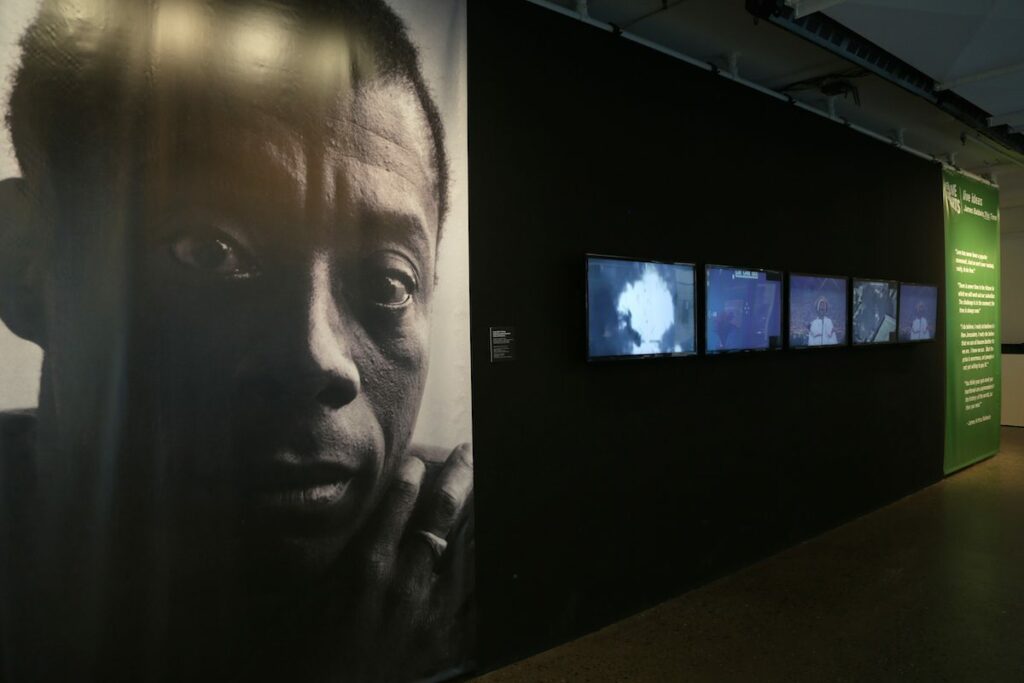 Installation view ‘A Person is More Important than Anything Else’ , courtesy of Queer Lisboa Festival