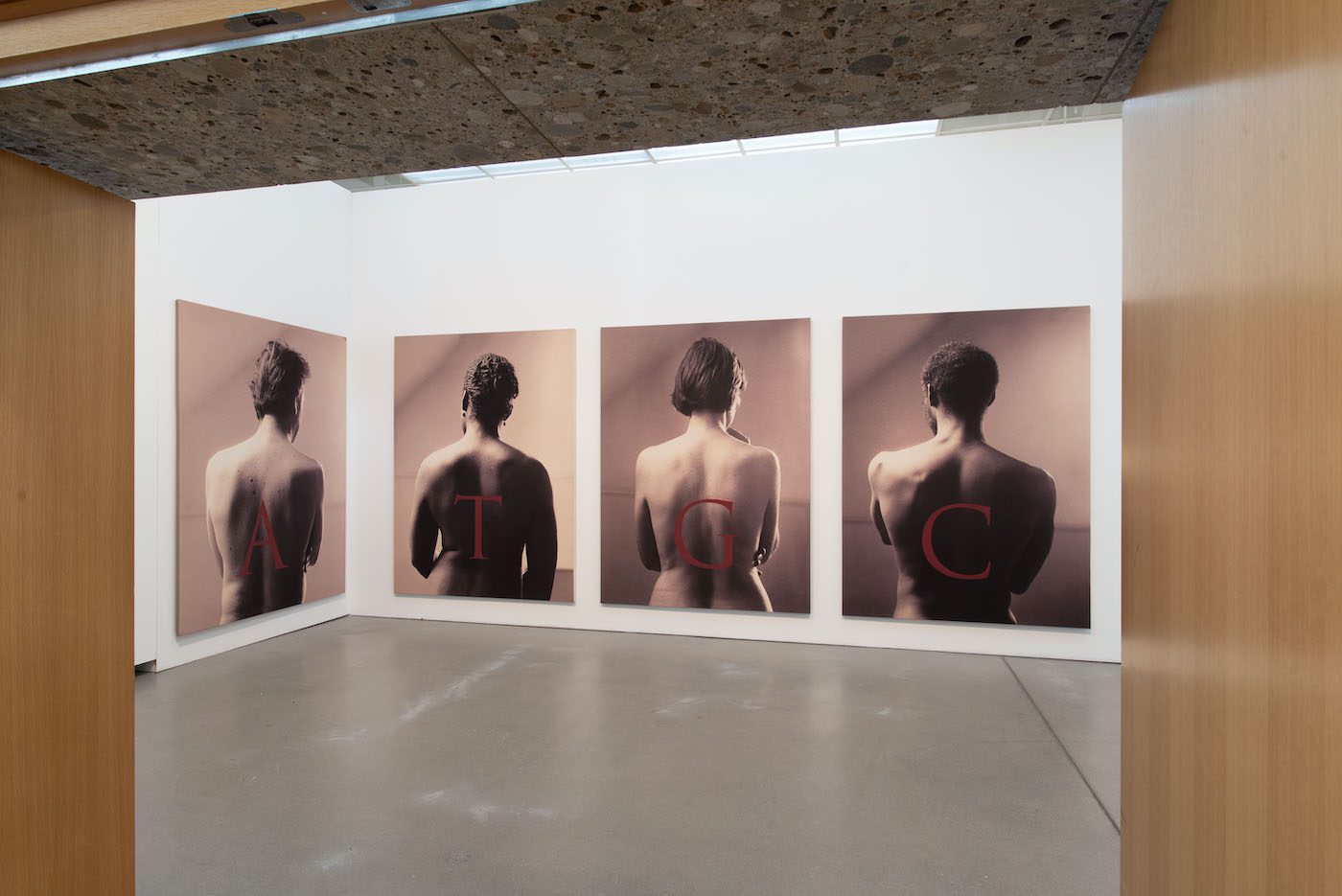 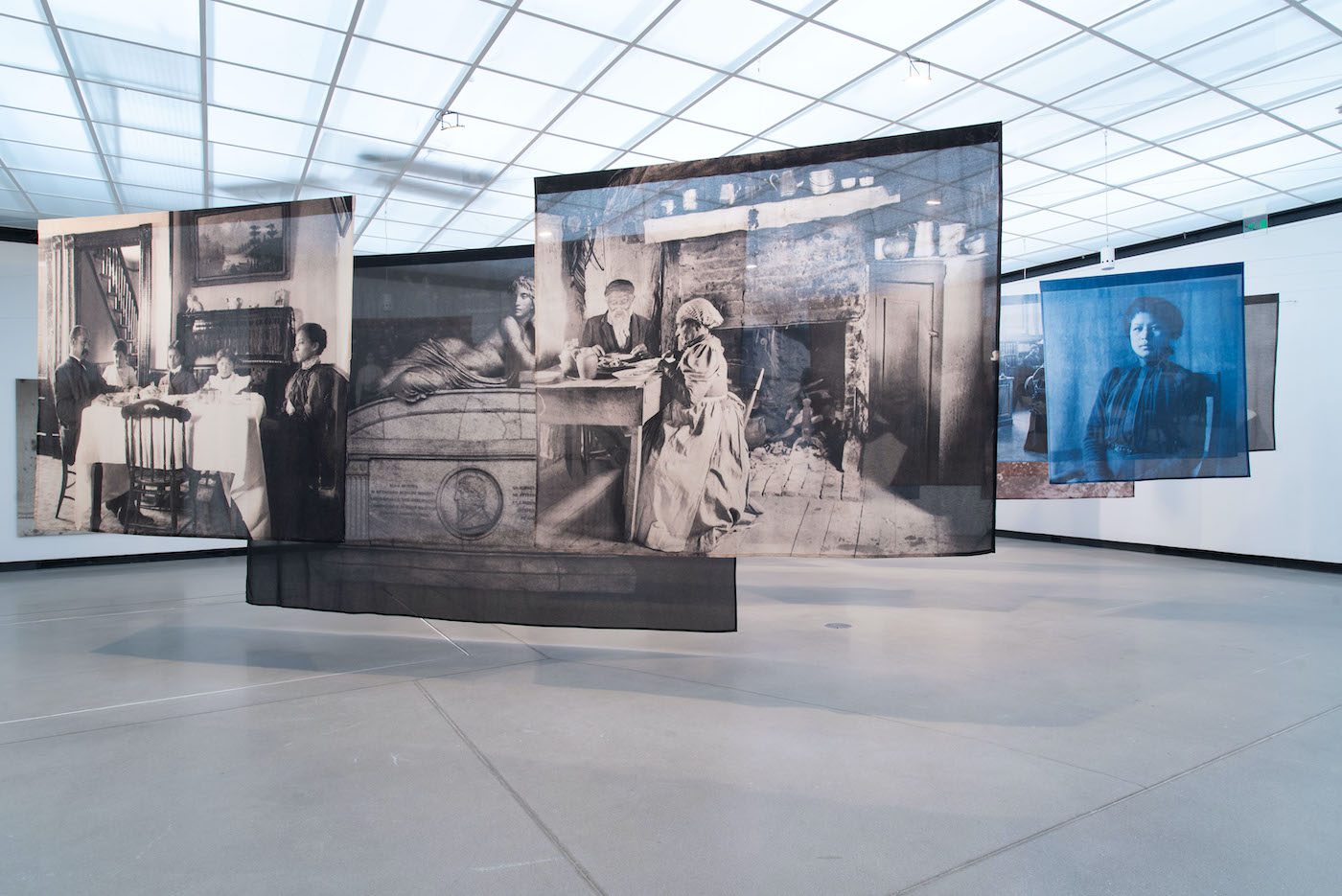 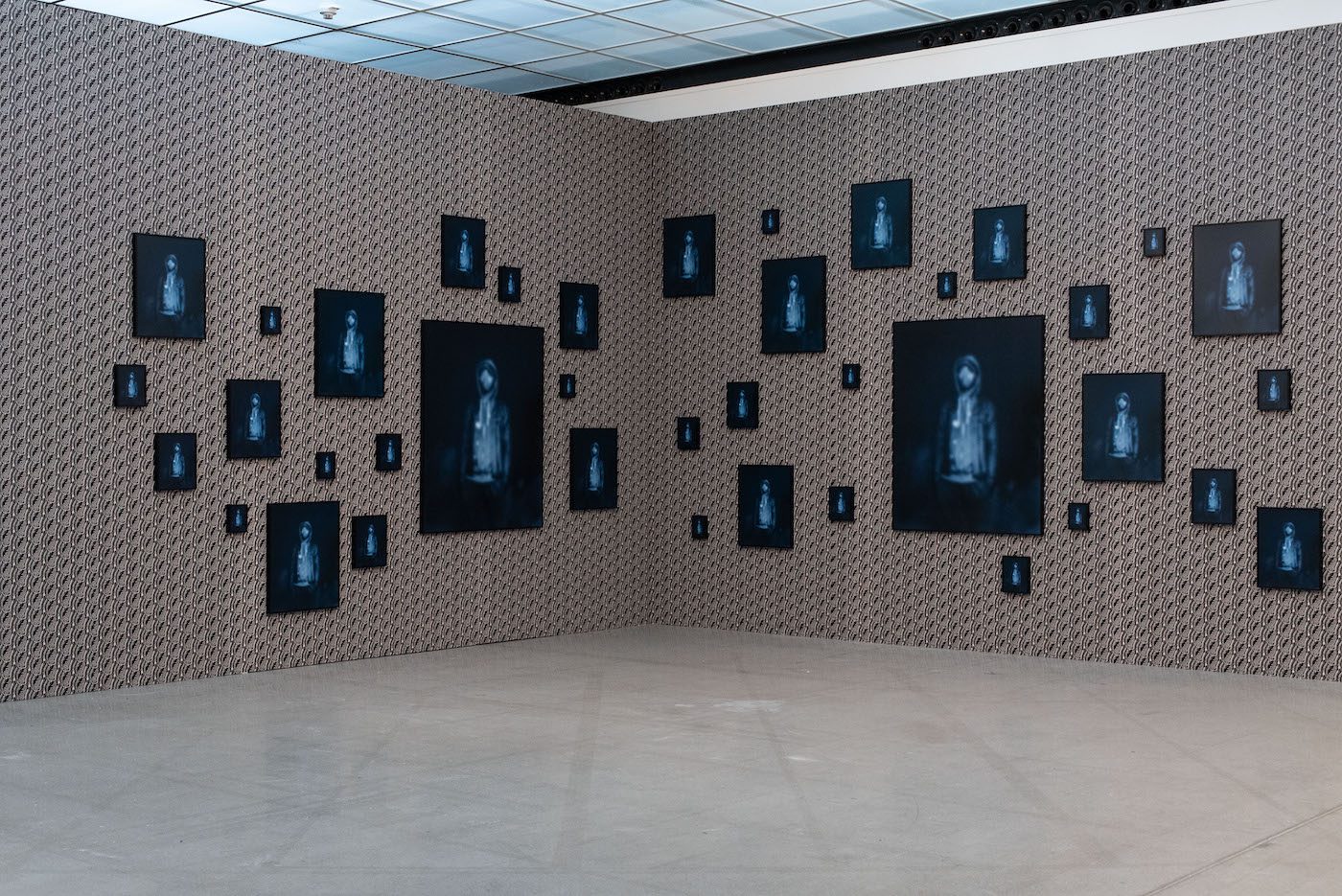 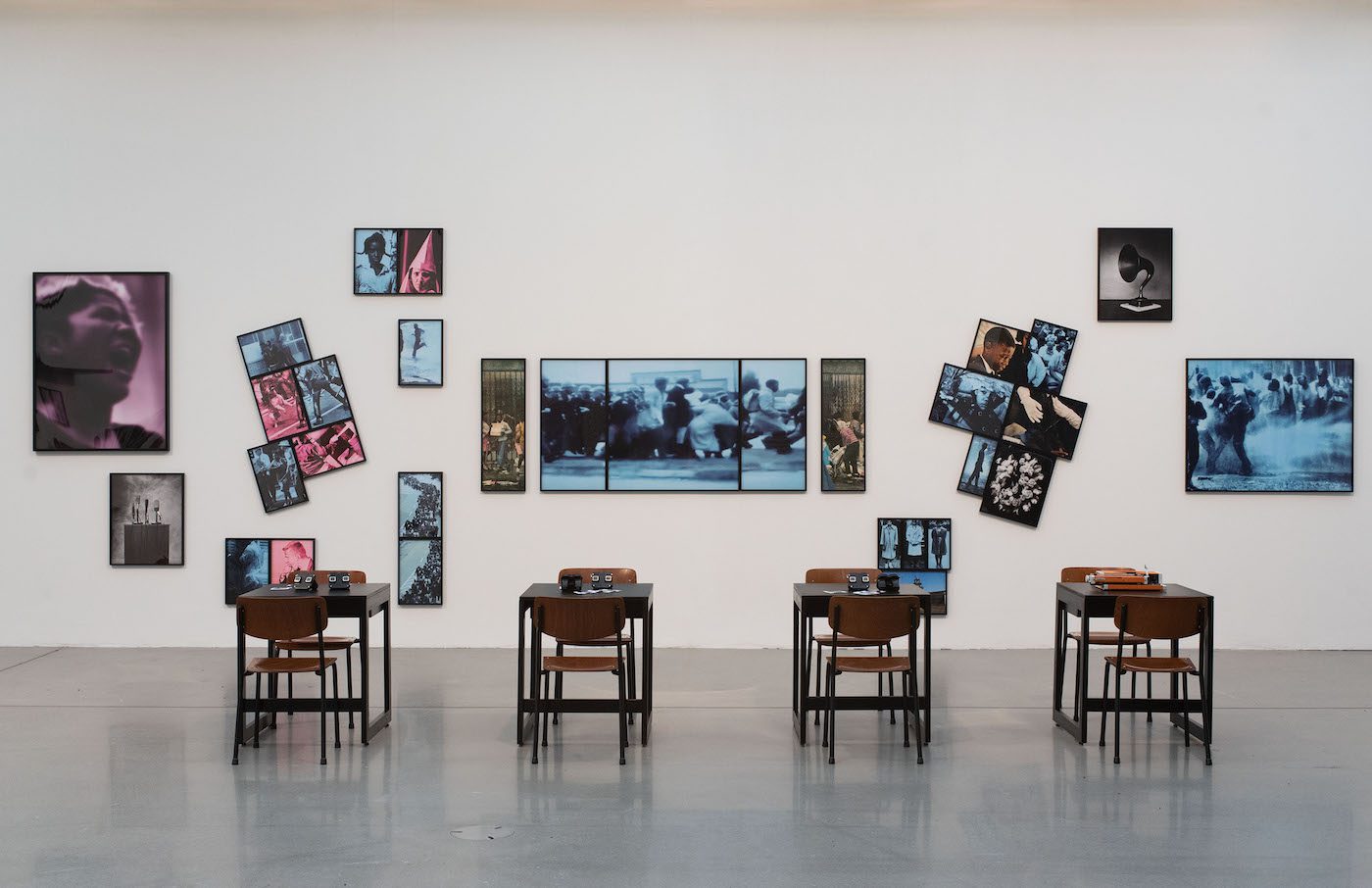 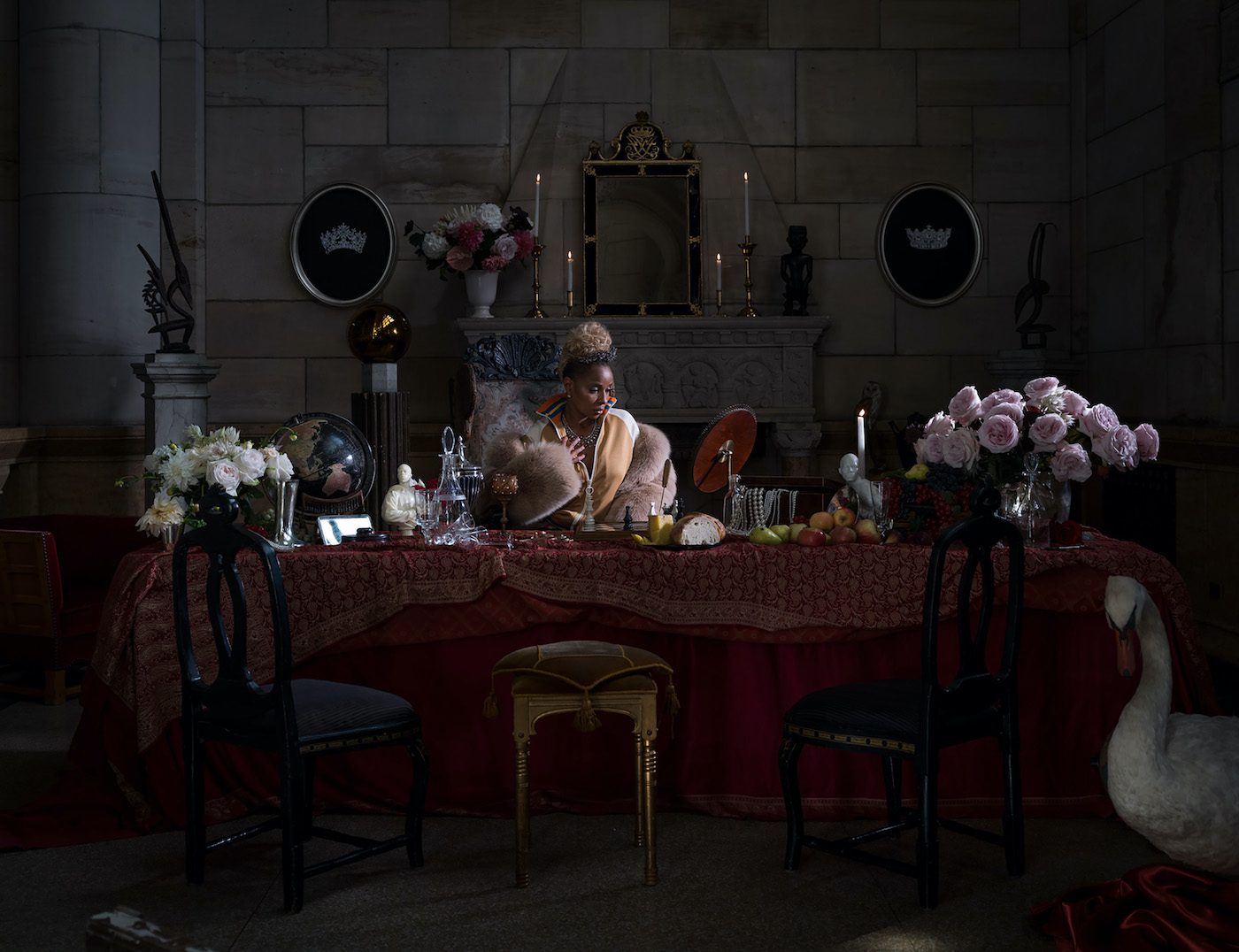 The Evidence of Things Not Seen

The US artist’s first solo and retrospective exhibition in Germany takes the name of a Baldwin essay and features a variety of media.

In 1985, author and poet James Baldwin traveled down south from New York City to Georgia to pen his book-length essay The Evidence of Things Not Seen, on the so-called Atlanta Child Murders. Commissioned by Playboy magazine, Baldwin ventured out to investigate the systemic racism performed by the city’s authorities throughout their legal proceedings. Between 1979 and 1981, twenty-eight children and young adolescents were brutally murdered in and around Atlanta. Most of them are now thought to have been committed by a man called Wayne Bertram Williams, although this attribution does not remain uncontroversial. In his essay, Baldwin specifically focused on the case of nine-year-old Yusuf Bell and his mother Camille Bell, who had, after the tragic murder of her son, formed a self-help group for victims’ families. He wrote that soon after the group began collecting funds to support families with legal matters, it was banned by Atlanta’s city officials because, in their eyes, it “violated Georgia law as concerned charitable solicitations.”

What do you do and where do you begin when an entire system refuses to see you? These questions must have occupied Camille Bell and certainly occupy Carrie Mae Weems. The latter’s first solo exhibition in Germany is named after Baldwin’s essay, and it feels out the depths of what remains unseen to Western eyes colonized by the white gaze. Württembergischer Kunstverein presents an extensive retrospective of the artist’s most important works spanning a wide range of media, from photography and film to textile and installation work. Weems’ practice has always identified the realms of Western education and science as breeding grounds for the modern mess in which we are situated. She intervenes by rewriting dominant narratives, shifting viewing habits, and troubling archives, often employing her own voice and body.

The Evidence of Things Not Seen opens with The Jefferson Suite (2019), which consists of four photographs each showing an individual turned with their back to the camera. The initial letters of the human DNA strand (ATGC) are superimposed on their backs, alluding to science’s long battle to determine humanity’s origins, from racist classifications to eugenics to the current notion that humanity’s cradle can be found in Africa. As its title suggests, the piece is also a commentary on the DNA research performed in the late 1990s to identify the offspring of Thomas Jefferson, the third US president, and his sister-in-law Sally Hamings, who was an enslaved Black woman. Its combination of scientific research and precise photographic composition signals that we are about to enter Carrie Mae Weems’ laboratory, self-designed to dissect and disturb modernism’s narrative structures with the aim of negotiating what it means to be human.

The artist’s interest in educational settings and contexts culminates in her 2000 work The Hampton Project, consisting of thirty digital prints on muslin and canvas, detailing the genealogy of the Hampton Normal and Agricultural Institute in Virginia. The Institute was founded on the premise of providing education and vocational training to Black and Indigenous folks, but Weems’ critique of such an undertaking becomes evident in her formal choices. A number of large prints are hung, laundry-like, on a clothesline that dominates the upper-left side of the exhibition space. Combining historical photographs such as classroom situations and portraits of Indigenous families, they decry a wide range of coerced attempts to domesticate communities of color. The motif of the home environment is picked up again on the opposite side of the exhibition space, blurring the line between public and private, in Repeating the Obvious (2019). Thirty-nine reproductions of the same portrait, in varying sizes, show an estranged version of the stereotyped young Black male wearing a hoodie. Submerged within a blueish background is the clearly contoured silhouette of the young man who embodies, in the white subconscious, a supposed threat to public life. The works are placed against wallpaper appropriating a design made by John Farleigh for the endpapers of the first edition of George Bernard Shaw’s The Adventures of The Black Girl in Her Search for God (1932). This moment in the show carves out most explicitly how deeply white identities are constituted by Blackness and employ it as a frame of reference to negotiate fear, life, and death.

The relief and resolution offered by The Evidence of Things Not Seen lies in one work only: Queen B (2018–19). This portrait of Mary J. Blige shot by Weems for W Magazine shows the singer and musician in an environment that evokes the still lives of the Belgian and Dutch Baroque. Her body exudes resilience and beauty, overshadowing the elements characterizing this European epoch: floral arrangements, upholstery, and a mingle-mangle of decorative objects. Mary J. Blige, in royal composure, marvels at her own reflection in a small mirror placed on the table in front of her. To see the artist in a captured moment of spiritual prowess and full embodiment was my moment of bliss.

Carrie Mae Weems, The Evidence of Things Not Seen, is at Württembergischer Kunstverein Stuttgart, Germany, until 10 July 2022

Magnus Elias Rosengarten is a writer and artist who currently lives in Berlin.