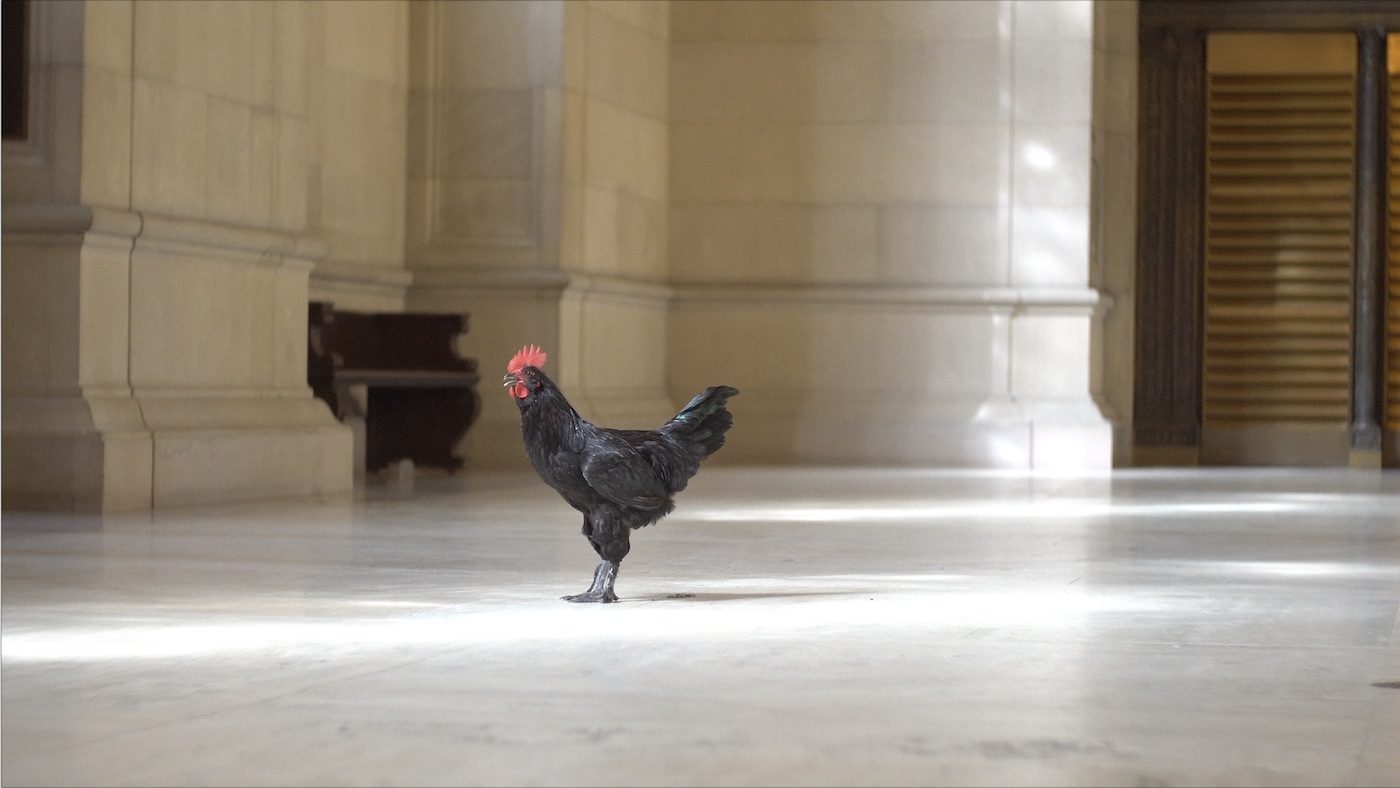 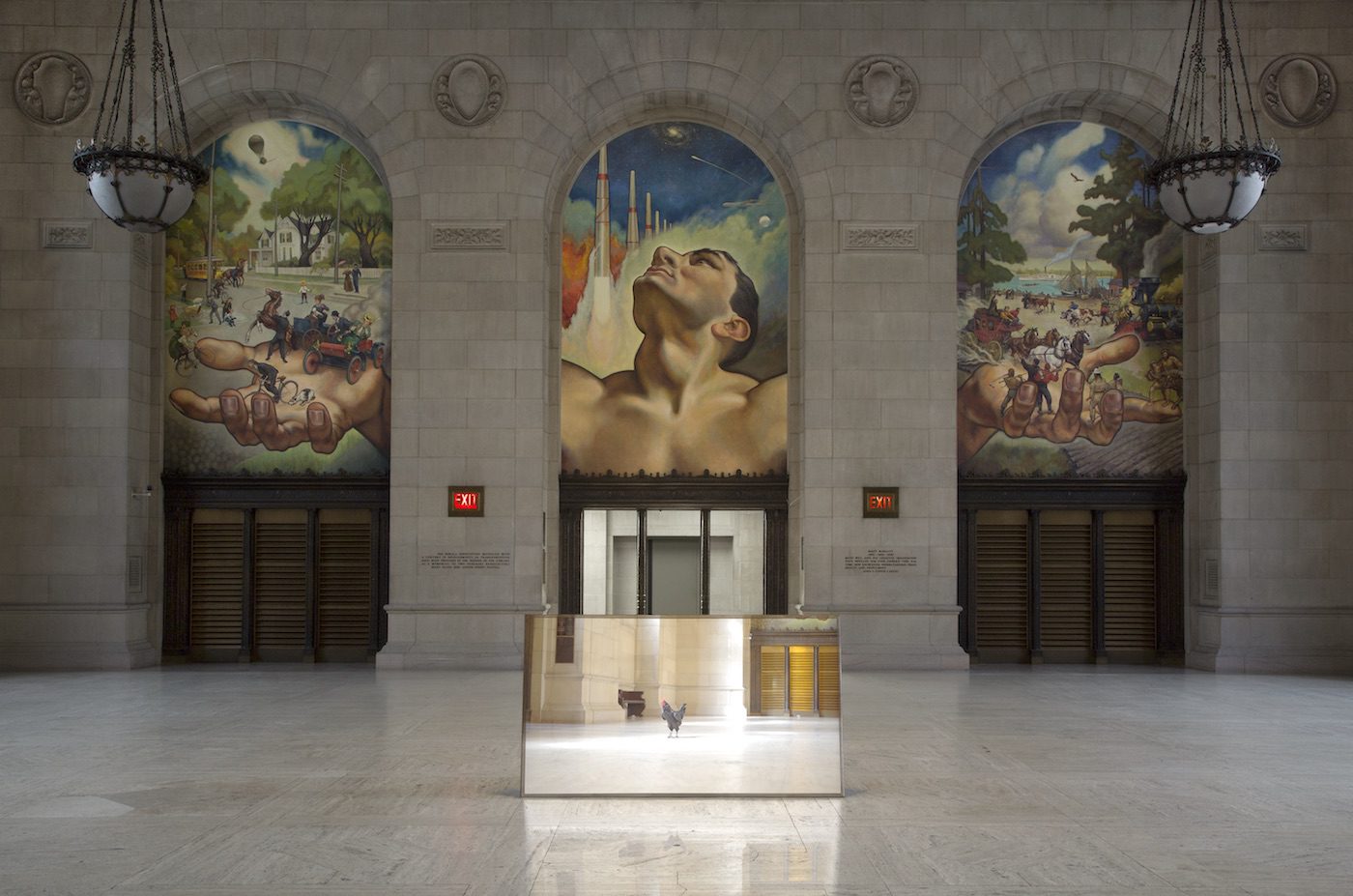 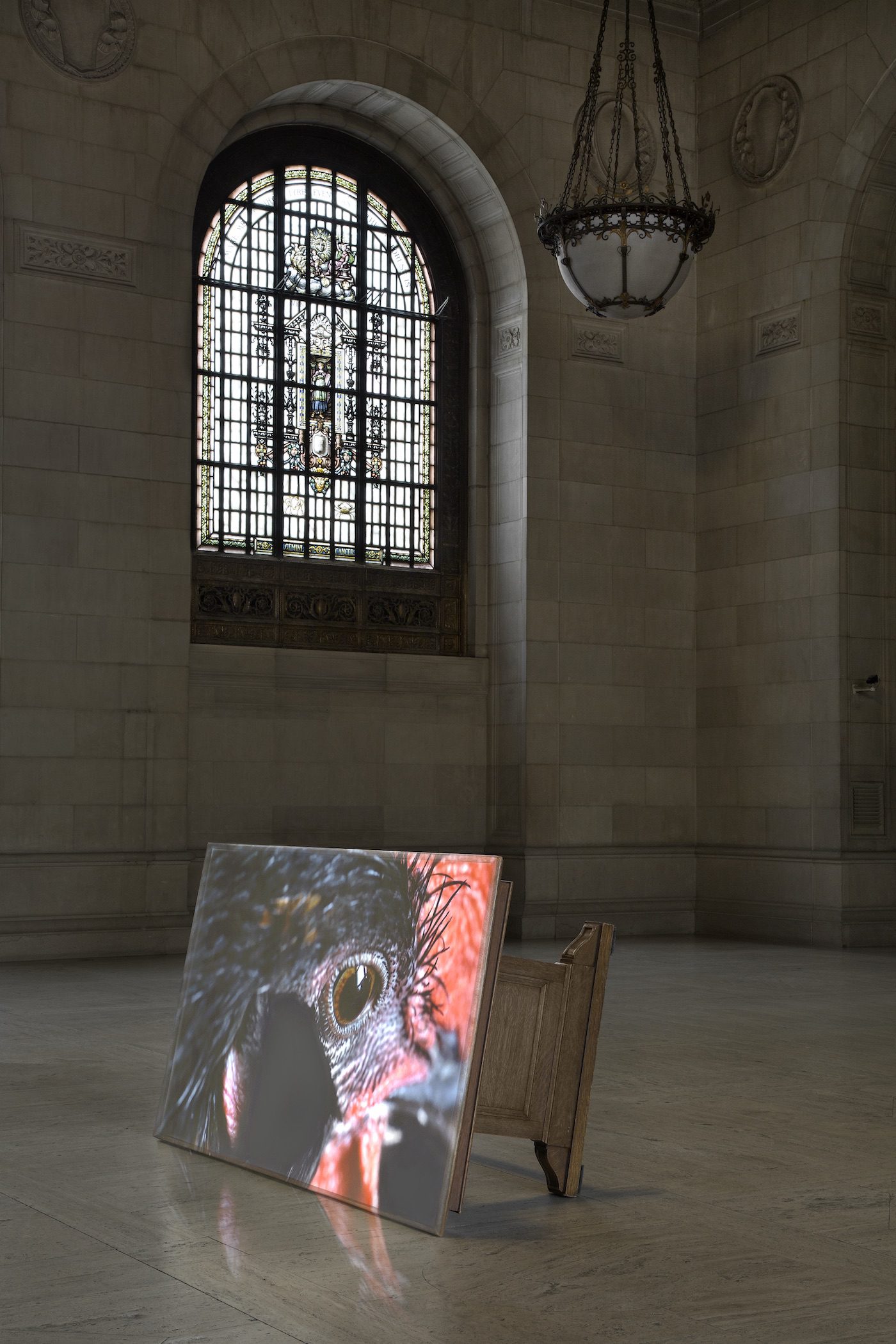 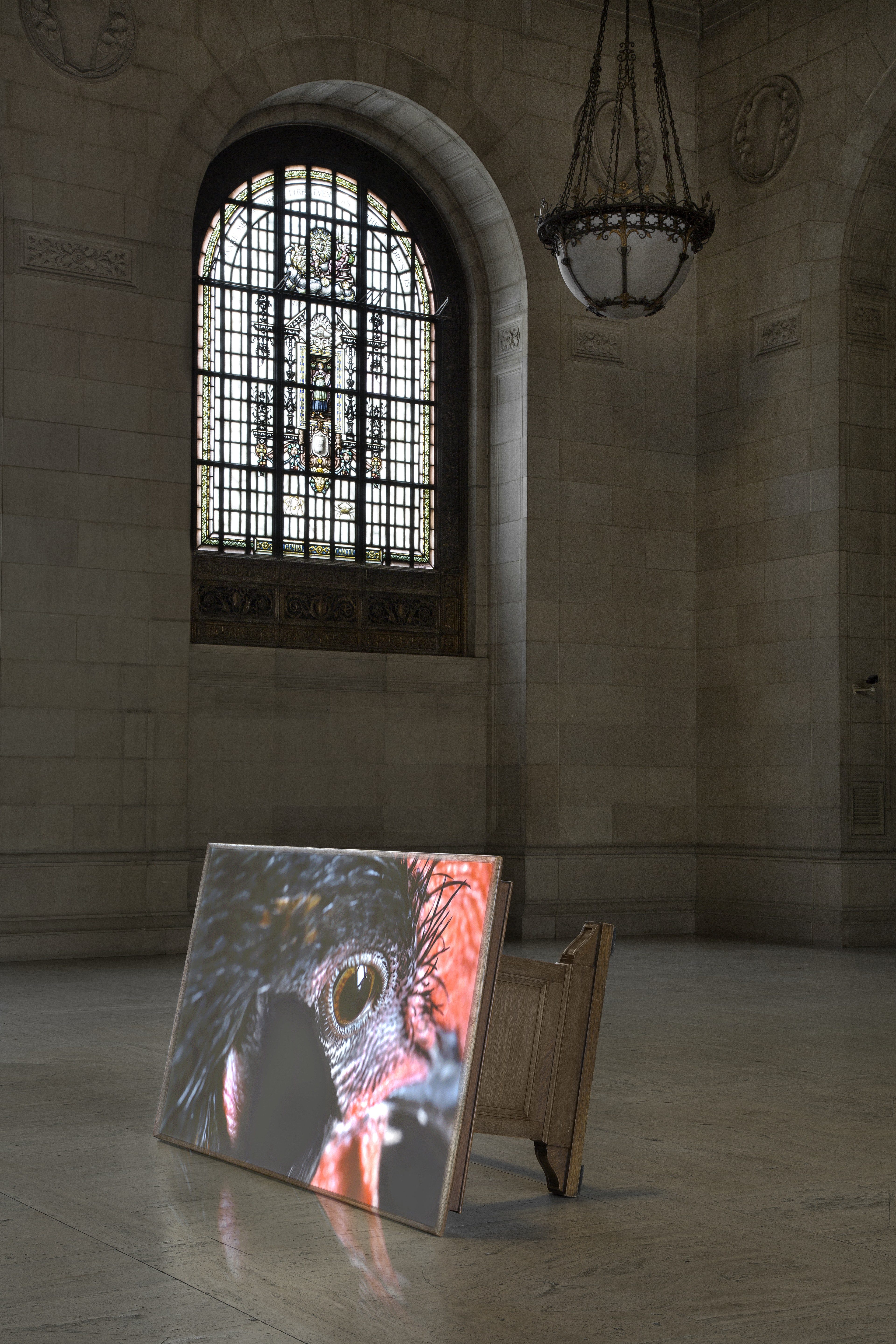 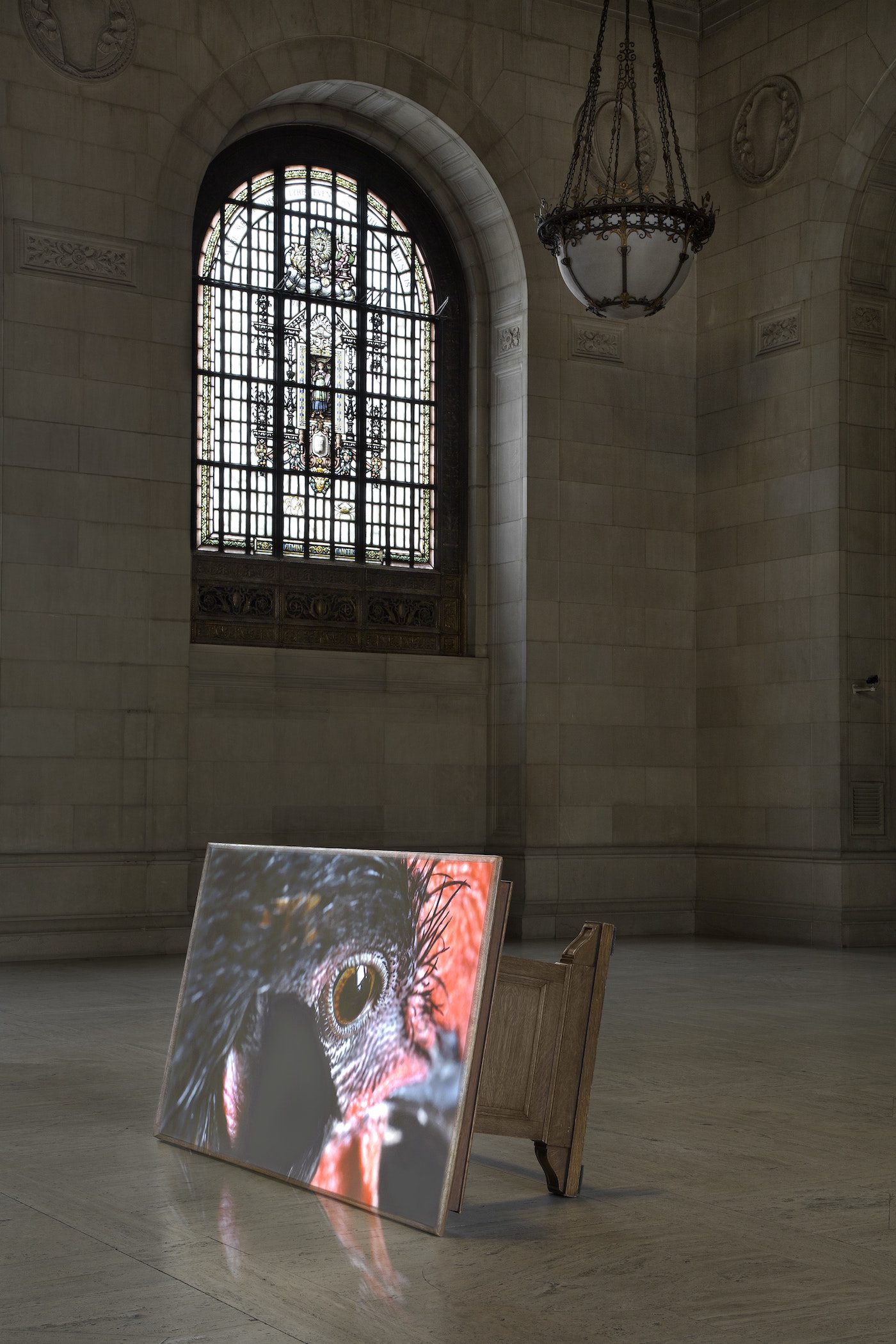 SHOW ME YOUR SHELVES!

A Black Gay Read in Detroit with James Gregory Atkinson

Show Me Your Shelves is a two-city exhibition featuring Black artists from Germany and the US. First in Detroit, followed by Houston, the show brings together artists reflecting on existing common structures, experiences, as well as differences between German Afro-diasporic cultures and lifestyles, and African American perspectives. James Gregory Atkinson is a Frankfurt-based artist who engages with collaborative structures of queer, non-white artists to observe power imbalances. C& spoke to the artist about his practice and the performative work he will present in Detroit that focuses on how Black LGBT spaces are a necessary space of exchange and knowledge.

C&: How important is geography in your artistic practice?

James Gregory Atkinson: I often work collectively with black cultural producers within similar fields of interest and tend to share my platform. A strong black geographical presence is crucial for the development of my work, and historically, the richness of queer and black histories are mostly found in city environments. As I engage with collaborative structures of queer, non-white artists, I observe and employ strategies we use to counteract forms of capitalistic hegemony which eradicates fluid channels of social mobility. My practice is an attempt to regain access and flip these channels back on itself.

C&: How would you compare education systems in the US and Germany, as well as the response to your work in those two different places?

JGA: The concept of “real diversity” is still foreign to a (German) art educational model. Although German art schools can be considered “international“, the percentage of German minorities studying fine arts is low. As a student in Germany, I always felt a strong intersectional difference between my fellow students and I, not to mention the lack of (queer) people of color in German art schools. Germany seems to embrace the concept of assimilation, it still has never really accepted or confronted its status as a colonizer and a country of immigration, although this has historically always been the case. Germany also has many issues with representation of minorities in eg. positions of power, academic institutions and media. As an artist who has studied in both countries of his origin, I find my work to often develop more organically in an American context, because there are so many people who look and live like I do, working within similar fields of interest. I feel artists/art  students in Germany have more freedom to develop their work in a less capitalist society with free education and affordable health care and housing and a functioning well fare system. However throughout the ongoing and historical brutal battle of minorities navigating capitalism in the US People of Color have developed a discourse and vocabulary to push and embark on issues regarding race, gender and privilege that in this form is still alien to a German understanding/context, But  we desperately need it especially in times of the so called “refugee crisis” and the far right party AFD gaining its all-time high after 1945 winning  12,6% of the seats at the parliamentary elections for the Bundestag in 2017, now being the third strongest party.

C&: How would you define your position as an artist, curator and individual within a global diaspora? What’s your relation to it, especially given your German-American background and experience?

JGA: As a queer, German-African American artist, curator from a working-class background⁠ – my work has always been imbued with autobiographical narratives and imagery. Drawing from a personal history of displacement and a bi-cultural German-American background, I simultaneously test and reject different thresholds of “passing” in terms of cultural identity, socioeconomic status, medium specificity, and gender roles. I engage in critical thought about how power dynamics influence access to knowledge and institutions, and how these factors are expressed within different cultures. My background has informed my aesthetic view on the world and continuously prompts me to question my relationship with the audience to whom my work is made visible. My work aims to question the formation of cultural identity in relation to a perceived hegemonic culture. I intend to address the subversive effect of the very presence of gay minority individuals on daily life in Europe and the US, and research and archive the strategies of participation and negotiation they demand.

C&: What draws you to the concept of “Show Me Your Shelves”? How does it relate to your practice?

JGA: The possibility of an expansive black gay archive is almost a folly. We often do not find ourselves entered into a collective cultural mainstream memory due to constitutive and unavoidable acts of exclusion and misplacement. The archive for “me” does not have the weight of tradition, of standard procedures and continual upkeep. Rather, the archive, Our archive, is a system of oral, spatial and formational didactisms, our artifacts are passed on. Similarly, choreography is also a dynamic system of transmission and transformation, an archival-corporeal system that exercises how the body simultaneously erases, scratches out, transcribes and rewrites its own histories.

C&: Could you share with us your first ideas for your work in the “Show me your shelves” exhibition?

JGA: I am interested in how queer people of color counteract movements of cultural erasure, appropriation and gentrification. The reading I will be interpreting is sourced from an alternative archive of its own making, created out of exclusion, Black gay reading is a mistrust of discourse, a decorative gesture in finding flaws and exposing truths.

The walls of the Adam Strohm Hall in Detroit’s public library, where the show it’s taking place, feature murals illustrating the history of the USA and what is truth and knowledge. And what struck me was the absence of Blackness in that depiction of the American genealogy. In the video I shot of a black rooster inside the library I wanted to bring these elements together and look into who holds the power to tell alternative knowledges. The CCVT cameras in the film also allude to the surveillance of the Black body within certain institutions. I chose the pubescent rooster for its symbolism for sexuality, desire and fear, also alluding to the coming of age when young men stop kissing their fathers – patriarchy.

I invited Ahya Simone the Detroit-based harpist, singer-songwriter and filmmaking femme queen to score the film. At the opening she also performed in the hall besides the murals featuring the white man holding the symbols of “horsepower” and “mobility” in his hands, and all these technological achievements of the USA. And just below the mural there are two exit signs which I read them as the escape to this whitewashed idea of history and the moment we become aware of how the world works.

Show Me Your Shelves! presented by C& took place in Detroit Public Library (Main, Skillman, Parkman), Detroit, United States, from 17 July 2019 to 18 August 2019. In Houston the exhibition will be open from 30 October until 26 November at Gregory School Library.

James Gregory Atkinson is a German-American artist. He holds a degree in Photography and Design from Lette-Verein, Berlin (2010), has studied at the Cooper Union School of Art, New York (2015) and has graduated with a Meisterschüler from Städelschule, Staatliche Hochschule für Bildende Künste, Frankfurt (2016). After completing his artist residency at Villa Aurora, Los Angeles (2016) and being a partcipant at the Jan Van Eyck Academie in Maastricht, Netherlands (2017). Atkinson currently lives and works in New York after being awarded with a studio grant by the Cultural Foundation of Hesse (Hessische Kulturstiftung) (2018-2019). His works have been exhibited in various institutions, most notably the MMK Museum für Moderne Kunst (Frankfurt am Main), Ludlow 38 (New York), HAU Hebbel am Ufer (Berlin), Kunsthalle Krems (Krems, Austria), Kunstraum München e.V. (Munich) and Nassauischer Kunstverein (Wiesbaden, Germany).