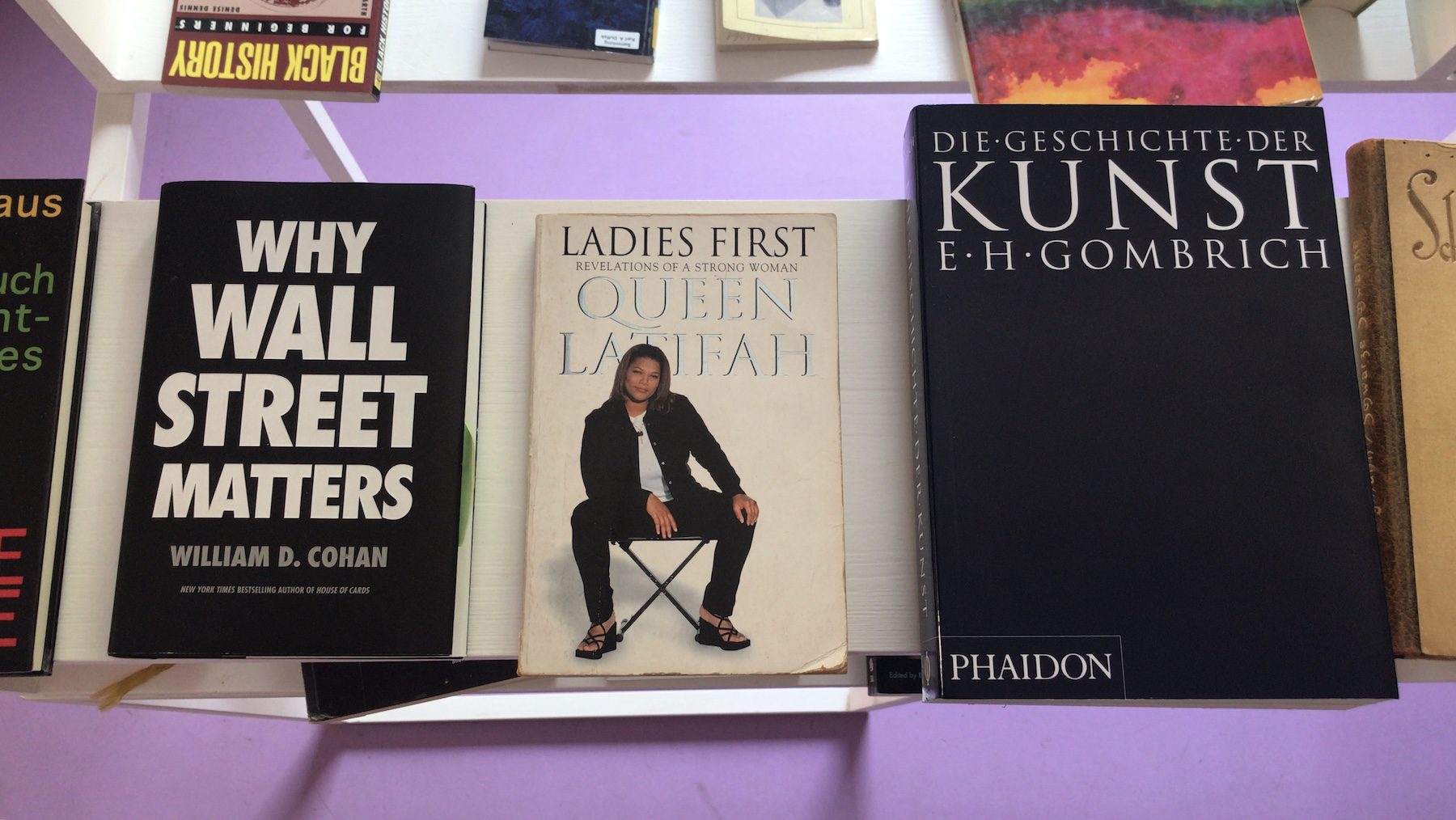 “SHOW ME YOUR SHELVES!” presented by C&

In a rare constellation, the exhibition “Show me your Shelves!” realizes an artistic dialogue between Black artists from Germany and the US.

First in Detroit, then later this year in Houston, the two-part show brings together eight artists reflecting on existing common structures, experiences, as well as differences between German Afro-diasporic cultures and lifestyles and African American perspectives. The exhibition challenges the question of how libraries can expand on becoming open spaces of encounter and knowledge specifically regarding the connections of African Diasporas.

“Show me your Shelves!” is conceived by founders and editors-in-chief of the art magazines Contemporary And (C&) and Contemporary And América Latina (C& AL) Julia Grosse and Yvette Mutumba. It is facilitated in close collaboration with Jessica Allie, director of ProjectArt Detroit, a free after-school and artists residency program located in several Detroit public libraries.

In addition to the exhibition, C& will be launching a Special Print Issue developed by young arts writers from Detroit and Germany. The issue discusses questions around Afro-German and African American experiences raised during a writing workshop which took place in Detroit in November 2018. The C& Special Print Issue will be launched on 17th July as part of Detroit Art Week and will be distributed for free at different locations in Detroit as well as to the global network of C& readers.

“Show me your Shelves!” is funded by and takes place within the framework of the German campaign Wunderbar Together – The Year of German-American Friendship, initiated by the German Federal Foreign Office (AA), the Goethe-Institut, and supported by the Federation of German Industries (BDI). This campaign works to highlight the decades-spanning foundation of common values, interests, and goals between the two countries.

James Gregory Atkinson is a German-American artist. He holds a degree in Photography and Design from Lette-Verein, Berlin, has studied at the Cooper Union School of Art, New York and has graduated with a Meisterschüler degree from Städelschule, Staatliche Hochschule für Bildende Künste, Frankfurt (2016). Repetition and revision or repetition with a signal difference are fundamental to black artistic forms, from painting and sculpture to music and language use. In his latest work for the exhibition “Show me your Shelves!”  James  Gregory Atkinson analyzes emblems of  black queer self expression, which emerge both from within and against the cultural and historical discourses operating around them.

Bree Gant is a multidisciplinary artist, dancer, and documentarian from Detroit reimagining future-histories. Gant’s practice emerges from self-examination and social documenting, often in the form of speculative portraiture, video, and installation. In 2016, Gant won a Knight Arts Grant for the afrofuturepast dance film project. As part of “Show me your Shelves!” she will install a newly produced work which includes performative elements at the Skillman Branch in downtown Detroit, a branch she has been interested in for a long time.

Jennifer Harge is a dancer, performing artists, and educator. She is the founder of Harge Dance Stories and holds an MFA from the University of Iowa (Dean’s Graduate Fellow) and a BFA from the University of Michigan. For “Show me your Shelves!” Harge invites visitors into her performance specially developed for the Parkman Branch of the Detroit Public Library. Her approach to form combines the multiplicity of her Black and queer identities with her training in postmodern dance. Her performances are embedded within specific Black vernacular gestures, codes, and rituals as a way of subverting postmodern obscurity.

Janine Jembere is a filmmaker and sound artist working in different constellations on performances, educational projects, films and film programs, sound works, and interventions. She studied visual communication/media at the Hochschule für Bildende Künste Hamburg, and was a visiting student at the Department for Fine Arts and Design at the Addis Ababa University. For “Show me your Shelves!” she has produced an audio art work which traces different sonic strategies across times and spaces, approaching sound as a sphere of empowering and analyzing, mobilizing individually and collectively.

Contemporary And (C&)  is an art magazine and a dynamic space for issues and information on contemporary art from Africa and its Global Diaspora. C& publishes weekly features, columns, reviews, and interviews in English and French on contemporaryand.com. C& América Latina (C& AL) focuses on the connections between Latina America, the Caribbean, and Africa. Texts on this platform are published in Portuguese, Spanish and English. Being read in around 120 countries, C& collaborates with an international network of major protagonists of the global art scene as well as with young, emerging voices. This happens online and on the ground. The C& print issues are published twice a year.