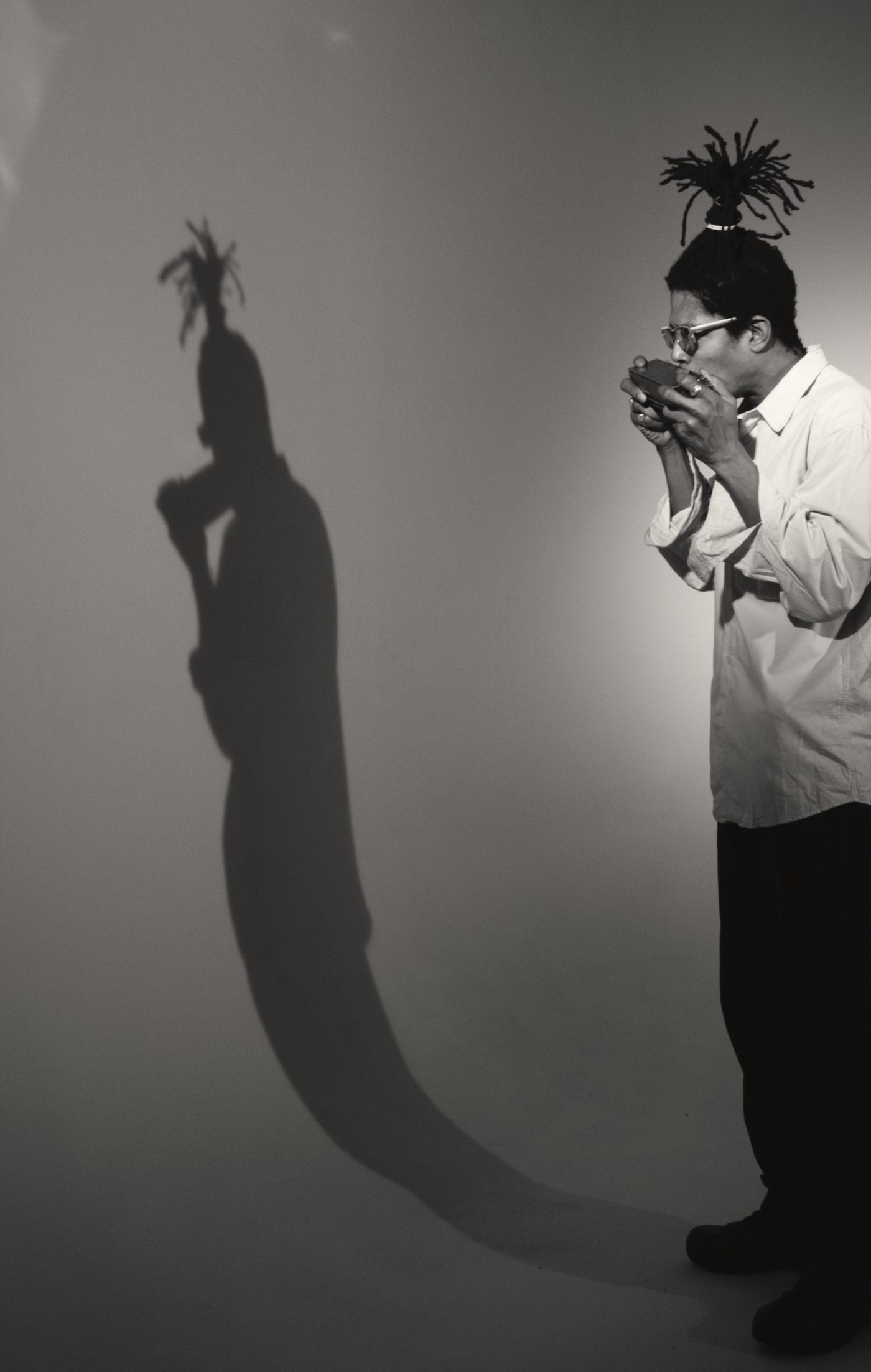 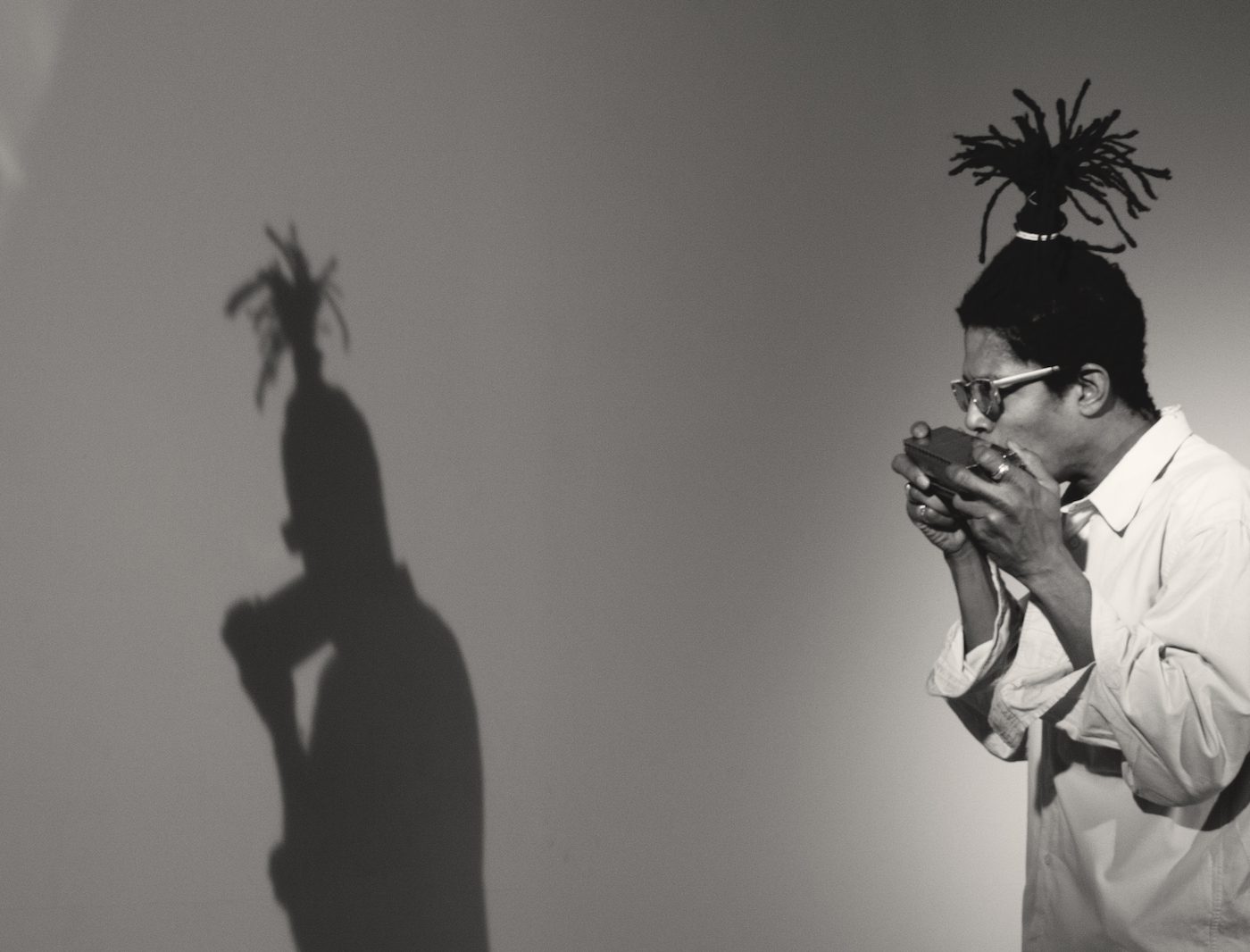 Wynton Kelly Stevenson was born a musician in Teaneck, New Jersey, in 1973. Named after the great jazz pianist Wynton Kelly by his father Rudy Stevenson, himself a great jazz musician and composer, he has now found his place in Berlin. Joining his father, who moved to Berlin back in 1988, he directly joined a well-known milieu of jazz musicians. Wynton is satisfied with the musical opportunities he has found in Berlin. He calls himself the Wyndstrument, referring to his harmonica – he has even become the brand ambassador for the famous German manfuacturer Hohner. Celebrated in Berlin’s best jazz clubs as well as in its local bars, Wynton has spread his unique music style. Incorporating a loop station that records his beats and harmonica, he has developed a genius way to always play songs differently.

Tikam Sall: How was it arriving in Berlin?

Wynton Kelly Stevenson. Hmm… it was very strange. I didn’t know a lot of people at first. I only knew my father’s friends at that time, older musicians. I got the chance to play on different stages and jazz clubs with my father’s band, the Rudy Stevenson Soul Band. I got to be the last horn on harmonica, my instrument. So yes, it was quite an experience coming to Germany and especially Berlin. The jazz scene was growing quickly when I came to Berlin and it’s still going steady.

Berlin offers me a lot of different things, a lot of different forms of creativity. The creation out here is big, so when you see somebody else making something, it gives you inspiration. It’s a different type of freedom, comparing to where I am from in New Jersey. Another reason why I stayed. Because of what I do. It is still pretty unique, I can continue exploring my art. No one else I know is really playing beat box, harmonica, and loop station. [Laughs.] I got introduced to the loop station actually here in Berlin. That really changed my music career, now I can go to any place and it sounds like three people are playing at the same time.

TS: It seems like Berlin as a metropole offers better living conditions for artists than American cities. Have you considered continuing your career in the US?

WKS: When I went back to the States, it was like everyone got put in a headlock. They worked to keep their jobs, to keep their apartment that they sleep in four hours at most… They don’t have any time to live. Berlin gives you time to breathe. It would not make any sense to me to go back.

TS: Would you say there is a Black artist scene in Berlin?

WKS: The scene I have experienced was the jazz scene, with the most Black musicians. The poetry and poetry slam scene also maybe… A Black artist scene in Berlin… I would say there is no Black scene in Berlin. There are Black people in different scenes of Berlin, but there is not like a Black movement or a just-Black-people creative scene here. But I don’t feel the people here worry about that, they don’t have the need here, rather they want to mix it up. I always wonder about it. Whenever I travel through Europe and when I get to the train station, I always count. I am like: “Okay, there is one Black person there… Okay, good.” If I was the only one, I don’t know if they are going to be … ready to be nice. When I go to a hip-hop party, it’s a little weird for me, because I can count on one hand how many Black people are there. Unless there is somebody from the United States performing – then I can count on two hands. It was weird, at first, because I saw a lot of people dancing to hip-hop and there were no Black people there. It looked weird because it was hip-hop, the music I grew up on. They take the music and think it’s theirs. Na, na, na, too much stealing in the world.

TS: If you compare it to the jazz scenes you encountered in the US, what do you notice?

WKS: In the States, there are definitely diverse Black jazz scenes, like in Harlem, New York, New Jersey, and Detroit. These cities
all have their strong Black music scenes. A Black artist scene back in the States would be more organized. It would be more than just a Black-people performance once in a while. The crowd would be mixed, with more people appreciating Black music. I am not saying that Berlin does not appreciate Black music, but there’s not a scene for it. In Berlin, there is a poetry scene that has a lot of strong Black poets in it. But not a music one. Unless it’s Black History Month, then you see a lot of Black people. [Laughs.] But it’s the only time.

TS: Don’t you miss the music scenes back in the United States?

WKS: It’s not really that I miss a scene… It’s more that I feel alone, most of times. It’s not missing a clique or a scene. I am always happy when I can relate to people. I would like to have other Black people to play with or more African Americans, but I won’t let that hold me up. So yes, it is very special to me when I am in my familiar surroundings. It’s very comforting. At the same time, when anything gets too political, I have to do my music and move on.

I would love a scene in Berlin where they pay musicians a fair amount of money. [Laughs.] I want to belong to that scene!