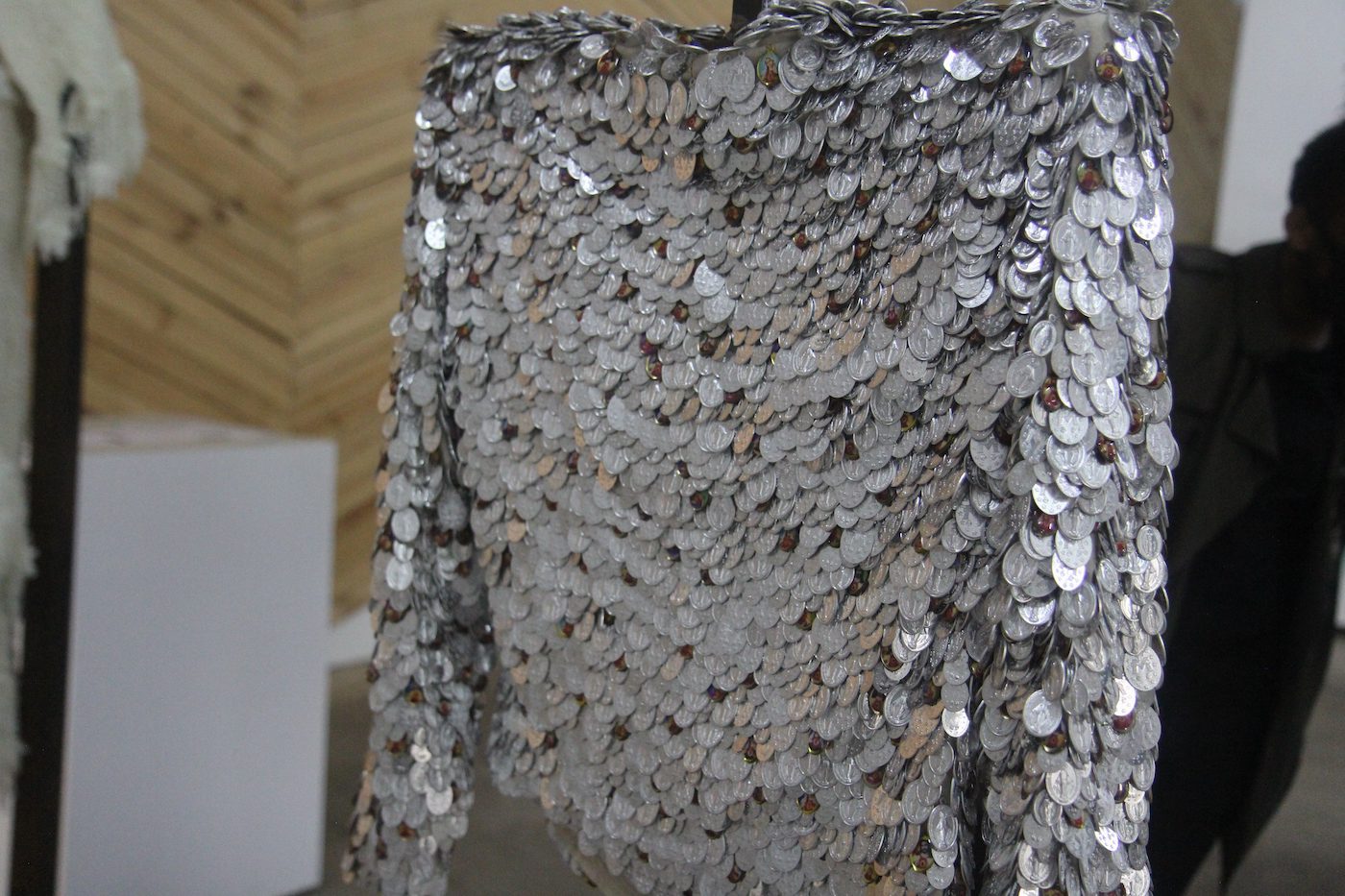 An installation by Cedric Mizero during the first exhibition at the venue , Photo by Andrew. I Kazibwe
1/9
1/9 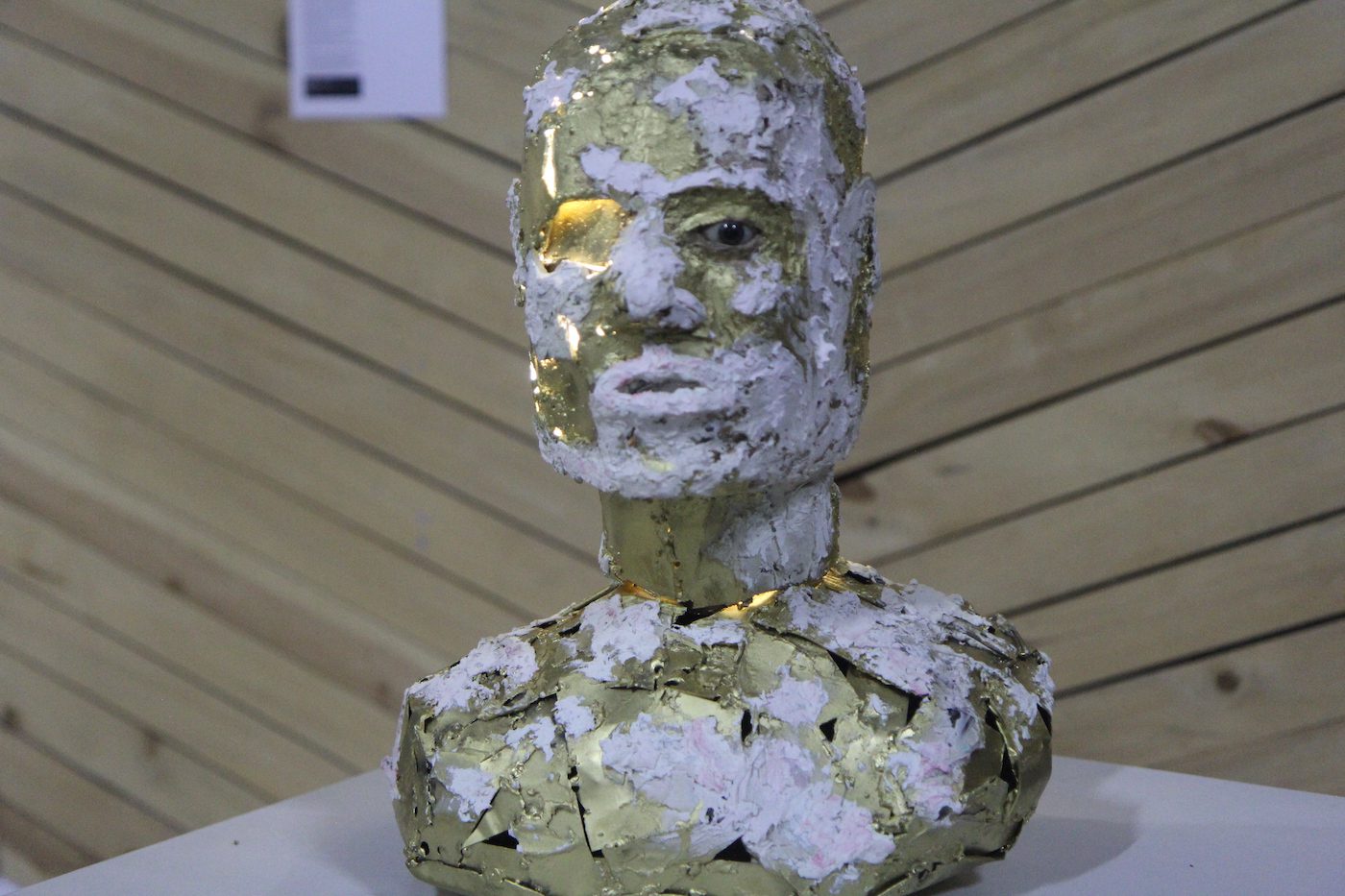 An Art installation by Willy Karekezi, Photo by Andrew. I Kazibwe
2/9
2/9 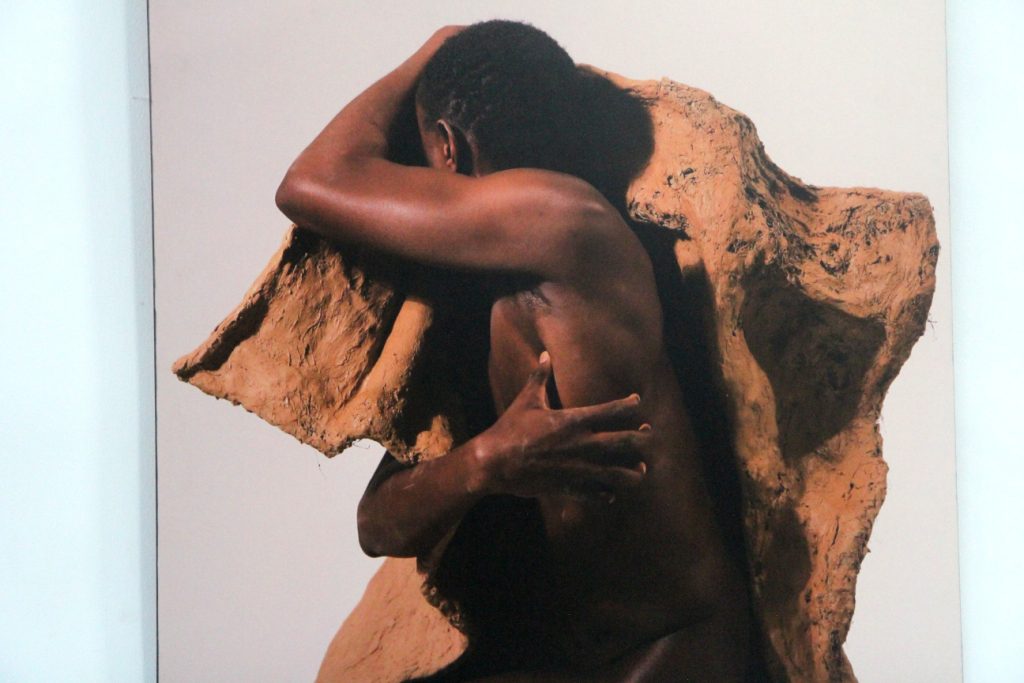 Works on display by Collin Sekajugo , Photo by Andrew. I Kazibwe
3/9
3/9 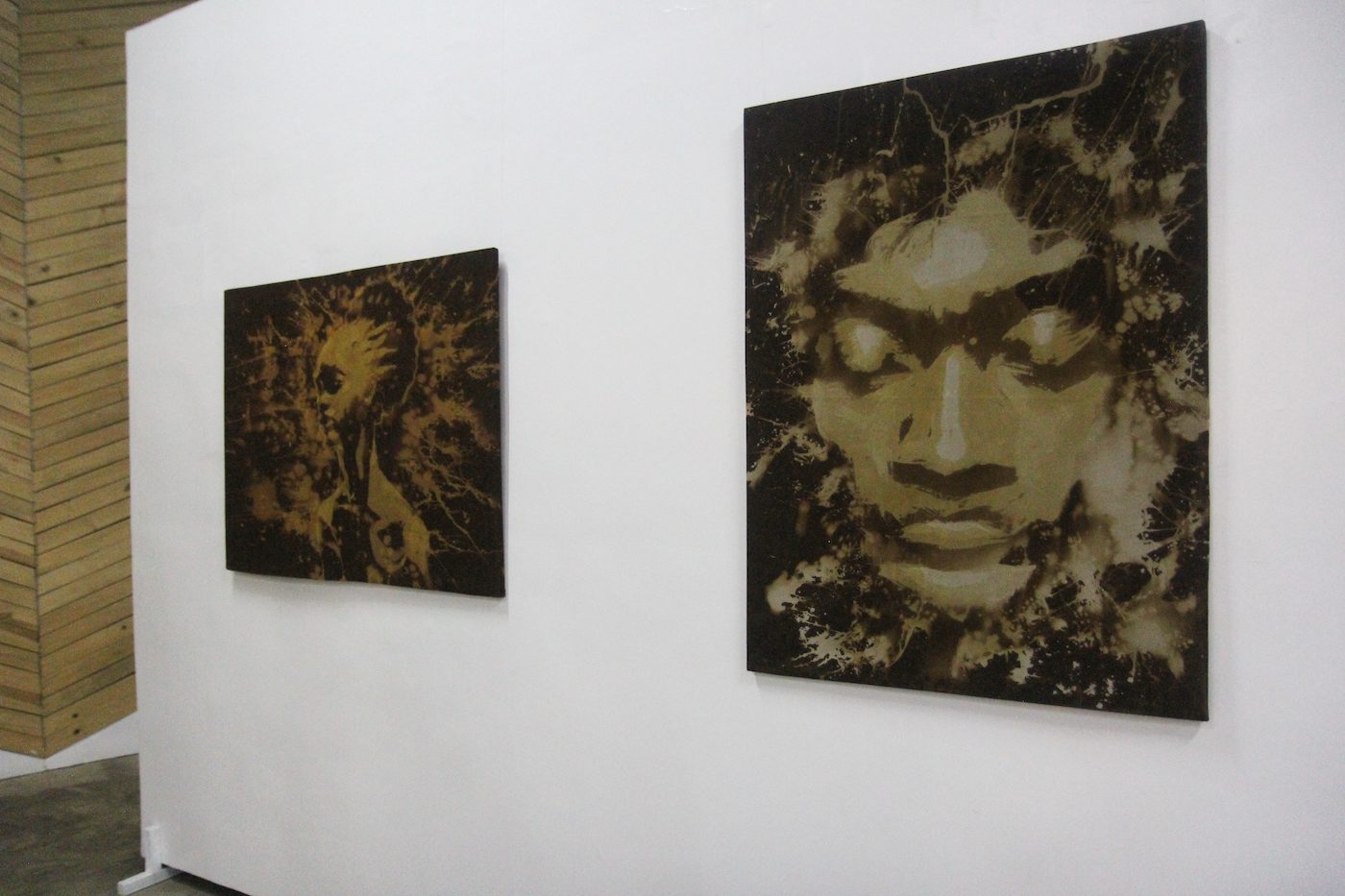 Breach Art painting on Canvas by Mucyo, Photo by Andrew. I Kazibwe
4/9
4/9 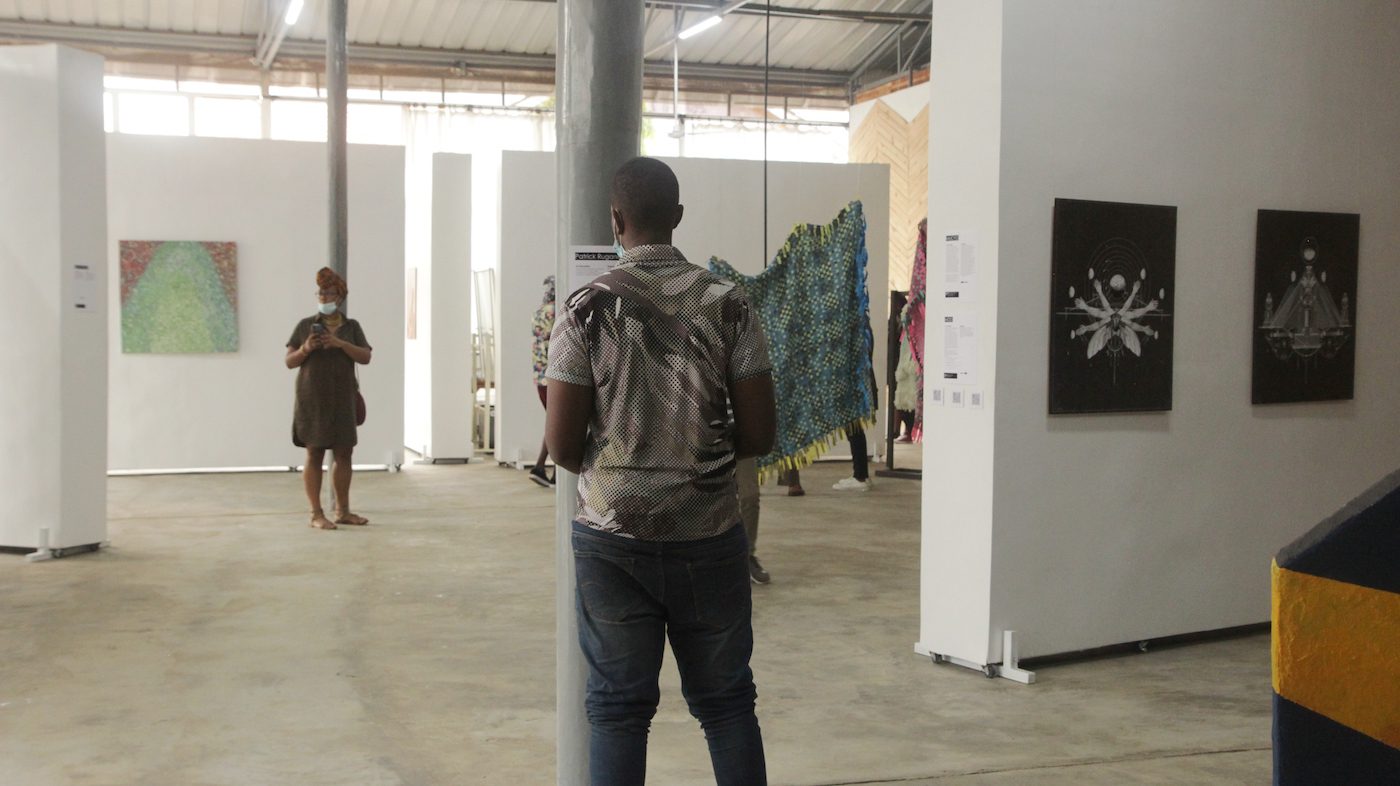 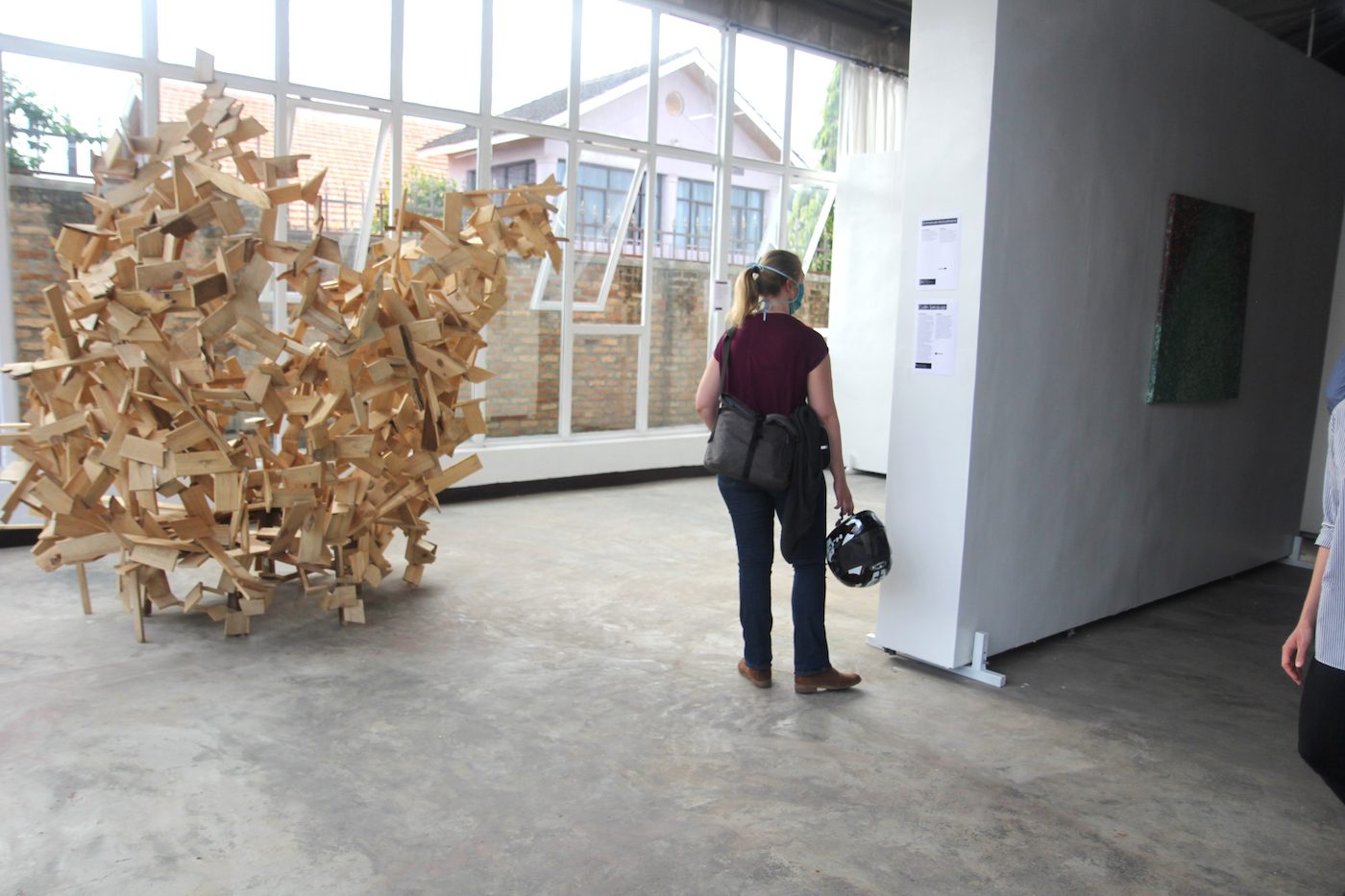 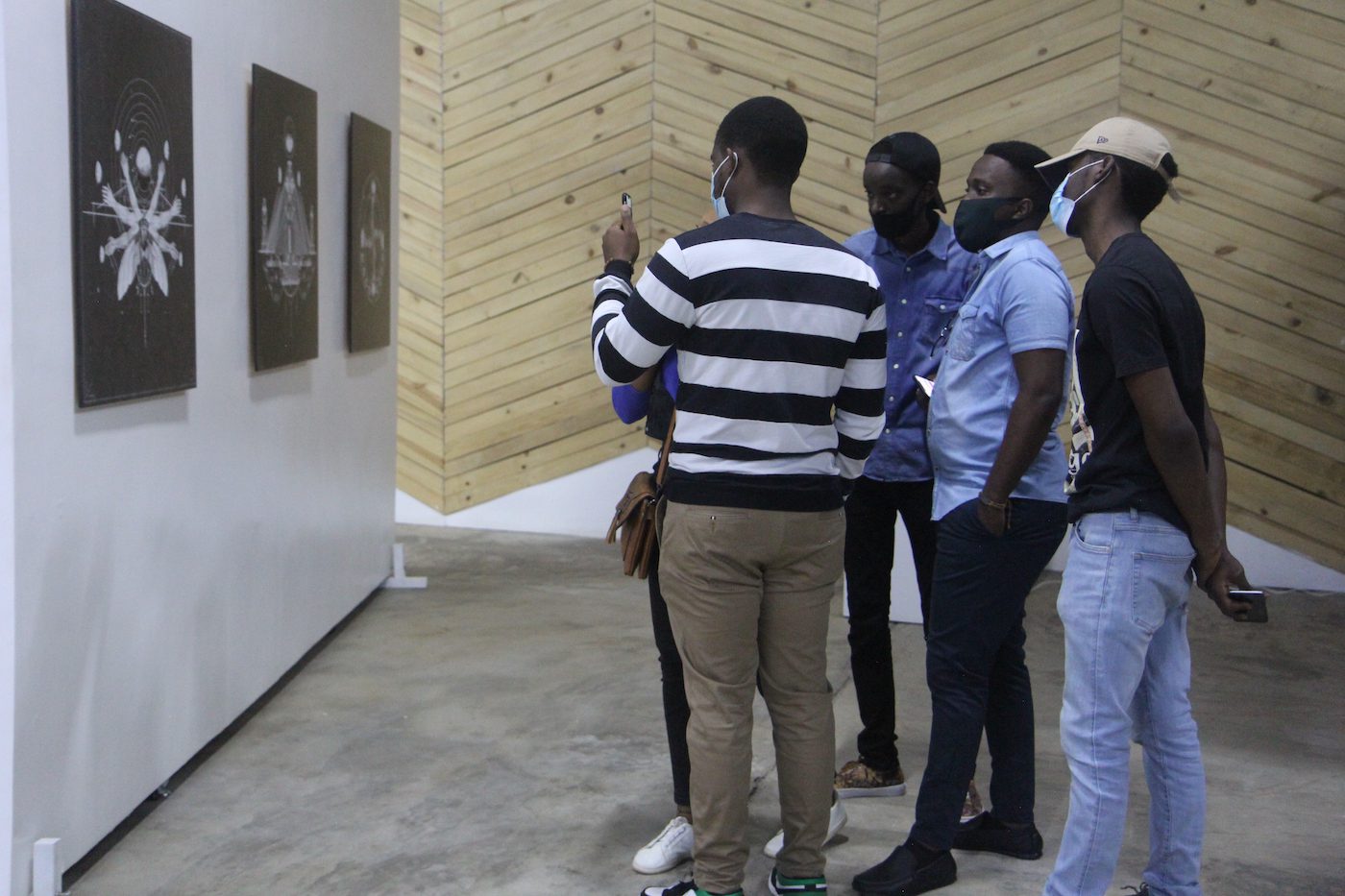 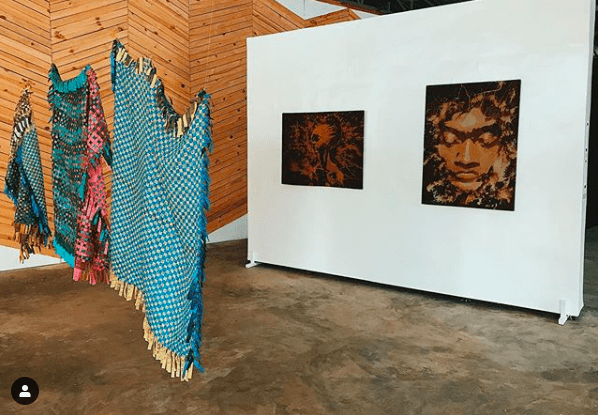 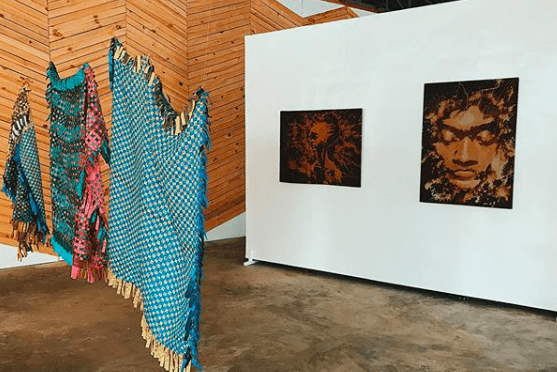 In Kigali a New Art Space Sets an Example

Andrew I. Kazibwe visited the newly launched L’ESPACE, which aims to redeem the Rwandan arts scene.

On entering the 450-square-meter space, located at Kacyiru, just next to the Kigali Public Library, I gain a new feeling about Rwanda’s art scene, which has long suffered a great challenge in bringing in and organizing arts events, since it is yet to possess a public space primarily dedicated to the arts.

Without dedicated spaces, Rwandan arts events have battled other fields for room in stadiums, arenas, hotel auditoriums, and conference centers – a battle which has limited artistic expression.

L’ESPACE was founded last year, after Burundian creative Kevin Beaulier relocated from Sweden to Rwanda and met colleagues with dreams that he shared. “We didn’t have any place in Rwanda to freely showcase our works,” Beaulier explains. “We all had to hunt for viable venues.”

Joining efforts with Dida Nibagwire’s theater company Iyugi and Wesley Ruzibiza’s creative arts company Amizero Kompagnie (the group behind the annual East African Nights of Tolerance dance festival), Beaulier worked towards the establishment of this new space. “We had been organizing pop-up events for over a year, but that wasn’t an experience that allowed for free artistic expression,” he explains.

L’ESPACE has emerged as a creative hub that currently houses an art gallery led by Beaulier’s own Maison Beaulier, a theater, a studio, and a performing arts space led by Iyugi and Amizero Kompagnie. L’ESPACE isn’t tied to or driven by a sole art form, but rather designed to accommodate lots of them. The venue holds immense flexibility in terms of set-up: it is partially partitioned by white wooden cardboards, which can be removed, modified, or adjusted depending on the event.

“We want a space which is flexible and free for diversity, as we would like to explore different art disciplines,” Beaulier says, explaining that opening up a space is one thing, but that meeting and opening up the expectations of Rwandan and East African art audiences is another.

The inaugural exhibition Factory of Dreams, which ran from August 4 to September 30, introduced visitors to works by sixteen local artists, but also informed visitors of the ideas behind the venue’s establishment.

Any entrant had to follow a strict protocol of hand sanitization, and was then given an explanation as to the layout of the space. With great mild lighting, the well-spaced-out paintings naturally guided art enthusiasts into proper social-distancing, in respect of the COVID-19 guidelines. Having taken a stroll around the facility which lasted for close to two hours, I must confess I found that the learning of the works on display needed more time to further digest.

Beaulier’s arts journey began three years ago in Sweden, where as a curator he pioneered Maison Beaulier, an exhibition which toured Europe. Maison Beaulier held its first showcase in Stockholm in 2017, bringing together visual art, music, design, fashion, and culinary creativity, among others disciplines. It traveled to Munich in 2018, Milan in 2019, and then Kigali. While in Rwanda, it staged several further pop-up sessions. “It was all about immersing people into our art world, for them to acquire experience,” Beaulier explains.

Works on display by Collin Sekajugo , Photo by Andrew. I Kazibwe

Together with Nelson Niyakire, his business partner and co-curator for Maison Beaulier, who was then based in France, he vowed to return to East Africa in pursuit of a bigger plan for developing the arts. They had been opened up to understanding the potential of arts in East Africa, having noticed that arts from the region seemed barely visible in Europe. “When people hear about arts from Africa, it is West Africa which is mostly known out there,” he states.

The collaborators began actively working on this space and project’s opening events in February this year, with the hope of launching it in May, but were held back due to the COVID-19 lockdown. “We are trying to find ways into opening it further, but are also cautious about the health requirements,” Beaulier states. “That’s why opening hours and the numbers of people have been strictly limited and supervised.”

L’ESPACE emerges as a sole self-funded arts space offering a lot of promise – and indeed hope to the many local artists who have long been hidden from public view.

Andrew Israel Kazibwe, a Rwanda based Arts Journalist and Blogger. He contributed to publications like The New Times Rwanda, The Independent Magazine and ugamuziki.co. Andrew was a participant of the C& Critical Writing Workshop in Nairobi funded by Ford Foundation.