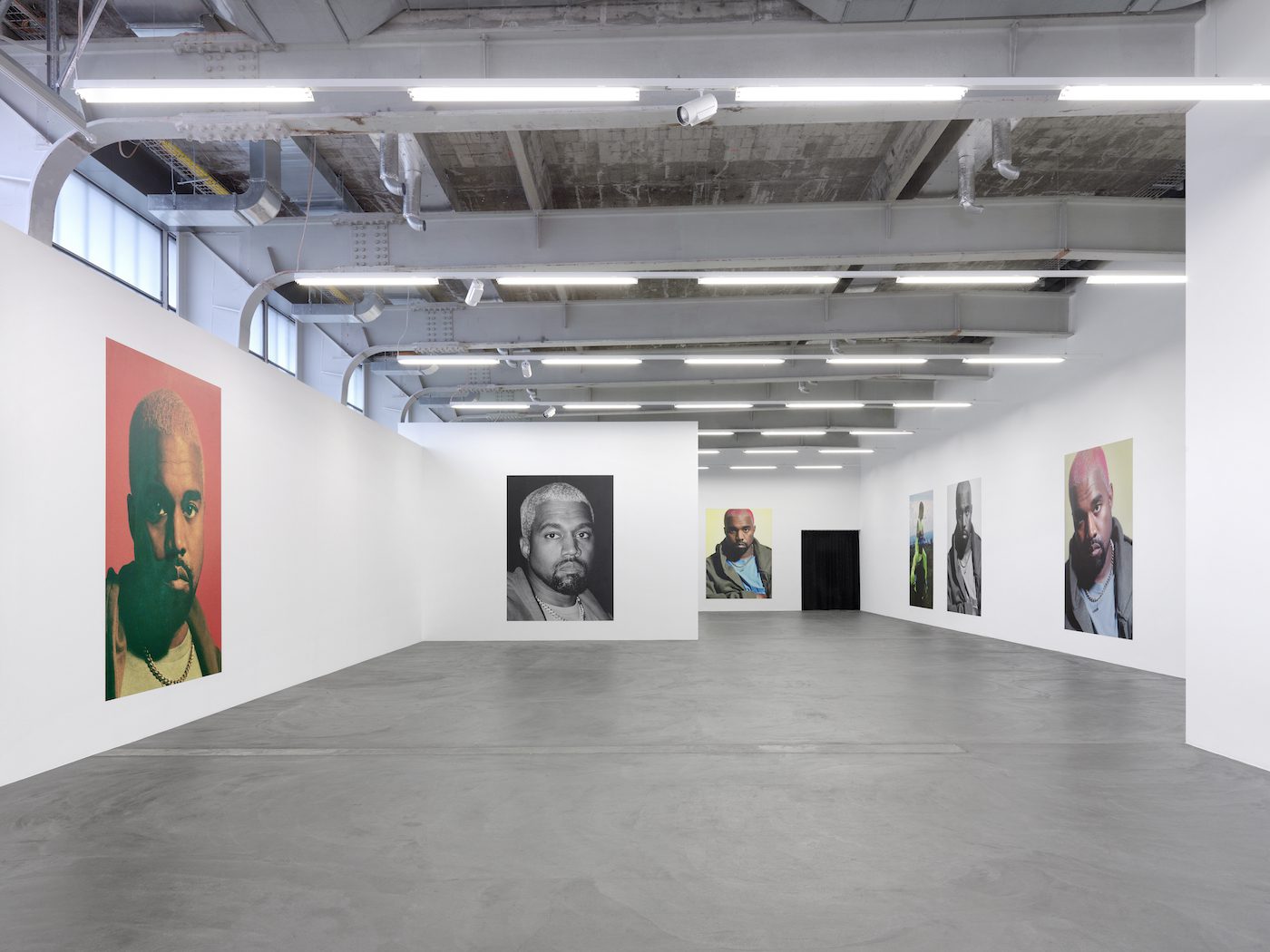 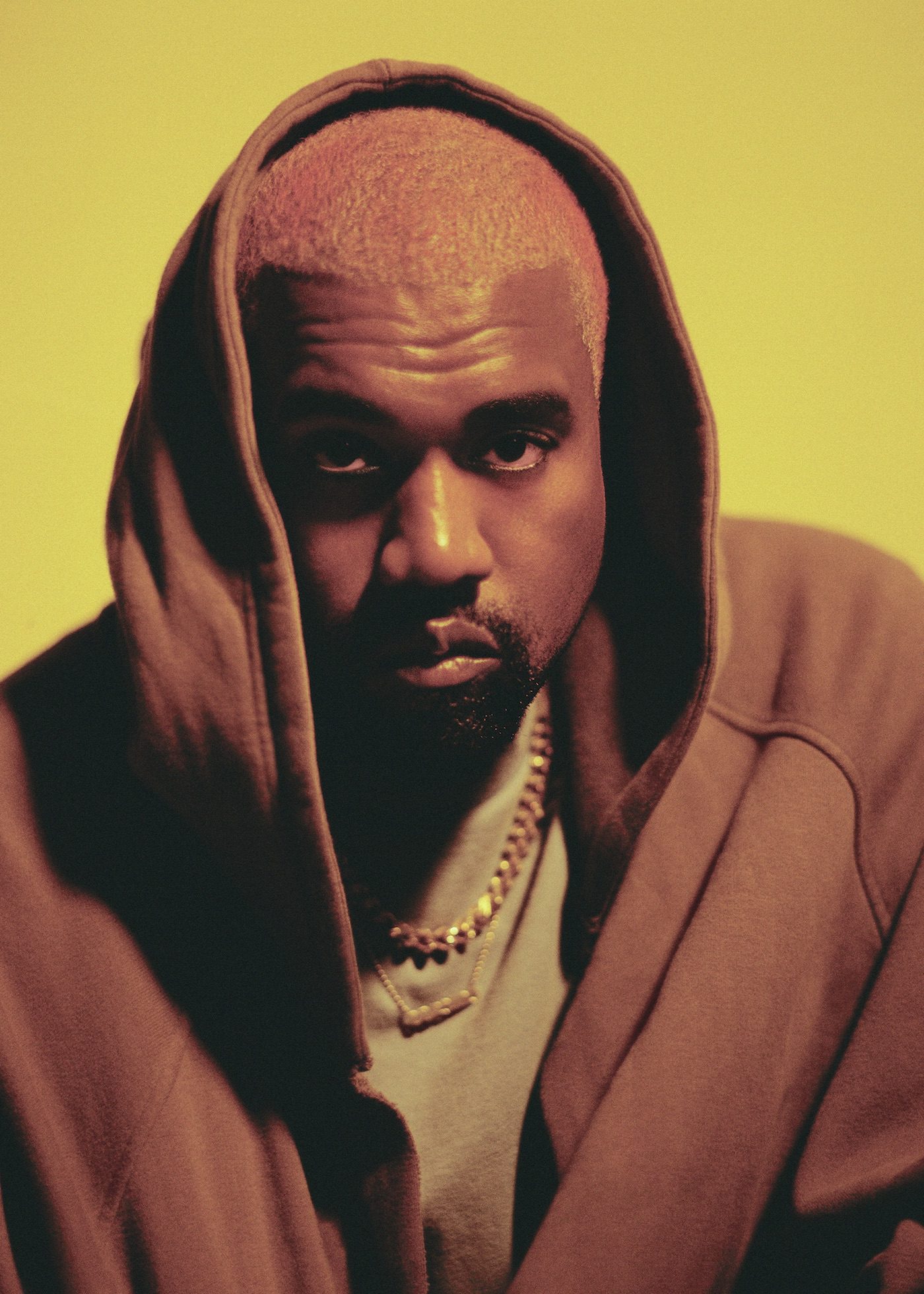 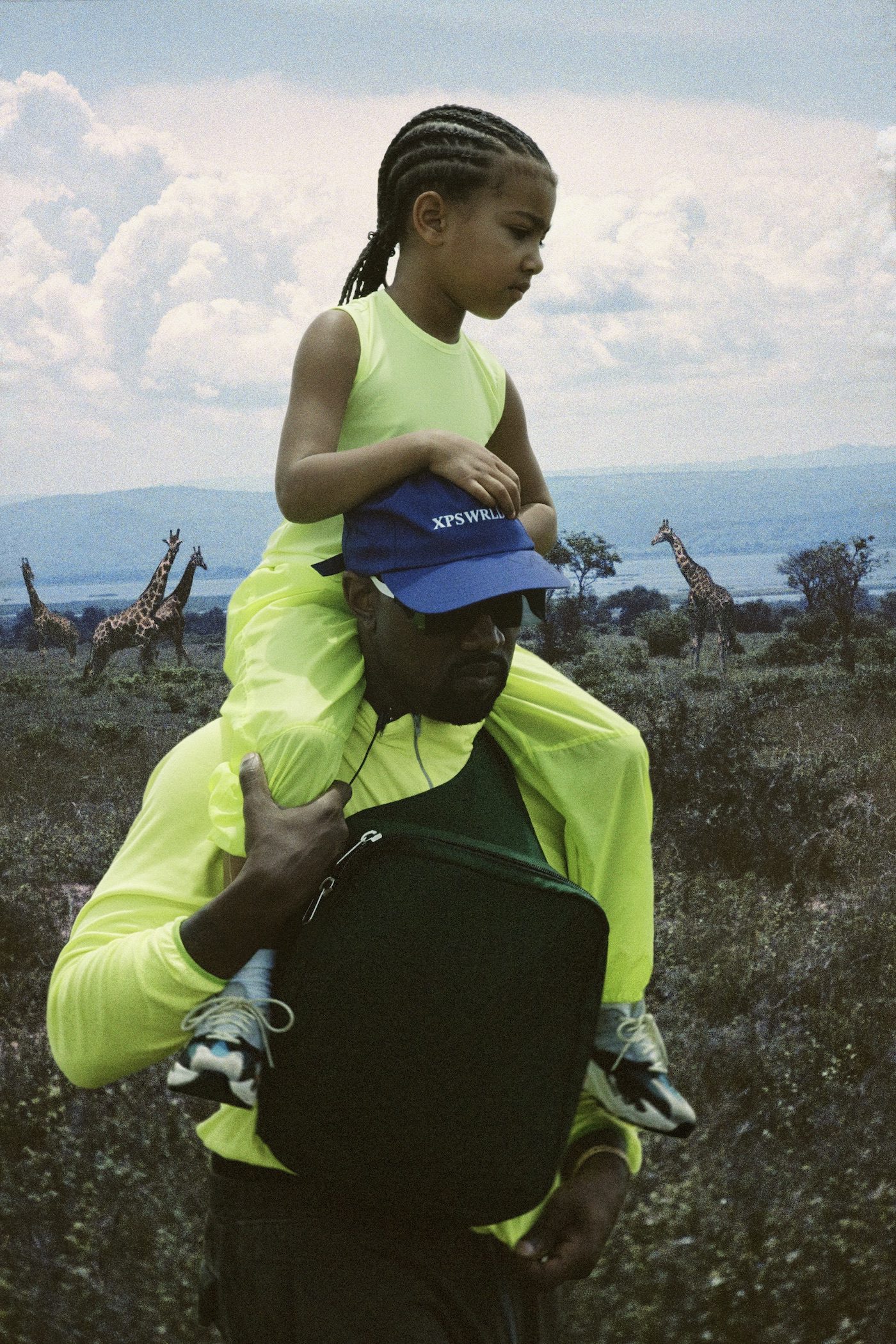 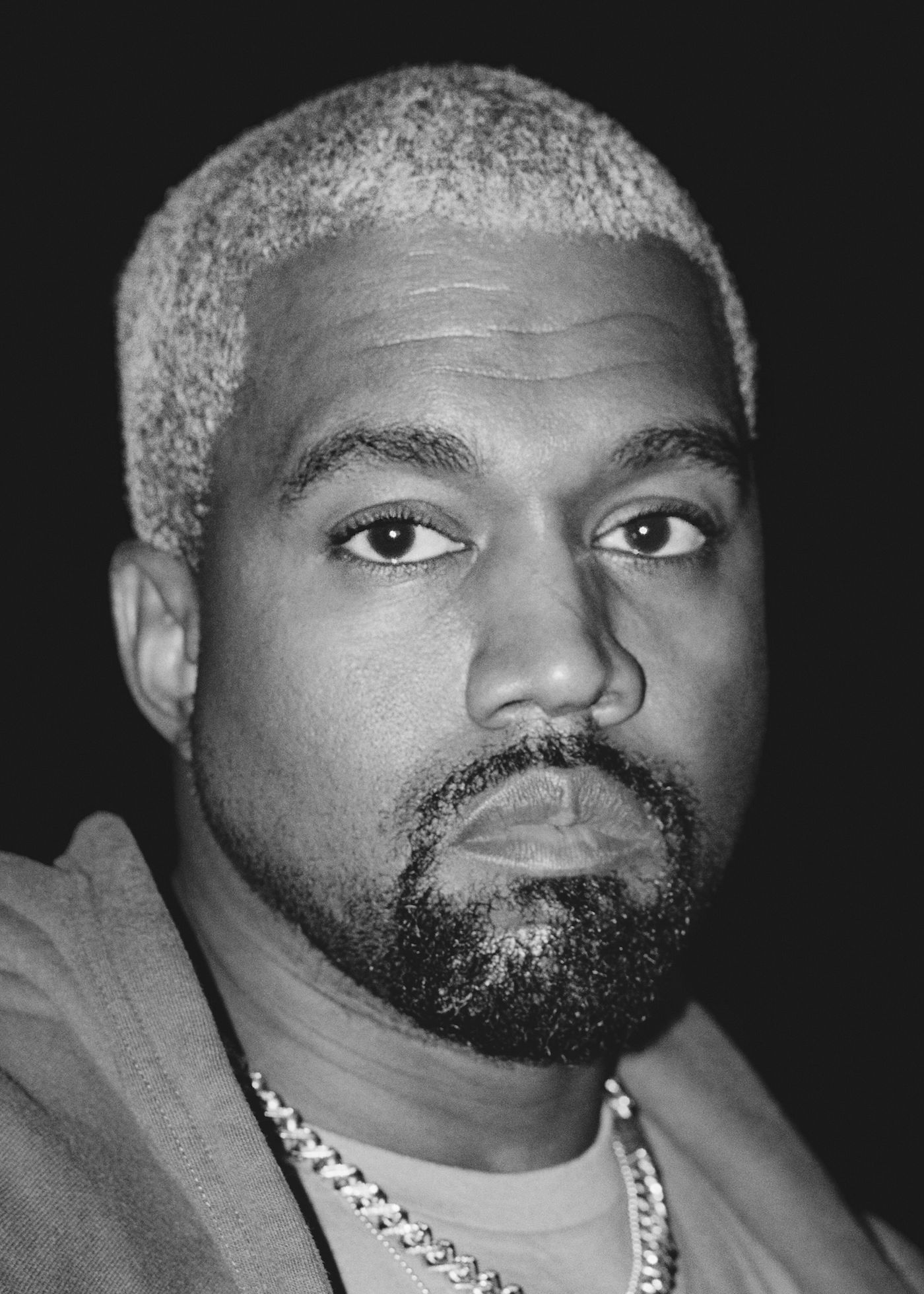 “Oh, hey Kanye, what’s up?” Literally the first thing I’m thinking when I enter the space proves exactly the point of the exhibition. Ultra-large portraits of Kanye West welcome visitors at Kunsthalle Zurich to the otherwise empty, spacious modern white cube, in which there is not even one chair. All we see is Kanye, whose visage is directly wallpapered and will be destroyed when removed at the end of the exhibition. It is the exhibition of Heji Shin, a German-Korean photographer living in New York and Berlin, whose work circles around alleged intimacy. Ann Mbuti dissects the meaning behind this portraits of Kanye West.

Like when people assume they know Kanye West just because they are permanently confronted with his image, statements, and stories in public, especially in the context of social media. Like the thing my brain did when I entered the room and felt like seeing an old acquaintance pasted on the wall.

By chance there is a guided tour happening and a group of more or less twenty people – on average in their late forties, well-off, the classic Zurich museum visitors – stand in a herd in the bare room. The guide explains how the exhibition has attracted a different audience to visit the museum: A few teens arrived with different outfits and did a photo shoot in front of the works. They posed, changed clothes, and repeated the poses. The anecdote evokes amused giggles and a general amazement that this musician, who has his eyes on us from all sides, is able to evoke such a reaction. Kanye West – also within this group of middle-aged museum people – is known as a public figure representing more than his core area of music. What this “more” is exactly remains a question of the level of one’s knowledge and attitude towards him. So, what are the key points a guide in a contemporary art museum in Switzerland gives his listeners? Everyone gets the message, that these oversized iconic representations in warm colors or black and white are not the true Kanye – but what remains after this epiphany? Unfortunately I have missed the beginning of the tour and have to refer to my own narrative and the Kanye as I “know” him. But this is not about Kanye. We are dealing here with contemporary art, a system that is context- bound as hardly any other is. So let’s dissect a little. Let’s strip down the context of the ambiguity of the public figure Kanye, and what remains is a successful musician who has been in the scene since 2004. Let’s strip down the context of that as well, and we only have a famous man on the wall. Let’s also strip down the extent of his fame, and we only have a Black male with an intense glare. In all these layers there are numerous possibilities for how to interpret meaning. And even the core, a human with a dark complexion, does not have the same implications for everyone.

It is the old problem of generalization, fortified by the ubiquity of US pop culture. When the guide says something about Blackness in the US at one point in the tour, some questioning glances turn to me, as if I would be able to make a judgement about Afro-American matters due to my Afro-German heritage. Americanization has been around at least since the US as a superpower exported numerous cultural goods to Europe after the Second World War. Today, little has changed – worldwide, we are all talking about US-American movies, music, and politics. Not that there is no other content. It’s similar to a global linguistic exchange in which each country does have its own language, but the common thread is speaking English. When it comes to a global cultural exchange, US-American culture has become the connecting element between others.

And now we are standing in a room full of Kanyes and the more pop-culturally educated among us are striving for a differentiated interpretation of the figure in order to find out who Kanye is and what he stands for. But why? This is not about Kanye. The debate we have in Europe on pervasive US-American culture may be of concern to us, but certainly not to American culture. We are sitting at the end of a one-way street as far as that is concerned.

Culture unfolds its full potential only in multiplicity – don’t we then engage in meaningless occupational therapy when we try to have a say without being heard? I would not dare to project my thoughts onto any Afro-American, just because we share the same syllable before the hyphen. In Europe we also have our inequalities and automated narratives that unwind when one is of African descent. They are stories that have the same characteristic style of injustice and of a perception that is one-dimensional and thus problematic, following the sensational logic of the media system. And they become more urgent as migration flows increase, as they have in recent years. But all these matters are different from the history that constitutes the American Experience.

What Kanye might represent for a US-American – Black or white or whatever ethnicity – we won’t be able to fully comprehend here in a museum in Zurich with our non-American cultural backgrounds. It is time to emancipate ourselves more from the American Experience without downplaying the importance of its cultural exports. After all, Kanye also means something in the European context – only something different than in America, even if we are talking about the same person. We don’t have the same experience and level of knowledge worldwide, but we do have something that is perhaps much more valuable, namely, the ability to respond to the stories of others and empathically understand and learn from their differences. Susan Sontag said in relation to art: “We must learn to see more, to hear more, to feel more.” All of the Kanyes on that museum’s walls taught me not to mute our own perspectives just to talk about the same ones worldwide. We are missing the chance to represent and appreciate the plurality of Afro-* and fall into a one-sidedness that has too often proven to be too little in history. So let’s change the conversation. This is not about Kanye – it’s about individuality, having one’s own voice, and acknowledging the bigger dimensions of social structures within it. So basically, it’s about what Kanye means to you.