The kó art gallery in Lagos is presenting a series of exhibitions of the Nsukka Art School, addressing current shifts within one of Nigeria’s foremost art institutions.

The Department of Fine and Applied Arts at the University of Nigeria combines a vision centered around exploration and experiment with an interest in how cultural memory and aesthetics can confront existential social issues. Founded in 1961, its first art program began with European and American expatriates who created a short-lived program based on naturalism. This ended when the hostilities accompanying the Nigerian Civil War (1967–70) drove them away.

In the early 1970s, the department turned to indigenous professionals to run its art program. Led by the artist Uche Okeke, the resulting movement appropriated uli, a traditional style of design used in body- and wall-painting by the Igbo women of Southeastern Nigeria, as part of its contemporary art lexicon. As a student at the Nigerian College of Arts Science and Technology (now the Ahmadu Bello University), Okeke had already shown activist tendencies, and soon he started evolving his “natural synthesis” philosophy, coalescing local ideas with elements of Western art. 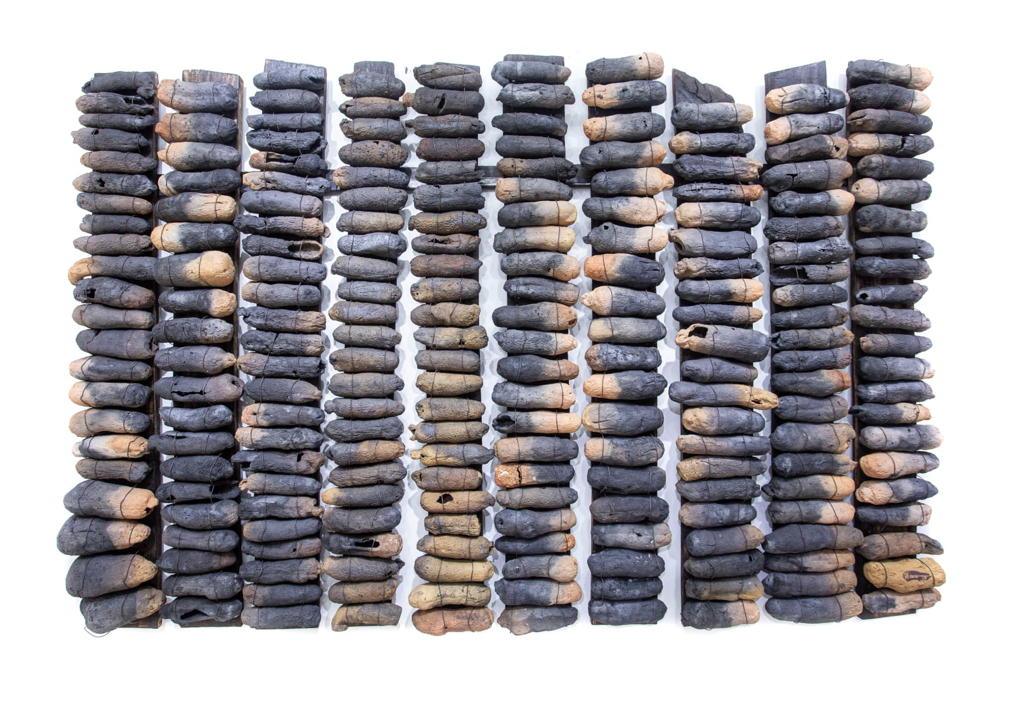 Generations of artists trained in Nsukka have continued to apply uli to enunciate local visions and navigate global sensibilities. At one time, some even referred to the Nsukka students as “uli artists.”  However, critics of the movement believe that for an entire spectrum of creativity going on in an art school to be reduced to one label or concept, is simply a symptom of navel-gazing. In 1997, US anthropologist Simon Ottenberg curated an exhibition considered by some as the high point of the uli revival. Titled ‘New Traditions from Nigeria: Seven Artists of the Nsukka Group’, the exhibition was held at the National Museum of African Art at the Smithsonian Institution in Washington, D.C. It featured the works of Uche Okeke, Chike Aniakor, Obiora Udechukwu, El Anatsui, Tayo Adenaike, Olu Oguibe, and Ada Udechukwu.

The painter, uli scholar, and former head of department Krydz Ikwuemesi, on the occasion of the formal celebration of the department’s 50 anniversary, said that “the art school never proclaimed any style or movement, although at some point, some people here tried to project uli as a major creative idiom.” What is more important is not the use of uli in itself, says Ikwuemesi, but “what has been done with it ideologically to reflect on and to help art promoted by the Nsukka experiment to acquire both peculiar and universal essences.” It is noteworthy that the essence of uli design has transcended the practice itself to conceptually permeate the new trends of art production in the department. 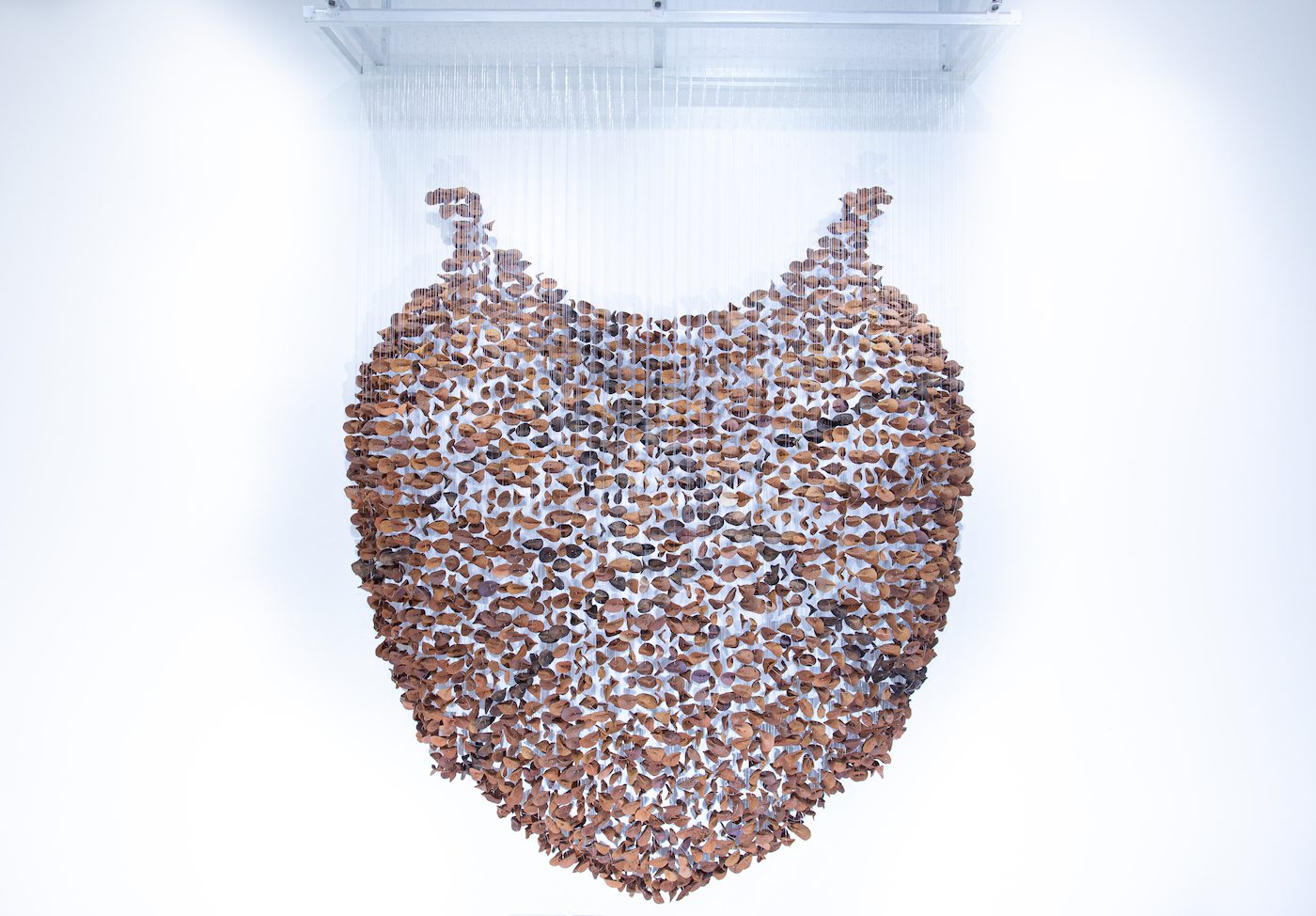 This is useful background for understanding the ongoing three-part exhibition series titled The New Nsukka School, currently on display at the kó gallery in Ikoyi. Looking at the works of Ngozi-Omeje Ezema, Eva Obodo, and Ozioma Onuzulike, we see elements from the past as the artists draw from an institutional memory which guides their quest for conceptual exploration and experimentation. They seem to follow the idea, media, and process paradigm of contemporary uli art. The influence of El Anatsui, who taught art at Nsukka for four decades, is clear in the works of all three artists, who were at one time or the other his students and mentees. Anatsui has drawn from and enriched uli and nsibidi (also an early symbol system from the region) designs in his own works.

Kó’s The New Nsukka Art School series acknowledges and highlights the impact of institutional ideology as well as the studio processes of the key artistic persona behind the new art currents in Nsukka. Each artist has an exciting and distinctive individual style, which in combination express a new creative language that uses modular units or leitmotifs to create extensive mixed-media sculptures, installations, or wall hangings. This technique echoes Anatsui’s signature bottle-top installations.

The three artists speak of their media and processes as vital aspects of their work and as metaphors, in a way similar to Susan Vogel articulation of the studio processes of El Anatsui as important part of his finished work in her film titled Fold, Crumple and Crush. Obodo’s show consisted of works made of jute bags, fabrics, and charcoal. His wrapping, tying, and bundling practices seem to work as metaphors to critique the socio-political and economic structures framing contemporary culture in general – referencing, for example, the gagging of citizens by unscrupulous leaders. In a similar vein, Onuzulike, the current head of the art department, displays “the conceptual force held by natural resources” in his show, titled The Way We Are on display this month. He produces masses of glazed terracotta yam tubers, palm kernel shells, and honeycombs, and strings them together in an often labor-intensive process. Their production involves studio processes such as pounding, crushing, hammering, punching, perforating, burning, and firing, which can likewise act as metaphors for burning socio-political and environmental issues such as reckless politics, imperialism, terrorism, and climate change, with their often violent effects on people in Africa and beyond. In her show, Ngozi-Omeje Ezema used leaves as an expressive, visually powerful motif. Her vessel-shaped works address issues relating to identity, family, and the female body while harnessing leaves’ transformative properties (as nourishment, medicine, shade providers, fertilizers, and so on) as metaphors for aspects of womanhood. 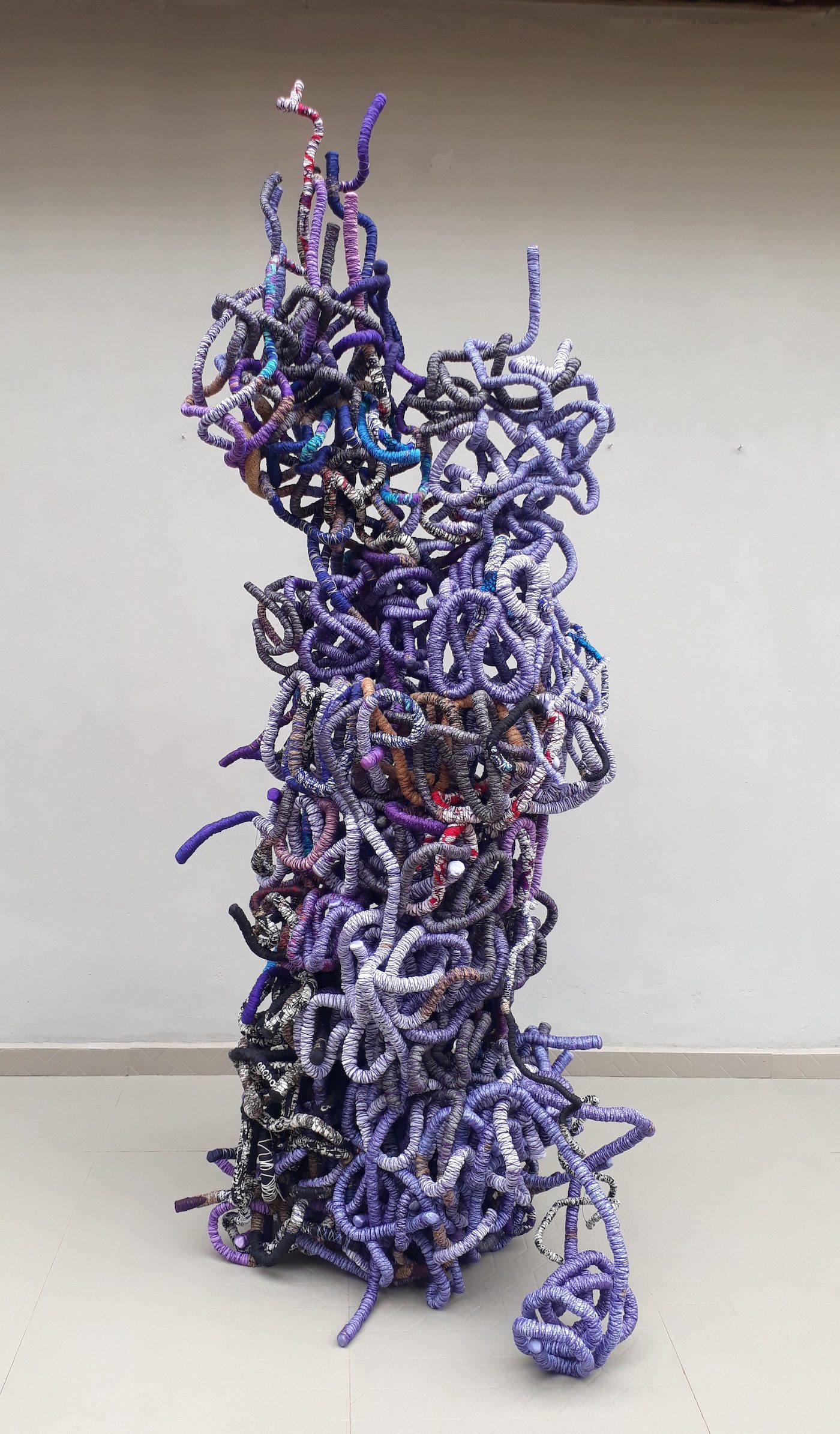 Obodo’s body of work contains traces of uli in its manifestations of continuity and change. The lines of his sinuous tubular works, for example, are essentially those of uli designs. One of his tubular works, Nightmare, hoists a flag with uli and nsibidi designs painted on it. In House of Palliatives, white lines adorn pieces of charcoal bundled and tied into a freestanding sculpture. The terracotta leaves of Ezema’s Boundless Vases are likewise configured with curvilinear monofilament fishing line on metal frames. Just as uli has easily lent itself to two-dimensional arts, like painting and drawing, recent Nsukka styles tilt easily towards sculpture and mixed-media installations.

The idea of The New Nsukka Art School exhibition series is not only to document current transitions but to acknowledge that old concepts are not essentially thrown away. According to Krydz Ikwuemesi: “art will always be a cycle and people, ideas, and phenomena will evolve through time and will get old and acquire added essences and meanings.”

Ozioma Onuzulike is still on view through 22 April at kó gallery. You can go for a virtual tour through all three exhibitions here: Ngozi-Omeje Ezema, Eva Obodo and Ozioma Onuzulike.