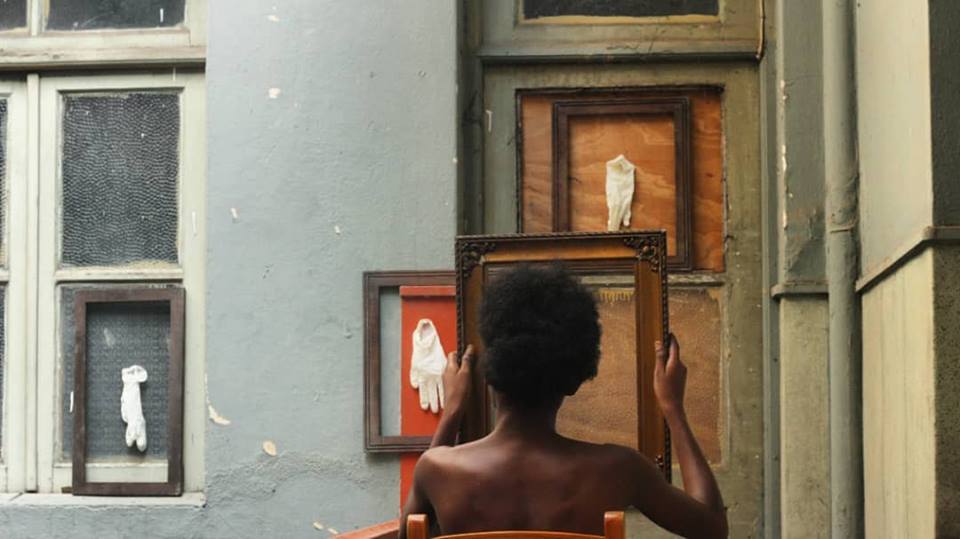 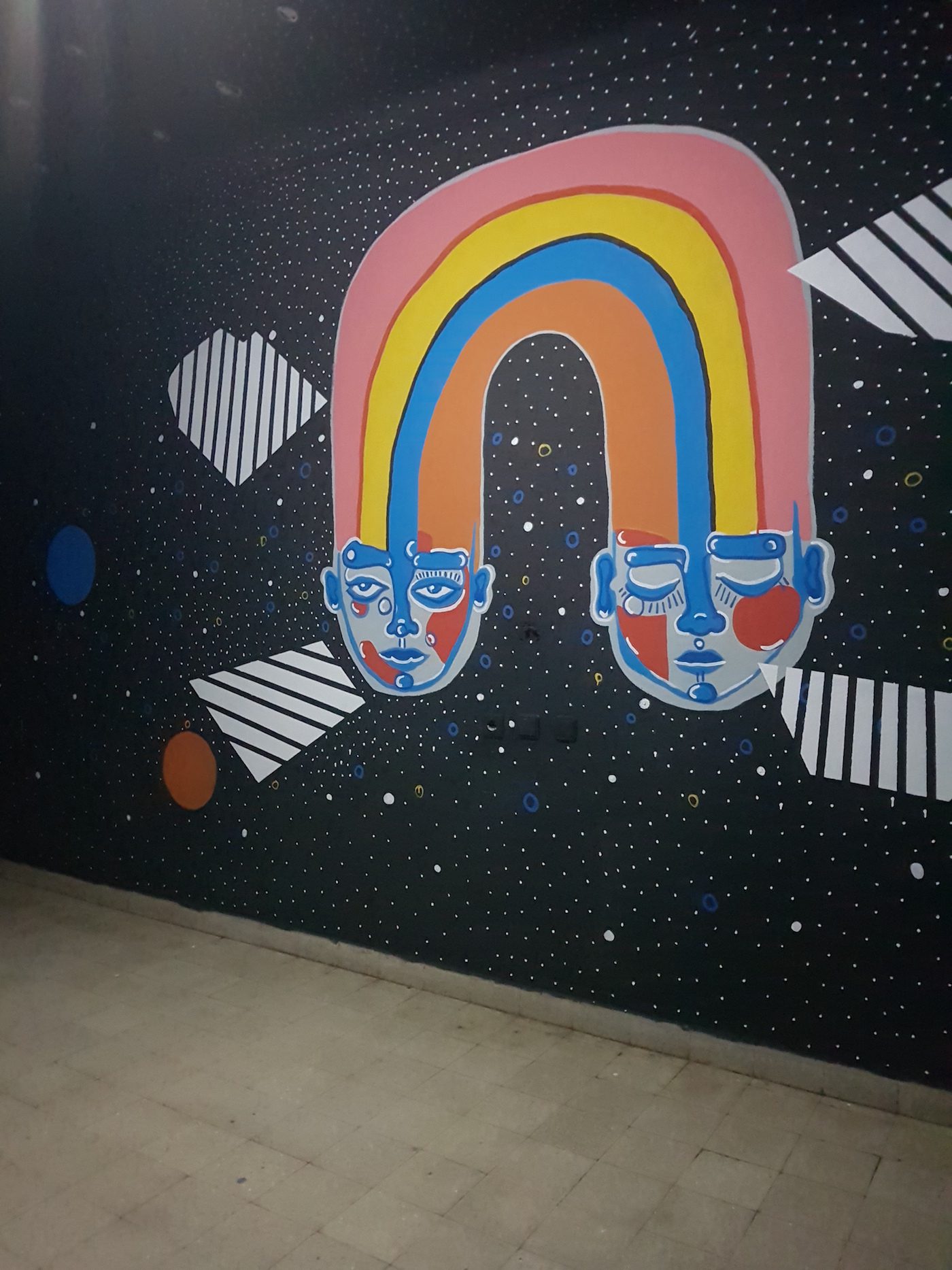 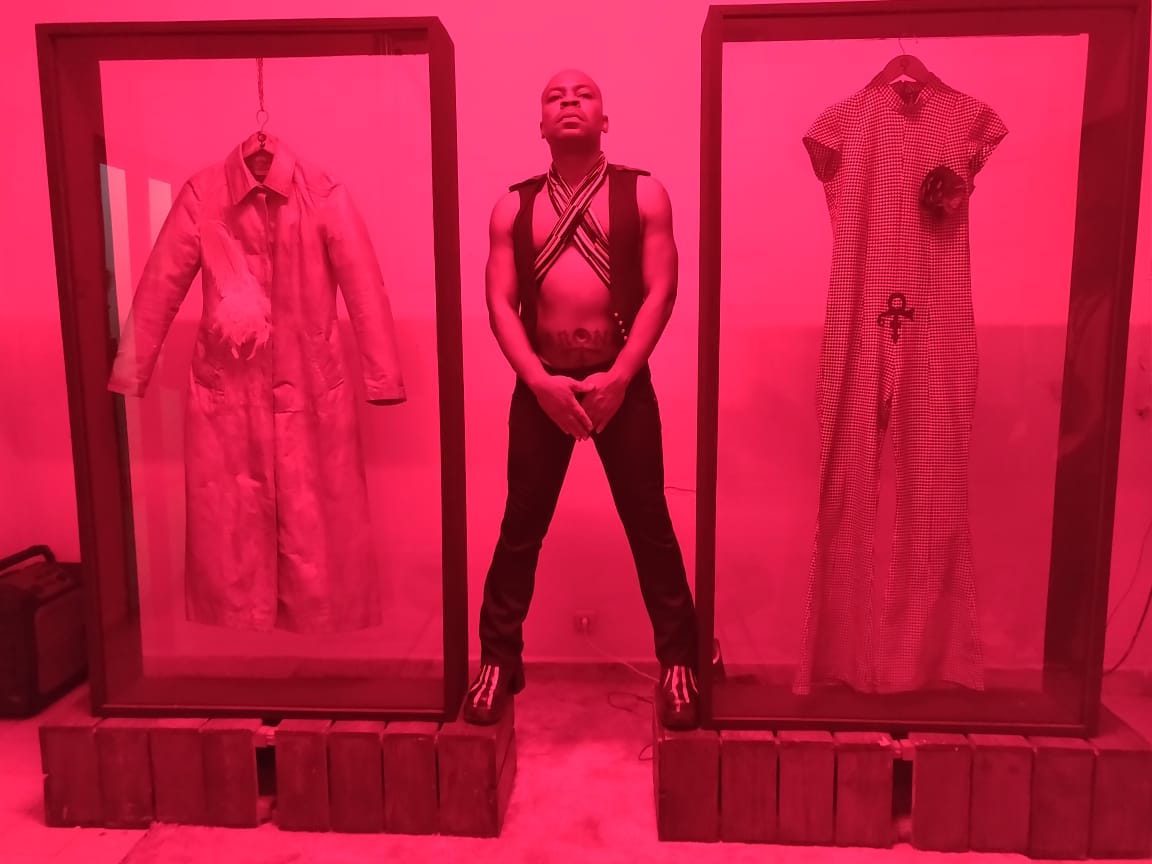 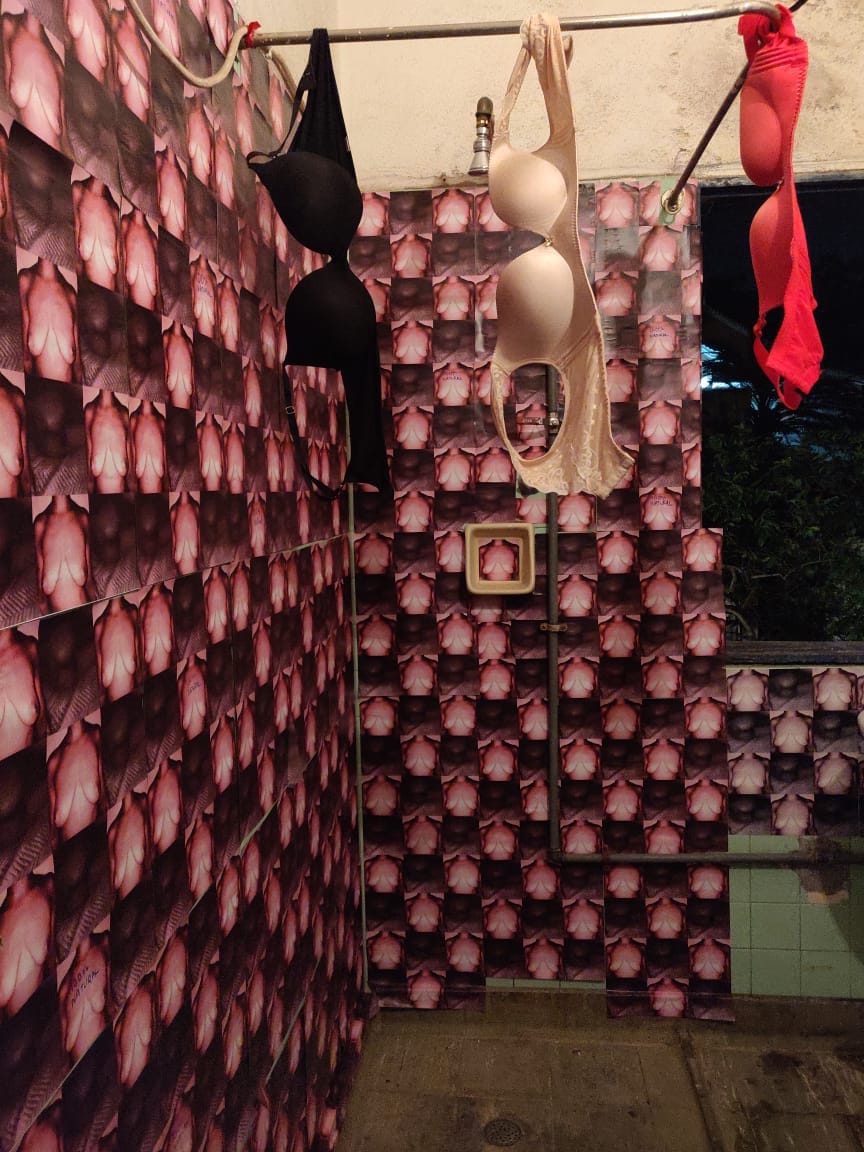 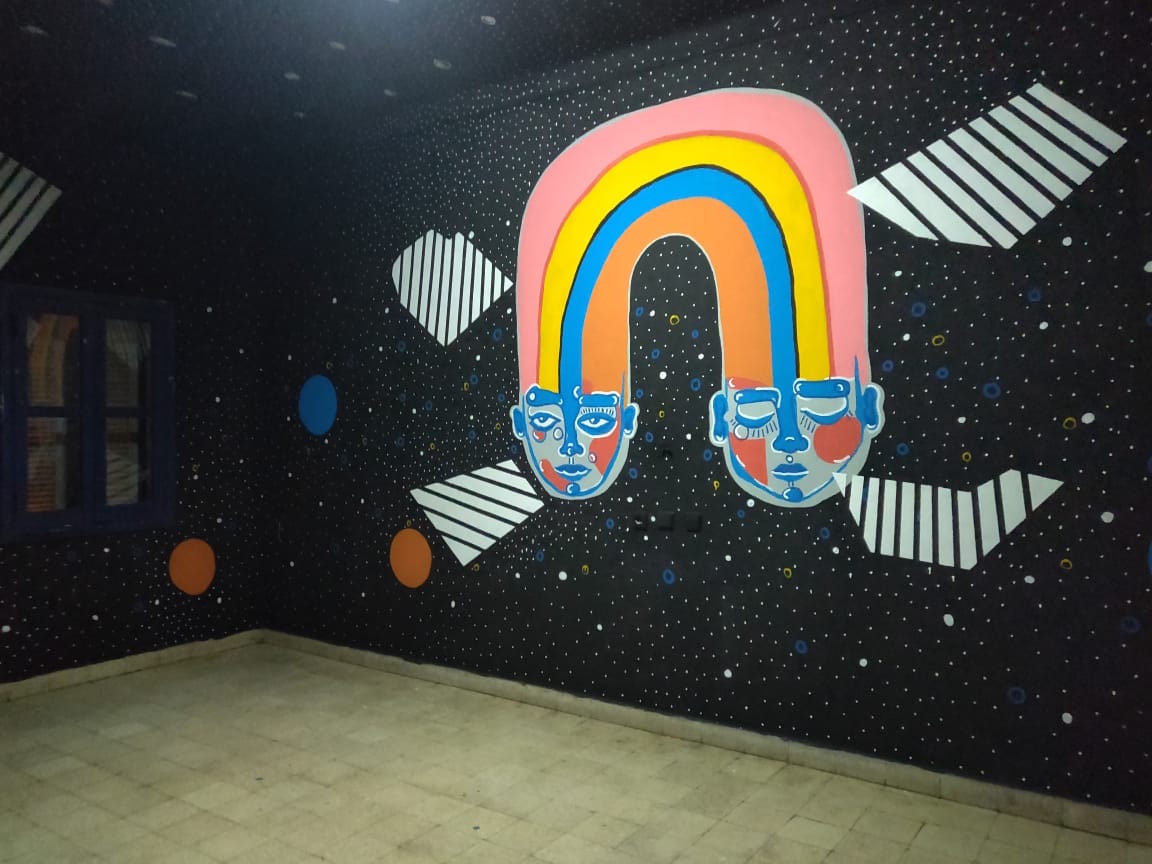 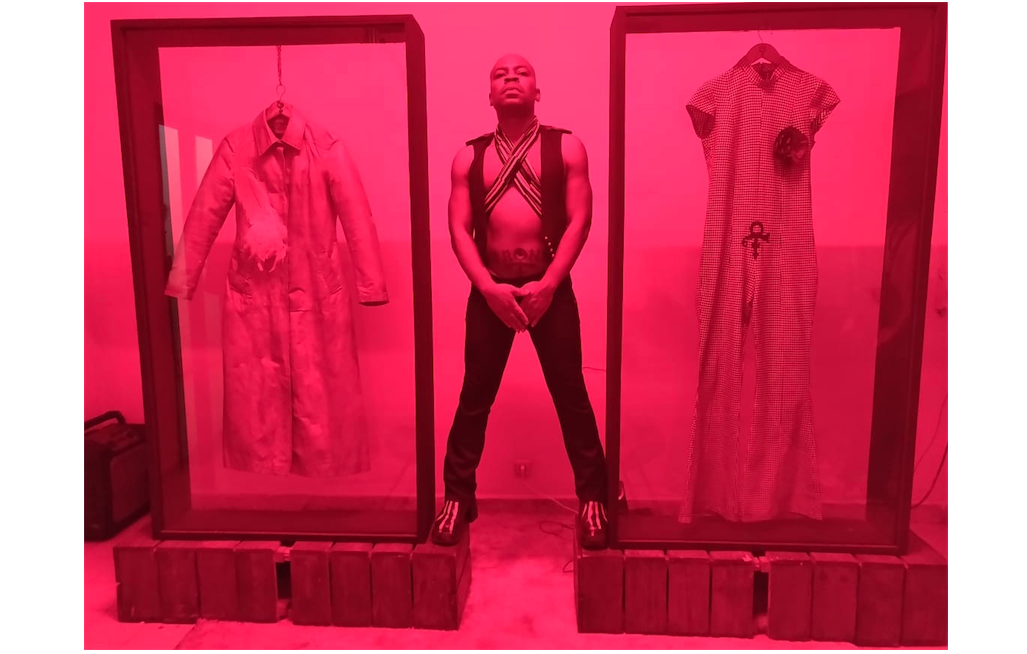 In the Angolan capital a group of artists including Kiluanji Kia Henda have joined forces to create the 5th edition of a non-commercial exhibition that questions the world with no restraints. Art historian Adriano Mixinge writes about Fuckin’ Globo’s artists’ excruciating necessity to create while questioning.

Smells like new inside the Hotel Globo in Luanda, Angola. The freshly painted walls of the rooms of this abandoned building in downtown Luanda is the underground venue hosting 12 artists. These include Toy Boy, Lubanzadyo Mpemba Bula, Ery Claver, Kiluanji Kia Henda, Maria Gracia Latedjou, Miguel Prince, Thó Simões, Joana Taya, Nelo Teixeira, Verkon, Daniela Vieitas,  and Indira Grandê. Together they’ve decided to try, once again, to tell the world a little about who we were, who we are and, perhaps, who we will be.

Now, in the city of Luanda, we can attend a series of contemporary art exhibitions. “Ossos de Ofício” by Antonio Ole is at the Centro Cultural Português, “Panorama” by Monica Miranda is at the Banco Económico gallery, and “Nova Angola” (New Angola) by Francisco Vidal is at the MAAN (António Agostinho Neto Memorial), to name just a few of the most interesting ones.

With the 5th edition of Fuckin’ Globo since 2015 you’re participating in one of the most experimental, bold, problematic, atypical and irreverent art exhibitions now on public display. Both the way it was conceived and the manner in which it is designed celebrate art at the margins of officialdom, national extremism and tiresome identity discourses.

Kiluanji Kia Henda and Thô Simões are the two curators and producers of the event; but, strictly speaking, everything that was shared and discussed among various artists, as well as the final decisions, resulted from an exchange of ideas. At the exhibition’s opening, only the 12 artists mentioned above will be present, but if you include the fleeting passage of Yonamine and the project he explained to us, we could also say that 13 artists were invited to Fuckin’ Globo this year.

Each of the 12 artists were given a room. In it the artist could mold their universe or was encouraged to take a risk and propose a specific project, designed in accordance with the measurements of the intervention space available, though which always proposes the critical revision of an artistic or political aesthetic problem.

In each of the hotel’s rooms the atmosphere, color, aroma, sounds and images exhibited or the objects found together with silence make up stories with their own name, of disparate pasts heaped somewhere in the fragile present that is rife with constant change. With this challenge, the artists want us to feel the breath of their presence, the force of the ideas and concerns that consume them when they create and which they transfer to the surrounding walls causing us, in a different way, to enjoy over the course of the five-day event, which even in its fifth edition has not yet become a non-conformist outcry.

The various kinds of creative practices, the staging and or the way in which they intervene on the walls shows us the artists’ interests and focal points for reflection, that become, for a moment, ours. Each of them is only a medium, vehicles utilized to refer to countless themes, including: the coexistence of objects and behaviors from various time periods that paralyzes us, by Toy Boy; the invisibility and the bankruptcy of singular hegemonic perspectives when we are faced with the other, by Lubanzadyo Mpemba Bula; love stories about power, by Ery Claver and Thô Simões; and story about the perversions carried out in the name of love of country, by Yonamine.

In this edition of Fuckin’ Globo there are, as well, works that approach the following themes: the mistakes and arbitrariness of the acronym CIA, by Kiluanje Kia Henda; the value of uncorrupted nature and material purity, by Verkron; the reinvention of time, identity and sexuality, by Miguel Prince; the universe, by Joana Taya; power by Nelo Teixeira; the obvious and the occult in the history of our lives, by Maria Gracia Latedjou; the ghosts of the places we inhabit, by Daniela Vieitas; maternity as a vital revelation, by Indira Grandê.

The works of this edition of Fuckin’ Globo speak about the way in which today’s citizens think, create, live and, fortunately, critique and distance themselves from consensus and opportunism. The walls record everything: the passing time, smudges, the smears, the colors, the silhouettes and our eyes will travel to the places the projected videos display, mural paintings, performances and installations. This is where you, the curious and emancipated spectator, will be.

Smells like new! It’s the complicity party for artists of various genres, origins and trajectories, the team producing creative as well as legitimizing strategies, on the margin of commercial art circuits. The artists’ work seeks to stimulate discussion, inspire reflection and or interaction with perceptive citizens that come to Hotel Globo and through art, to liberate themselves. Dissent is a way of saying yes to revolution, to boldness, to life and to the new country, formerly oppressed, revealing our excruciating necessity to create while questioning.