The 6th Ateliers de Rennes Explores How We Can Live Together

How does collective memory function? What systems manufacture it, and how has it changed? These are some of the questions explored by more than thirty artists in the French biennale of contemporary art, entitled À Cris Ouverts. Featuring the works of artists including Senga Negudi, John Akomfrah, and Paul Maheke, the biennale reveals the potential of art to condemn the divisions that crystallize our relationship with others.

“We each need the memory of the other, because what is at stake is not a virtue of compassion or charity, but a new clarity within a process of Relation. And should we wish to share the beauty of the world, should we wish to stand alongside its sufferings, we must learn to remember together.”[1] This quote from Edouard Glissant might be a good way to illustrate the sixth edition of Les Ateliers de Rennes – Biennale d’art contemporain, entitled À cris ouverts.

Curators Etienne Bernard and Céline Kopp invited some thirty artists to reflect on the capacity of art to question our society and what surrounds us from different perspectives. Oscillating between engagement and artistic spirituality in the face of social dysfunctions, this artistic stroll through various places in the city of Rennes and its surrounding area reveals the potential of art to condemn the divisions that harden our relationship with others. What is identity? How is it manufactured, and what system is used in the process? 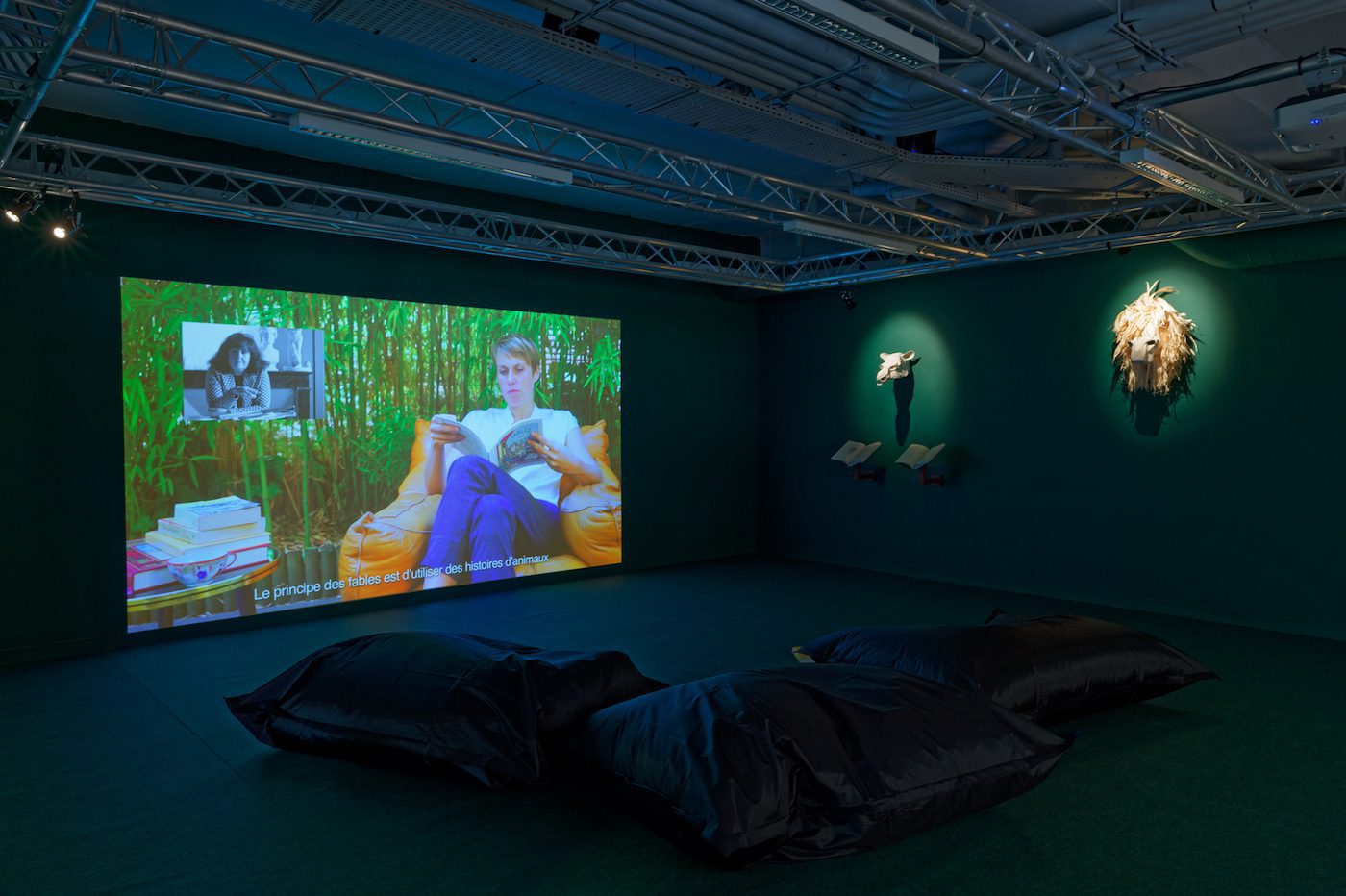 Katia Kameli’s Stream of Stories (2015–) series partially responds to this by demonstrating a need to consider the diverse stories that constitute us. Inspired by the 17th-century fables of Jean de La Fontaine, specifically those of Indian origins, the work intrudes into the interstices of these narratives and reveals the intercultural dependencies that govern our contemporary world. This new, fifth opus in the series is an invitation to experiment with “living together.” Kameli’s work finds its local relevance in the artist’s exploration of the Breton term fablennoù.[2] the origin of La Fontaine’s stories, she explores the porosities of a global and unified history. The region of Brittany is strongly influenced by these subjects, and this edition of Les Ateliers de Rennes resonates as an attempt at emancipation through a globalizing artistic reflection.

Each exhibition space seems to be marked by a postcolonial discourse, which we are only very rarely confronted with in the periphery of major Parisian arts events. As this subject has in some ways become a hideaway for contemporary art discourse, the curators have built bridges in search of a more universal discussion. John Akomfrah’s Mnemosyne (2010) evokes postwar immigration to Great Britain. Archival images of industrial wastelands and exotic snowy mountains warn us of the recurrent amnesia of the individual in the face of collective history. Akomfrah’s metaphorical exploration of the state of the world, although political, is undeniably poetic.

We also find this sense of reflection at FRAC Bretagne thanks to Senga Nengudi’s installations Revery-R (2011) and R.S.V.P. Performance Piece (originally created in 1978). The artist’s sculptures made of nylon stockings are an act of resistance to exclusion. Barbara McCullough’s documentaries, notably Shopping Bag Spirits and Freeway Fetishes (1981), adopt a similar style to recount the struggles of Black women and artists in America in the 1970s. These two artists have contributed, through public actions within the Studio Z collective, to the deconstruction of clichés about the place and role of women in art by carrying out actions and rituals in public space. Unfortunately, there was only a brief opportunity to discuss Afro-feminist concepts and their extensions in our modern-day societies during a public conversation between McCullough and Kopp. 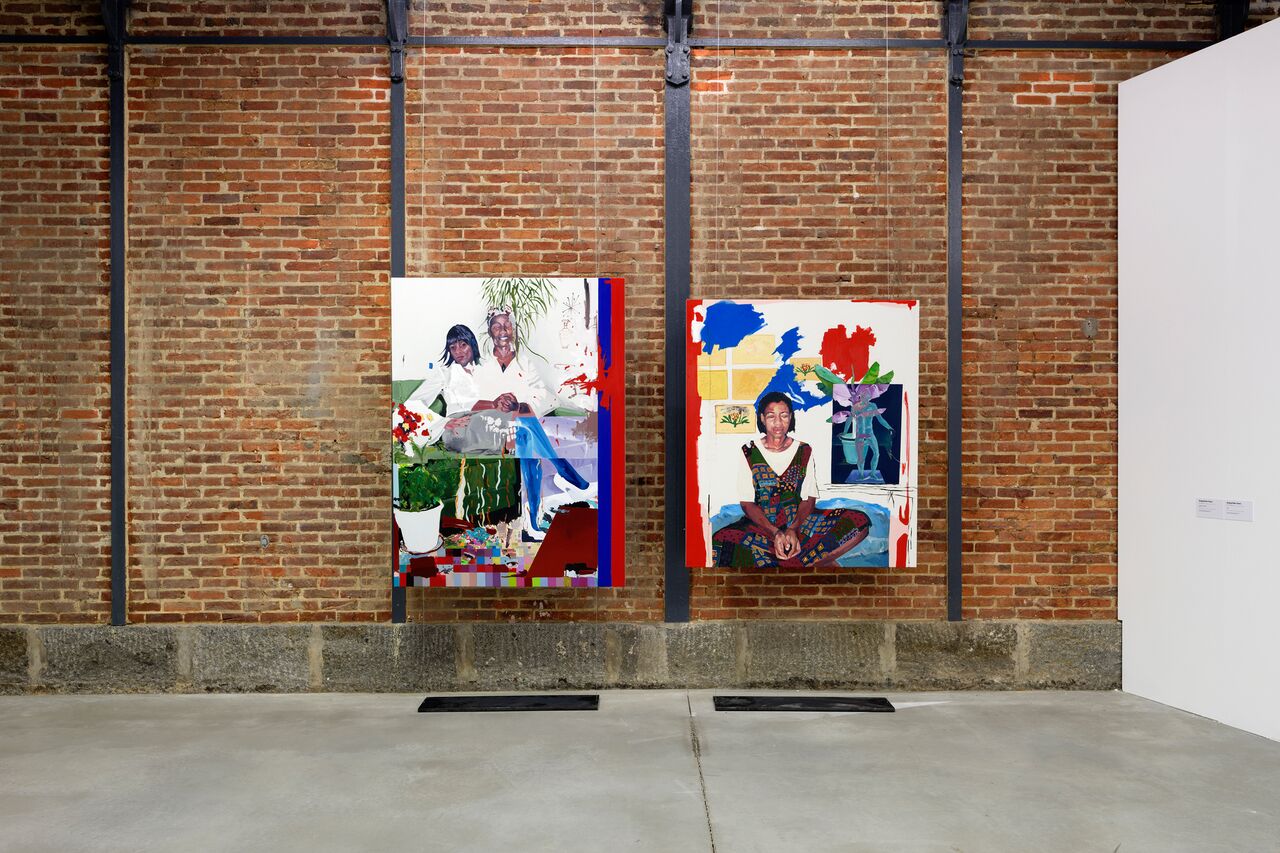 How can we recreate connection once society has begun to divide? It is in the dialogue between the works of local and international artists that we find an answer. If the theme is very quickly forgotten in favor of wandering, we are struck by a relational aesthetic approach that places the human being at the center of our attention. While Julien Creuzet’s work (…) Me sens tu par terre, petit jeux, cheveux dans la poussière. Source solaire, je suis sorcière. Tête dans les airs, vénère, endocrinien androgyne, sans ovaire, j’ai rdv à 9h, douceur du coeur, à 9h, j’ai des attentes à 9h, mésentente à 9h, j’ai des humeurs à 9h, sueur fureur à 9h. À 9h ou à n’importe quelle heure (…) (2018) revisits the notion of otherness sullied by the profusion of virtual encounters on social networks, Kudzanai-Violet Hwami takes the viewer into a conversation about intersexuality. These two artists turn their own realities into mythologies in which the digital appears as a failure of our ability to live in a collective way. 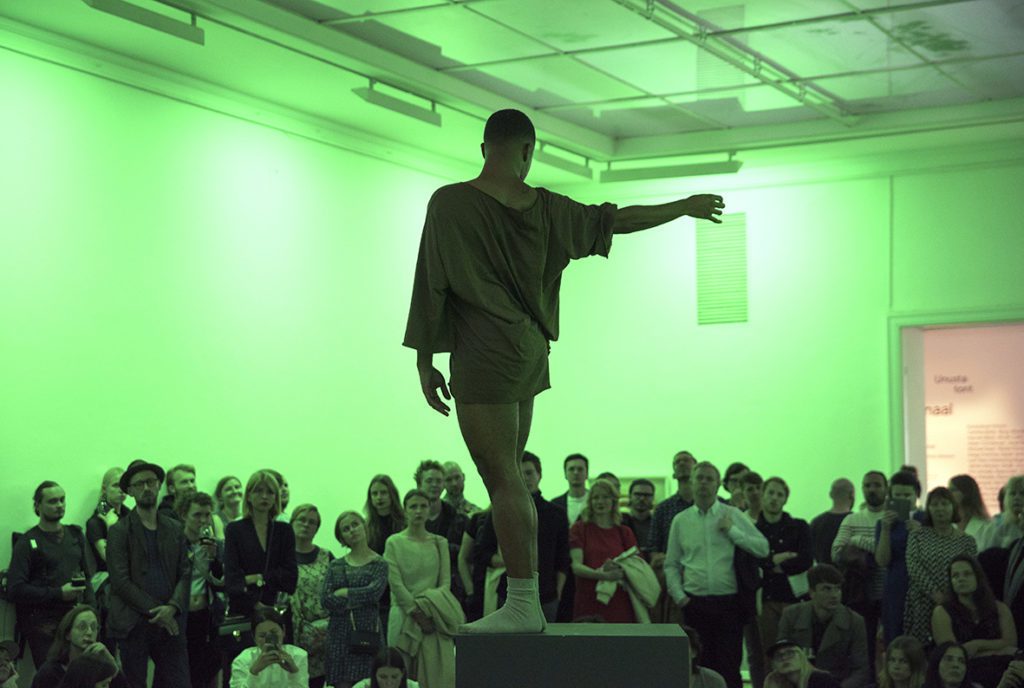 Artist Julie Bena places the visitor in a voyeuristic position through her video installation Who wants to be my horse? (2018), while Paul Maheke approaches the harmfulness of these new forms of human relations with his work A fire circle for public hearing (2018) using performance, installation, and video to explore this paradox of visibility and identity control. With his performance A familiar familial place of confusion (2018) he makes his body a transitional space of experimentation with memory. In the end, we see through his work that individuals are trapped in their individual quests for happiness. This fatal issue is accentuated by Basim Magdy’s various works, whose contemplative images condemn ecological abuses.

À cris ouverts is conceived as a dialogue between local and international artists on the insights of conversation and encounter. If living together is a leitmotif of this edition, it points sharply to the question of otherness by challenging us to intertwine the multiple temporalities and geographies that constitute our identities. The guiding principle of this sixth Les Ateliers de Rennes is sugarcoated by the strength of the many works presented. But this is also what we sometimes seek in the chaos of contemporary art.

Yves Chatap is an independent curator based in Paris.