Broken, But Not Broke

Finding myself in London, in a country where everyone seems to be obsessed with accents (“So, where are you from?”) and every word seems miraculously to divulge your social status – most of the time without you even knowing it – it takes a healthy dose of postcolonial theory to survive your assumed inadequacies. I’m specifically referring to postcolonial theories of translation that have made us aware that there is English and english: never only one variant, spoken in the “center,” but various forms of English that communicate with as much force, as much authenticity, and, crucially, with as much ownership as any other form of this global language. These riotous, subversive, constructive, and productive forms of “english” are surely what guest curator Kim Stern had in mind when she titled the inaugural show at the new Tyburn Gallery on St. Christopher’s Place in London Broken English. 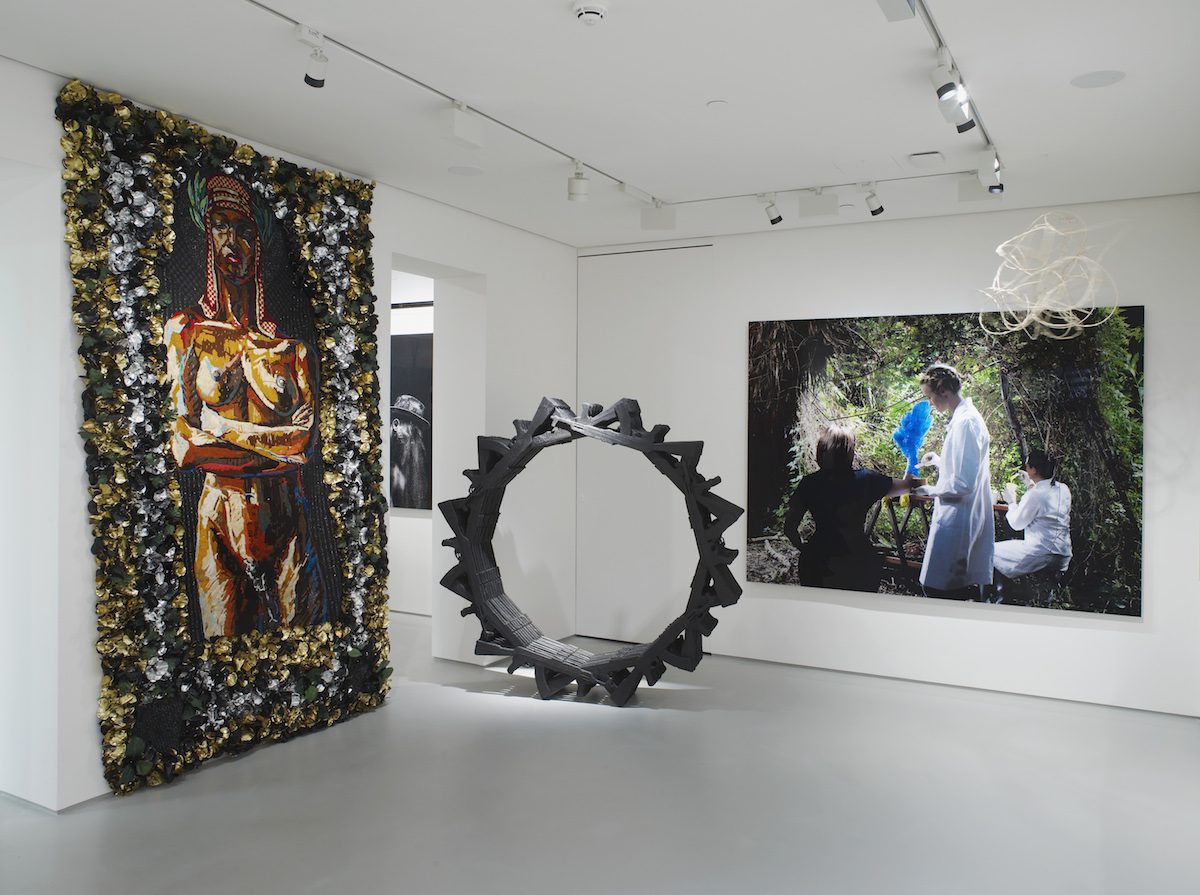 It is a fitting theme for a new gallery dedicated to “established artists and younger talents from a global range of evolving art scenes, with Africa as a point of departure.” The gallery, with this first exhibition as its launch pad, aims to be not simply another African gallery – even if the majority of the artists, such as Edson Chagas, Bridget Baker, Mohau Modisakeng, Athi Patra Rugha, Lakin Ogunbanwo, are African – but is more interested in the exchange, the interrelation, and hopefully the collaboration between various artistic centers, with England always positioned as “the protagonist,” as Stern puts it.

Broken English brings together a range of artists that live – like so many of London’s inhabitants – “between” different cities, whether physically or in memory only. It is a show about displacement and perpetual arrival, about translation and outmoded notions of indigeneity, and about new ways of thinking about rootedness. Take for instance an installation at the entrance of the gallery by Ibrahim Mahama (who, at Venice, wrapped the entire length of the Arsenale in his trademark coal sacks). Tagged with writing and print, these sacks, imported by the Ghanaian Cocoa Board for its coffee and chocolate, then repurposed by charcoal sellers, and finally presented here en masse as art, activate the convoluted circuits of trade and commerce and exploitation that we are all complicit in. 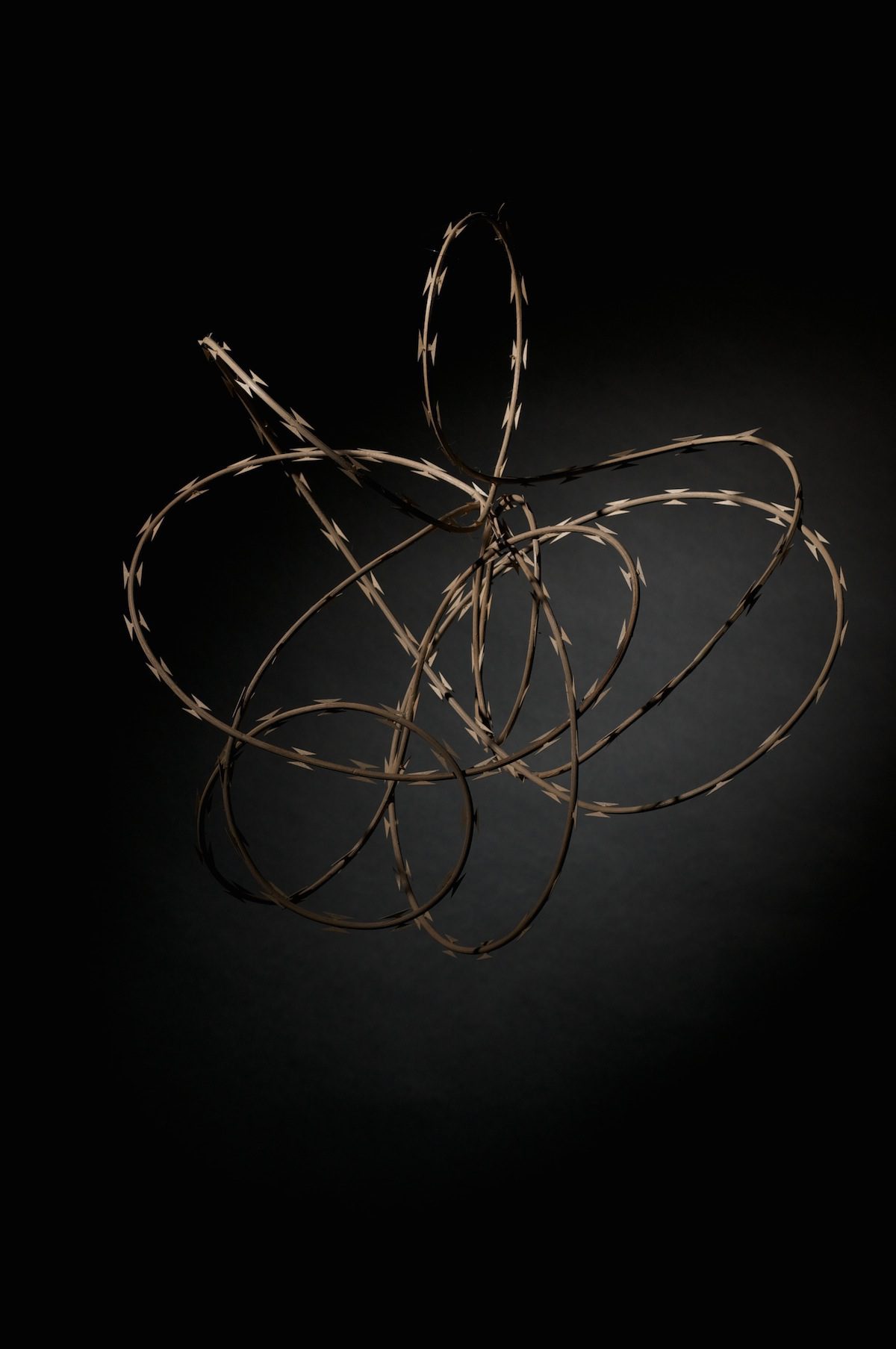 Cape Town–based artist Rowan Smith’s “Nothing lasts forever, Cecil” presents a bronze cast of a horse’s head – a reference to a Cecil John Rhodes memorial – with a swarm of insects emerging from, or entering its mouth. The gallery describes them as bees, though to me they look more like flies and suggest an ambiguous reading of decay and fecundity amidst the fallen but enduring symbols of colonialism.

Some of the other works on show situate themselves less directly in the contact zone pre-supposed by the notion of a “broken” English. I struggled to follow their connection with curatorial intent. Stephen Alwright’s ink and watercolor works, though beautiful and seductive, seem so personal and interiorized that their inter-relational aspects were not immediately clear. The same can perhaps be said of Brazilian artist Eduardo Berliner whose wonderful large oils, reminiscent of Gauguin’s expressionism, seem a little random in this context. I am not arguing that curatorial vision should be slavishly observed in each and every work , but often an overarching theme helps viewers unfamiliar with the artists to make sense of works that may seem obscure outside their immediate context. 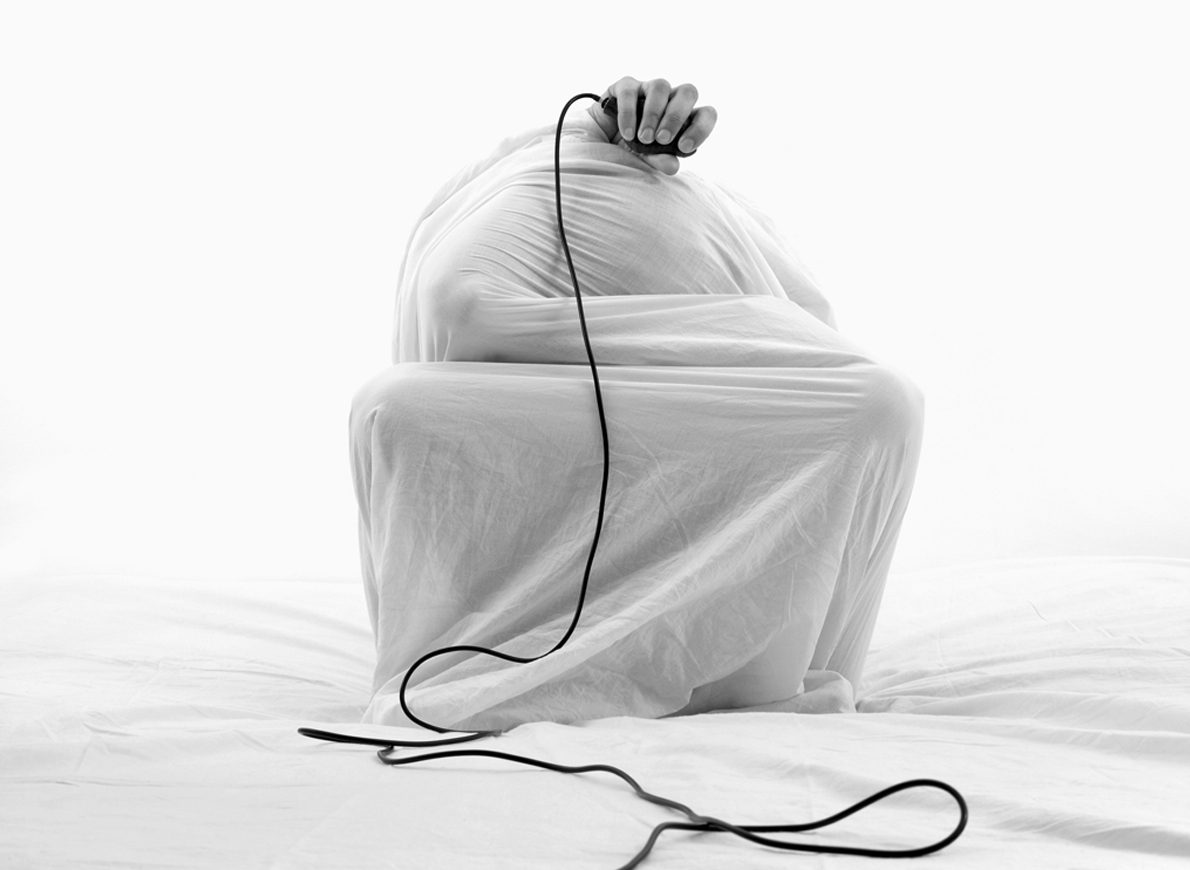 Perhaps the most arresting images are the large black-and-white photographs of Mouna Karray (born in Tunisia, studied in Japan, based in France). We see the body of the artist, wrapped in a white sheet with only a hand visible, clutching the remote shutter-release of the camera. It is an image of confinement and inhibition, while the photographer’s hand speaks to the potential of creativity within situations of repression. But the remote is also easily mistaken for a hand grenade and while this misreading is probably not intended by the artwork, the suggestion of violence and liberation coming from the one who is confined plays neatly into the semantics of the exhibition: the potential of various intentional forms of broken english to dislodge assumptions about center, peripheries, and cultural superiorities.

The Exhibition Broken English was on view at Tyburn Gallery, London from 18th September – 28 October 2015.

Liese Van Der Watt  is a South African art writer based in London.