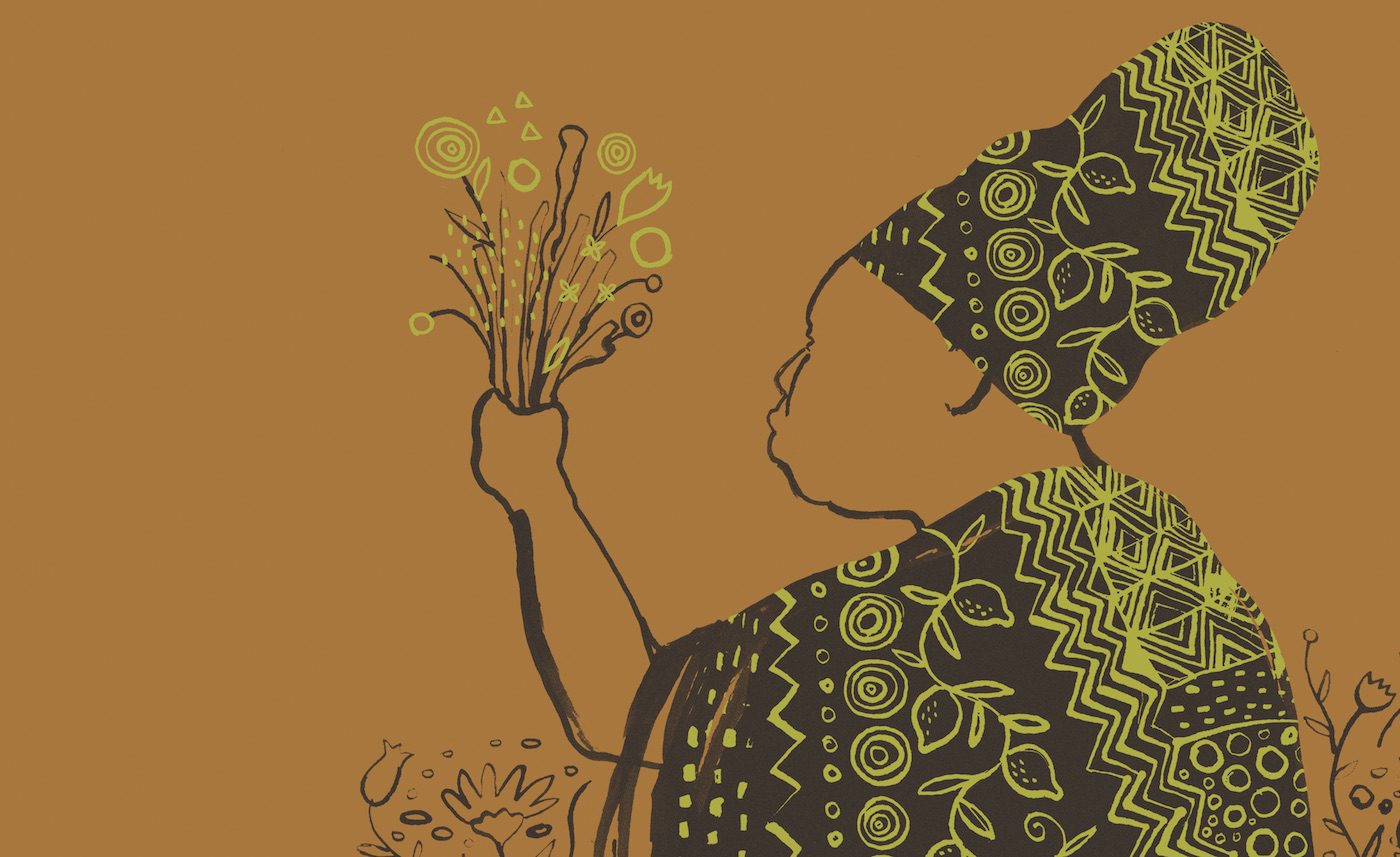 Illustration by Edson Ikê, inspired by self-portrait images from Khadija Saye’s Venice Biennale series Dwelling: In This Space We Breat
1/1
1/1

On Death, Loss, And Processing A (Black) Archive

Curator, writer, and artist Legacy Russell ponders the possibility of materializing a Black archive in spaces where language cannot travel.

Illustration by Edson Ikê, inspired by self-portrait images from Khadija Saye’s Venice Biennale series Dwelling: In This Space We Breat

In the wake of the passings of legendary curators Bisi Silva and Okwui Enwezor – scholars, thinkers, makers of [Black] space – I’ve been turning over the experience of loss, death, and the relationship of these things to how we process, engage with, monumentize a Black archive. With Bisi and Okwui goes a massive amount of [Black] thought, those things that lived with them in the very way they processed a room as an opportunity to build a [Black] project, in the very way they processed a page as an opportunity to bear witness to a [Black] world, the [very Black] words they each manifested in their myriad of talks, interviews, exchanges across the globe. I keep thinking of the things they have taken with them, the things they embodied so fully that it was their existence in the world, as a choreography, that became the text to read – those ineffable motions that cannot be fully transcribed, that transcend and break language, that test the limits of what really can be archived, an intangible memory-space that bends Blackness itself.

Is it possible to ever materialize fully a Black archive? What is a “Black archive,” exactly? What does this really mean? As Black people, we’ve carried so much of our archival experience on our bodies. As an American, the epigenetic trauma of the Middle Passage remains a core component to how my people, our people, process Blackness. The history of the Middle Passage is a genesis story that is marked, in hyphens, how the first African[-]American archive began, triggering the very real anxiety we as Black folx have in our relationship to [Black] history itself. All those bodies, lives, memories, histories – space-travelling. We were carried across water, tightly held captives in a violent womb. This experience was a collective processing of Black data thefted from an origin-site; our bodies were brought as alien algorithm into a most volatile socio-political [anti-Black] geography. All we knew we carried with us: in heartbeats, in each breath taken, in fluids released, in the memory of those cast overboard, those deeply loved who never made it to the [anti-life] on the other side of the break, those who, in their death, established a refusal, glitches in the machinations of capitalism. This was indeed a beginning, and if we begin here, this idea of a “Black archive” must remain uneasy.

An archive is a collection of historical documents; as such, when we consider a Black archive things get complicated, fast. The long history of carrying so much on our bodies suggests that nothing fully can be left behind, there is no comprehensive document. One has to wonder: Does this mean that the construct of a Black archive is too fantastic to be actualized? Is it impossible? In the absence of the physical body there will inevitably be significant gaps, the lived experience [of Blackness] so necessary as an “unlock ” to a holistic processing of our [Black] history. The legacy of [Black] history and the important role oral history has played in celebrating Black narrative means that bound up within the [Black] body are the voices, visions, of so many that have come before each of us. We remain complex in carrying this cultural consciousness, a [Black] people in multiplicity, never monolithic. What knowledge do we take with us when we depart this world? And how to give room to mourn this loss of [Black] knowing, that thing that is slippy and abstract, too gooey to grasp?

It has been two years since Khadija Saye showed her beautiful work in the Diaspora Pavilion of the 2017 Venice Biennale. When I close my eyes I am still there traversing those rooms, and my memories of those moments sing: the electric crush of the opening, a creative cavity heaving with so many [Black] heartbeats, remixed in unison. A necessary code-switch housed beyond the walls of the Arsenale or the Giardini Gardens, it was a coming home. I shared a beer with a friend on the stairs and we threw our hands in the air, our fingers tuning forks to the vibrations of the room. Ecstatic, we let ourselves be embraced by those dancing around us; all together, we danced. That night I felt all the coding we carry on our skin, archived in the memory of muscle, all ancestors in ovation; all together, we were alive. A month later Khadija and her mother, Mary Ajaoi Augustus Mendy, died in the Grenfell Tower fire in London, where they lived on the twentieth floor.

In my commitment to a [Black] archive, I wander through the many rooms of my own body. I wonder: Where can I make space to carry some of those we have lost? Perhaps we can each make space in the places where language cannot travel, those corners where there is feeling only, and the sharp vivacity of memory thrives. Yes – let’s. If even just in part. If even just page by page.

Legacy Russell is a curator, writer, and artist. Born and raised in New York City, she is the Associate Curator of Exhibitions at The Studio Museum in Harlem. Russell holds a dual-major B.A. with Honors from Macalester College in Art History & Studio Art and English & Creative Writing with a focus in Gender Studies, and an MRes with Distinction in Art History from Goldsmiths, University of London with a focus in Visual Culture. Her academic, curatorial, and creative work focuses on gender, performance, digital selfdom, internet idolatry, and new media ritual.