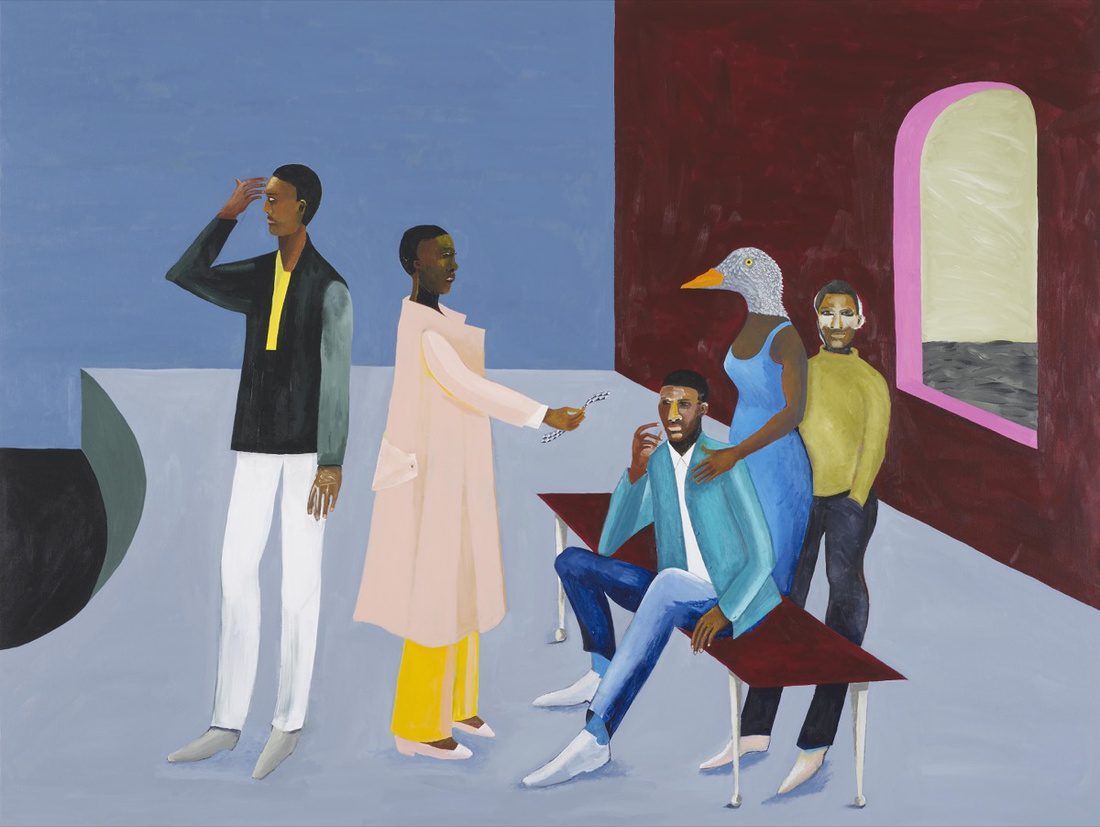 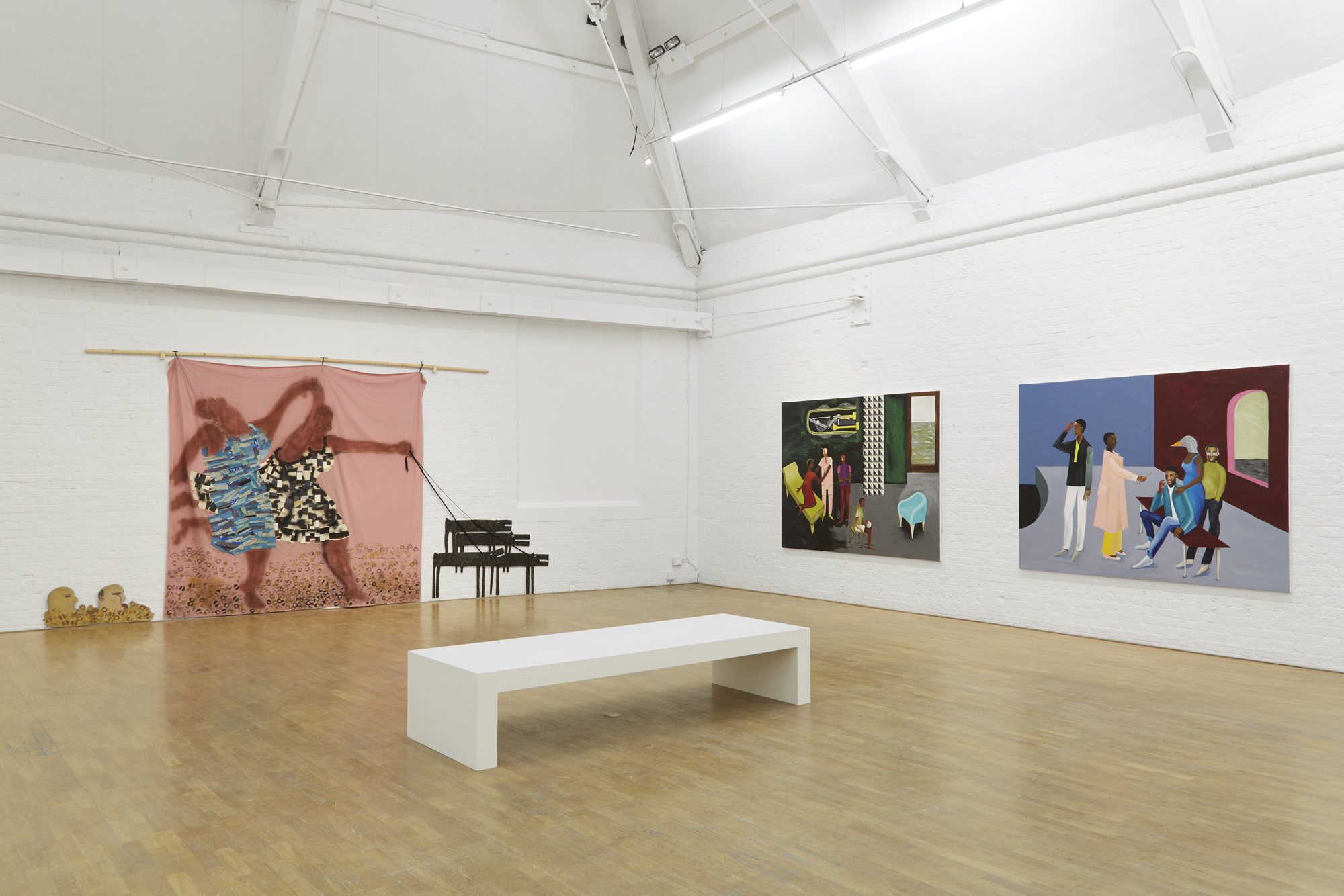 Filling in the Gaps

With two retrospectives and a group show happening simultaneously in the first four months of this year, Lubaina Himid spoke to our C& associate editor Liese Van Der Watt about her extensive career.

Lubaina Himid is having a something of a moment. In fact, she has had many moments over her 30-odd year career, but with two retrospectives and a group show happening simultaneously in the first three months of this year in Modern Art Oxford, Spike Island Bristol, and Nottingham Contemporary, respectively, the art world is clearly taking note. This visibility isn’t sudden, nor should it be surprising, but it is certainly an important place to be for an artist who has dedicated much of her professional life to making Black artists, and specifically Black female artists, more visible in Britain. She spoke to Liese Van Der Watt about her extensive career.

Liese Van Der Watt: Themes of visibility and invisibility are often mentioned in reviews of your work – whether it’s your curatorial concern to make Black artists more visible or your own work that excavates hidden parts of history. But it seems to me there is another way in which you often talk about vision that has to do with visualizing interiority: an attempt to visualize that which is in fact not visual at all – feelings, emotions, sensations. When I look at the abstract works that were painted after you first visited Zanzibar, your place of birth, I see an immersion in feeling, an interiority made visible. These works are somewhat unusual in a career that is so committedly figurative.

Lubaina Himid: Yes, I was nervous about returning to Zanzibar. I left with my mother in 1954, when I was only four months old, after my father had died of malaria, so memories of Zanzibar had always been somewhat traumatic. I had never been back, I couldn’t speak the language, and I wondered how I would relate to the space. When I finally went back in 1997, everything felt weirdly familiar and easy because I had seen it all in books. It did not feel like home in any way, yet it didn’t feel completely unfamiliar either. My response to the place was in the form of large abstract works painted in thin layers, with drips, hardly any brushwork. Curiously, I had never worked like that before, nor have I since. Having been to the place, I didn’t know how to paint it. I painted my immersion in that place, how that made me feel, rather than the place itself. I didn’t want to paint the picture of Africa that is expected by a Western audience. I tried, rather, to paint the reasons it took so long for me to go back. Many of those paintings bring to the fore the fear and the sorrow of being somewhere and having to leave suddenly, having a constant worry about not belonging. 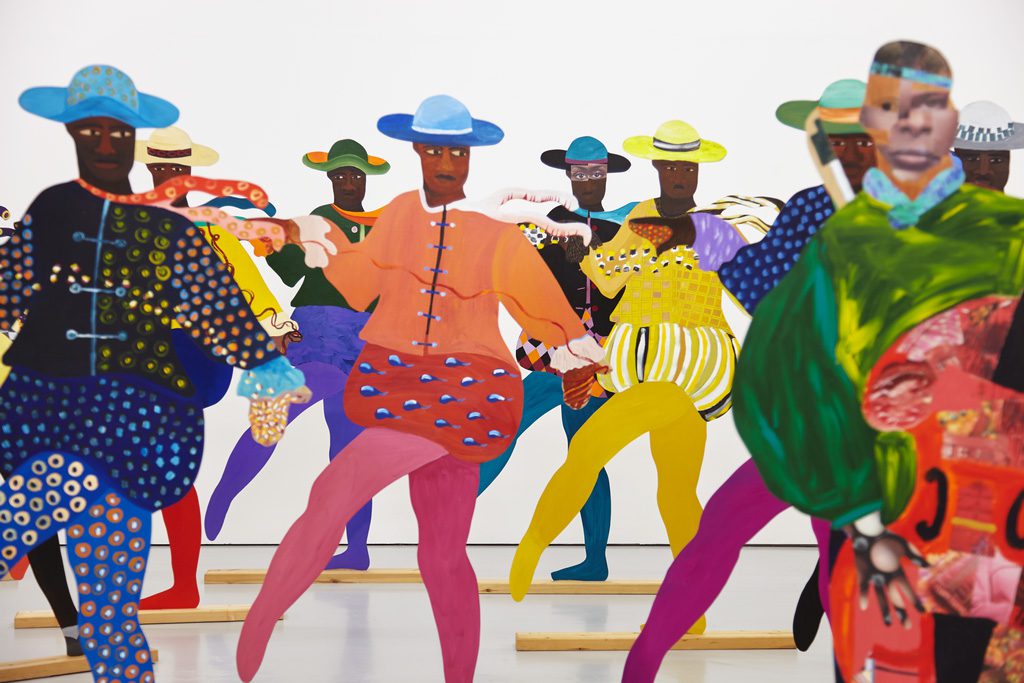 LVDW: And is this impulse to paint the unexpected or the unsaid – not quite what viewers expect – also present in your new series Le Rodeur, which on the face of it has startlingly little to do with the incident it references?

LH: Yes, Le Rodeur is quite new. In fact, the series is not quite finished yet.  It references an episode in the nineteenth century when almost everyone on board a French ship filled with captured West Africans en route to Guadeloupe started to lose their sight. They had some sort of eye infection that spread rapidly in those dismal conditions. The ship was soon floating haplessly. When the blindness started, the crew decided to throw some of the captured Africans overboard and this is all well documented for posterity, not because of the misery and suffering, but because the owner was hoping for insurance money. I was struck by the horror of the incident but also by the dread of losing sight, especially as a visual artist. In Le Rodeur: The Exchange I wasn’t interested in describing this scene itself, but rather in describing that feeling of confusion, of not knowing exactly what is going on. In a way I am trying to convey the “ghost” of it all, the shudder in the room.

LVDW: Yes, while there are some references to eyes – on the mackintosh of the center woman – to me this work speaks mostly about disconnect and about estrangement, all these stilled figures gathered in a puzzling space, unable to relate. Is this a feeling you can relate to?

LH: I suppose so. Going to school in London in the 1950s and ’60s, there were very few Black children at the schools I attended, and likewise when I did Theatre Design after school at Wimbledon College of Arts. There were no Black artists in the galleries I visited. For my Masters at the Royal College of Art in the ’80s, I started thinking about being quite systematic about finding young Black artists. It’s not like they didn’t exist; after all, every town had some sort of art school. Of course, other artists – like Eddie Chambers, Keith Piper, Marlene Smith, Donald Rodney – were simultaneously also looking for a network, to exchange ideas, to show together and to make an impact. We were desperate to get into public spaces – community halls, council spaces. The exhibition in Nottingham revisits these years.

LVDW: At what point did you make the switch from being in theatre design to becoming a full-time visual artist?

LH: In the early years, I was doing cut-out figures of African slaves working in European courts (now on display in Bristol) and working with found objects. In some ways, these works are quite theatrical. But with time I became less and less interested in theatre unless it was fringe, political theatre. I thought, perhaps wrongly, there was more potential in engaging with the great collections in Britain and filling the gaps in those collections, so art museums became a site of interest for me. I have conversations with European artists. [See for instance Freedom and Change, two Black women running Picasso-style, or Himid’s 1986 interpretation of Hogarth’s Fashionable Marriage.] I try to find the untold histories of slaves and to identify traces of other cultures – like the patterns I use that refer to Moorish architecture – in mainstream historical narratives. I am very concerned with the gaps in history, but I am also very aware of how the bigger politics of this world affect one’s personal life. Painting and making art is personal, but through dialogue and collaboration one can try to have an effect on these big events. My art is about these worlds crashing or, at the very least, interweaving. I’m trying to get a dialogue going so people feel enabled, somehow motivated to see that they can be a part of something and make a difference.

The Place Is Here – a group show on view at Nottingham Contemporary until April 30, 2017.