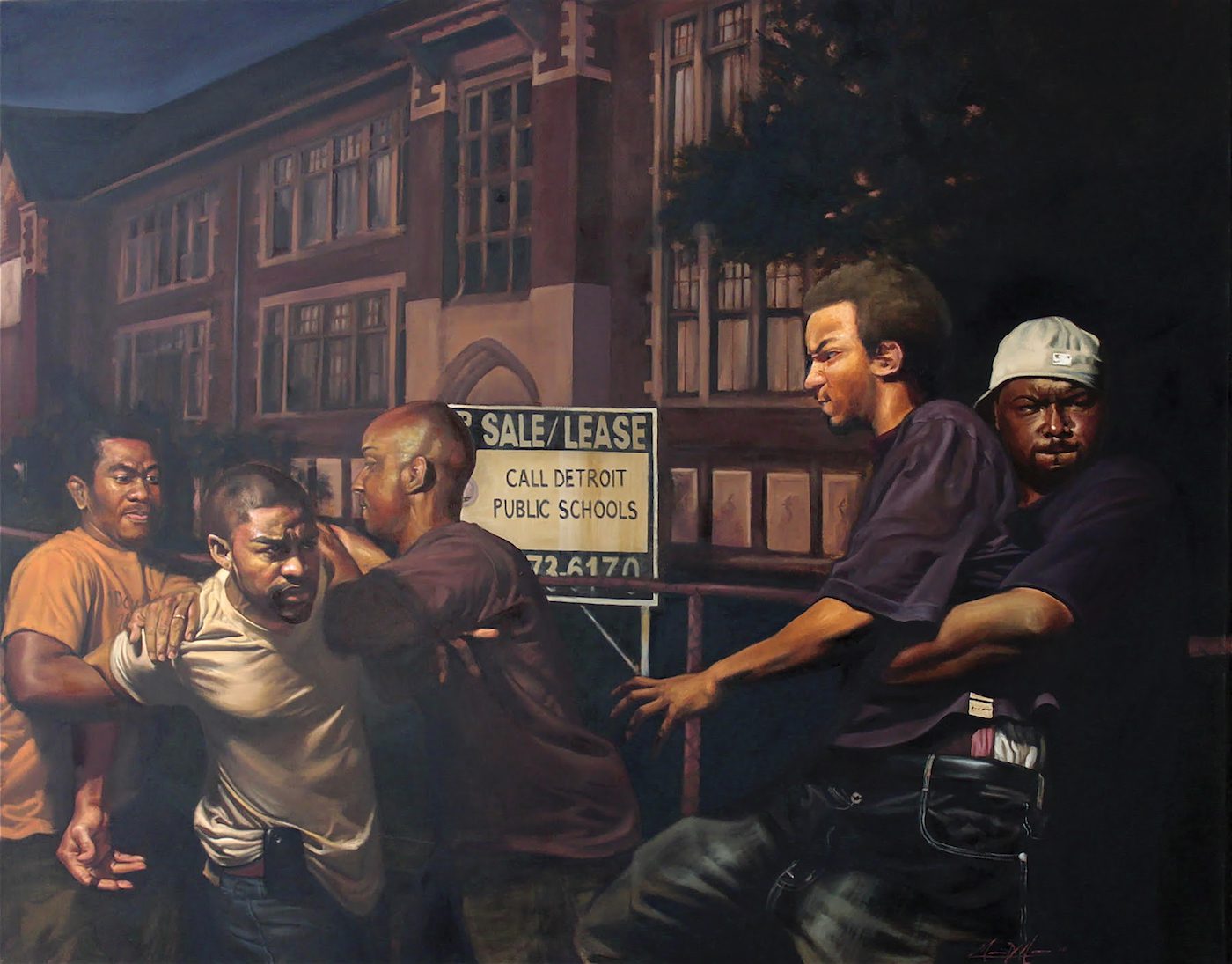 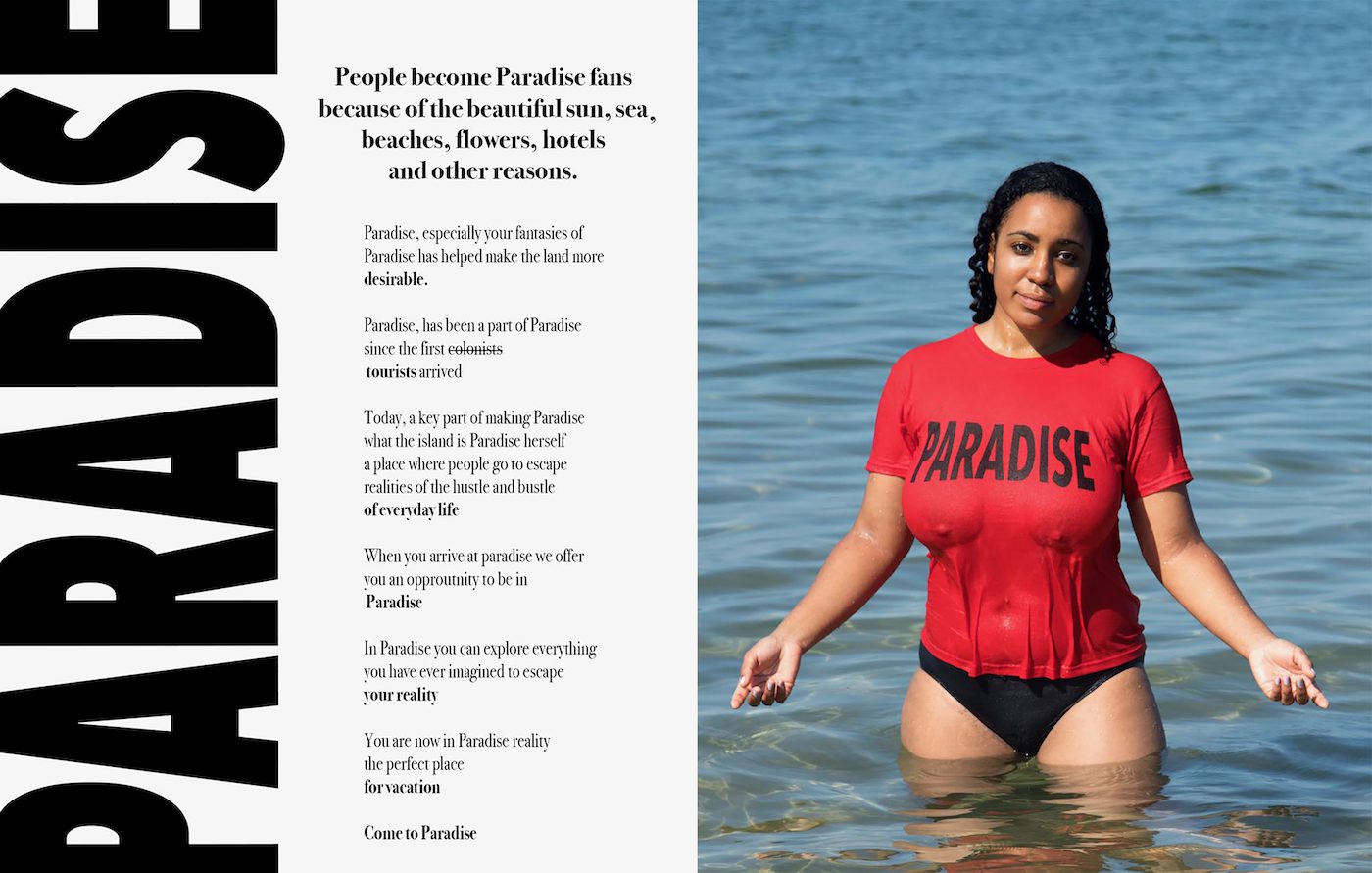 How To Give Space

Olivia Gilmore on moving beyond “allyship”.

It is vastly important to consider why art matters outside of capitalism in the first place. It has the capacity to disquiet and to tell stories. It stirs the imagination. In this sense, art of the African Diaspora, in this case art of the African Diaspora in America, is vital. As I am merely an aggregator of wise words already spoken, the following is an example of the importance of art, beyond building a healthy ecosystem of artists (an essential and ongoing objective).
Ngũgĩ Wa Thiong’o recently spoke at the Charles H. Wright Museum of African American History. In his lecture, “Decolonizing the Mind,” he spoke of the value of Pan-Africanism in reconstructing a dismembered African psyche, and colonialism’s strategy of dividing people and separating them from their memories.
Ngũgĩ provided an example of a child at the airport running and exploring, all the while looking back to see if their parent is still in view. If the parent disappears from sight a panic ensues, but if the parent remains in clear view, the child can wander about with great confidence. This metaphor is emblematic for how a base is necessary for the restoration of African identity. Here is where art can be restorative and fill in the gaps of erasure.

The role of the white comrade in a neo-colonial world: to give space so that Black people may tell their own stories. I also see my role as a white comrade, as committed to fighting systemic inequality that is morbidly alive and well in Detroit, in America and Africa. This exploitative, neoliberal structure makes it difficult to maintain a sustainable art ecosystem. It still must be strived for, but we need to be realistic about the underpinnings of injustice so that we may work to have a different model. Audre Lorde elucidates:
“The principal horror of any system which defines the good in terms of profit rather than in terms of human need, or which defines human need to exclusion of the psychic and emotional components of that need – the principal horror of such a system is that it robs our work of its erotic value, its erotic power and life appeal and fulfillment. Such a system reduces work to a travesty of necessities, a duty by which we earn bread or oblivion for ourselves and those we love. But this is tantamount to blinding a painter and then telling her to improve her work, and to enjoy the act of painting. It is not only next to impossible, it is also profoundly cruel.” 1

When writing a piece about a Black artist, I let them speak more than I interpret. Sometimes I am not the writer to tell their story or to review their work. Though often that artist deserves recognition for their profoundly moving artwork. If I think I can sensitively share that artist’s work, while being aware of the power and shortcomings of myself as a person with a European history and of words, specifically in the English language, then perhaps with their collaborative efforts, I write the piece.
In considering the words “ally” and “allyship,” let’s consider other words. I used “comrade” in the former paragraphs. May I suggest the word “friend” as well?
Ally implies a symbiotic relationship based on transaction. Or, opting in and out. This is not what a Black/white relationship is. I as a white person am embedded (and complicit) in this history. My mind has been poisoned: I acknowledge it as such, and work to repair the relationships with the people who have been enslaved, colonized, and spoken for, for so long. Colonization doesn’t just negatively affect the colonized: the colonizers themselves have been destroyed and made subhuman throughout the process. But what if we weren’t physically there at the time of colonization? It doesn’t matter. The sociopolitical and economic concatenation has produced stark realities that have been well documented and are beyond the scope of this essay.
Taylor Renee Aldridge of Arts.Black led the Detroit workshop for C& (of which this essay and issue is a culmination) and in it, she asked participants to locate pleasure. This was a refreshing and necessary writing exercise. Aldridge recognizes that in pleasure we can access joy and imagination. While we are in the fight for a just, flourishing society where the center is no longer solely European, we can focus on the care and understanding of Black friends, other perspectives and bases, and art that moves our collective imagination forward into new worlds.