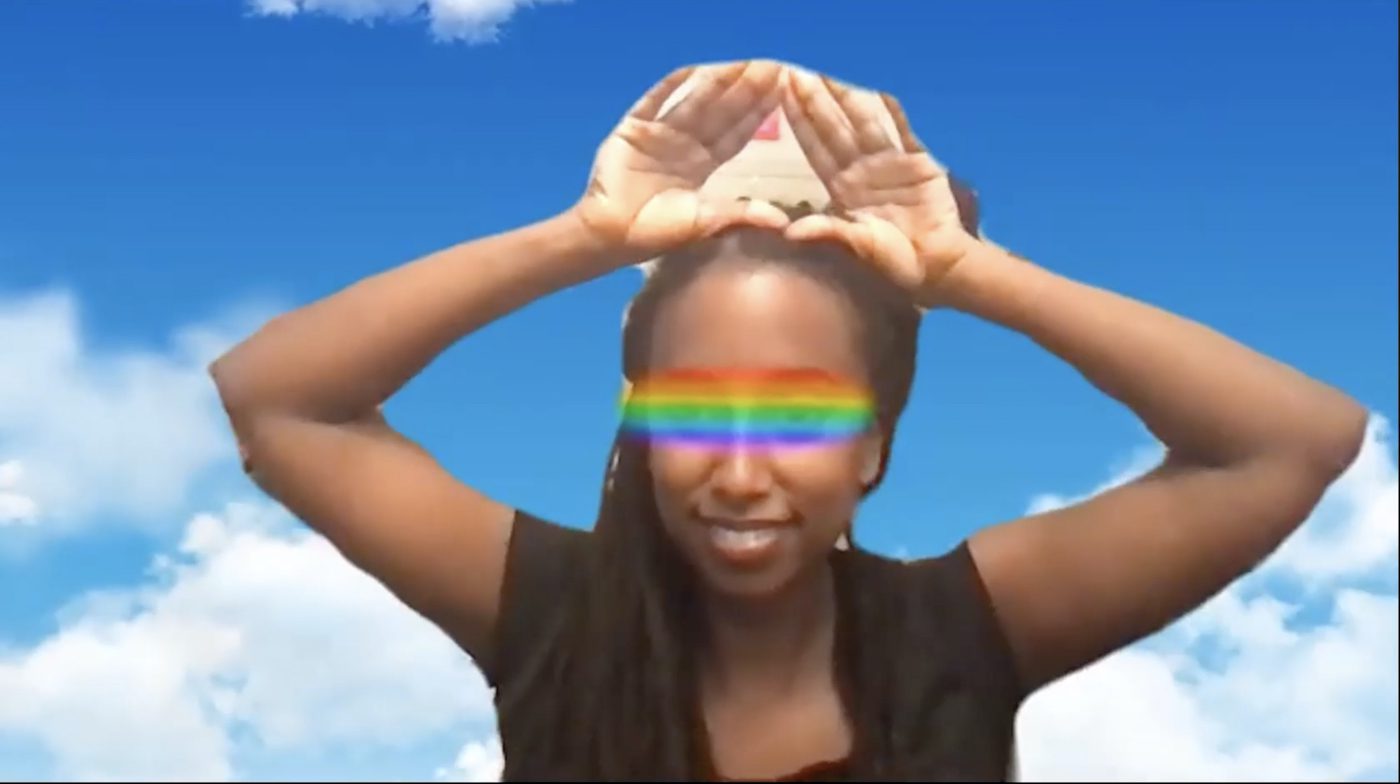 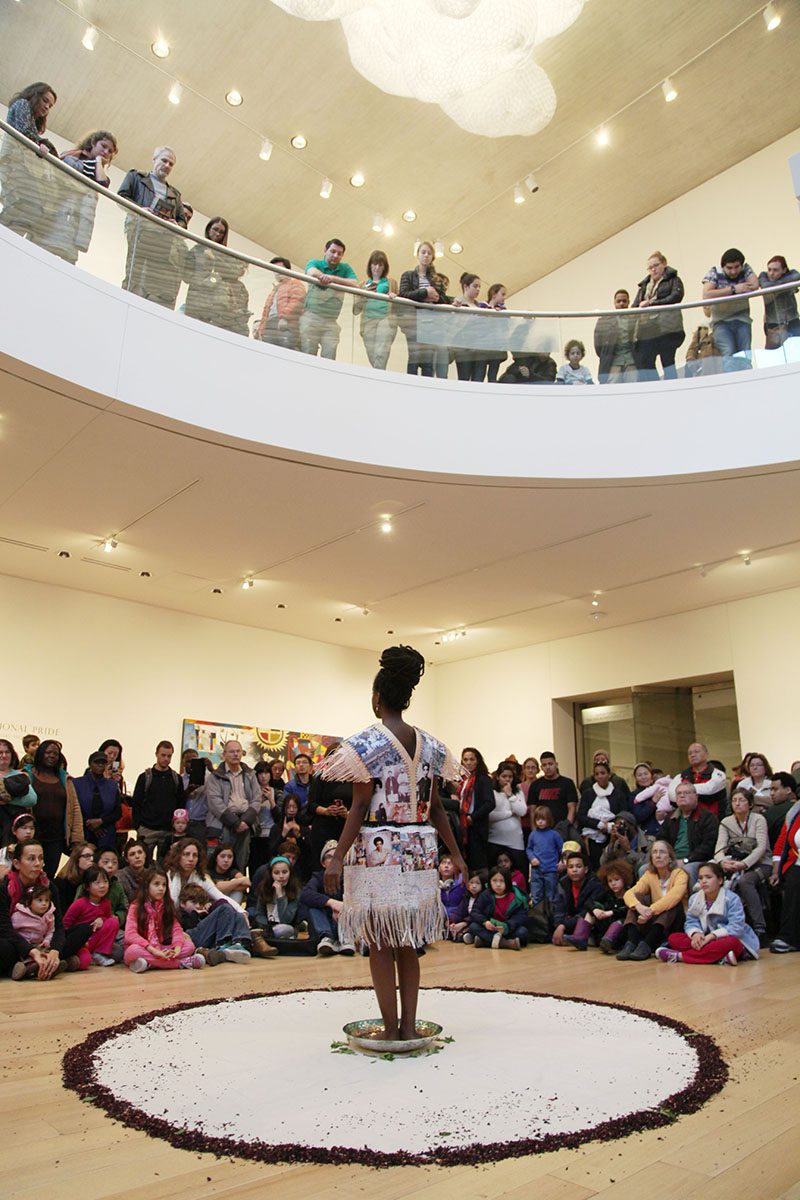 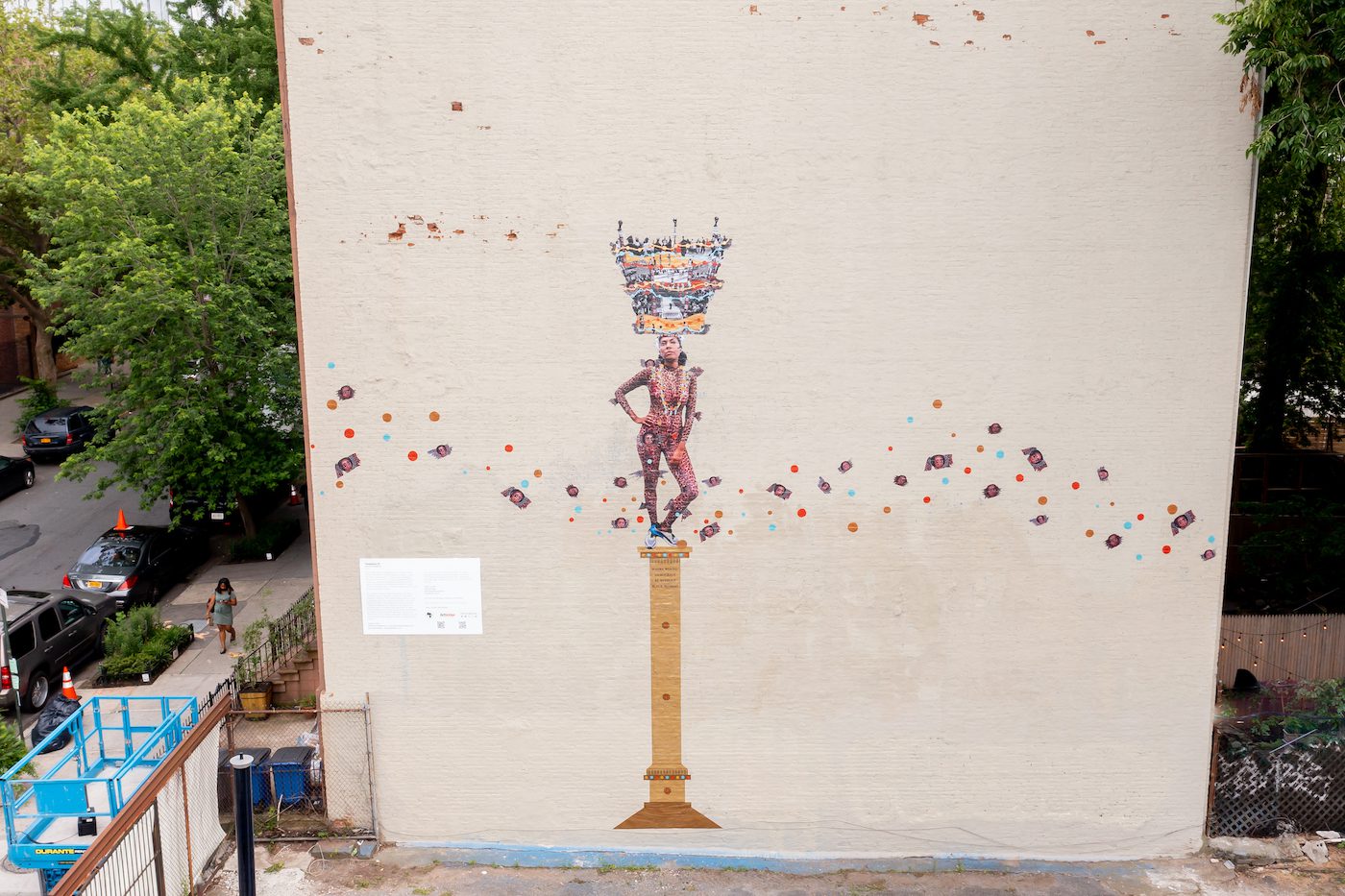 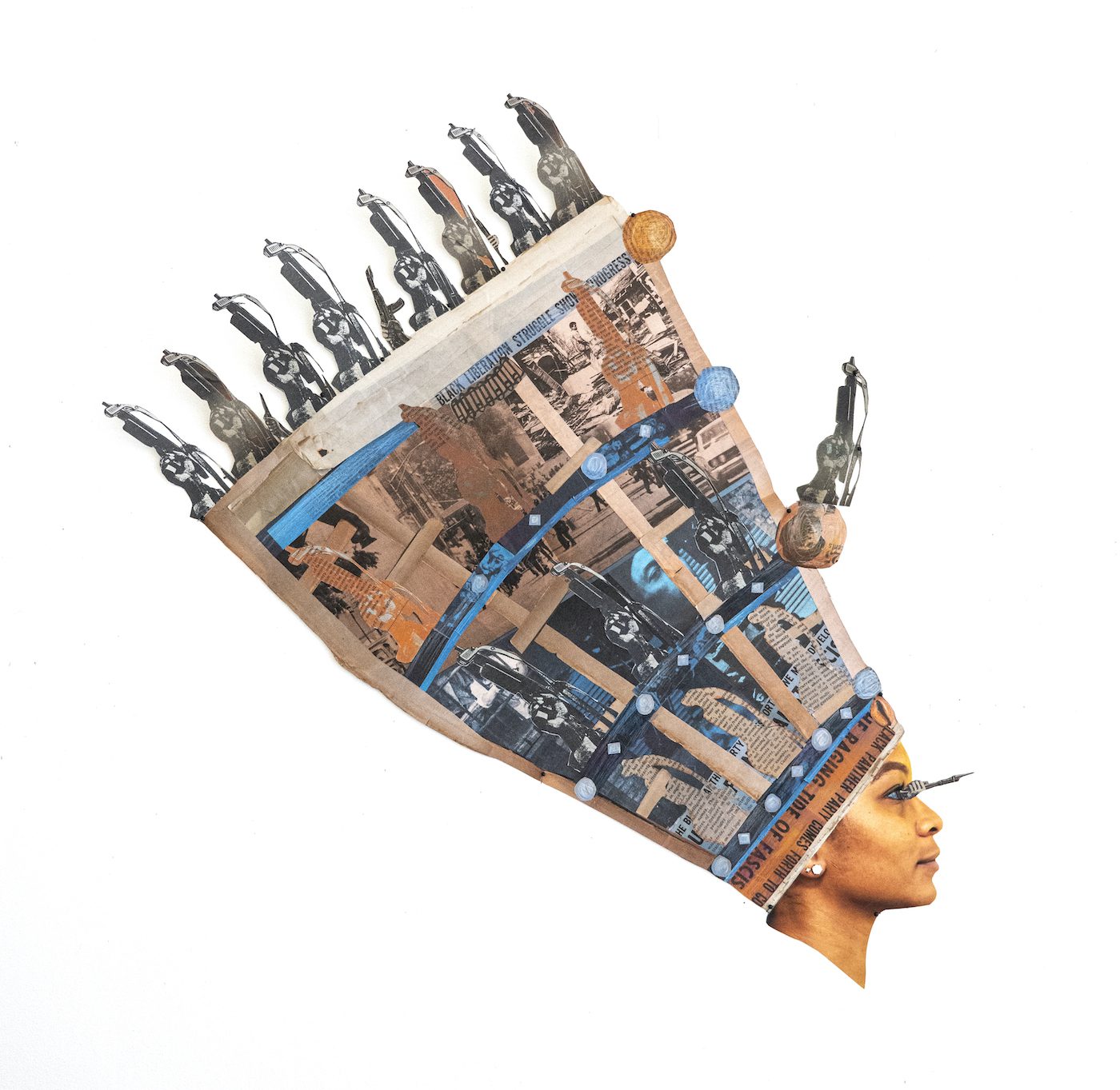 Weaving together archival and social knowledge, artist Helina Metaferia considers her community’s everyday revolutions throughout her artistic process. Resisting imaginatively in more than a few ways, she has been constructing spaces around the pandemic’s social restrictions to make exploring, togetherness, and knowledge-producing possible.

C&: Can you give us a basic idea of your work process, as an interdisciplinary artist?

Helina Metaferia: In my series By Way of Revolution (2018–ongoing), for example, I examine the issue of BIPOC women and labor within the narrative of activism histories and care politics, whether or not those groups’ experience got documented in history. I also reflect on how such narratives affect previous generations of social change. I articulate the series in many ways. I always start my process with archival research and some sort of live experiences, including performance and social engagement. I involve my community as collaborators by asking them to share their “everyday revolutions.” The outcome can be video art, but it can also be collage, assemblage, or installation. I see the process as being as important as the end result.

C&: What role does your own body play as a medium in your live or video performances?

HM: I think of my artistry as organizing and archiving, but also as activating. I activate bodies to generate experiences, to bring out memories and histories.

C&: Activists, especially activist women of color, are at the center of your work. How do you confront yourself with the terms “feminism” and “post-feminism”?

HM: I am definitely inspired by authors like Audre Lorde, bell hooks, Saidiya Hartman, and Sylvia Winter. I am also interested in the work of community organizer and author adrienne maree brown. And of course my mother, was also a feminist in many ways – I grew up with certain values around equity. I think there are multiple layers of discourse within my projects. I try to figure out how to deconstruct race, gender, class, and sexuality. I observe and amplify the voices of Black women around me, and that is a form of feminism. They often generate micro changes and service in their communities, but are not recognized in the same way as male leaders.

C&: How much do you relate your work to the audience? Did you have to adapt yourself to the conditions of our time?

HM: My work is inherently social in its process, whether it is live art, video, or works on paper that stem from a participatory engagement. Since the pandemic started, I have had to adapt my way of working, sometimes facilitating performance and social engagement virtually, and sometimes in public outdoor settings. Technology can make you feel strangely connected with people around the world, yet disconnected at the same time because it is so disembodying. I have had to work around this to try to innovate ways of creating communal experiences in a time of social distance.

HM: In the very beginning, I had a hard time with the adjustments. My projects started to be postponed until the following year, when we would be able to gather again. But groups of people were still meeting within the activist communities. When protests erupted in New York City after the murder of George Floyd, and the Black Lives Matter movement got more international attention, I felt an urgent need to organize new work in outdoor spaces. I performed For US at Grand Army Plaza in Brooklyn, in honor of Black women suffragettes right before the US presidential vote. I also created a five-part Zoom performance titled Meet Me in the Cloud, originally presented live via Zoom on December 4, 2020. I discuss the pandemic, its consequences in terms of economic crisis, and how it fueled the protests from a Black woman’s perspective. This was what everybody has had to do in the past months: be adaptive. The work Meet Me in the Cloud is now installed as a multichannel video at the Andrew Freedman Home in the Bronx as part of a group exhibition titled Storying (June 23–July 7, 2021).

C&: You are one of five artists selected to take part in Not a Monolith, a new public art initiative for NYC-based emerging Black artists. Tell me more about your participation in this project.

HM: The murals are vinyl reproductions of two of my By Way of Revolution collages, recreated as monuments. The first is titled Headdress 21, and depicts artist and activist Wildcat Ebony Brown. Celebrating this year’s Juneteenth, on June 19, it was installed in Brooklyn, on the site of MoCADA’s soon-to-be-opened sculpture garden in Fort Greene. The theme shaping the headdress is “crowd and gatherings in the streets.” You see iconic images from the 1963 March on Washington and figures such as Dr. Martin Luther King, integrated with snippets from African travel posters.

The second mural reproduces my collage work Headdress 13, featuring education justice advocate Zakiyah Shaakir-Ansari of the Resistance Revival Chorus. It is going to be installed in late July in the Bronx. With these two large-scale vinyl murals, I erected monuments to the labor of Black women in the United States. The subtitle illustrates my intent: What Would Democracy Be Without Black Women? This asserts the role of women in our society and questions why it is not recognized in the same way as the role of men.

Helina Metaferia is an interdisciplinary artist based in the US. She is influenced by her Ethiopian heritage, often drawing upon traditional African art sensibilities in her work, specifically the intersection of visual art and ritual. Metaferia is currently an assistant professor at Brown University, and lives and works in New York City.

Elisa Pierandrei is a journalist and author based in Milan. Over the years, she has gained an interest in the Middle East, Africa, and the diasporas. She writes and researches stories across art, literature, and visual media.

Algerian artist Dalila Dalléas Bouzar has been awarded the SAM Prize 2021, that includes…

The inspiring US-american writer and musician has passed away at the age of 64.