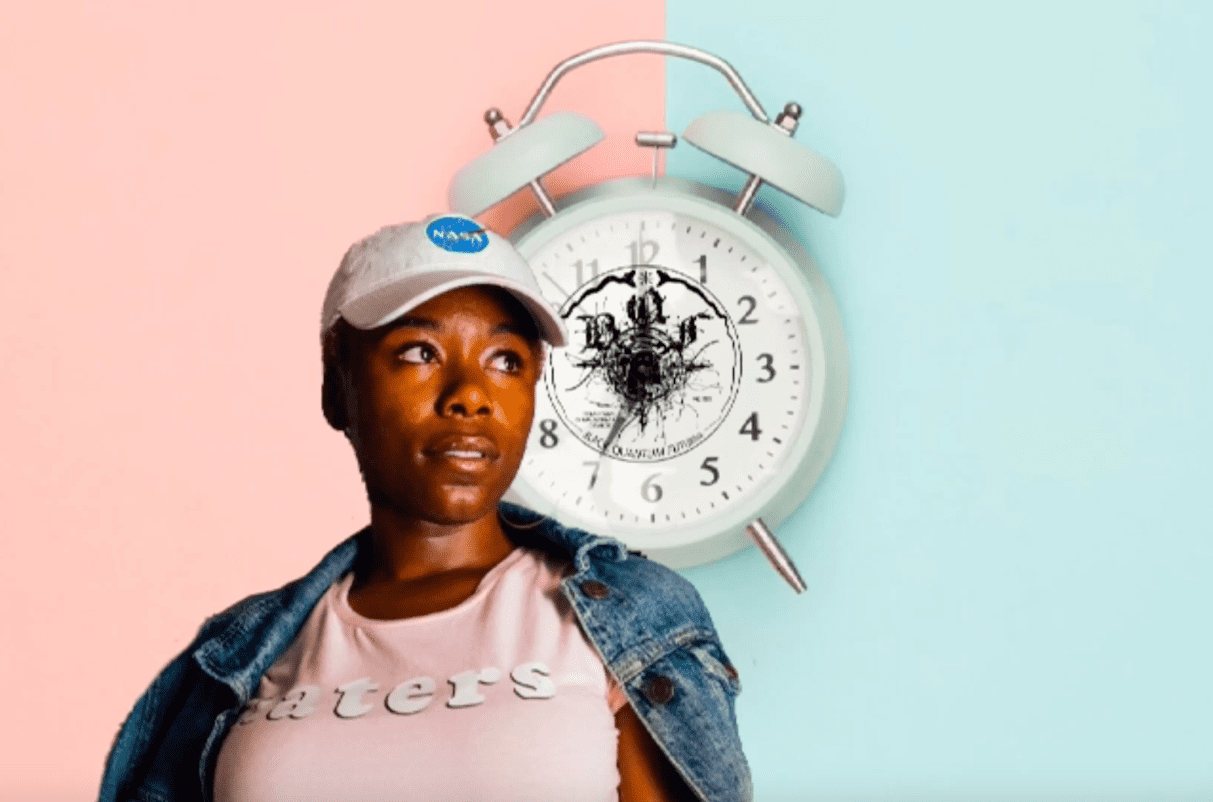 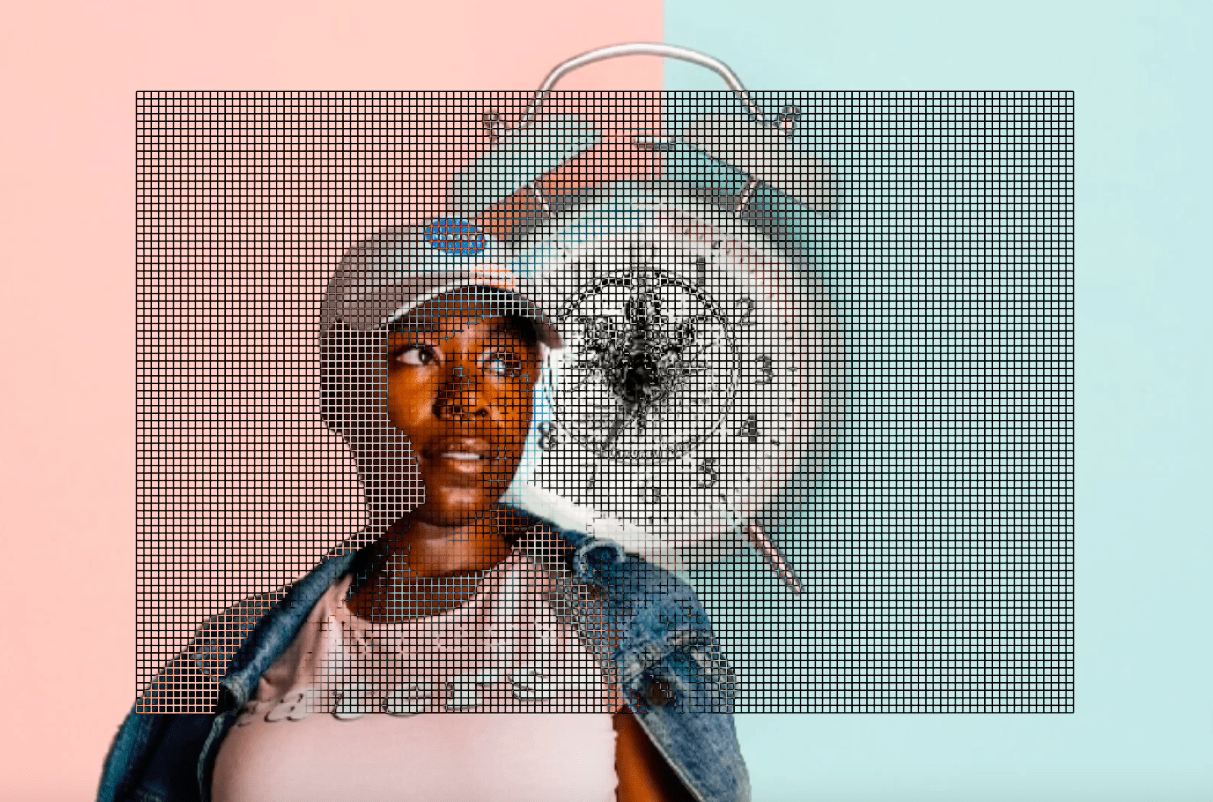 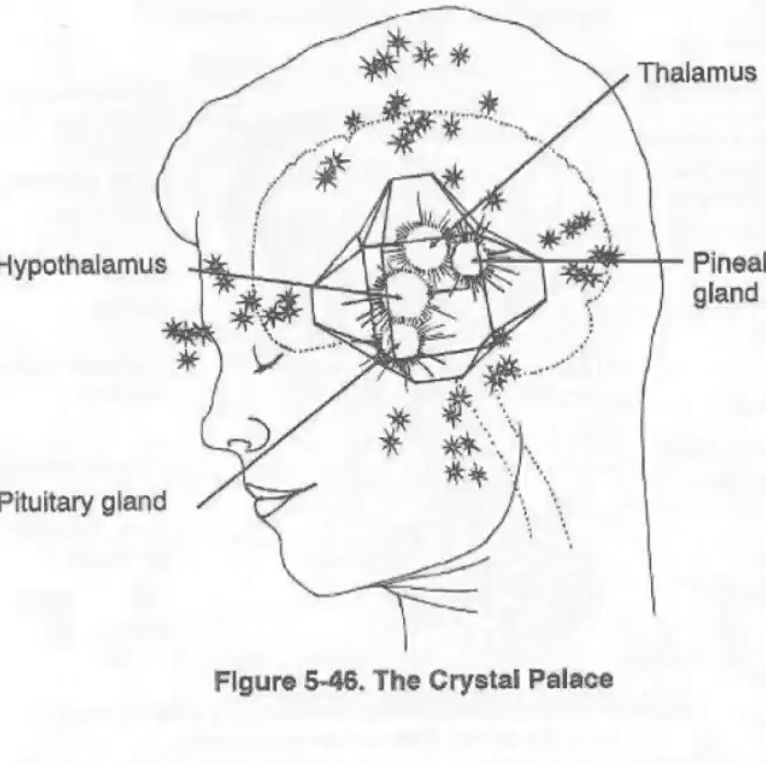 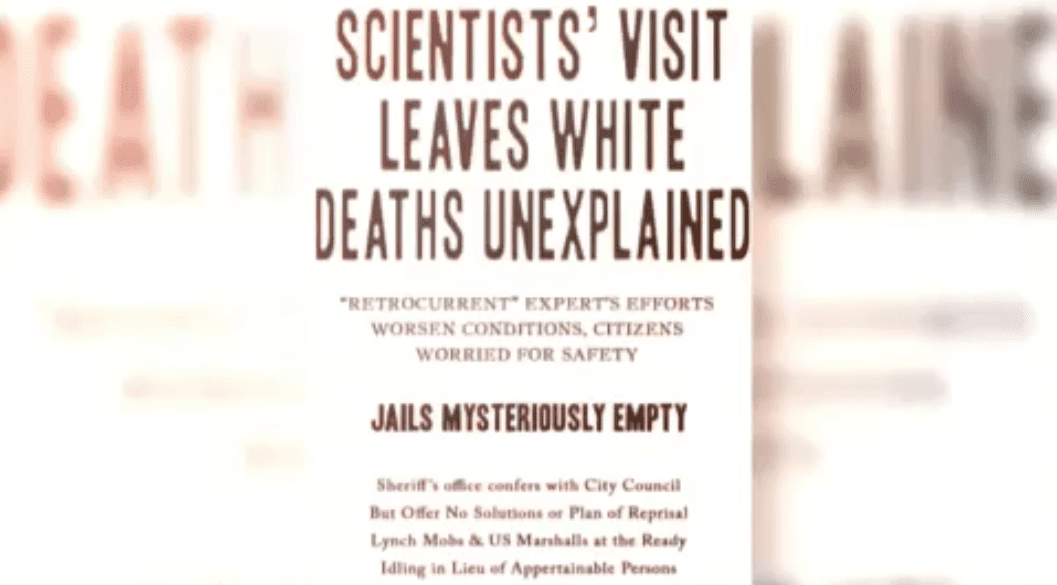 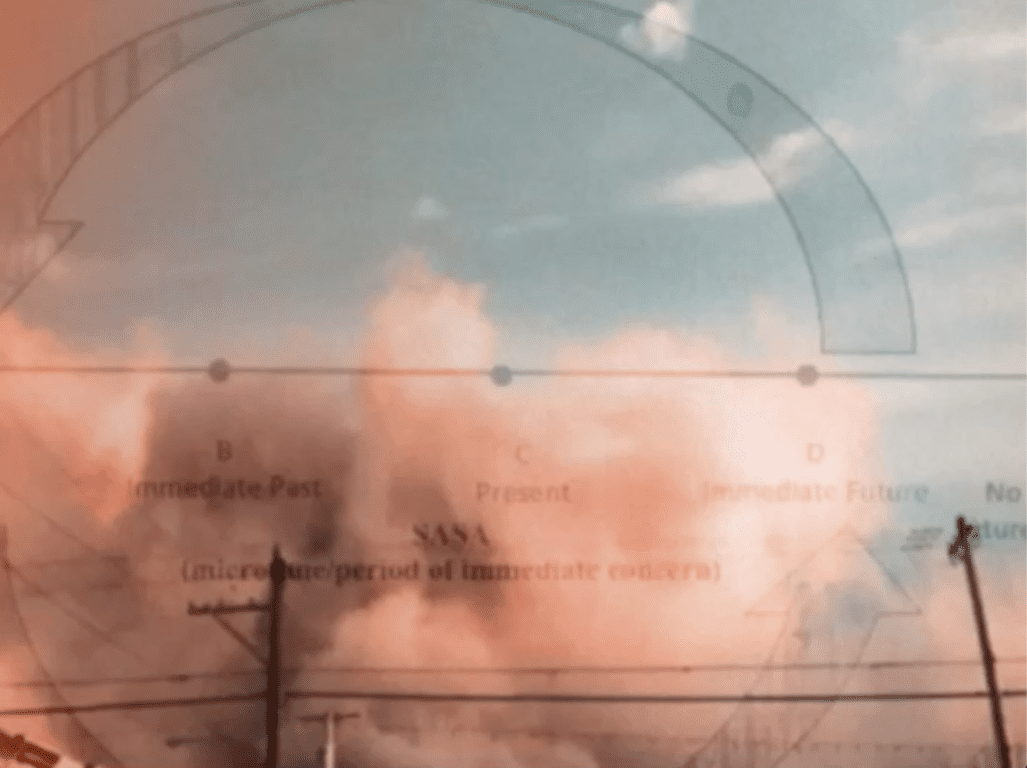 How can positive futurity concepts and sustainable technologies of joy be developed that specifically benefit low-income, vulnerable, and marginalized Black communities, which replace negative tech such as surveillance and »Big Data«? Considering the unique, intersectional temporal experiences of Black women and girls and the ways in which they are being actively erased from the objective, linear future, the United States–based artist, sci-fi writer, and curator Rasheedah Phillips created The Future(s) Are Black Quantum Womanist, a project for the web residencies at Solitude & ZKM on the topic Refiguring the Feminist Future curated by Morehshin Allahyari.

The interactive, open-access archive The Future(s) Are Black Quantum Womanist functions as a nonlinear timescape, temporal map, and tool kit with the temporal technologies that Black woman and girls have developed to ensure these quantum future(s). Visit the website and read an interview with the artist on the project’s background, time as a weapon, and the concept of afrofuturism, which also plays a crucial role in her work as a public-interest attorney representing low-income tenants.

Clara Hermann: What does the Black Quantum Futurism multimedia arts collective stand for? When was it founded and what were the initial thoughts?

Rasheedah Phillips: Founded circa 2014, BQF is a radical praxis that develops liberatory tech and practices of spatiotemporal consciousness that we believe are more beneficial to marginalized Black peoples’ survival in a »high-tech« world currently dominated by oppressive linear time constructs. BQF theory, vision, and practice explore the intersections of quantum physics, futurism, and Black/African diasporic cultural space-time traditions. We reappropriate time as a weapon and tool to fight back against temporal oppression. Our work seeks to inspire practical techniques of vision and agency against a forever expanding reconquering of land, housing, and health in Black communities. We look at the underlying connections holding us captive in literal and virtual prisons and through the BQF lens, break the codes and messages that tell us we are running out of time and toward a chaotic end.

CH: What can we find on the portal, who created the materials, and how shall we navigate it?

RP: The portal contains short films, soundscapes, visual art, glitch art, a twine game, surveys, memory mapping, a digital oracle deck, poems, short stories and more – all accessible via nonlinear image maps within the portal. The experience is meant to be intuitive and self-guided – you choose and create your own temporal-spatial experiences within it. The materials were created by Black Quantum Futurism, and other Black women and nonbinary artists who contributed Black women temporal technologies and timescapes to the portal.

CH: Can you give examples for the temporal technologies Black women have developed to ensure the quantum future(s)?

RP: Any and everything! Our writing, our music, our hairstyles, our art, the way we dress, the way we talk, our rhythms and movements. All the ways in which we modify time and survive through the oppressive linear timeline in a world that actively tries to erase us from the future.

CH: Aiming to »uncover ancestral space-time configurations for survival,« as you write in the concept text – how do you link present, future, and past?

RP: Time and temporality as explored through BQF consists of multiple dimensions; not just mechanical, linear, clock time, or other conventional and historic measures of time. From a young age, we are taught to map out major events, world history, and even our own lives on a timeline that runs from past to present to future. The timeline typically looks something like a straight line, with major events representing points on the timeline, where time comes from behind us and moves forward. From a BQF perspective, however, causal order is not presupposed or inferred. BQF believes that the future, both near and far, impacts the present, now, reaching back to meet the past and create our experiences of the present. The future can alter the present and the present can alter the past.

CH: You also write science fiction stories and essays. What roles do writing and storytelling play in your work as an artist?

I am also inspired daily by my own experiences of motherhood, and I am very conscious of the ways motherhood has cycled throughout my family. The first story in my book of short fiction Recurrence Plot and Other Time Travel Tales, is a speculative reimagining of my own history. My mother had me at the age of 14, and I had my own child at the age of 14. After a time, I became conscious of the family pattern of teen parenthood and shift that cycle for my child, so that she would not repeat it. Speculative fiction allows me to dig deeper into the meaning of these experiences and how they interact, interconnect with, and follow similar patterns found within various other systems and cycles of nature, the cosmos, sociology, psychology, etc.

CH: As the founder of Afrofuturist Affair, a community formed to celebrate, strengthen, and promote Afrofuturistic and Sci-Fi ideas, what concepts do you work with and what is their potential? How do you define Afrofuturism?

RP: In 2011, I created The AfroFuturist Affair, a grassroots organization, to provide a digital and physical community and platform for Black people with interests in Afrofuturism and Black speculative fiction. AFA started out as a singular event in Philadelphia – a charity and costume ball – with proceeds benefiting local nonprofit Need in Deed, and evolved into other collaborative, creative events, around the country and world, free workshops, critical, creative writing, and social media which promotes and supports Afrofuturistic culture, practice, and events around the diaspora to an audience of more than 10,000. The Afrofuturist Affair has allowed me to create multiple platforms and mediums for both Afrofuturistic creators and marginalized communities to access and engage with the empowering, world-building concepts of Afrofuturism. I have curated hundreds of events and workshops locally, nationally, and internationally. Leading up to that first event, I was also feeling empowered and inspired by the Black Science Fiction Society online community, the local spoken word community, and local Black punk scene.

When I came across the term Afrofuturism in 2011, my experience was that it was primarily being used in academia, internet subcultures, and artistic circles. I became interested in how it manifests in liberation practices and in communal, cultural activities I was really interested in how Afrofuturism could be applied to the type of work I do as a public interest attorney, representing low-income tenants who are facing eviction and advocating for survivors of domestic violence and sexual assault. As a sci-fi writer interested primarily in time travel, I was also really interested in the domain of the future and the role of time in Afrofuturism. Afrofuturism prompted me to think about alternative temporalities, how time imprints itself on communities, and how time plays out in the lives of marginalized and oppressed people who have uneven access to both their histories and their futures.

CH: And where do you see the concept of Afrofuturism misused?

RP: Afrofuturism is often pigeonholed or stereotyped as being primarily concerned with Black science fiction, or entertainment or aesthetics. I think this is a narrow concept that is being capitalized on by Hollywood and other mainstream forces and institutions. Afrofuturism and Black Futurity should not continue to be seen as isolated to its own field of study or seen as focused on art, entertainment, and literature. It should increasingly be applied to other areas of study, such as law, architecture, psychology, social work, public policy, etc. I hope to see Black communities continue to take Afrofuturism and its potential seriously as a creative force for worldbuilding and worldchanging, and to develop it as such. We need Afrofuturistic Environmental Science, Afrofuturistic City Planning, Afrofuturistic Medicines, Afrofuturistic Math, Afrofuturistic Horology.

CH: The Black Woman Temporal Portal website also follows the principles of open knowledge, open access. This concept is crucial for an open society and avoids the monopolization of resources. In what way do you refer to this context?

RP: As someone who comes from a low-income background, I have relied on open-access resources to literally survive through college and law school, and have used them to establish networks and community with people around the world whom I would otherwise not be able to access. Open-access resources have allowed me to teach myself history, quantum physics, how to produce and publish a book, and anything you can name – things I may not have had access to as given my socioeconomic background.

CH: You also work as the Managing Attorney of the Housing unit at Community Legal Services, representing low-income tenants facing eviction and other housing issues. In what way do your experiences there influence the topics you work on as an artist?

RP: Through my legal work, I look for ways to uncover the role time plays in the justice system for marginalized Black communities, and the role of time as an economic commodity in Western society, and continue to make this a more explicit part of my advocacy as an attorney and through civic engagement activities as a community member and advocate. Through my Afrofuturistic artistic and cultural work, I develop alternative temporalities as practical tools for allowing access to pasts or futures in a way that linear temporality and obedience to mechanical and digital clock time cannot. Alternative temporalities can inform legal perspective, legal rights, and the impact of future law-making on poor and historically marginalized communities.

In my legal work I project a vision of the future in which we have actively begun to address the ways in which future(s) are made inaccessible to marginalized communities in general and Black people in particular, and where we have developed positive futurity concepts and sustainable technologies of joy that specifically benefit low-income, vulnerable, and marginalized Black communities, and which have replaced negative tech such as surveillance and »big data.«

Interview by Clara Herrmann, who studied literature, law and arts administration in Konstanz, Berlin, London, and Frankfurt (Oder). Her focus lies on the digitization of cultural institutions and topics related to art, society, and the Internet. In 2014, she joined Akademie Schloss Solitude as a coordination fellow and was responsible for press and cooperations. 2015-2018, she developed and coordinated the Digital Solitude program with fellowships, the online program »Web Residencies«, and the institution’s digital platform Schlosspost.

This interview was initially published on schloss-post.com on August 15, 2018.