Forging a Crown out of Chains

Constanze Musterer takes a closer look at Afro-Brazilian culture and history through the lens of the exhibition Afro-Brasil – Porträtfotografie in Brasilien 1869/2013 at the ifa gallery Berlin.

Within the series Kulturtransfers, ifa-Galerie Berlin presents the exhibition Afro-Brasil – Porträtfotografie in Brasilien 1869/2013, involving two cultures and their historical and contemporary photographic views of the history of migration in Brazil and the way it is interwoven with colonialism.

A silver crown on a tray decorated with floral ornaments being carried by white gloves, the adjoining arms are enveloped in a light blue garment. The visitor of the exhibition is greeted by this solemn scene on a photograph by Luciana Gama, it is part of the ritual of the annual procession of the Catholic community “Irmandade Nossa Senhora do Rosário dos Homens Pretos” (Order of Our Lady of the Rosary of the Black People), one of Brazil’s oldest orders. It was founded owing to the paradox that due to forced conversion African people were no longer allowed to practice their religions but were also not allowed to attend the Catholic Church. To this day, the congregation based in São Paulo does not receive financial support from the Catholic Church and is struggling to survive year after year. With her photo series on the order, Luciana Gama explores the syncretism so typical for modern-day Brazil. Her photographs hang freely in the exhibition space, indicating a procession of images, with each one shrouded in white gauze similar to the ornamentation of the order. Only a gap allows for an unobstructed view of the picture; if the viewer wishes to see the whole picture he/she has to take action and push the veil aside. A conscious act of approaching the portrait subjects and the topic: the history of slavery, the history and present situation of Afro-Brazilians in a country that prides itself of having no racism.

Vienna-based Brazilian curator Marcello Cardoso Gama’s premise for the exhibition was “respect, attention and caution in dealing with a history that does not belong to us”. The initial spark for his interrogation of the current image and social position of Afro-Brazilians in his country came from Alfredo Henschel’s (1827-1882) photographies, which Gama discovered at the Leibnitz Institute for Regional Geography in Leipzig. Alfredo Henschel emigrated from Berlin to Recife, northeastern Brazil, in 1866 and set up his first photographic studio there, later on followed by others in Bahia, Rio de Janeiro and São Paulo. Recife, the Brazilian city closest to Africa and Europe, had a thriving social life and trade, especially slave trade. Henschel took photos of a cross-section of Brazilian society, including slaves and freeborn people. What was exceptional about his portraits of Black people during this time was that they were portrayed as a matter of course, without the usual orchestration of exoticism and without judgment. The portrait subjects primarily made their own choices of poses and accessories, just like the members of the white middle class did.

Marcelo Cardoso Gama and Luciana Gama followed in Henschel’s footsteps in Brazil. They asked Afro-Brazilians to pose for portrait photos without the photographer giving specifications, and to relate their experiences regarding racism. The result is a video work which is contrasted with Henschel’s 19th century portraits of Black people at the “core” of the exhibition, as the curator calls this space. Behind the smile, today‘s collective memory is still informed by experiences of violent oppression and forced migration for generations. 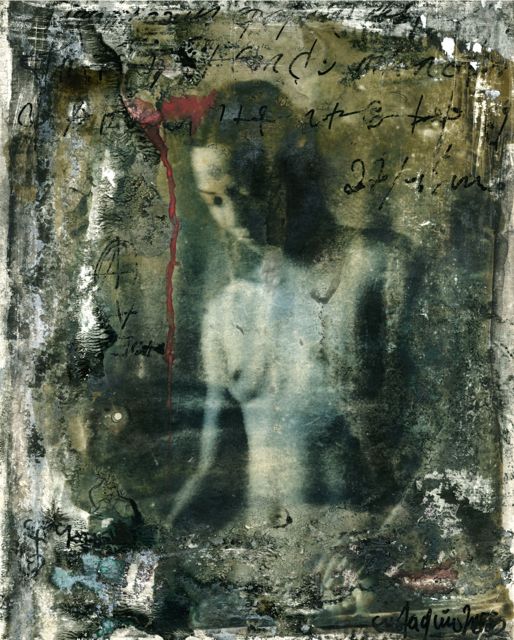 Eustáquio Neves on the other hand seems to partially reflect 19th century portrait photography not only content-wise but also formally in his large-format photos in dark shades of brown and grey. In the series “Objetização do Corpo” (Objectification of the Body) the Afro-Brazilian artist uses a complex procedure to manipulate the images already in the negative form, e.g. by scratching them with a fingernail. Diverse visual layers engage with one another so that the portrait subjects, who never look into the camera directly, are at the same time main motive and background motive in his pictures. Existing and living in the shadows, maltreated but nevertheless an upright presence. This is an unsparing reflection on the scars of Afro-Brazilian history.

In the room opposite, the exhibition is complemented by an agglomeration of different materials and publications documenting the historical and current social situation of Afro-Brazilians. Of late, the image of a stout Superman stands out: Joaquim Barboso is the first Black president of the Supreme Court in Brazil and is hailed as a hero by the Afro-Brazilian community. However, the rejoicing brings to mind the downside of this reality: there are hardly any higher offices in Brazil staffed with Afro-Brazilian women or men.

Constanze Musterer studied art history, religious studies and psychology at Freie Universität Berlin. She works as an art historian in the field of contemporary art. Her particular focus is contemporary art in countries outside of Europe, mainly in Latin America and Africa, art in the public space, as well as political art. From 2010 to 2012 she lived in Recife in the Brazilian federal state of Pernambuco, where she worked as a curator at the Museu Murillo La Greca and did research on contemporary art and traditional culture in northeastern Brazil.