Embodying Forms of Knowing and Being

It is more than a year now since the release of Ryan Coogler’s Hollywood blockbuster film Black Panther, in early 2018, and the spell it cast lingers. Nearly every conversation on the reinvention of African consciousness begins and ends with the fictional Wakanda, sparking ideas on Afro-renaissance. But, at the same time, it is almost an incongruous concept. The magical realism of an advanced and mythological African society, hidden from the glare of the civilized world, and which merges technology and rituals, is inherently experimental.

The novelty of this encounter, of fantasy of a technologically sophisticated world imbued with non-human agencies, has supported the universal concept of digital arts from Africa. And the mention of this form of expression must be contained in the same breath as the equally appealing notions of Afro-futurism and, of late, Afro-metropolis. 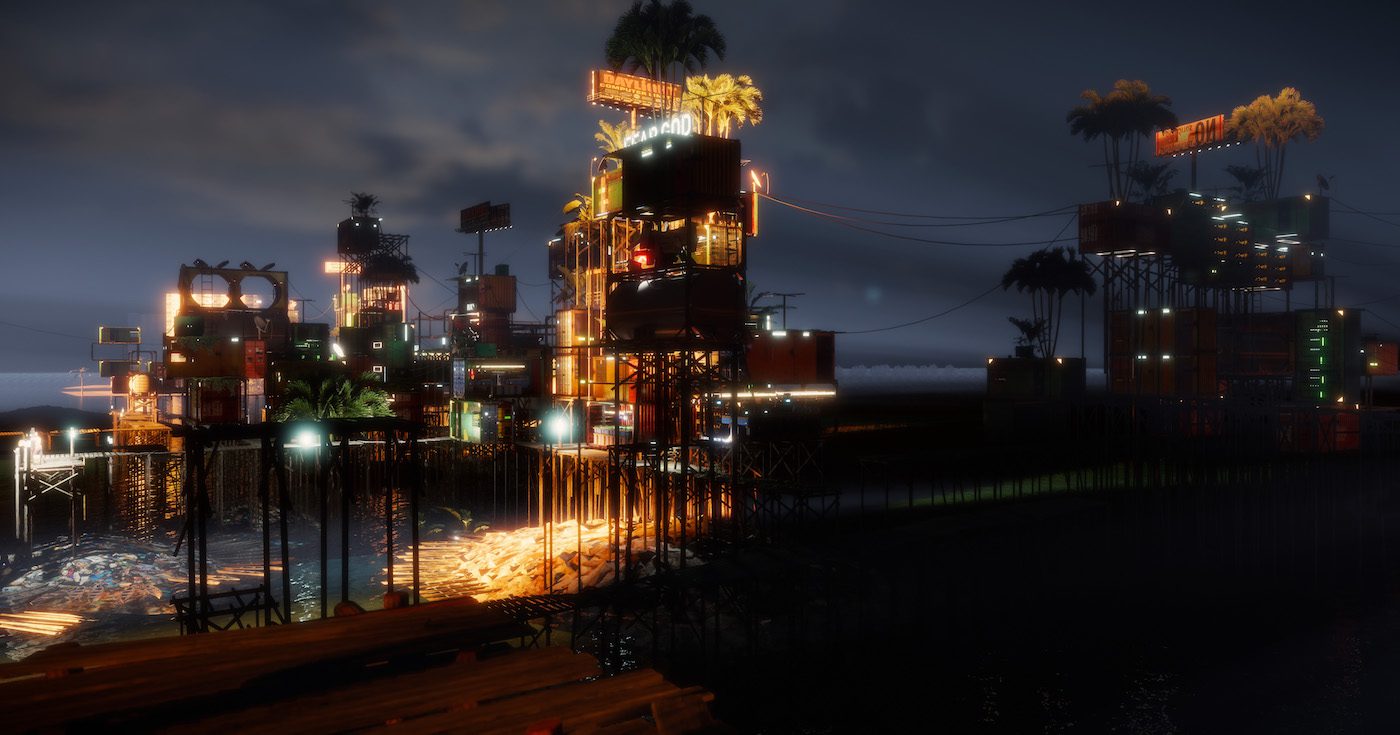 When the ZKM (Karlsruhe), in collaboration with Dakar’s Ker Thiosanne and Johannesburg’s Fak’ugesi African Digital Innovation Festival, in 2018 and early 2019, organized a series of digital art exhibitions, under the umbrella title Digital Imaginaries, it was evident that the premise was constructed on the hypothesis that Africa is the latest entrant into the global digital sphere. While this idea represents a sense of altruism, it suggests that Africa – here representing a collection of all nationalities on the continent – has not undergone all the stages of industrialization. And so it is categorically a leap from the dark ages, straight into the fourth industrial revolution perhaps.

Even then, this hyphenation of digital arts from Africa is problematic. Why, for example, are there no special categories for digital arts from Asia, Europe, or the Americas? In his essay “Intense Proximity: Concerning the Disappearance of Distance,” which appeared as part of the documentation for the 2012 La Triennale, Okwui Enwezor observed that the world is increasingly interconnected and defined by a convergence that produces new relationships of proximity. At any rate, the digital sphere is borderless and brings into perspective the multiplication of social structures across urban centers in every corner of the globe.

There are as many approaches to digital arts from Africa, but the most dominant tendency is to reflect on the ecological impact of obsolete components. Africa has become a dumping site for used and faulty technological gadgets and machines. During the sixth edition of Afropixel Festival, held from February to May 2018 in Dakar, Senegal, the focus was on mining old gadgets and repurposing them to assert local agency. Although creating value in found objects is commendable, it also highlights the challenge of digital arts from Africa. Upcycling is, in itself, dependent on manufactured and discarded items, without suggestion of a fresh way of producing original components. Again, this thrusts digital arts from Africa into the cycle of dependency, as opposed to innovation. 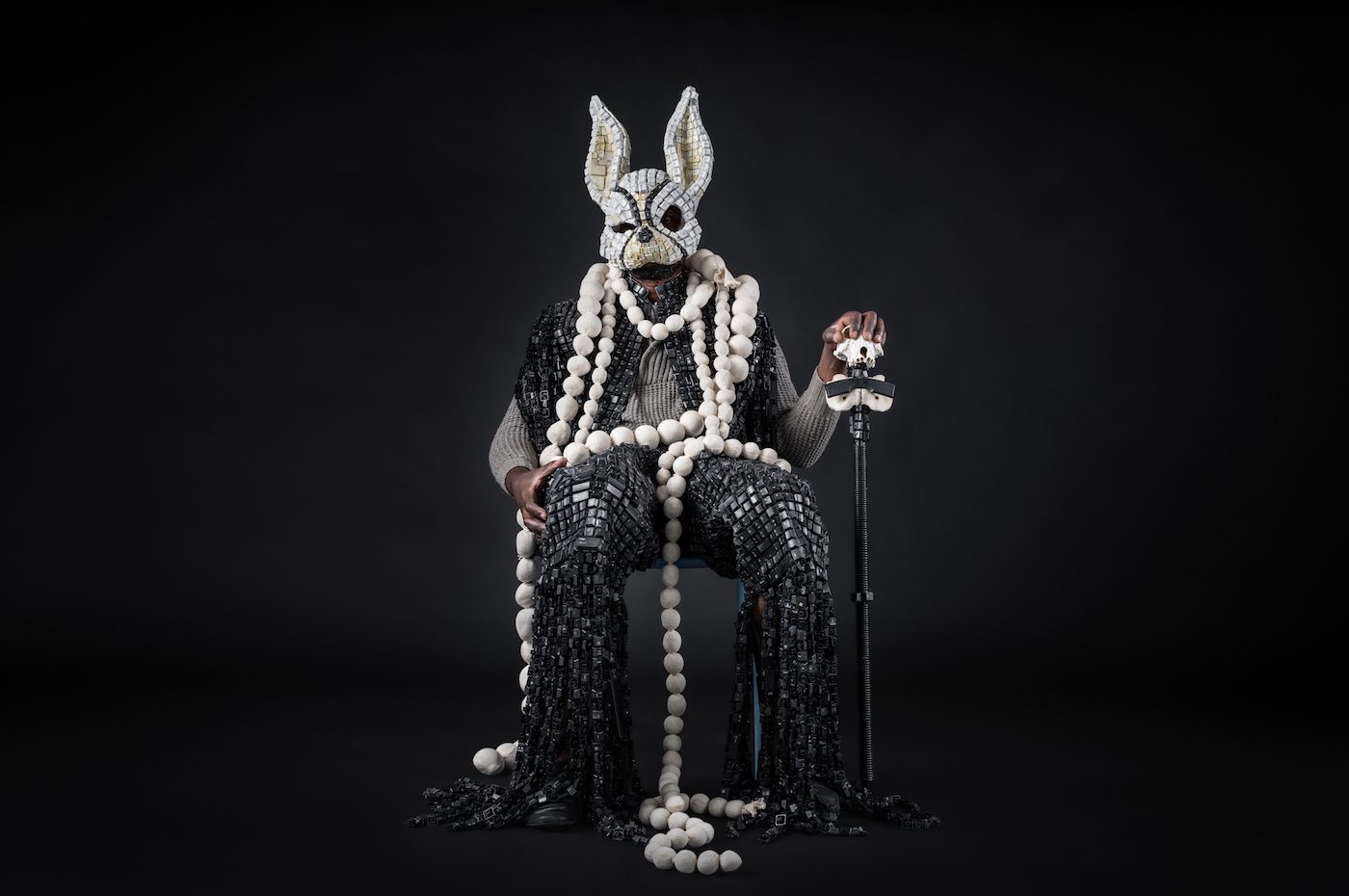 As the gap between form and content widens, and because of the obvious disjunction between audiences and productions, digital arts from Africa is likely to also be hurled into liminality. Video art, including virtual reality, has become a pillar of digital arts from Africa, and merely domesticates the capacity of digital platforms to nourish imaginations and expressions. There also exists a tangible tendency of site-specific digital arts from Africa, but to transfer them from their original spaces to new locations is to distort their meanings. For example, a selection of works from workshops in Dakar were showcased at the ZKM in Karlsruhe. These works, mainly composed of found and upcycled gadgets, were likely to be irrelevant in such a context, where they can simply become sculptures made of discarded components, and not necessarily extensions of imaginations.

But it is the notion of Afro-futurism that is often the core of digital art from Africa. The sudden surge in visions of a post-human dimension of Africa is significant. Yet these digital humanism sensibilities are often fashioned in accordance to or in reflection with fantasies in the Global North. If Afro-futurism exists, then Euro-futurism must also be defined. Some artists, through their work, have become critical of the fog of Afro-futurism. In the video installation We Need Prayers: This One Went to the Market (2018), the Nairobi-based Nest Collective satirically rebukes Afro-futurism as largely market-based, fashioned for a Western audience, and disjointed from the realities of Africans on the continent and in the diaspora. 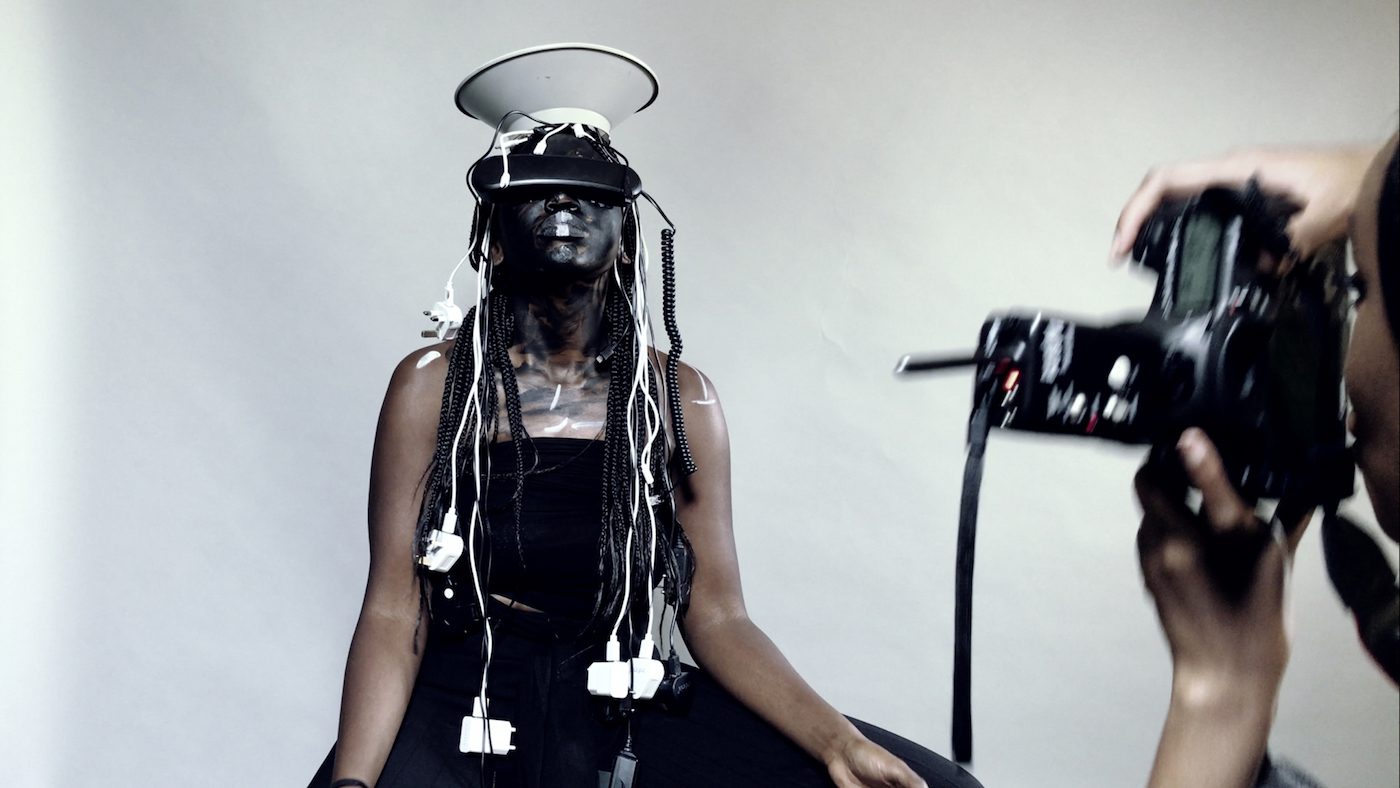 The Nest Collective: We Need Prayers: This One Went To Market, 2018© Courtesy The Nest Arts Company

What is required, perhaps, is a new metaphor for digital arts from Africa. It is possible that the convergence of vernacular and traditional knowledge can contribute to ways of rethinking technology. Indeed, perceptions on technical vernacular knowledge and coded traditions were part of the “Premonitions,” the second phase of the festival Digital Imaginaries held at the Wits Art Museum in Johannesburg in 2018. Beyond approaches to ecological sustainability and computational functionality is the precedence of both human and non-human others. Collaborations between artists, cultural producers, and scientists have been instrumental in developing algorithms for traditional practices. Working in a new artistic project, Russel Hlongwane, Alex Coelho, Tegan Bristow, and Joao Roxo have been exploring how to bring vernacular knowledge into contemporary digital practice. One result has been the use of a software that transforms beaded patterns into codes. Moreover, tapping data from the South African Human Genome Program, Joni Brenner and the Marigold Beads, a Zimbabwean beadworks cooperative, interpreted and visualized genetic population data into a necklace.

Although narratives around digital art from Africa can barely escape the traps of classification, as well as the desire to correspond to Western ideals, reducing Africa to a new entrant is regressive. People of African descent have been active in the process of developing the digital technologies, but their efforts may have been obliterated by institutional violence. Now, with evidence of coded beaded patterns, communicative frequencies with non-human agencies, and connections to ancient practices, new media can embody new forms of consciousness and expressions of “otherness” that have come to define digital art from Africa.

Enos Nyamor is a cultural journalist based in Nairobi and a student from the C& Critical Writing Workshop which was held in Nairobi in December 2016 and made possible by the support of the Ford Foundation.