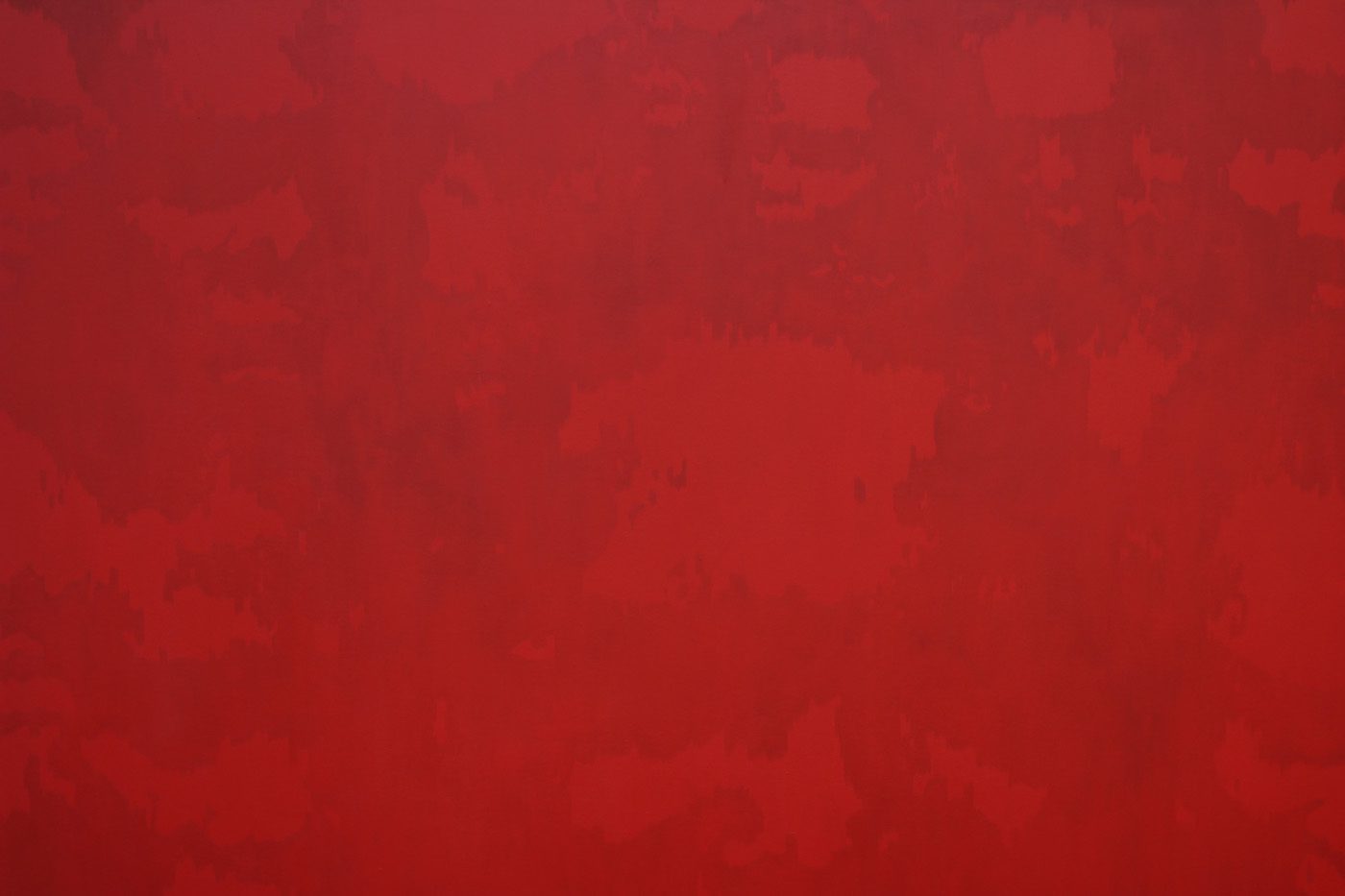 During November 2018, I participated in C&’s annual Critical Writing Workshop. Engaging in discussion with my peers and workshop leader Taylor Aldridge, I learned of critical perspectives central to the African Diaspora and became oriented towards using language unique to my voice as a Black writer. Most notably, I explored the idea of being inside an artwork while writing about it, immersing myself in the artist’s process and entering a piece of art, ultimately to capture its essence through my feelings and thoughts. As my contribution for this special print issue, I am attempting to do just that: To make an artwork personal to me, to become it, and live inside of it through my words. Thank you to all of my fellow workshop participants, Taylor, and C& Editors-in-Chief Julia Grosse and Yvette Mutumba for making this possible.

I am lost in shades of blood orange. Hardening underneath my fingertips is a soil so vibrant and free that I can barely hear the children running and laughing behind me. I lean into the playground hill, and my knees absorb the ground. My friends are footsteps away. Our thick wood chips penetrate the Earth, and we watch the clay change colors: sun-kissed orange to deep red. The hole we dig into the ground becomes narrow and reveals the depths of Mother Earth’s red Georgia clay. Immediately following one of our most exciting discoveries, my second-grade class is directed inside to our classroom. Our teacher instructs us to clean our hands before entering. I try to avoid washing the clay from my hands, but I follow her orders and watch as the red stream of water pours down the sink drain. This childhood memory serves as my personal connection to the rich Georgia clay that artist Horace Imhotep highlights in his painting currently hanging at ZuCot Gallery in Atlanta. The exhibition is titled 400 and it is ZuCot’s take on the years passed since Africans were forced into slavery in Jamestown, Virginia, during 1619. When I read Imhotep’s artist statement for Ancestral Clay, I was surprised to see a piece of art so deeply rooted in Georgia’s DNA: “Faces with nonphysical bodies speak to the spiritual presence. There are loud voices that scream from the once blood drenched soil. There are many scientific explanations for the color of the Georgia rich clay, well this is mine.” Allowing the alluring quality of Imhotep’s red color palette and memory-evoking imagery to draw me in, I felt comforted by the painting’s connection to my childhood home, Atlanta. The painting welcomed me with outstretched arms, covered my fingers with the soil I adored as a little girl, and made me listen to its message. As I entered into Imhotep’s conception of ancestral memory, I began viewing it with a new gaze; I became the artwork. I received its guidance, inspirations, and insights. I let the floating faces in the painting uplift and ground me, and I contemplated Imhotep’s response to the scientific approaches for understanding what makes Georgia clay so red.

Through visualizing the blood and spirit of his ancestors, Imhotep answers the question. He paints light red faces to represent the continuation of African spiritual life after physical death. The faces float among each other, morphing into one being, and one painting to experience. Imhotep recognizes the South’s grounding in slavery by emphasizing Georgia’s unique relationship to red clay. He centers the state within the 400-year framework of the exhibition and epitomizes a visual interpretation of African ancestral memory. At its best, Ancestral Clay merges the past, present, and future as one construct, while capturing the enduring legacy of African people in America — their resisting spirit, earthly presence, and infinite life force. Whether there is an emphasis on the previous 400 years or a focus on the present, the painting has a transcending quality that allows it to live in its own time. As an artist and thinker, Imhotep demonstrates his ability to think broadly, and imaginatively, in terms of Black history. He honors its painful and traumatic past while breathing life into its presence by sharing his interpretation of life as it relates to spirituality. Insightful, thought-provoking, and visually infectious — Imhotep’s Ancestral Clay keeps the African ancestral spirit alive and gives new meaning to Georgia’s memory-bearing red clay.

Jasmine Sinclair Wilson is a writer based in New York.