The Africa Institute in Sharjah

By assessing the state of African Studies, a conference at the Africa Institute in Sharjah, UAE, lifted the lid on the African presence in the Gulf while making the post-colonial links between visual arts and academia clearer.

This spring, the recently reopened Africa Institute in Sharjah, UAE, held its first international conference, – Global Africa: African and African Diaspora Studies in the 21st Century – focusing on the state of African Studies today. Featuring an array of international speakers from across the field but mostly from US academia, the three-day event charted the history of the discipline, while assessing how far it has come and the challenges it faces. The speakers gave presentations followed by panels on a variety of topics, including African interiority, naked protests, the aesthetics of regard, Afro-Arab histories, and institution building in Africa.

The problematic origins of African studies

At the conference, Jean Allman, a professor at Washington University in St Louis, explained that African Studies as an academic discipline was actually initiated by the white American Melville Jean Herskovits as a way to recolonize African minds as the process of political decolonization spread on the continent in the late 1950s. During the dubious foundation of the discipline, criteria for membership of the ASA (African Studies Association) were geared towards white people. Hence until recently, only half of the ASA members were Black, 54 percent of ASA presidents since 1957 have been white men, and 54 percent of distinguished Africanist awards also went to white men. 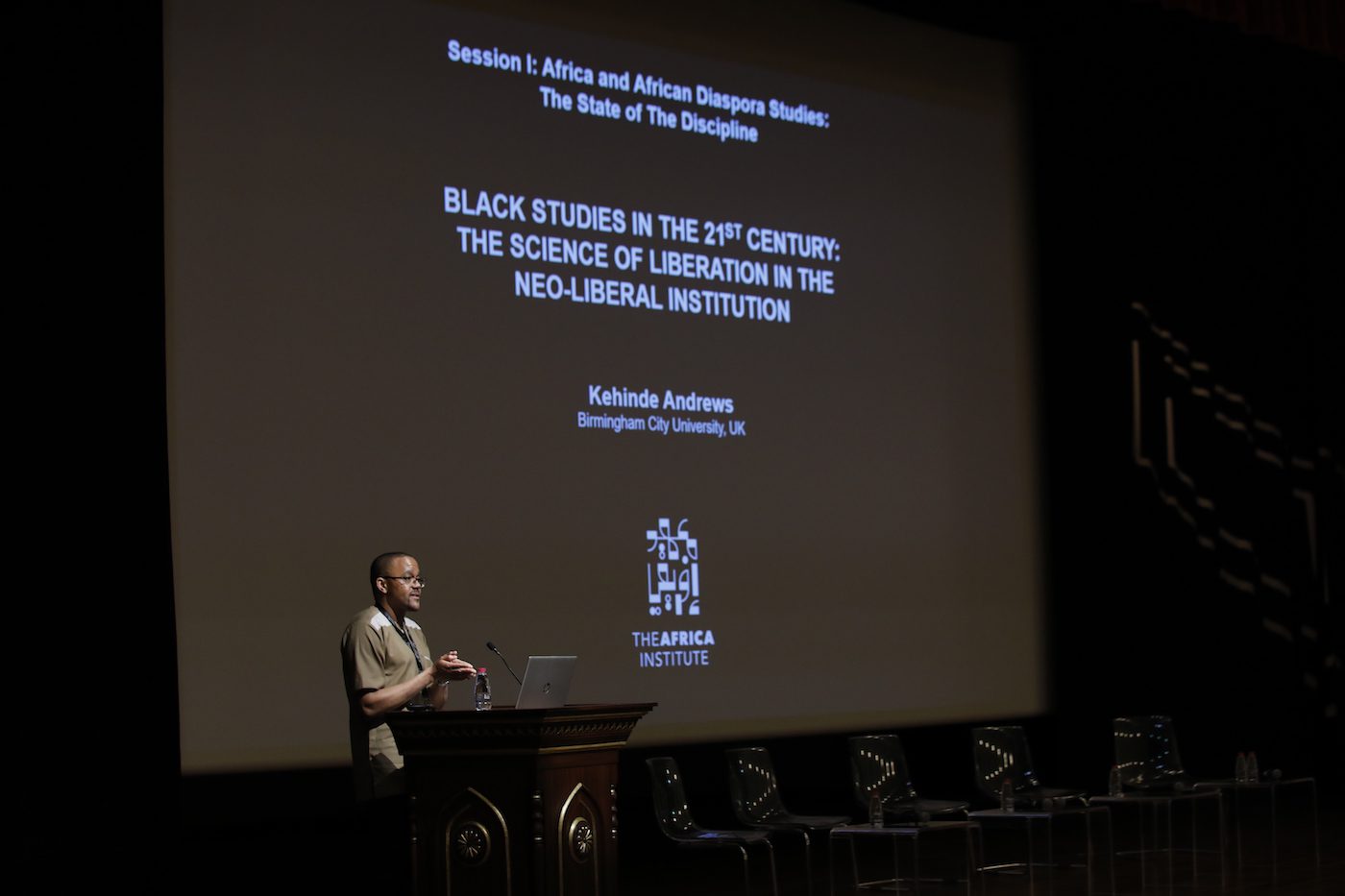 The state of affairs

With a shift in the demographics of the discipline, the aims also changed. “Black Studies is not about interpreting the world but rather changing it,” remakerd Kehinde Andrews, Black Studies professor at Birmingham University in the UK. “It’s about changing what the canon is.” The parallels between Black Studies and visual arts also became clear in Sharjah, where the conference coincided with the opening of the Sharjah Biennial 14 (SB14), which features several positions that challenge official histories. This includes Ahmad Fuad Osman’s installation Enrique de Malacca Memorial Project (2016 –) which consists of a museum dedicated to Portuguese navigator Magellan’s former South Asian slave Enrique de Malacca who was “unofficially” the first person to circumnavigate the world in the 16th century. 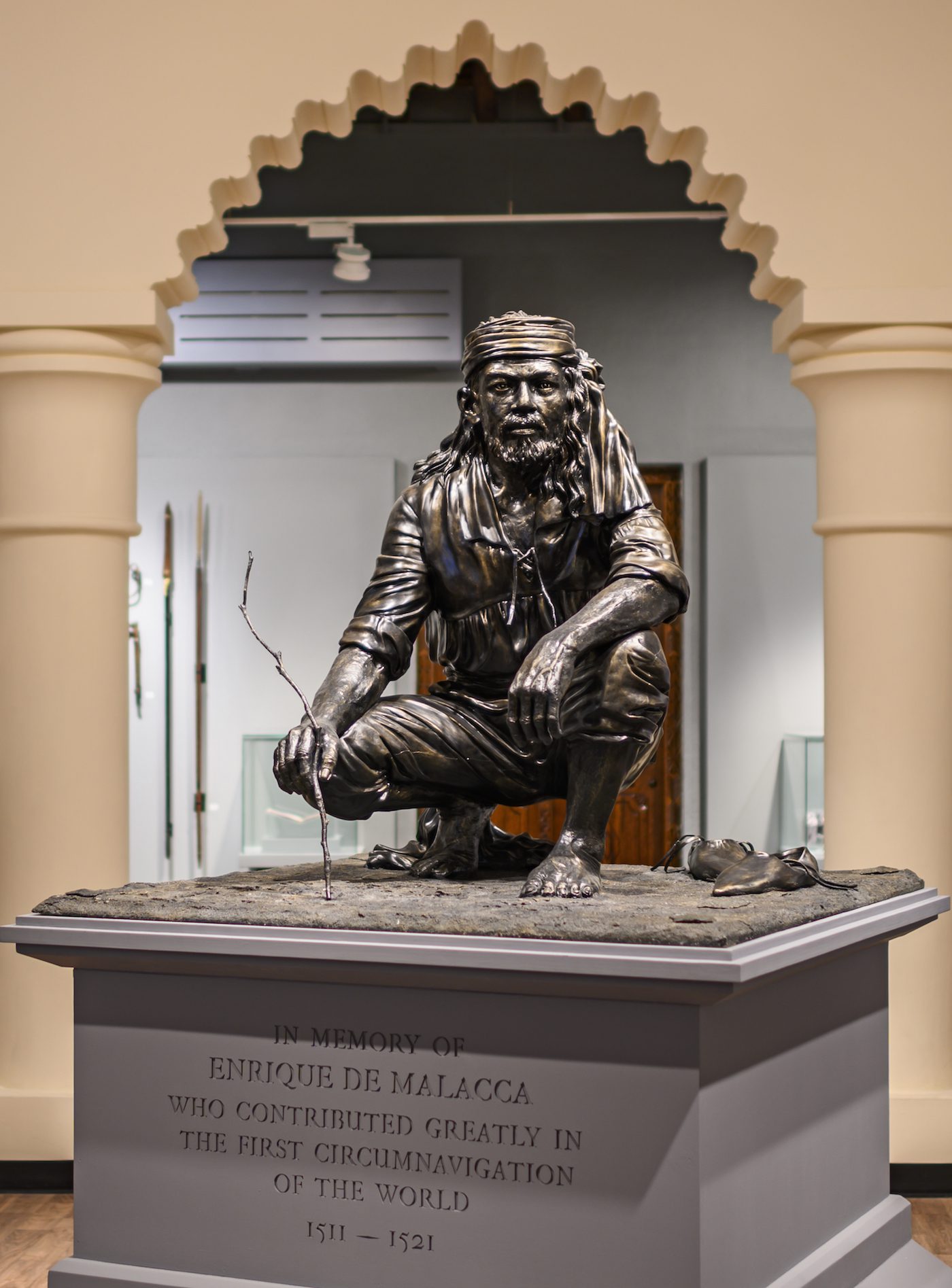 The Black and African traditions

On the subject of African/a philosophy and the Black intellectual tradition, Olúfémi Táíwò stressed that during Orientalism, European intellectuals renamed Africa, splitting the continent into “north” and “proper” Africa, while reclaiming Egypt as European Africa. The Africana Studies professor at Cornell University, USA, also raised the question why the history of Africa has been divided into pre- and post-colonial when no country in Africa (apart from South Africa) was officially colonized for longer than 100 years. The work of filmmaker Abderrahmane Sissako is a good example of how these Euro-centric categorizations have been fabricated to deplete Africa of its own history. In his presentation on the Mauritanian-Malian filmmaker and the right to African interiority, Dagmawi Woubshet, professor at the University of Pennsylvania, offered examples from Sissako’s films that take place in the Sahara region and involve stories shared by multiple peoples in northwest Africa.

Mamadou Diouf gave a presentation on imagining Africa from a diasporic position. The professor of African Studies at New York’s Columbia University reminded participants that the Negritude movement was made up of mostly poets and artists, suggesting that in order to revise Black Studies we need to move beyond race and slavery and go back into the arts. Remembering an episode during his college years in which Habermas told him not to worry about not understanding social sciences and encouraged him to tell a story instead – because if the story is good it is rational, Diouf stressed the importance of telling African stories. This of course also speaks to our current political climate of leniency towards fake news, as well as the centuries of Euro-centric epistemologies.

On the aesthetics of regard, Aliyyah Abdur-Rahman, a Brown University professor, delved into 21st-century Black feminist art praxis and how to theorize it. In her presentation she made reference to Toni Morrison who in Beloved speculated on the value and self-esteem an enslaved woman placed on herself; Brittney Cooper’s belief that feminism is about unapologetically loving women; and Alexandria Smith’s surreal and philosophical paintings of women and girls. In her contribution, Naminata Diabate spoke on the significance of naked protests by women across Africa.

Temple University professor Benjamin Talton spoke of his upcoming book which deals with the US interest in Africa which in the 1980s shifted almost exclusively towards South Africa. Ahmad Sikainga spoke of other politicized geographies by opening the taboo topic of enslaved people in the Gulf region. The professor of African history at Ohio State University went on to explain that the taboo stems from shame and guilt. Revealing the bigger picture, Sikainga also pointed out that slavery was abolished in the Gulf in the 1940s amid pressure from the UK and the discovery of oil, while documents from Zanzibar pointed to the existence of light-skinned and white slaves. 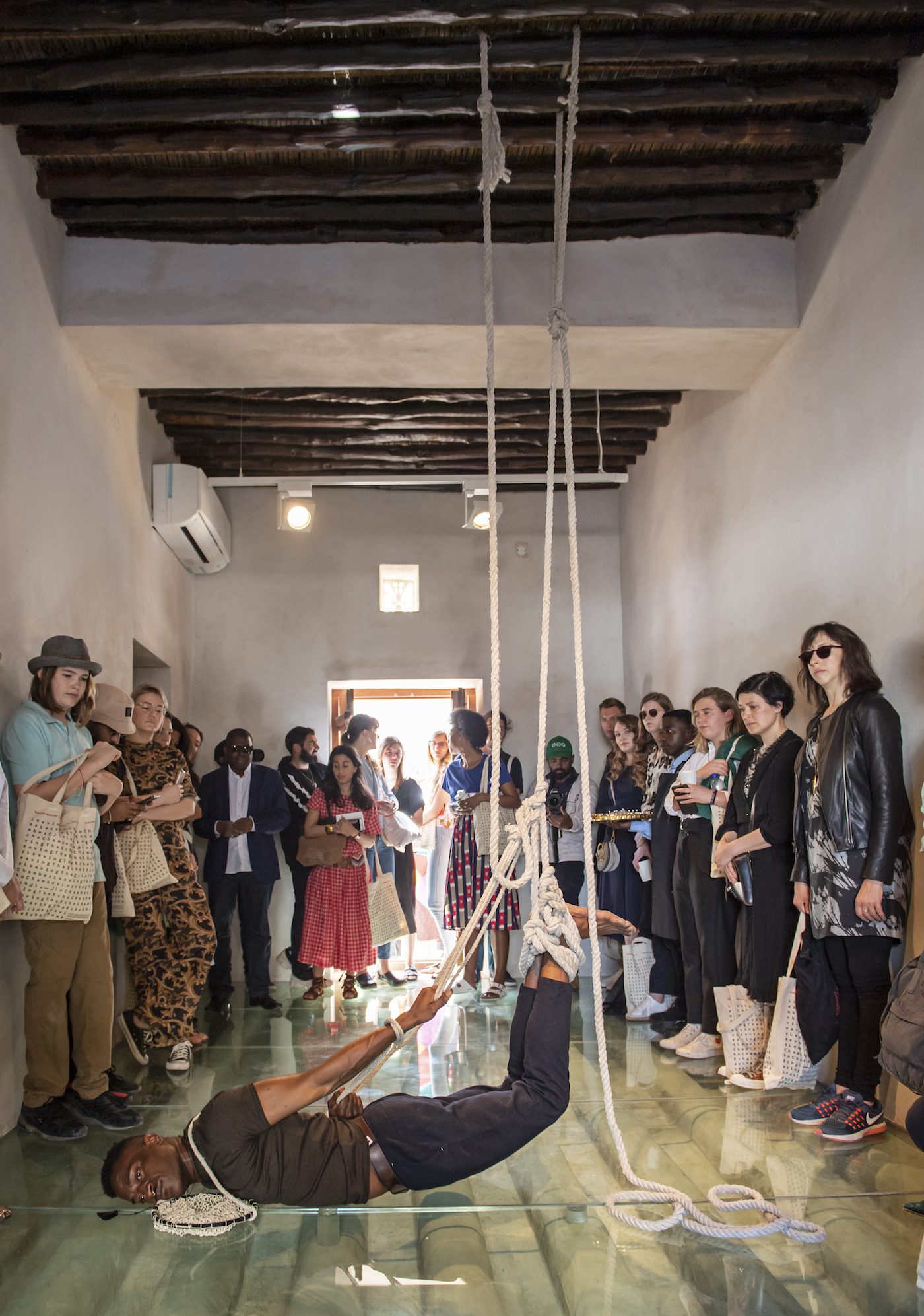 Addressing some of these issues at SB14 is Cuban artist Carlos Martiel whose performances and installations Sabor a Lágrimas and Eslabón explore the links between the slave trade in the Gulf region and industries such as pearl diving and fishing, whereby the artist embodies a worker of those trades.

Hisham Aidi focused on theorizing the “Afro-Arab Dilemma” by pointing at different factors including Hegel’s split of Africa into “European”, “land of Nile,” and “proper” and the role this played in establishing simplified perceptions of Africanness. The professor at the Institute of African Affairs at Columbia University also exposed the complexities of the subject by highlighting freedom movements of Black Iraqis who are largely the descendants of East African migrants or slaves whose presence in Iraq dates back to the ninth century. Other groups discussed included the Gnawa of Morocco whose specific ethnicity became legitimized via their music and culture becoming successful in the rest of the world.

Global Africa: African and African Diaspora Studies in the 21st Century took place 12-14 March 2019 at the Africa Institute in Sharjah, UAE; the Sharjah Biennial 14 was to experience from 7 March to  10 June 2019.