Despite having had limited cultural exchange, the continents of Africa and Oceania are connected via similar histories of colonialism. Several Aboriginal, Black, and Pacific Islands artists have been exploring aspects of these pasts in order to revive history, keep indigenous cultures alive, and imagine their own futures. The series Over the Radar is dedicated to them. Christopher Ulutupu is a New Zealand-based artist using fantastical setups to add more layers to the complexities of indigenous identities.

Contemporary And: Why is it important for you to retell pop culture from a decolonial perspective? And how does that fit into de/re/constructing colonial narratives?

Christopher Ulutupu: On the surface, the pop culture references are a layer within the works to help disrupt and attract the gaze of the audience. Meaning that it lures audiences in and reminds them that it staged and totally fiction. Fantasy is important in the reading. With Into the Arms of My Coloniser (2016) it is important that audiences know that this is my fantasy, my camera eye. In discussions about identity, I feel there is a fixation around finding where people are from. I find it more fruitful, personally, to ask what is it you desire?

C&: Could you tell me about the use of pop songs in your videos? The specific selection and variety, especially in Into the arms of my coloniser?

CU: These are all songs I listened to as an adolescent and songs that my family party to. Each song references a moment in my life. I am not really critical about pop culture and colonial narratives through song – it’s about adding more layers to the complexities of indigenous identities.

C&: Into the arms of my coloniser explores many aspects of growing up as a racialized body in white(-centric) countries. Could you tell me about the research behind it?

CU: The work was influenced by an article I had read in Cosmopolitan magazine about an African American journalist who discusses the trials and tribulations of dating a white guy in the US today. The tone of the article was very Fifty Shades of Grey-esque, as if it was one of the biggest taboos one could make – date outside of your race, even a colonizer.

C&: Remember 911 – The Party (2007) points at the cultural insensitivity or detachment of people from New Zealand in relation to the rest of the world. How does that translate with the indigenous populations – what role do they play?

CU: I don’t really know if indigeneity plays into this work except for the fact I am indigenous making it. People could argue that anything and everything created by brown people will intrinsically be linked to their experience of their identity. When making Remember 911 – The Party I was too young to really understand that interaction. Empathy (or a lack of) was the focus of the work, but at twenty years old I think I was trying to shock people, and felt I had to be more revolutionary at art school than I actually was. I don’t regret making that type of work, I just don’t know if I would make it now. 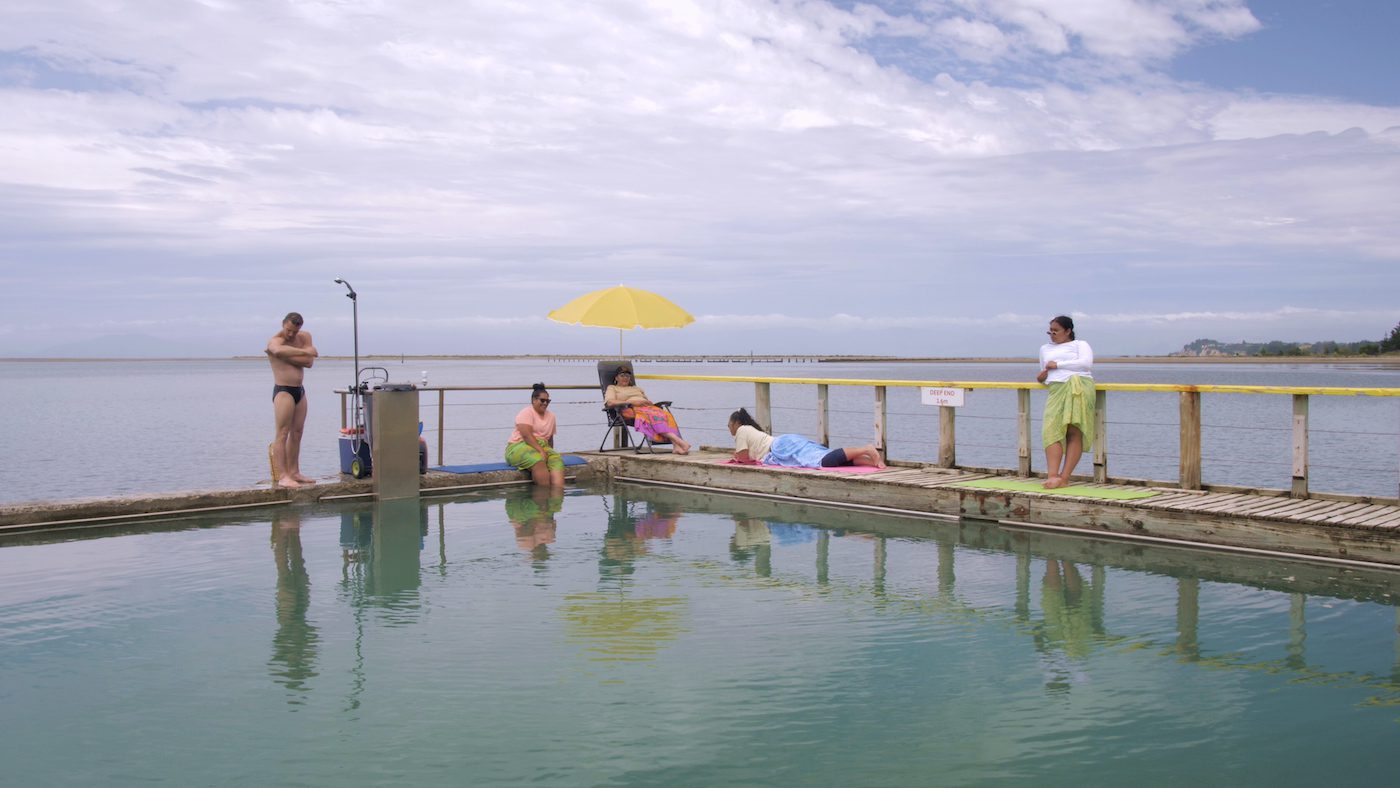 C&: How does your Samoan/Niuean/German background play into your critical way of working?

CU: I see each of these aspects of my identity as lenses that are interchangeable. They aren’t fixed either – they grow and shift with other lenses like my queerness and even my love of volleyball. They are random and significant and help me navigate the different communities I occupy.

C&: What parallels have you been able to draw between colonization in the Pacific and Africa (or elsewhere)? Is your thinking influenced by postcolonial artists and thinkers of African descent?

CU: I am a huge fanboy for writers and thinkers like Edouard Glissant, James Baldwin, and Fred Moten. I especially enjoy Glissant’s theory of a multiple origin and creolization, believing hybridization is still too fixed and that you have multiple selves that grow and change over time. You are never the same person at any specific time.

C&: At times you don’t fully translate everything into English. How important is opacity to you and your work?

CU: Accessibility is important to me, but I also believe that not everyone should have the same story. In Lelia (2018), the third part of the Romantic Picturesque, I translated some scenes and not others. I worked with my mother on that project and I asked her to share a moment of heartbreak she had experienced. The story itself was so intimate and personal that I didn’t want general audiences to have access to it. I wanted people to reach out to their Samoan peers to help frame the story, because they understand its nuances and cultural context. I hoped to protect my mother and her story, but still be able to share it.

C&: What are your upcoming projects?

CU: I am currently doing a shoot for a group show at Te Tuhi Gallery which involves revisiting a script I wrote in 2011 about a young singer and her two children at a talent show. These will be the first works for which I will work with a script, and I am very excited.

I am also currently working on a series based around my favorite karaoke song, New Kid in Town, which was presented at Cement Fondu Gallery in Sydney and Prophetic Visions in Wellington New Zealand this year. I am hoping to shoot and edit more works in this series for my upcoming shows at Gus Fisher Gallery in Auckland and The Dowse Gallery in Lower Hutt later this year.

Christopher Ulutupu, born in Porirua, raised in Nelson, is a video and performance artist who currently lives in Wellington, New Zealand.