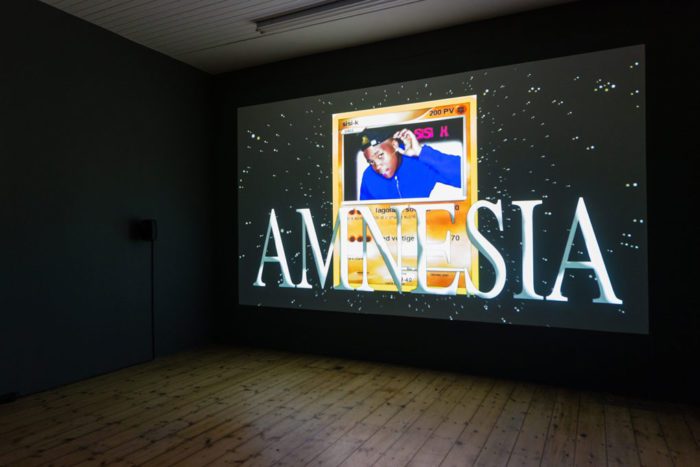 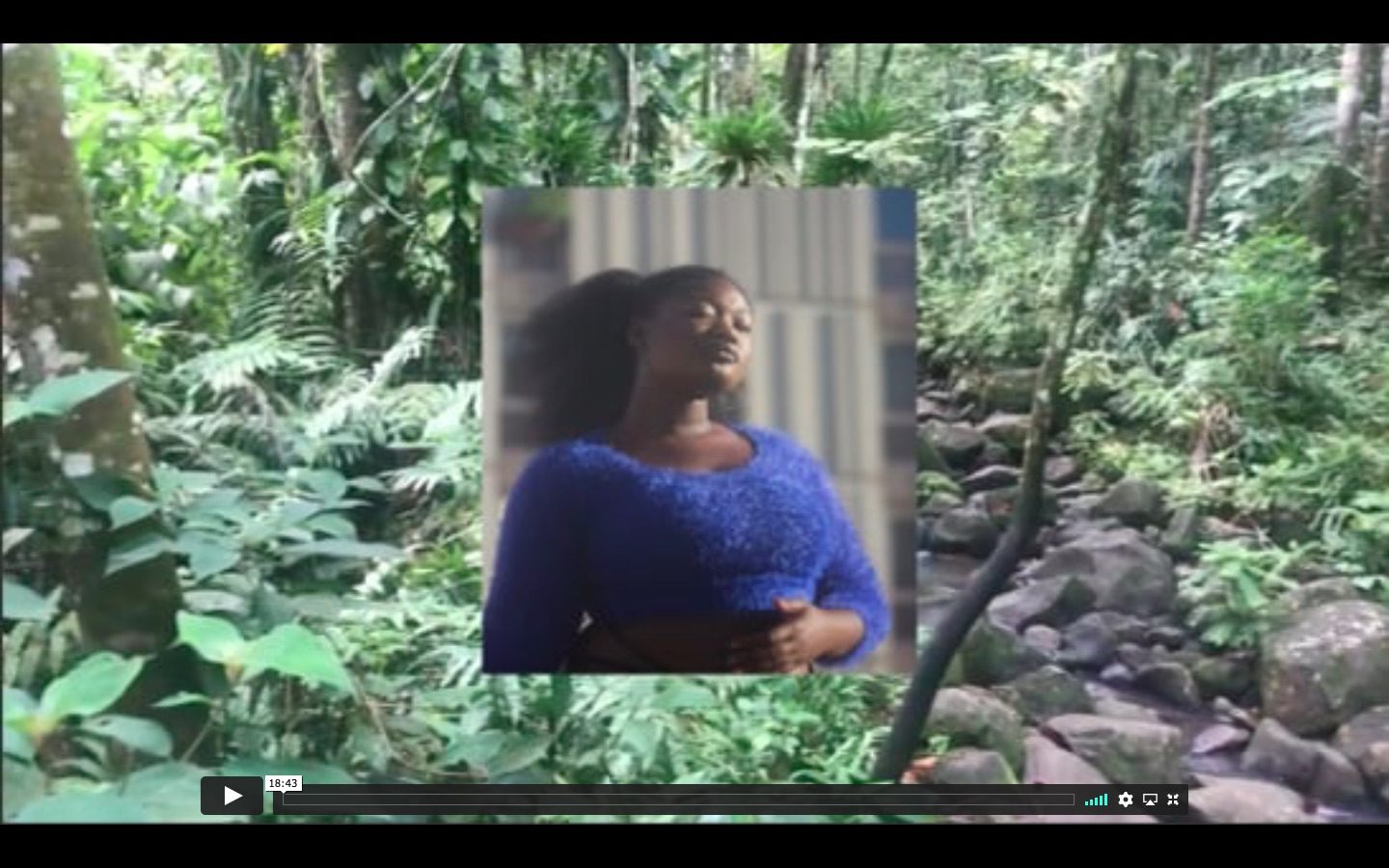 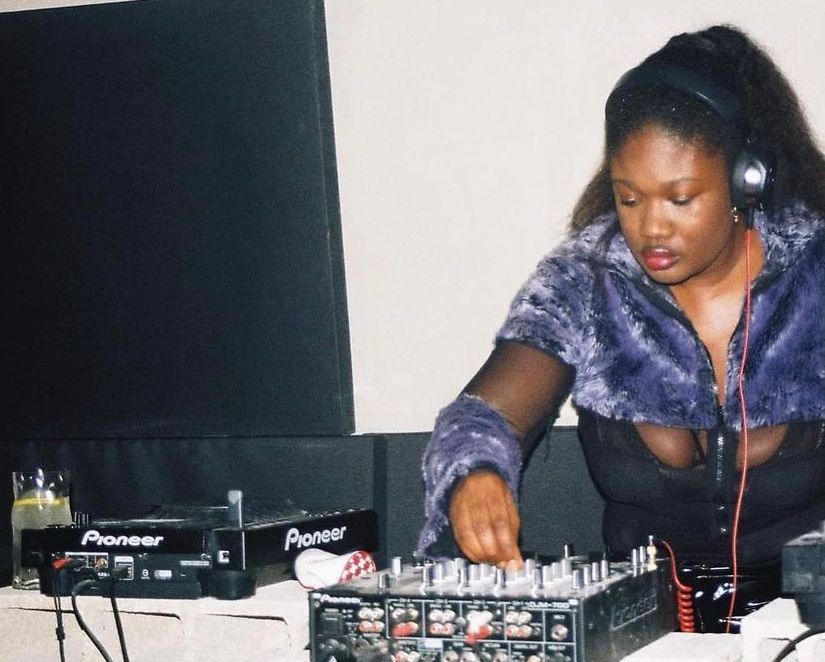 We speak with the Paris-based multidisciplinary artist and DJ about her practice of easing pain and cataloging as a means of maintaining dignity.

C&: Despite the ever-changing health regulations you played two club nights this past weekend. I wonder, what’s your relation to faith?

Christelle Oyiri: I was raised in a Christian family and was sent to Catholic school, where I faced a lot of criticism, racism, and misogyny – which completely drew me away from faith. As a teenager, I turned to critical theory as well as communist and anarchist literature. Not because I was interested in the social construct, but I was interested in materialism and rationality. As a Black person I had difficulties projecting myself into any kind of organized religion, especially monotheist religions, as they all have roots in slavery and anti-Blackness. But I am very interested in pre-colonial religion. Religious ritual and faith have played a big part in political struggle, for instance in Haiti during the revolution. Having faith is not necessarily linked to being naive or disregarding one’s critical-thinking skills.

C&: Speaking of critical thinking: you sampled Hortense Spillers in your track Flesh, while Interlude for the Dropouts features a speech about money and self-worth.

CO: Oh, this is my love for Public Enemy, my favorite band. Every chance I get I am trying to mimic their work. They have always included a lot of samples and speeches.

C&: What’s your relation to “the” or a Black canon? Perhaps also to a musical canon?

CO: Within the visual arts, the Black canon is still very much in the making. Music-wise, I would say it’s more established but it operates under the influence of classical categories: rap, soul, jazz. Techno and jazz are very close. And I would say my work is in between.

C&: Many of your video works draw on “hauntology,” a category of music that evokes cultural memory and aesthetics of the past. What’s your take on archiving?

CO: For the past five years I have been into grassroots and digital archiving. I consider myself lucky to be in a social condition that allows me to engage in what I understand as subversive and alternative history preservation.

Centuries ago, Black people kept their family histories alive by collecting personal belongings between pages – using the Bible as a private family archive. But many diasporic people are missing mundane stuff. For instance, there are no pictures of my mom as a kid, nor of my grandfather. Being everywhere, you lose stuff when you move. Cataloging and documenting their existence means maintaining their dignity. Today, folks who are not trained as archivists but want to see themselves reflected in spaces engage in numerous auto-archiving practices, for example on social media. Although these platforms being owned by big capital, it’s necessary to diversify the archiving of media.

C&: Aimé Césaire famously proposed the refusal of amnesia as a political strategy of decolonization. Does your work Collective Amnesia refer to this statement?

CO: Aimé Césaire describes the healing in rediscovering the little things that make up your identity but are lost in processes of assimilation and integration, or during the process of colonization. Collective Amnesiare discovers Logobi [an urban musical genre that emerged in the late 1980s in Côte d’Ivoire]. A lot of people had difficulties remembering that period of time, even if it was just a few years ago. Because it is not favorable to be loud in public spaces or to be so vocal with an Africanity that is not anchored in tradition but more … present.

C&: And in your recent work Kiss and Tell you rediscover Gwoka. Can we speak about music’s transcendental qualities?

CO: Gwoka is a traditional music of Guadeloupe, the Caribbean island. It is mainly centered around drumming and call and response. Gwoka emerged in the seventeenth century during the transatlantic slave trade. As drumming was forbidden by the Code Noir, the slaves used a vocal technique known as bulajel, which imitates the drums. Gwoka to me was a deep sonic experience, very much rooted in Guadeloupe’s plantations of coffee, banana, and sugar.

C&: You have described this work as an ode. How come you borrow this format from classical music?

CO: Yes, Kiss and Tell for me is softer than any of my previous works. It was a love letter and a poem before it was a piece of music. It features my voice and other people’s voices. Up until now, my work has been more instrumental. It is definitely more like classical music – you can’t really separate the tracks, you need to listen to it in one go. All at once.

C&: The protagonist of Collective Amnesia doesn’t speak, but the statement “Amnesia, my dearest. Maybe things are better left unsung” hovers over the screen. Do you propose oblivion as a healing practice?

CO: Amnesia is the loss of something. When amnesia happens, you are passive. Whereas oblivion is more active – it’s a distraction from what is happening. It is intended as a way out, intended forgetfulness.

C&: A sort of escapism that could perhaps be found in the nightclub?

CO: The core of my practice is easing people’s pain. As a DJ, I see myself as a healing figure. I want to invite people to escape a very complicated industrial-technological-capitalistic complex that presses on their bodies and their psyches. It’s important to realize that there is no direct link between club culture and escapism, as the club is obviously submitted to capitalistic logics. I think the importance of escapism cannot be underestimated, and needs to be understood better.

Sarah Johanna Theurer is a critical practitioner of techno-social techniques and theories. She works as a curator at Haus der Kunst in Munich and moonlights as a radio host for Portals on Cashmere Radio Berlin.

A multilayered experience of Immy Mali's Letters to my Childhood presented in six chapters.