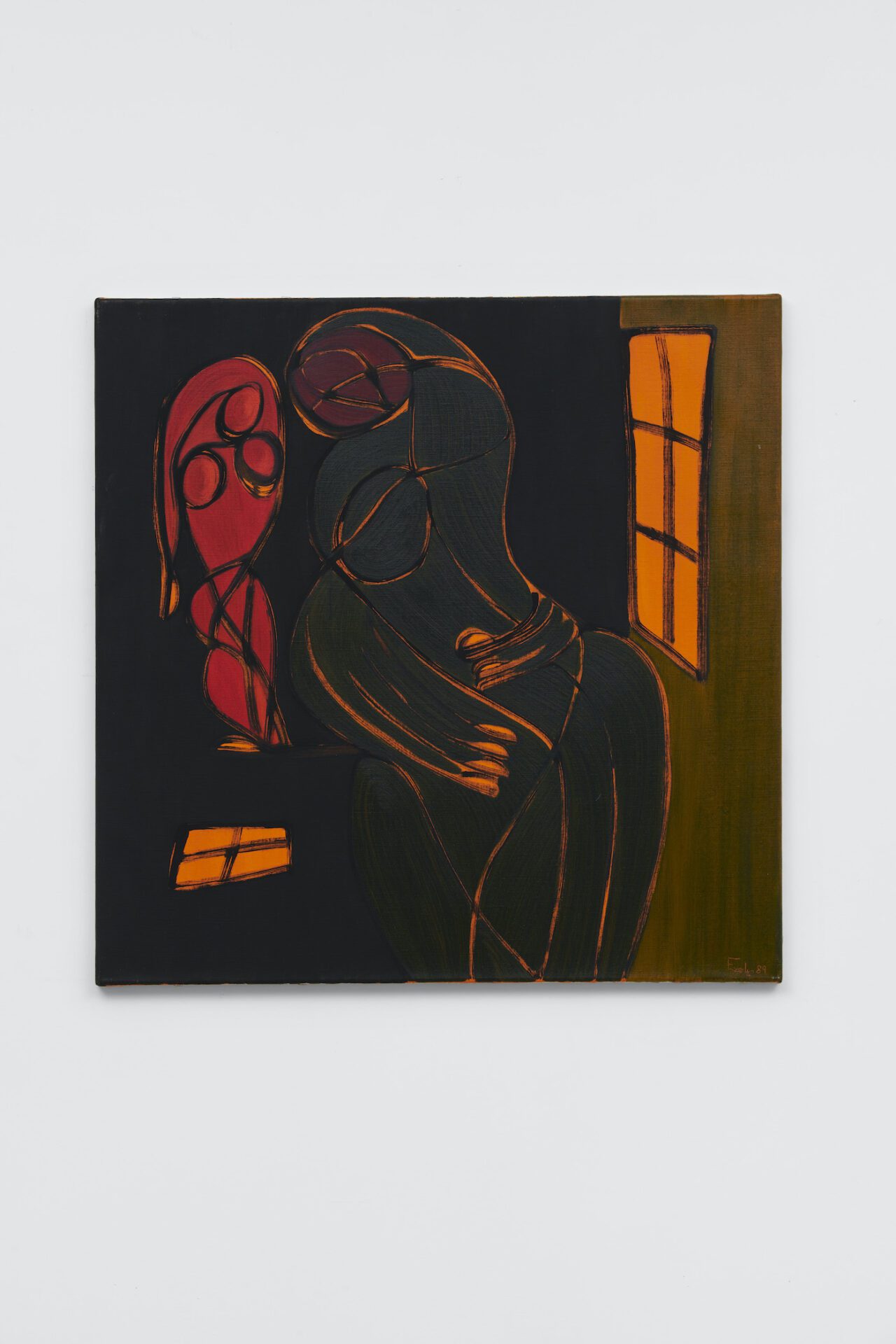 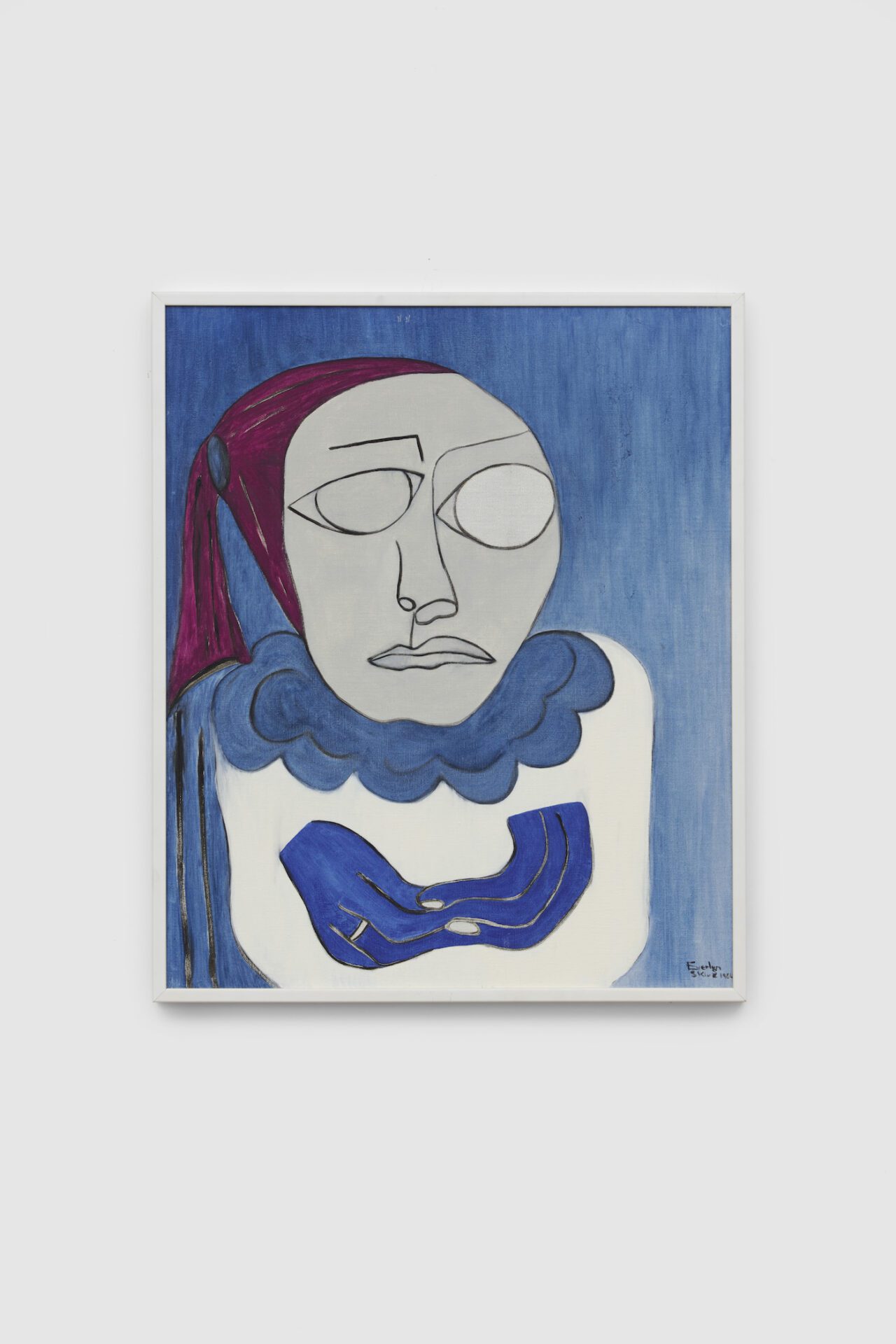 Awuor Onyango and Everlyn Nicodemus on Women and Strength

In a conversation between artists, our author Awuor Onyango speaks with Everlyn Nicodemus about her practice in relation to reclaiming freedom through the body, learning from oneself, and reshaping trauma.

Contemporary And: On your canvases, there’s a freedom to your lines where the borders and boundaries of bodies are reimagined almost to the point of being rendered imaginary, inviting the characters to either stand out or become part of their environments, giving them an interesting autonomy over their presence in the work. It also invites the viewer to participate in the image-making, to build their own image from your suggestions. I could be wrong about this, but it reminds me of the East African art tradition which was in its nature communal and interactive. What informs this depiction and understanding of form, this curvilinear economy?

Everlyn Nicodemus: There is indeed a freedom to the lines in my work where borders and boundaries are reimagined. After having a breakdown in Alsace, I embarked again on the decolonization of my mind and body. I refused to become a slave or serf to victimhood. So, in that sense, yes! My series Silent Strength is about FREEDOM. And where better to reclaim freedoms than with my own body? Free and unrestricted. Using my body and curves as a point of departure offered a new beginning. Does there exist in the animal kingdom a shapely, curved beauty more beautiful than a woman’s body?

I’m not sure, however, that I agree with your reference to an East African art tradition, as really a viewer’s participation in image-making is part of a global phenomenon rather than a particular region.

EN: The Silent Strength series is not about inspiration. I was not inspired in the traditional sense. They were made out of necessity. Everything that drives me is exactly what drives you.

C&: The autonomy and anonymity of the women in these paintings is interesting – they are present and yet unidentifiable, almost rendered invisible, like most Black women in written histories. Have your thoughts on silence and strength shifted since? If you could encounter your past self as she made these paintings, what lessons would you take from each other?

EN: I am always learning from myself. I look at the paintings I made thirty years ago and can encounter new things and new thoughts. Yet the issues facing many women today remain the same. There is a silent strength among us that is required in order to brave the struggles contemporary women are confronted with, especially women from minority communities who have been written out of history in so many ways.

C&: Who, if anyone, has modelled positive authority for you?

EN: There have been many who have kept me positive about humanity.

C&: Your art encounters and depicts various traumas and violence of the “unhoming” process. In a world where many have chosen to repeat the lessons they’ve learned, you chose to learn new lessons and seek out new ways despite (or is it because of?) the racism and cultural traumas of this “unhoming.” What would drive someone (you) to take on the work of naming, identifying, and reshaping these traumas instead of being shaped by them? And what advice would you give to those of us starting on the work of reimagining, reshaping, and re-writing what is possible?

EN: The work of naming, identifying, and reshaping traumas instead of being shaped by them is as old as humankind. Her name is LOVE and HOPE.

C&: There’s something about women in pairs, women as community, as vulnerable, as only strong when together, that vilifies the idea of woman as individual. This strikes me in some ways as particularly East African, this idea of the individual woman as pariah but a group of women as cultural workers and members of a society or community. While it takes some silences to be part of a society (is it possible to commune without silencing parts of ourselves for the greater good?) and strength to stand on your own as a pariah (can one carry all the tasks of community on their own shoulders?), is there a middle ground, one where being part of a society, community, or group (of women artists, for example) doesn’t render you invisible, unnamed, anonymous?

EN: Again, while I am interested in the history of modern African art, my work does not emerge out of an East African tradition. It deals with cultural traumas, suffering, and the healing power of art. This is universal.

Everlyn Nicodemus is an artist, writer and curator. Born in Kilimanjaro, Tanzania in 1954, Nicodemus’ life has been marked by movement: herself part of a moving diaspora which she documents in her writing and art making. Moving across Europe – to Sweden, France and Belgium before finally settling in the U.K. – her experience of racism and cultural trauma has prompted the creation of a unique body of work encompassing paintings, collaged ‘books’ and mixed-media assemblages as well as poems, using unusual materials to explore human experience, from metal nettings and sisal to textiles and found objects.