Still Work to be Done

The major art prize for UK-based artists is back and this year’s edition has Lubaina Himid and Hurvin Anderson as nominees. Our author Liese Van Der Watt visited the award’s exhibition in Hull to find a show that goes beyond entertainment

When in 1993 a councilor of the London Borough of Tower Hamlets dismissed Rachel Whiteread’s Turner Prize-winning House as “entertainment for the gallery-going classes of Hampstead,” he may have aired the frustrations of a community that needed parkland more than non-functional art. But he also implicitly flagged a question that has attended the Turner Prize ever since it was created: How can art be original and innovative without being obscure and removed? When is art politically engaged without being pedantic, literal or uninteresting? Is it possible for contemporary art to be both challenging and more inclusive?

Indeed, this year’s Turner exhibition seems to be engaging these questions more explicitly, and the result is a very different experience, a restrained and altogether more distilled affair. For one, after a decision to drop the age limit of 50, Lubaina Himid and Hurvin Anderson are both older. This has meant that past works are now allowed into an exhibition that typically fixated on recent art in its intention to, as the Turner Prize blurb puts it, “promote public debate around new developments in contemporary British art.”

And while Himid’s wonderful three-dimensional take on Hogarth in her A Fashionable Marriage from 1986 can hardly be described as a “new development in art,” the embroiled mess of Thatcher and Reagan that she parodies can easily be transposed to our present times, just like the cast of racialized characters that she has rehabilitated from the original Hogarth. Indeed, the longue durée view that the inclusion of this early work affords us seems extremely valuable in gaging the temperature of the times we live in, and to make us realize how little has changed. 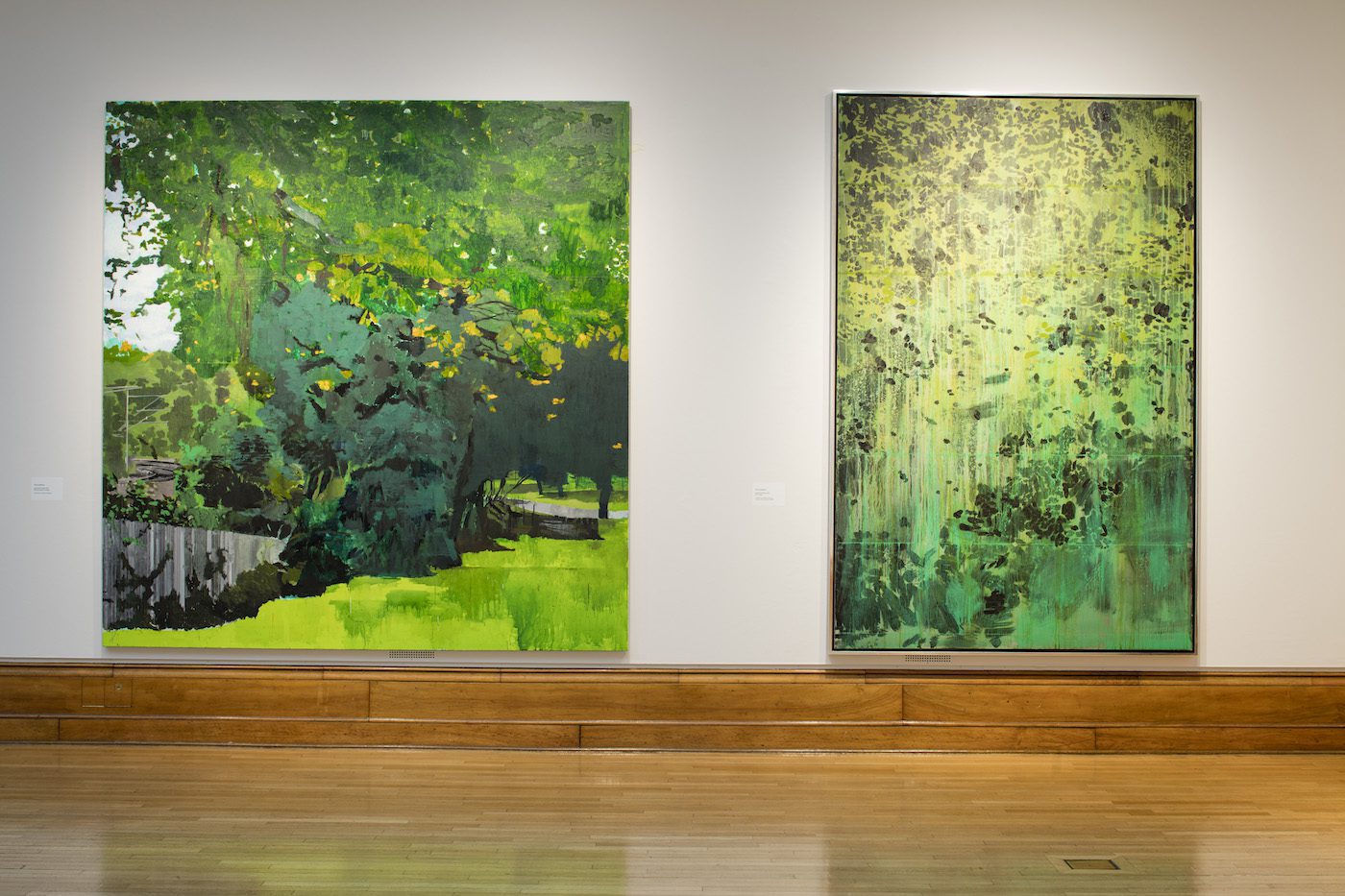 Secondly, the fact that all four nominees claim parentage from outside of Britain has made a big difference to the exhibition as a whole. Hurvin Anderson’s huge canvases of foliage and trees are at once familiar and overlaid by complicated memories of other places – Jamaica and Trinidad. Likewise, tangled memories are present in his stunning paintings of barbershops that are at once so recognizable from popular culture but, in Anderson’s hands, are also evocative of other more unknowable times and worlds. In a similar way, Rosalind Nashashibi’s film Electrical Gaza about Palestine, and even Andrea Büttner’s more conceptual work, especially the simple but exquisite woodcut of a veiled beggar with outstretched arms, ensure that the hermetic space of the gallery remain challenged. The sensitivity to other places and people make these entries so different from previous Turner Prize submissions.

Finally, in thinking why and how this Turner feels so unlike previous ones, it is worth reflecting on the fact that a Black woman, Lubaina Himid, may very well win. This is important because we live in a world where gender and race parities still need to be policed, and while the Turner seems to have moved towards greater gender equity in recent years in terms of nominees and jurors (despite only seven female winners), there is still work to be done where race is concerned. Apart from Chris Ofili and Steve McQueen who won in 1998 and 1999 respectively, there have been few Black nominees – Lynette Yiadom-Boakye in 2013, and Anderson and Himid this year. 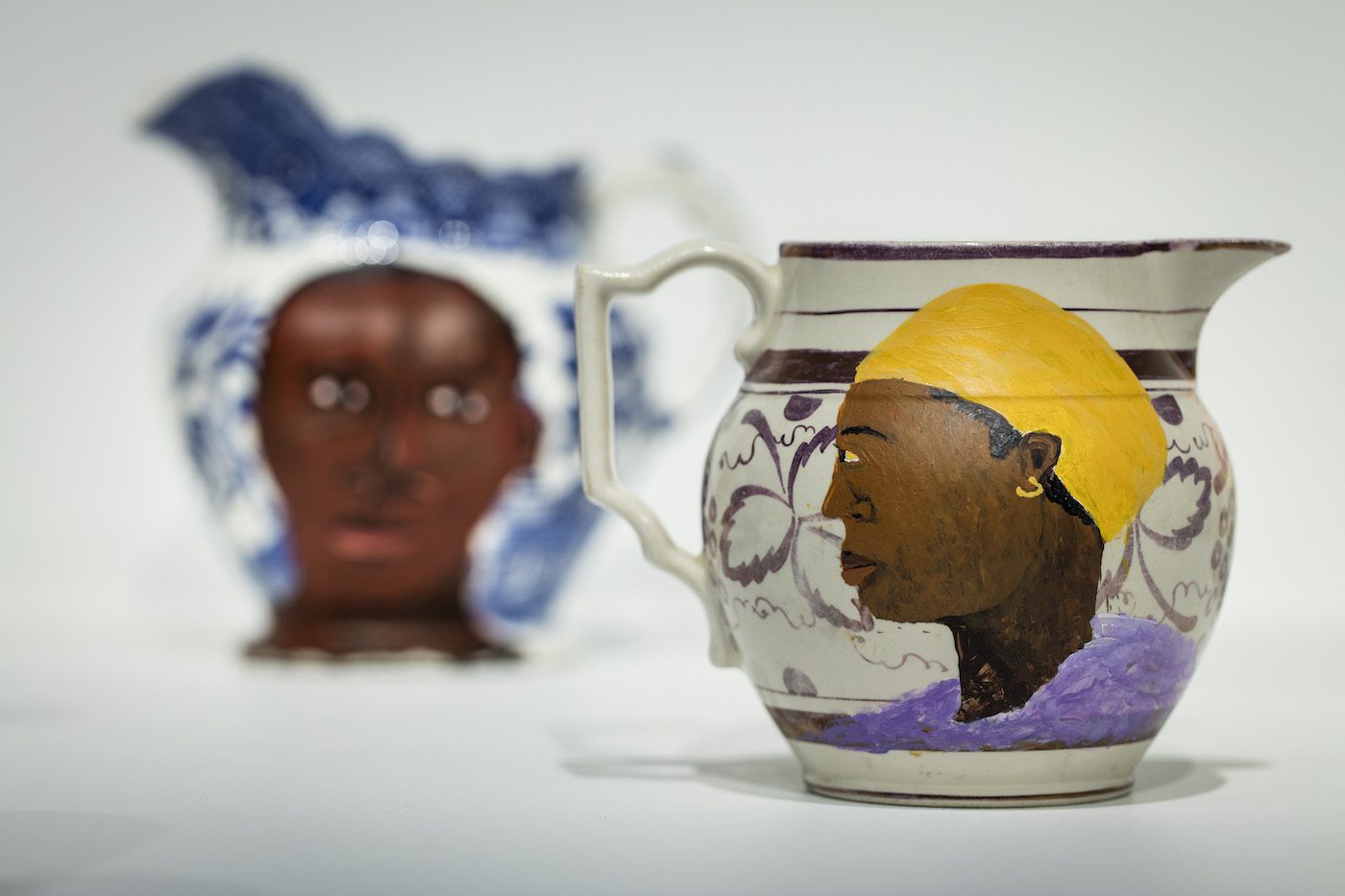 Lubaina Himid has dedicated much of her professional and curatorial life to making Black artists and specifically Black female artists more visible, but here in Hull she is very literally representing Black lives, by for example overpainting porcelain dinnerware with the images of slaves that would have been the ones using them to serve food, or by isolating racist stereotypes in newspaper clippings from the Guardian, or through her larger than life cut-outs of Black servants in A Fashionable Marriage. As Himid puts it: “I was trying to make places and spaces where we could see ourselves, but also where we could be seen.”