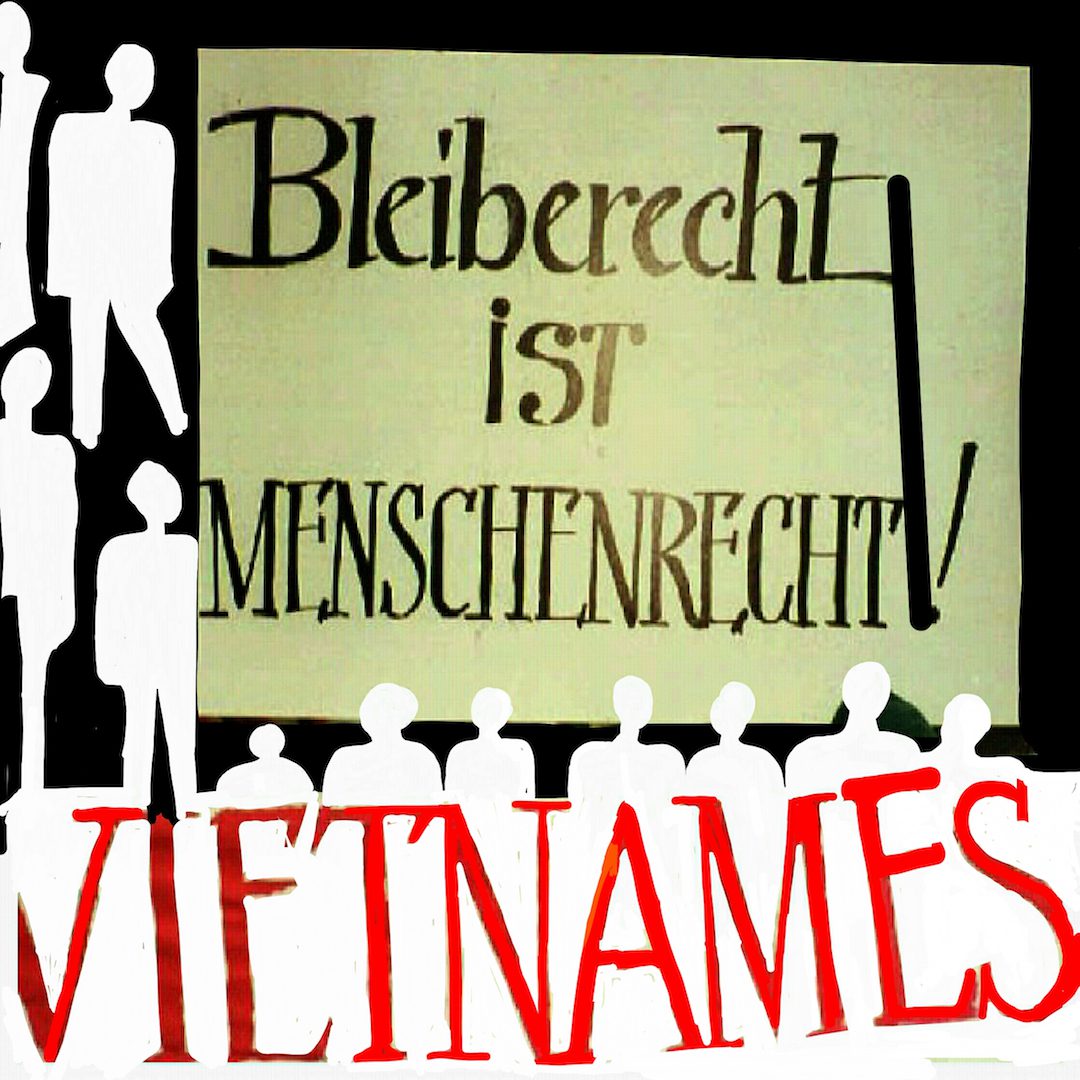 Claude Gomis. Poster of a Vietnamese contract worker protesting for Bleiberecht after rein cation. Courtesy of the artist
2/3
2/3 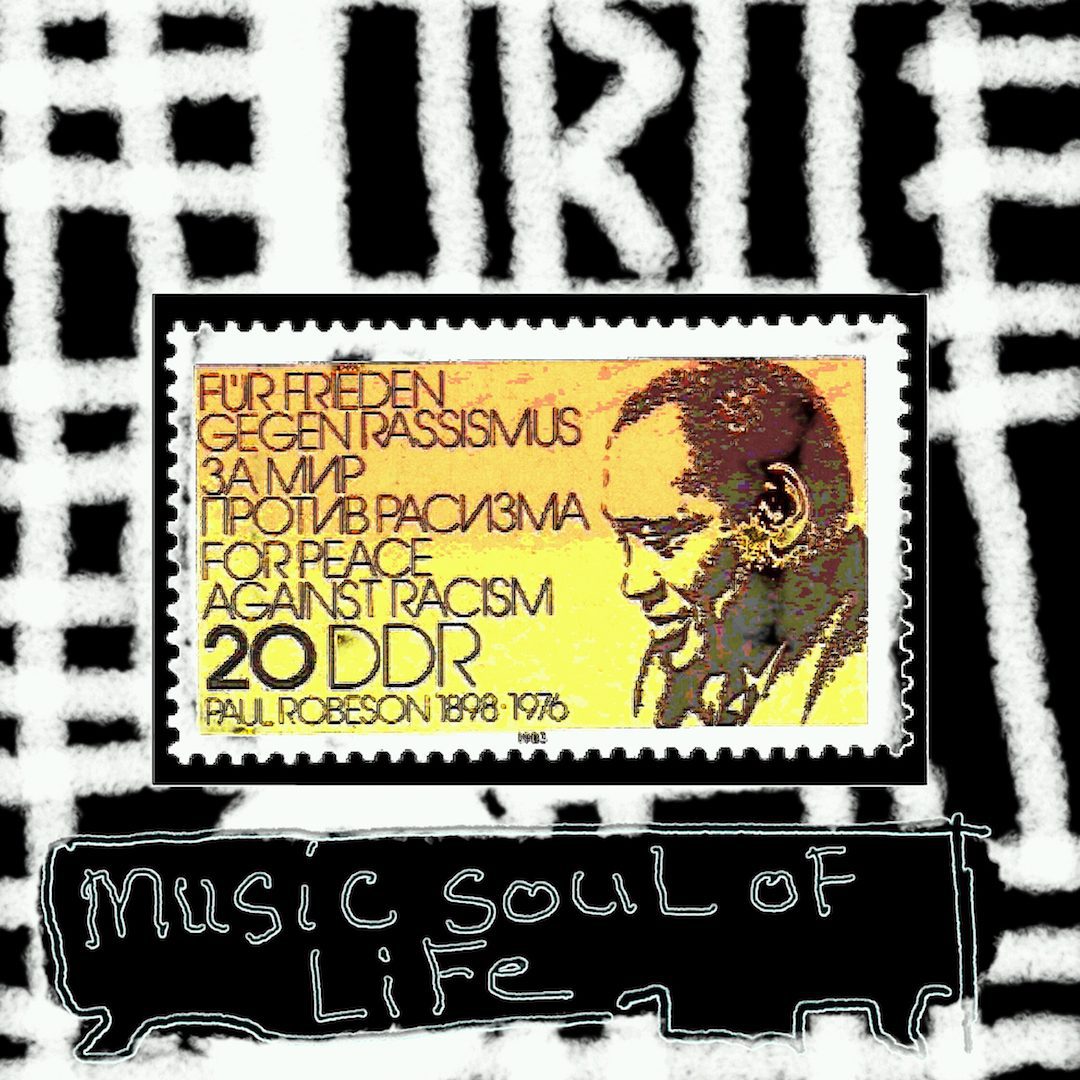 Using the Language of the Past to Reflect on Racism Today

The unfading legacies of Western racism is a paradigm Contemporary And continuously examines through the visual art lens. Art from African perspectives still doesn’t hold an equal footing on the global stage, despite favourable statistics and figures. This adds to a collective false sense of equality, and reinforces the trap of consensus in the art world. In this C& series we’ve compiled a selection of our articles that best dissect the innocuousness of racialized society. Here C&'s deputy editor Will Furtado spoke with Saskia Köbschall and Claude Gomis about their motivations for and responses to the project Laboratorium der Solidarität.

Referring to the title of this very same exhibition at the NGBK in Berlin, Laboratorium der Solidarität introduced here, our series focuses on solidarity movements. Because at this very moment we are experiencing an entire global movement calling for solidarity. In a time of uncertainty, people all over the world are prepared to act jointly. People are in solidarity against the Trump government. Against populism. Against racism. In solidarity for the preservation of the environment. In solidarity in the aftermath of terrorist attacks all over the world. This has inspired us at C& to take a closer look at important historic as well as present moments of people getting together to form solidarity movements, to fight for justice.

Bleiberecht ist Menschenrecht (residency is a human right) may strike many as a recent slogan of the Left. But in fact, it was already being chanted in the early 1990s when Vietnamese guest workers lost their right to live in (East) Germany after the Wall came down. This is just one of the connections drawn by the project Laboratorium der Solidarität (Solidarity Laboratory) in Berlin’s Marzahn-Hellersdorf district. Initiated by Dakar-born artist Claude Gomis and East Berlin-born curator Saskia Köbschall, it consists of an installation of images in the footbridges of a subway station in eastern Berlin representing the various solidarity movements in the East Germany (also known as the GDR). These included the Civil Rights and anti-Apartheid movements. Yet while East German authorities denounced racism across the world, they denied its existence at home. This paradox would come at a high cost and would later contribute to the rise in racism in the region and across Germany. Laboratorium der Solidarität focuses on language previously used to discuss racism to encourage self-reflective and critical methods of solidarity within the rapidly changing socio-political framework of the locality. Our author Will Furtado spoke with Claude Gomis and curator Saskia Köbschall about their motivations for and responses to the project.

Claude Gomis. poster of a Vietnamese contract worker protesting for Bleiberecht after reunification. Courtesy of the artist

Saskia Köbschall: We went to various places, such as flea markets, where they sell postage stamps, for instance.

Claude Gomis: We also asked people in the neighbourhood of the installation to contribute materials from their personal archives. Other topics, the GDR’s support of Sekou Touré for example, came from stories which I remembered from my childhood in Senegal. Some images were supplied by people such as the author Victor Grossman, who had lived and worked in the GDR.

SK: Victor Grossman left the US army and defected to the Soviets, fearing prosecution and up to 5 years in prison after his left-wing past was exposed. Eventually he was sent to the GDR and became very active in all the solidarity movements. So he has a lot of images of protests, many of which he took part in. He organized a protest for Leonard Peltier on Alexanderplatz in the late 1970s for example who is one of the US’ longest-held political prisoners and  is featured in one of the images of the installation.

WF: Before you started the project, what were your concerns?

SK: One of the things was how to deal with the hypocrisy that came of that movement.

CG: The GDR was supporting freedom movements in Africa and Cuba when their own people were being oppressed – they couldn’t even travel. As Africans, we were able to travel. They made us believe that everything would be all right and that they would help us and fund us. But before you help somebody else, you’ve got to help yourself. When the Wall fell down, there were no means to protect themselves, nor the African countries that were immediately left behind.

WF: Why did you choose that U-Bahn (subway) station?

SK: That’s where I’m from and NGBK [museum] is right next to it. We were interested in the kind of language they found in East Germany to talk against racism, which remains very unique. You don’t find that kind of straightforward language for talking about racism anymore. It is very difficult in Germany to even say the word racism without making people anxious. In East Germany there was some discussion about it, they talked about colonialism and racism as something that needed to be overcome, which really impressed me because I didn’t know about that part of history. So the language was there, and there were these discussions, and we wanted to go back to that.

WF: Despite the promotion of solidarity, there were also racist incidents in the GDR. How did they handle that?

SK: That was never really talked about in the newspapers or in school or anywhere. For example, this journalist was telling us how he was trying to talk about these kind of incidents, but it never got published anywhere. And there are people like Peggy Piesche, a [Black East German] scholar who lived through that period and wrote about solidarity movements from her own point of view. But she found it very frustrating that she couldn’t talk about her own experience with it in East Germany; it was always about the outside. And I still feel like that is a problem. I think that people are very quick to acknowledge police violence and racism in the US for example, and side with African Americans, but at the same time they struggle to acknowledge that there is anything like that in Germany too.

WF: What have been the reactions from people so far?

SK: Actually, a lot of the people who live there know all the stories and all the people represented in the installation.

CG: Most of those are older people and educated people. It is so funny. When we were installing it, a student from Ethiopia who passed by also knew all the stories. I was shocked.

SK: The last time I was there, I got into a conversation with an older man who really knew almost every single person.

CG: We found many more figures in our research but we didn’t have the space to show them all.

SK: People in the GDR were very aware of all the anti-racist, anti-colonial struggles going on in the world. And the other day, this man walked past the installation and said, “Why are you doing an installation like this anyway? Nobody cares about solidarity anymore. Everybody just cares about themselves nowadays, since the wall came down.”

WF: How did eastern Germany go from promoting solidarity to burning down refugee shelters in 1992?

SK: I think that is part of this hypocrisy. To begin with, I think one of the problems is that they were fighting for someone else’s freedom all that time and then suddenly they found themselves in a very marginalized position after the fall of the Wall. And at the same time, suddenly there was no political pressure not to say anything racist. And so suddenly the regime was gone, but the sentiments had been there all along. After all the GDR took over after Hitler’s regime, one of the most racist regimes in history. Obviously, that issue was always there, just not talked about properly.

CG: And the sad part is after the Wall fell, most of the Vietnamese refugees were deported.

SK: And the ones who stayed, did so illegally, overnight.

CG: Some of the older people still don’t have papers here in Germany.

WF: How did you deal with Ostalgie?

SK: This project is not even supposed to be about the past. We decided to do this project because racism and violence are a problem in Marzahn-Hellersdorf and increasingly across Germany as a whole.

CG: It’s about connecting the past and the present.

SK: These issues have never been talked about enough and that’s maybe why there are so many Neo-Nazis. But, on the other hand, if you ask the people who run the shelters there, they also receive a lot of support. There’s two sides to it, even if you hear mostly negative news about Marzahn-Hellersdorf, which I didn’t want to perpetuate with this project. You have to talk about it because the neighborhood is changing. More and more people are moving there, not just the refugees but other people of color  too, because rents are getting so expensive in Berlin. This is something that has to be talked about and has to be dealt with before it’s too late.