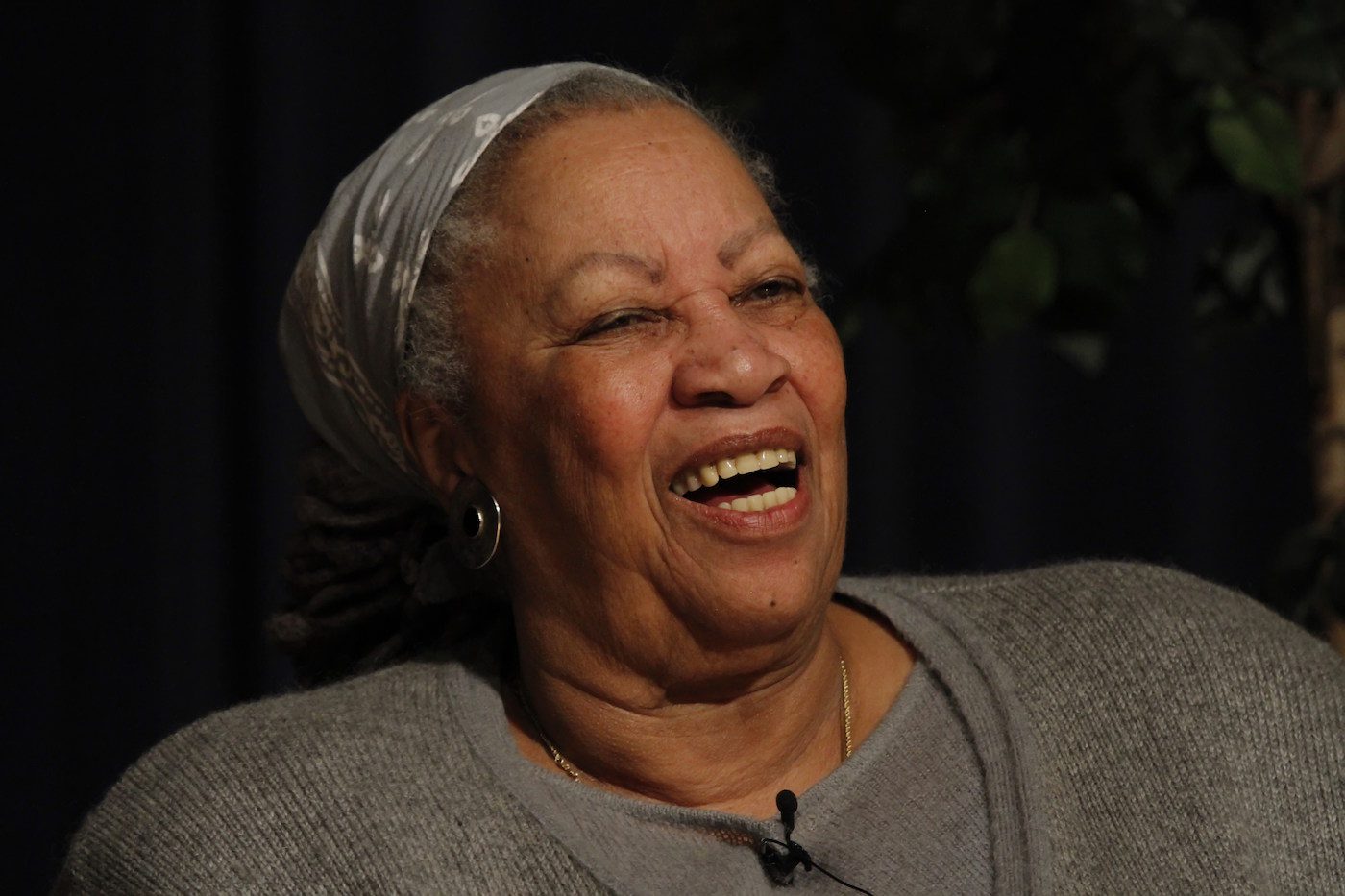 Her words are like a second mother-tongue — she taught us a new way of speaking through the multitude of Black perspective, writes Karina Griffith about our beloved Toni Morrisson.

Everybody remembers reading their first Toni Morrison novel. The experience is so intimate and visceral that one can physically feel the world pivot around her particular telling of Blackness. One of Morrison’s greatest contributions to Black art and American historical fiction is her expression of our specificities through language. The nomenclature, dialects and modes of speaking that Morrison creates to express Black complexities are unforgettable. We use her own words to eulogize her, because who could say it better? In sharing Instagram-ready quotes, we try to replicate the moments of being wrapped up in a turn of her phrase, embraced in the knitting of Black-centered logic and lyric. Her words are like a second mother-tongue — she taught us a new way of speaking through the multitude of Black perspective.

Reading Morrison on writing is an encyclopedic experience. How many texts could bear the epitaph of the famous quote from her 1981 speech, spurring us to write the stories that we want to read? She taught us by example, showing us how to go deep when writing about Black families. In her personal life and also on the page, she was a champion for single motherhood. Morrison wrote about all types of families whose varied intersections go far beyond class and race. The details she shares and creates speak to our own specificities – the privilege of complexity seldom afforded the Black subject in white spaces. Morrison is so familiar because she wrote about families in the most naked way. Pecola’s heartbreaking precarity in The Bluest Eye (1970), Sethe’s ultimate sacrifice in Beloved (1987), Milkman’s listless but persistent longing for truth in Song of Solomon (1977) … The intricacies of Black mental health, so often fatally overlooked in the hands of institutions suffering from structural racism, get careful attention in Morrison’s novels. Her words initiate and intimate relationship with her readers, such that each of us feels we have a personal connection to not just the places and people in her stories, but also to her. In our grief, we adopt Morrison as honorary “auntie” or “grandmother,” and just as at the funerals of our own family members, we learn so much about Toni Morrison in and after her passing. Each of us delves into these details as we mourn the language of Morrison. For not only is Morrison scintillating on the page, the woman gives good interview. We are blessed with footage of her not just answering questions, but analyzing them. Then there was the time we saw her calling out the racism of a journalist’s question (in the now-viral interview from 1998 where Jana Wendt asks Morrison when she will focus on white characters). One has to pause and imagine the fire burning inside the then recent Nobel Laureate to appreciate the magnitude of her grace, intellect, and composure in that moment and many others like it. In our grief, we hold onto these testimonies of Morrison’s immeasurable contribution, because we too have a fire inside and unlike anyone before her, she speaks breath into our flames, and encourages us to unleash it on the page.

Toni Morrison was born in the United States of America as Chloe Anthony Wofford Morrison on February 18, 1931. The essayist, novelist, editor and professor emeritus at Princeton University gained the nickname “Toni” while studying at Howard University (from her baptismal saint, Anthony). After graduation and earning her Masters at Cornell University, Morrison returned to Howard to teach. Later, as the first Black female editor for Random House (a position she held from 1967 to 1983), she brought literary works such as the autobiographies of Angela Davis and Mohammed Ali into fruition. Her first novel, The Bluest Eye, set in her birthplace of Lorain, Ohio, was published in 1970 and won the U.S. National Book Critics Circle Award. In 1988 Morrison won the Pulitzer Prize for Beloved and in 1993 the Nobel Prize for Literature. Morrison passed away on August 5, 2019 at the age of 88 in New York.

Karina Griffith is an artist, curator, and researcher living in Berlin.