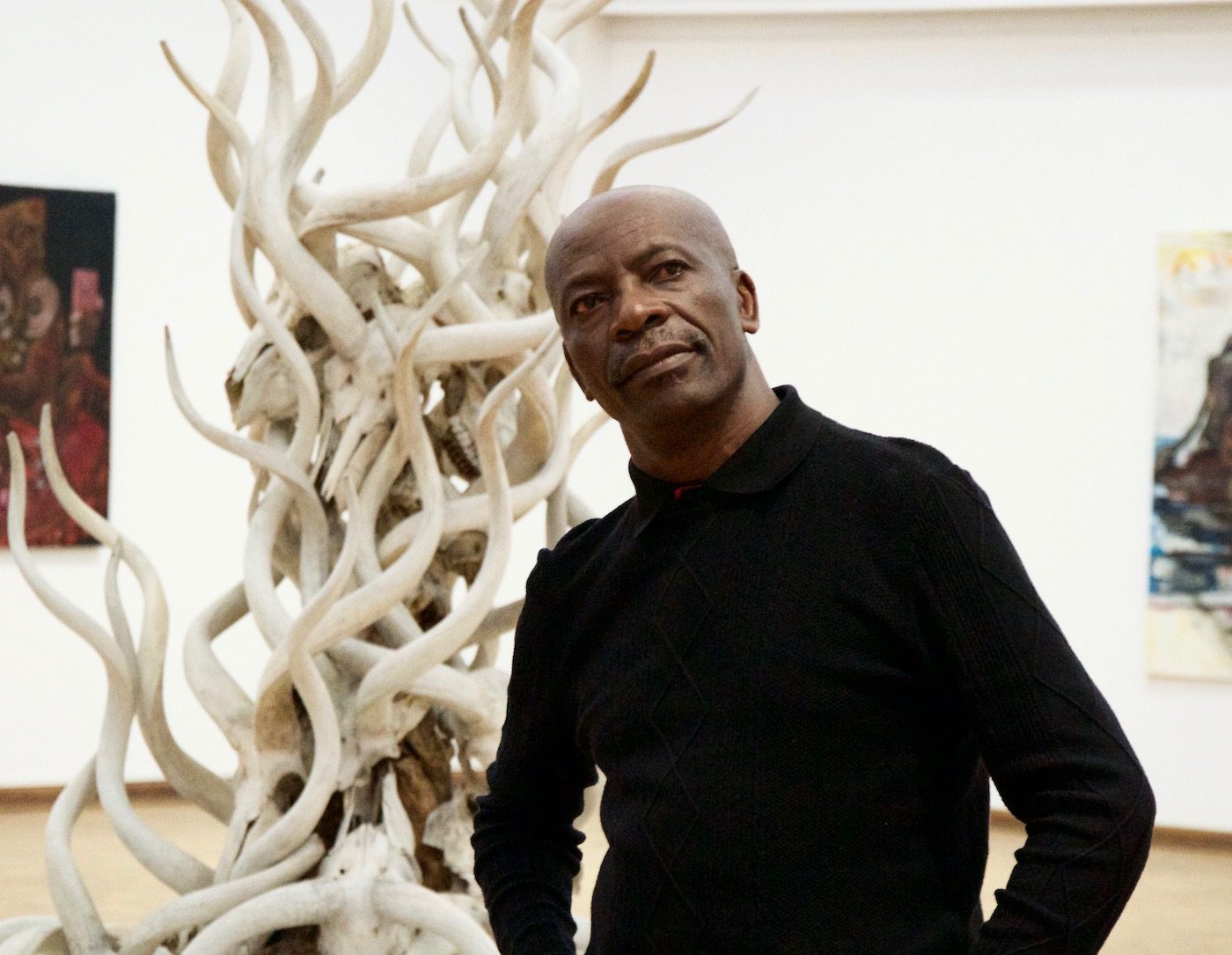 The National Gallery of Zimbabwe announced today the appointment of Raphael Chikukwa as the Executive Director with effect from 9 September 2020.

From 2010 to date Raphael Chikukwa has served the National Gallery of Zimbabwe as Chief Curator and Deputy Director. The Board of Trustees announced today, that he is since beginning of September in charge of his new position as Executive Director.

With regards to Chikukwa’s appointment, Dr. Solomon Guramatunhu, the Chairman of the National Gallery of Zimbabwe’s Board of Trustees stated that the decision was unanimous across the board, with Chikukwa being the perfect candidate for the job as he traverses the dynamics of the Art Profession on a local, Regional and Global practice.

Chikukwa is a Chevening Scholar who holds an MA in Curating Contemporary Design from Kingston University London. He received a Postgraduate Diploma from Wits Business School, South Africa in 1997 and accomplished a Certificate in Fine Art from Harare Art Centre in 1987. With over 25 years in Arts and Culture Management, Mr. Chikukwa has become a Globally lauded Curator and Arts Professional, with groundbreaking exhibitions such as African Voices(2017), Kabbo ka Muwala (2016), an exhibition that traveled between Harare, Kampala and Bremen, Visionary Africa; Art at Work, co-curated with Simon Njami (2012). He also co-curated The Basket Case II with Christine Eyene.

Chikukwa has founded the Regional Curatorial Workshop, the National Gallery of Zimbabwe’s Harare Conversations, he has served as curator for the Harare International Festival of the Arts’ (HIFA) Visual Art programmes and exhibitions since 1999 and founded the reinitiated International Conference on African Cultures with Doreen Sibanda. Chikukwa serves in mentorship capacities to the new crop of young African curators through Independent Curators International (ICI)

Chikukwa served as an Independent Curator prior to his initiation into the Gallery working on projects such as the 2nd Johannesburg Biennale, which was his induction on the Global Art scene under the guidance of the late super curator Okwui Enwezor; Puma’s Creative African Network, he curated Visions of Zimbabwe at Manchester Art Museum, as well as the Commonwealth Exhibition entitled Lime Transmission at the same institution in 2002. He was Curator in Residence at the Kunsthaus Centre d’Art Pasquart Switzerland in 2001. Chikukwa is the proponent of the Pavilion of Zimbabwe at La Biennale di Venezia and has curated all five exhibitions at this grand stage.

Chikukwa has served as a juror for DAAD (The German Academic Exchange Service) Dakar Biennale, Heinriche Gross Award, Highline Plinth and the Victor Pinchuk Foundation’s Future Generation Award. He has been a panelist at both Art Basel and Art Basel Miami; Parasite Hong Kong and the former Johannesburg Art Fair.

Chikukwa has contributed to a number of publications such as Mawonero: Insights on Zimbabwean Art, SAVVY Contemporary and Five Bhobh: Painting at the End of an Era. He was the Secretary of the Arts Council of African Studies Association (ACASA).

Mr. Chikukwa takes the helm in transition from Acting Executive Directorial capacities, a period that has been mired by the COVID-19 pandemic, transforming the Gallery into a digitally connected hub of activity in the new order.

The Board of Trustees expresses confidence in his faculties to steer the National Gallery of Zimbabwe into the future.

C& spoke to the Executive Director about his new position and the digital platform he created and will publish the conversation soon!