In Conversation with Iman Issa

Probing the Possibilities of Labeling

In Iman Issa’s installation Heritage Studies, the artist uses sculptures and text and presents them as studies for remakes of historical artifacts, based on their relevance nowadays. Our author Gauthier Lesturgie met the artist to discuss investigating the past with the idea of a practical end to the present

Gauthier Lesturgie: You referred to Heritage Studies as “displays” constituted of various elements, notably sculptural objects and their labels whose interrelations might remain quite obscure for the viewers. Could you tell us more about the genesis of this project?

Iman Issa: Heritage Studies is an ongoing project that started in 2015. It is presented as studies for remakes of historical artifacts, based on their relevance to the present. That said, every single thing I made looked nothing like the original from which I started. Thus came the proposition that you can have two different objects that share neither material nor shape nor color nor dimensions with each other, but you can still speak of them as the same object with the claim being that they are saying or doing something similar. 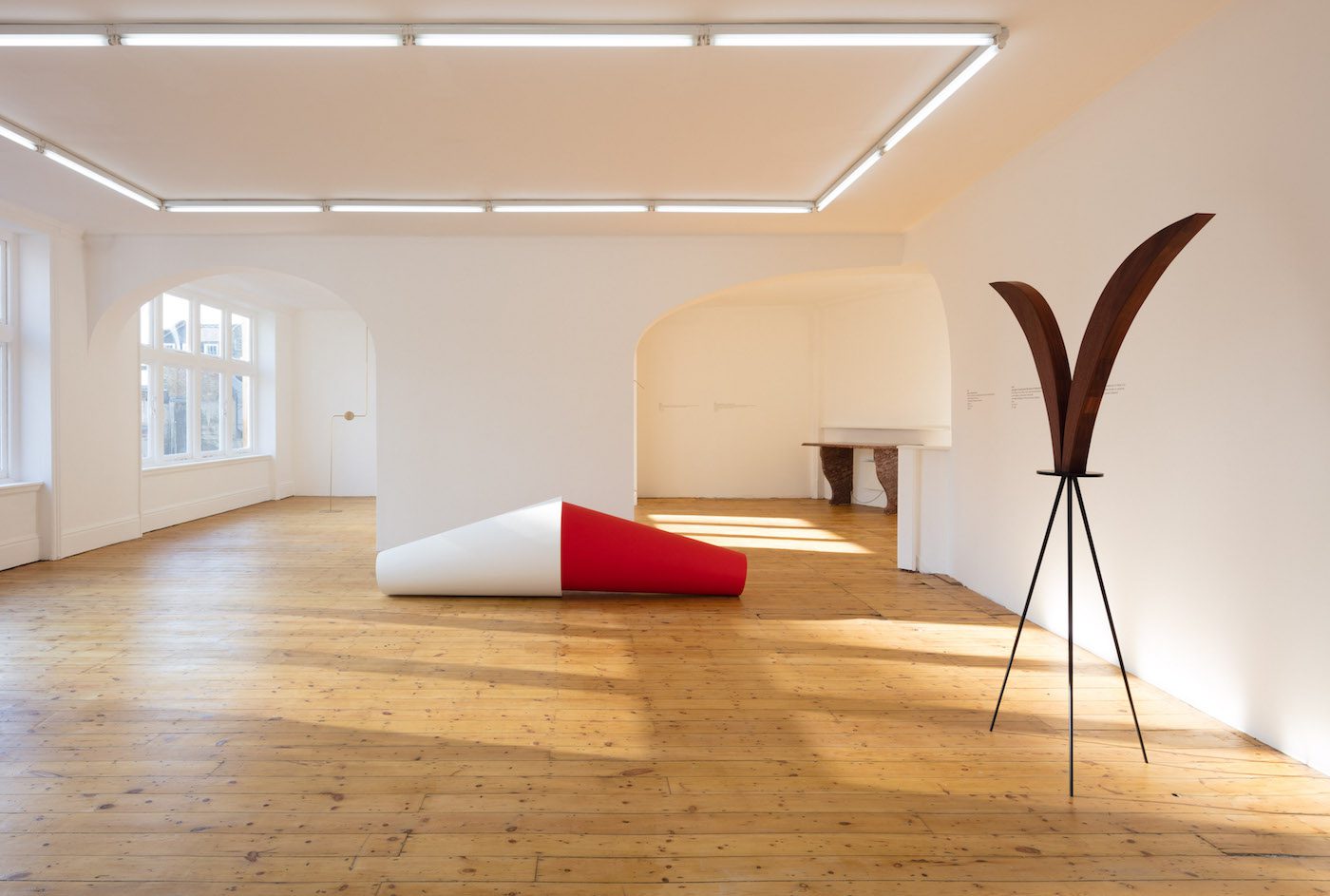 GL: These textual parts appear to be more than habitual labels. It makes me think of the act of naming within the discipline of archeology, which is a rather relative and authoritative act as it changes the perception we have of an artifact, its definition. Could you tell us more about your use of these captions?

II: Yes, it is important to note that the work is not the object. The text is as much a part of the work as the object is, and one without the other would not constitute the work. I think of the object and text as collaborators, trying together to evoke something which itself might not be physically present in the space.

I should also add that in constructing these museological displays, I don’t see myself as critiquing the languages of display but rather testing what they might be capable of doing. I know it is not always a clear-cut division, but I think of critique as proceeding from an understanding of the mechanism you are referencing and a deconstruction of that mechanism. Whereas, for me, it is more about discovering what that mechanism might be able to do in the hope of figuring other things out.

GL: I think of these captions as some kind of pastiches, mimicking standard museology. Is their content taken from existing captions?

II: I write them in my own language, including only the information and words that I think are relevant to how they are meant to communicate in the present. The captions are a means of naming the objects, in the way captions tend to be, but they are doing so based on this idea of relevance to the present. This means that some of the captions include more specific information than others, such as the location of an object or the name of a dynasty or figure. The decision of whether to include this information or not is based on what I identify to be its relevance to how these objects are speaking. 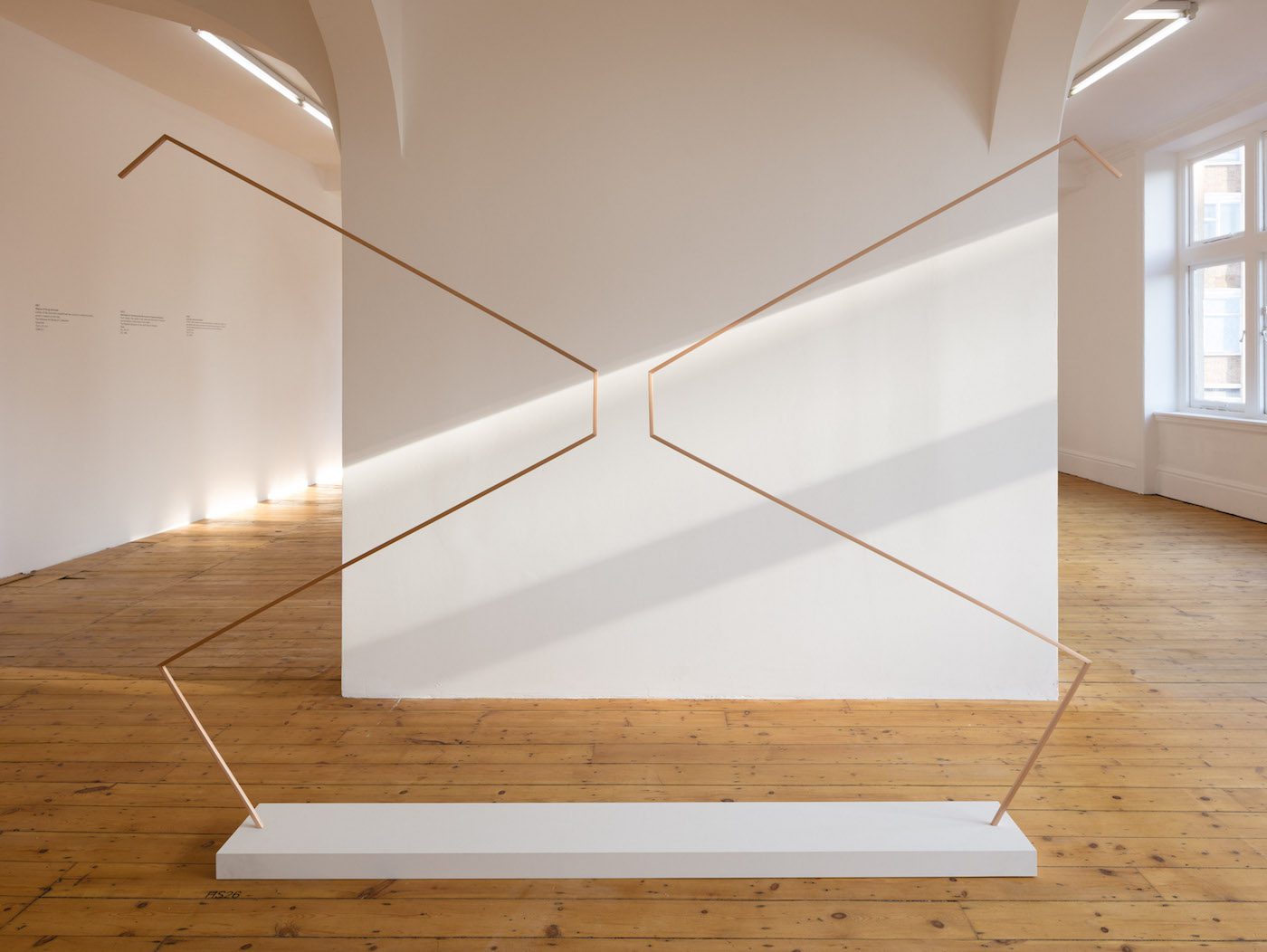 GL: As for the wording you borrow from museological standards, I wonder if your  »perfect » sculptures somehow quote the aesthetic of self-referential sculptures which could be seen nowadays as generic contemporary sculptures?

II: Yes, this legacy is something for me to consider. It is important to note, though, that there is a difference between copying a form and happening upon a form that might look like an already existing one. I’m certainly not looking at or copying the forms of American Minimalism and Abstraction, but in being faithful to the questions and processes I’m dealing with, I’m happening upon forms that look like them. This to me is an interesting occurrence which has driven me to investigate this legacy, but I never look to it for inspiration and have no interest in repurposing it. This repurposing is an unintentional and possibly generative side effect of doing this work that I might very well revisit in the future, but it is not what I’m aiming at when making the works.

GL: The term “studies” has a double meaning in your title. Could you tell us more about the notion of heritage and your interest in the discipline, namely heritage studies?

II: Yes, I like the term  »heritage studies » not because it has anything to do with my heritage, but because heritage studies as a field is an investigation of the past with the idea of a practical end to the present, whether that be a change to preservation laws, or to assert that a culture existed in order to frame a demand for the present, or for other reasons. I used the term because I like appealing to this idea of a functional return. I like that these objects I’m making could be active actors in the present, with of course the driving question being,  »what can or might they be doing? »