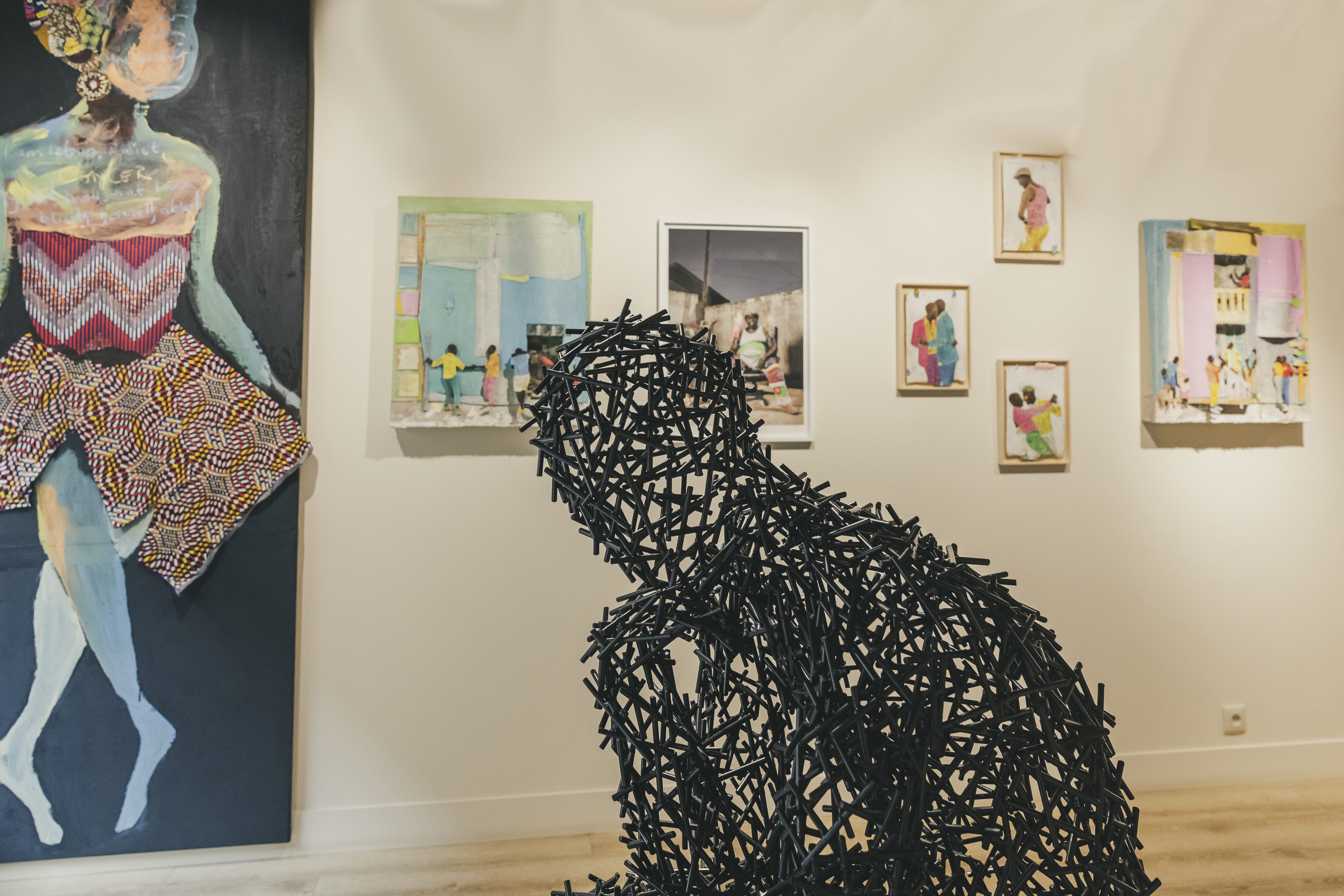 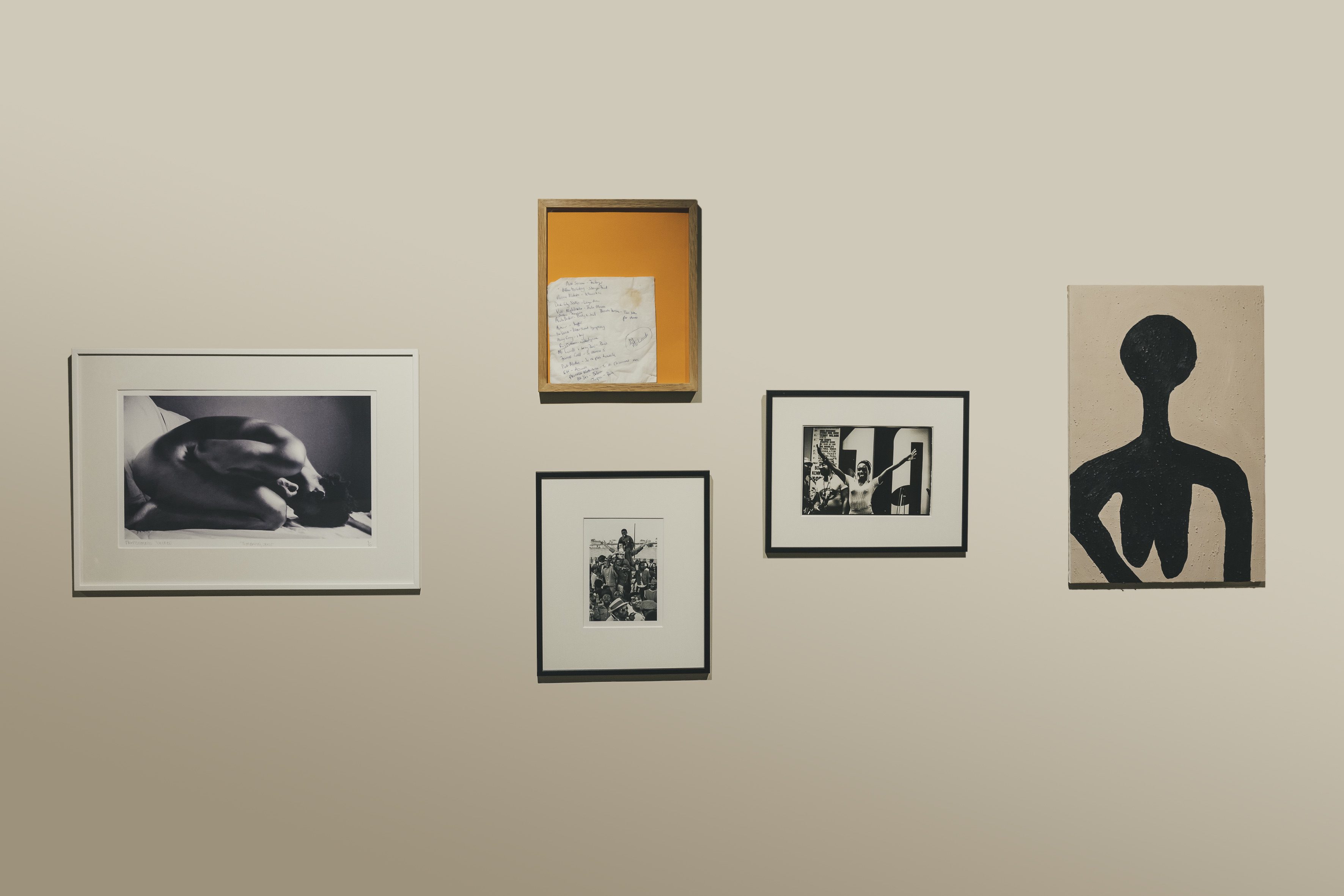 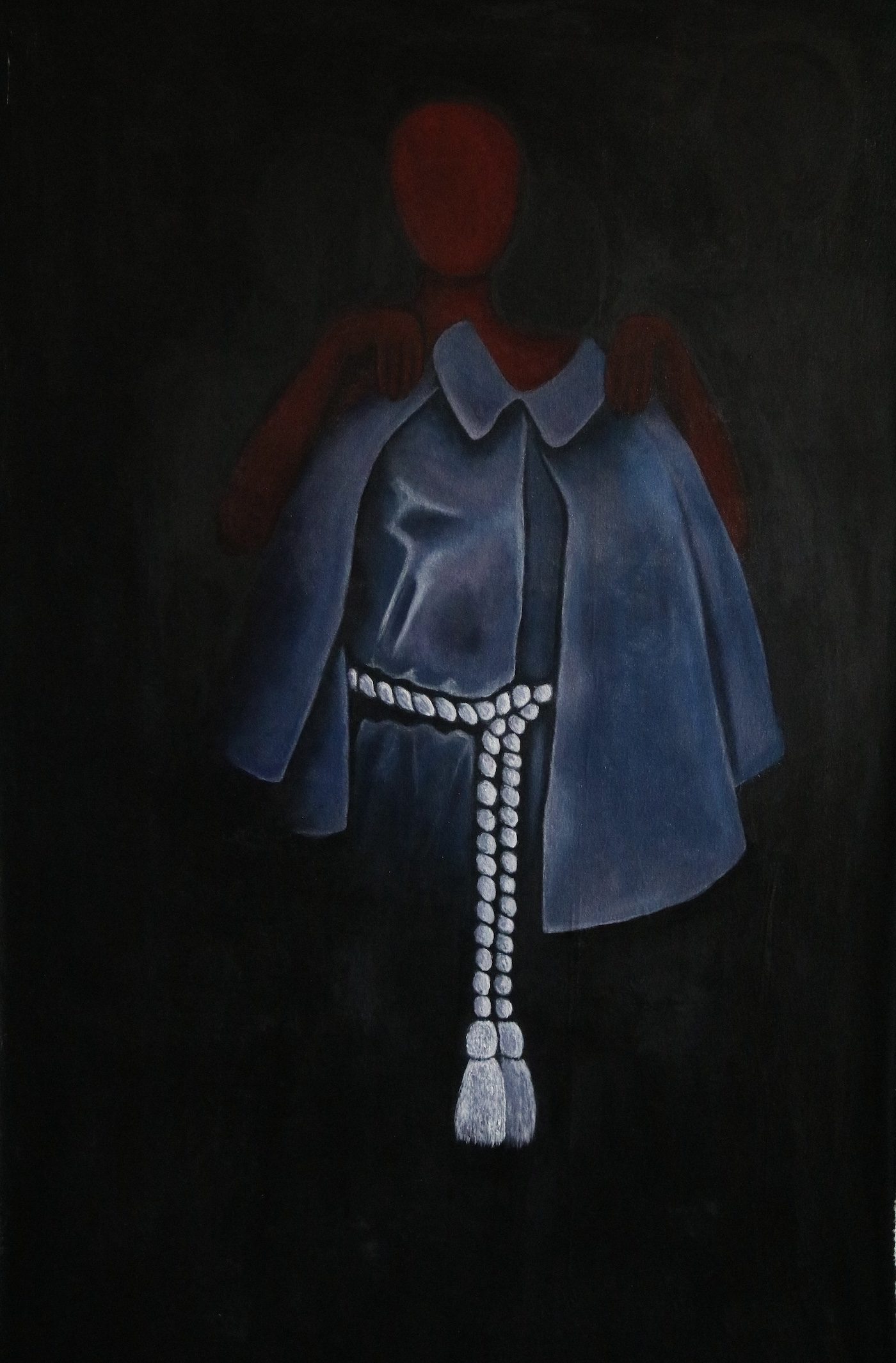 The multidisciplinary artist talks to Boitumelo Tlhoaele about a recent exhibition project and his Globalisto philosophy.

Contemporary And: Can you expand on the title and framework of your exhibition Salon Globalisto at the Bonne Espérance Gallery in Paris?

Mo Laudi: I’m researching a new philosophy, which I call Globalisto. It is an expansion of the South African philosophy Botho/Ubuntu, and is influenced by Achille Mbembe’s vision of a borderless world. It is also inspired by Vusamazulu Credo Mutwa’s connection to spirituality and nature, and Fred Moten’s radical critique of the present. Globalisto questions how we can project Ubuntu on a global scale. I coined the word imagining a new way of seeing the world.

It is also a play on the Salon des Refusés organized by the Impressionists when they were rejected by officialdom. More generally the salon is seen as a place of home, a place for conversation, a safe space for dissent. I found that I am connected to varied communities of artists and Salon Globalisto was the perfect opportunity to shed light on the practice of a few of them who are also friends. I wanted to craft the thread of the lineage of South African artists in Paris, point to some of their roots and pay homage to those that came here before we did. 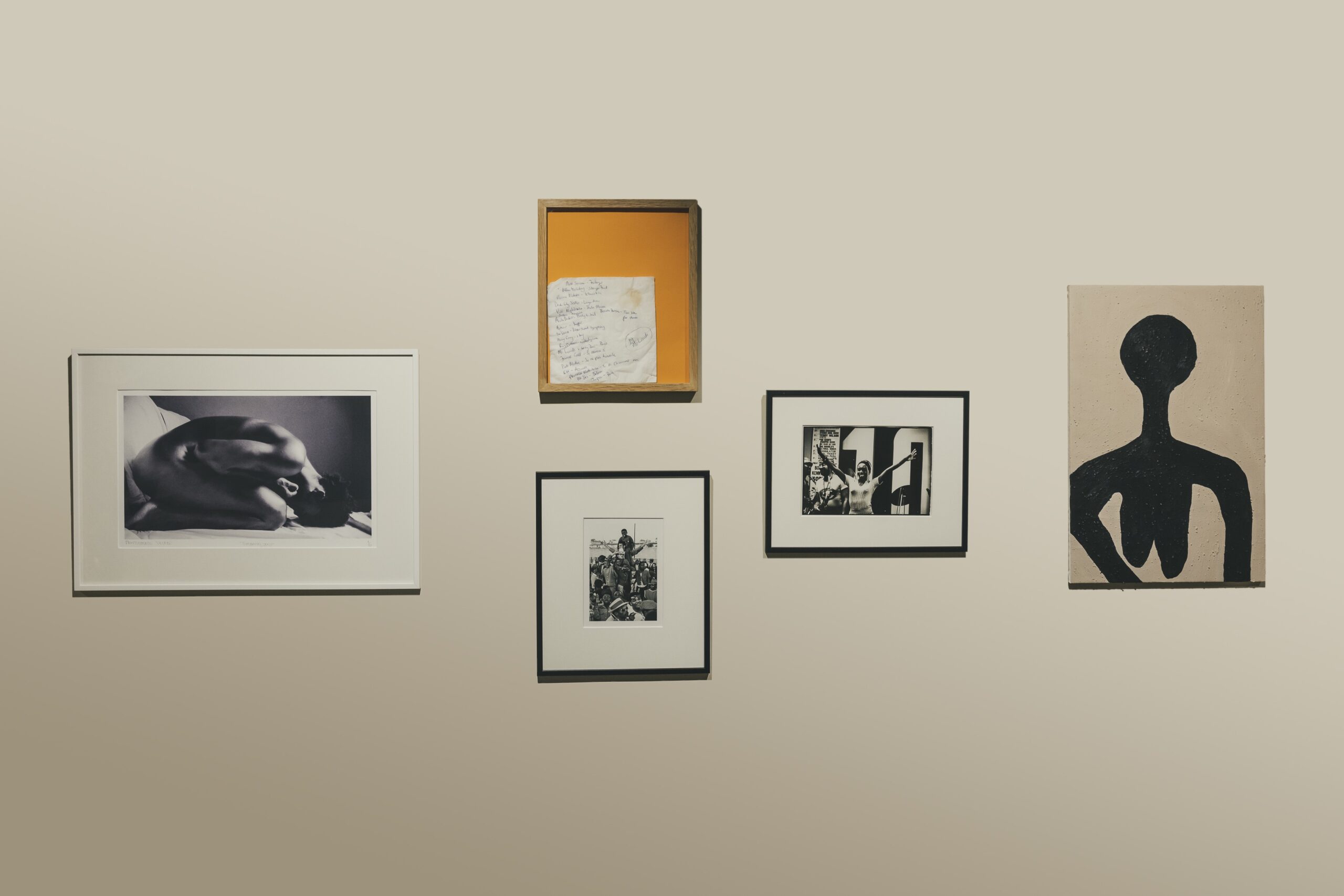 C&: The exhibition showed fifteen artists who work in various media and come from different schools of thinking and practice.

ML: The diversity in materials in the artists’ works is totally intentional, as is the difference in genres, like the difference between the beats per minute (bpm) in a set. I tried to compose a rhythmic balance and story.

I find that most artists I’m inspired by are activists at their core. They have an urge to tell their own stories. Some of these artists have been using their work to protest against various problematic issues that we are still facing in society. One of the thoughts that connected the works in the exhibition is the question of « post-apartheid transitionalism ».

C&: Can you tell me about the sound installation that is part of this exhibition?

ML: In Conversation with Gerard Sekoto is an immersive 10-minute sound installation which I created in the neoclassical church Notre Dame de Bonne Nouvelle, just across the street from the Bonne Espérance Gallery. The sound piece played every Saturday at 11am for the duration of the exhibition.

I was over the moon to discover a recording of Gerard Sekoto singing spirituals. His songs, vocals, and piano performance released in 1959 on vinyl as Negro Spirituals: La Voix de l’espérance are about protest, struggle, and fighting slavery. I interwove these four incredible little-known tracks with experimental Eastern meditative crystal sounds and techno sounds looped using an arpeggiator to reverberate the music in this iconic cathedral.

C&: Why the music of Gerard Sekoto?

ML: My connection with Gerard Sekoto began when I was twelve years old. My art teacher enrolled me in a competition with various schools in the Limpopo region in South Africa. The prize was to paint a mural for the local Polokwane Museum (then, under the apartheid regime, called Pietersburg). I created an interpretation of a famous township street scene by Sekoto. His inspiring force has accompanied my journeys to Europe, while staying South African at heart in music and the arts more broadly.

In Conversation with Gerard Sekoto connects with my sound work Motho ke motho ka batho: A Tribute to Mancoba (2019), which was first shown at the Centre Pompidou, Paris. Ernest Mancoba was Sekoto’s mentor. Dialogues with our ancestors are so important to me, especially since these masters are still overlooked and erased, especially in Europe. Sekoto is one of the most renowned South African painters, yet his work is hardly visible in France or in French public collections. What is even less known is his music and how it paved the way for him to make art while he lived in Paris from 1947 to 1993.

While doing research for the Salon Globalisto exhibition, I was particularly drawn to Sekoto’s atmospheric drawings of Paris nightlife and his encounters in bars and clubs. Then I discovered his voice and the music he had released, and became acutely aware of the key role music played in his life in Paris – also in terms of making money. This part of his practice deserves as much attention as his paintings.

C&: Sound obviously plays a critical role in your practice. Does DJing feed into your sound installations or do you see the two crafts as two distinct things?

ML: The DJ performs a curated researched playlist – transitioning using bpm and harmonic tones, deconstructing a song, blending one song into another – to formulate a set. The lines between the musician and the DJ are blurred, like those of the curator and the artist. The vibrations set off by artists with their activism can transform a gallery or church into a space of resistance as the audience creates a vibrational motion in their community. DJing is a performance, a short moment in time. In my installations, I want the work to live on without me.

C&: How did you experience curating this exhibition in Paris?

ML: I have been researching South African exhibitions in Paris, particularly those curated by Black South Africans. I have asked artists and curators such as Moshekwa Langa, Riason Naidoo, N’Goné Fall, and Simon Njami, and they said they didn’t know of anyone who had done one before.

There is nothing to be proud of for apparently being the first Black South African curator to put together a group exhibition in Paris. But I understand why it may not have been done before. It is necessary to master the French language or system. It’s also difficult to deal with the racism, whether subtle or overt – it’s challenging to be Black in white spaces.

I studied how Mancoba and Sekoto suffered. And I feel the need to do something different, to create a community, a space of resistance, a space of dissent, a space that is moving.

C&: Can you tell me about the exhibition catalogue?

ML: I’m in the process of writing and researching for it. I’m planning on activating further conversations with all the artists involved in the exhibition. There are already great texts written by Pascale Obolo, Khehla Chepape Makgato, Claudia Tennant, Christine Eyene, and Maymoena Hallett, to whom I am eternally grateful for lending us work by George Hallett.

C&: What kind of work do you see Globalisto doing in the future?

ML: For me, Globalisto is a philosophy in flux. I’m looking for and creating communities to share these ideas – I do not think one can grow alone. It’s time to think of new visions, to unlearn the traumas that have been instilled in us. We need to reconnect and realign. We must change how Africans look at themselves because of white supremacy. We must connect with healing practices, heal each other. We must be ready to share with generosity.