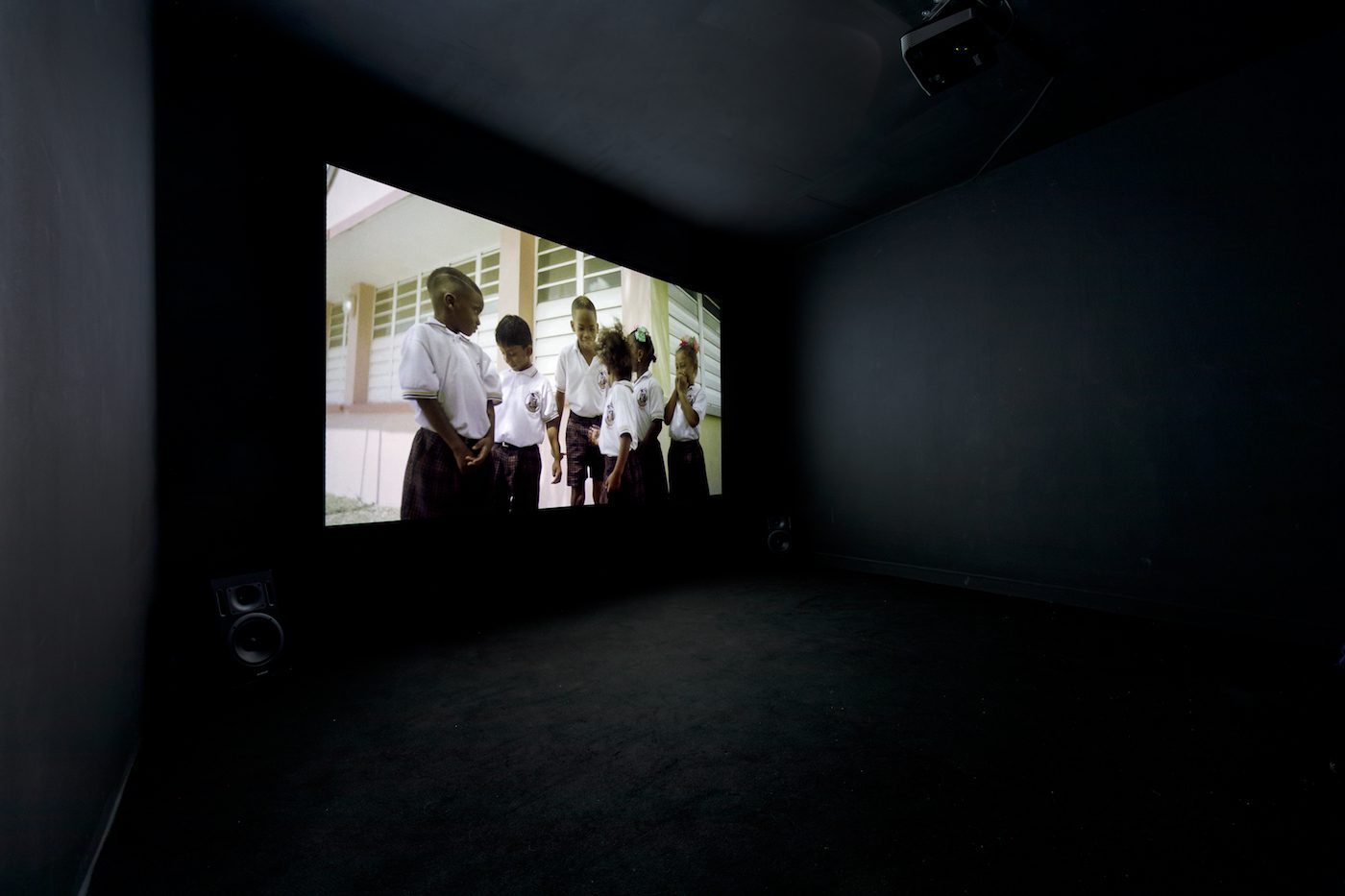 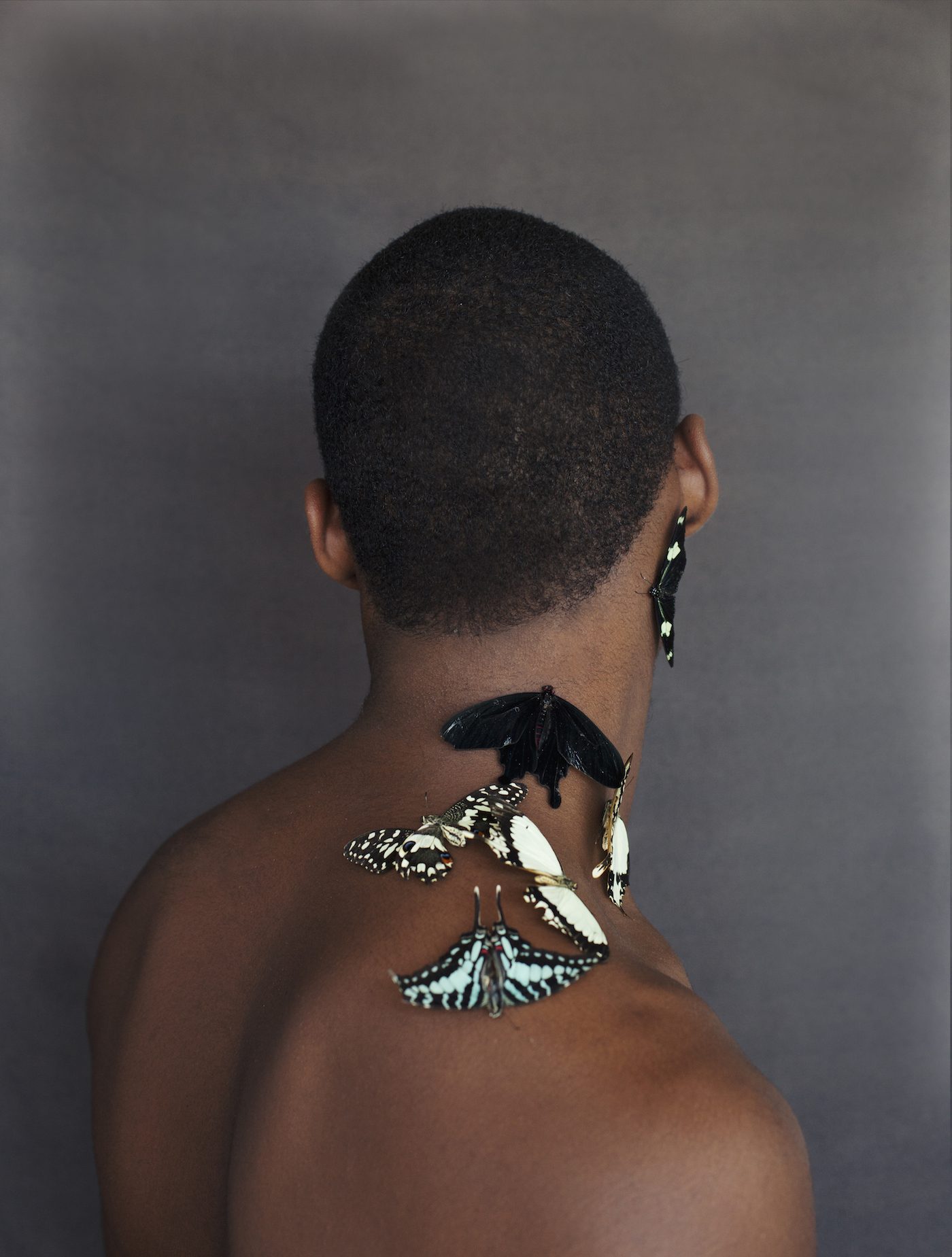 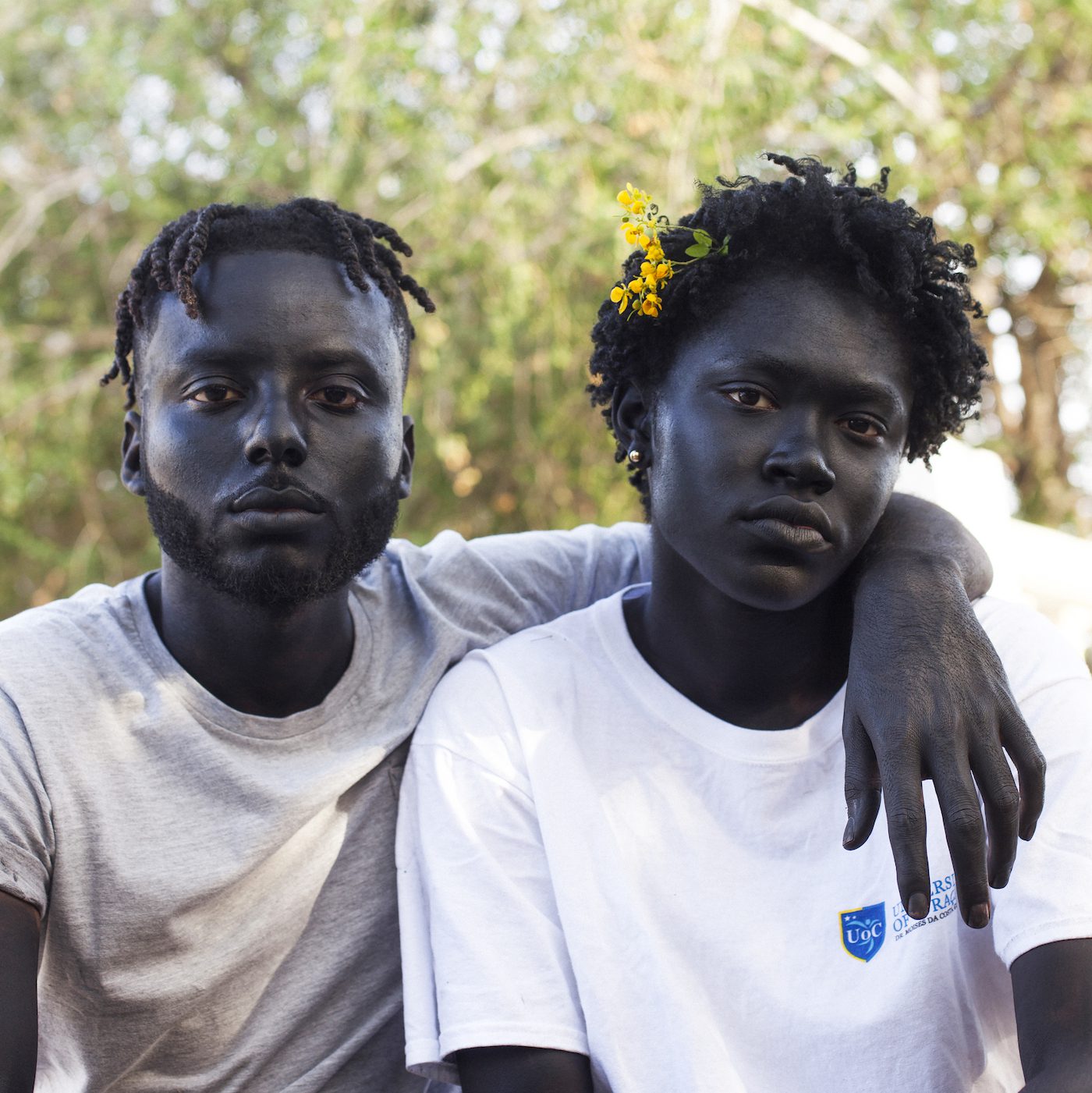 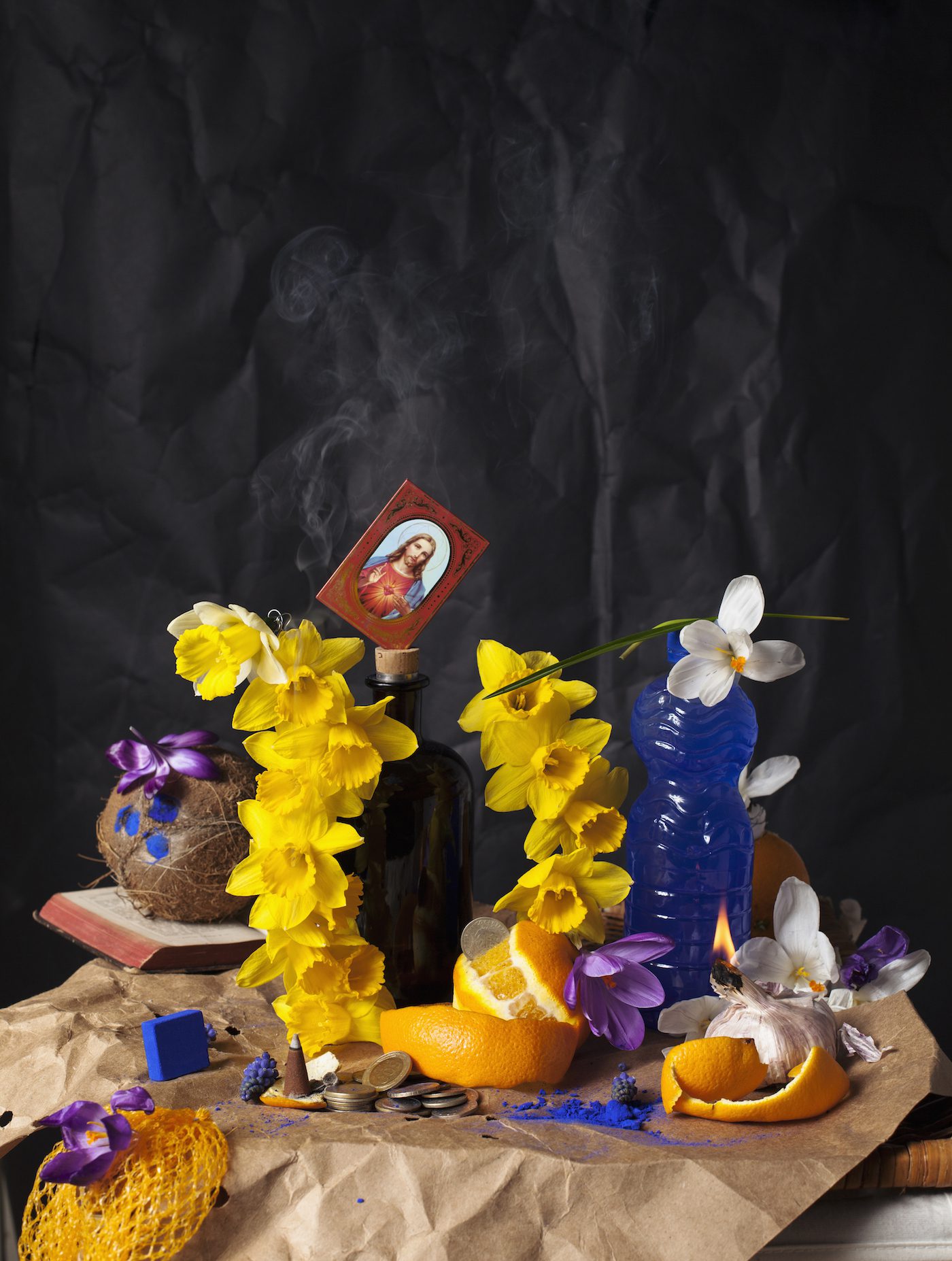 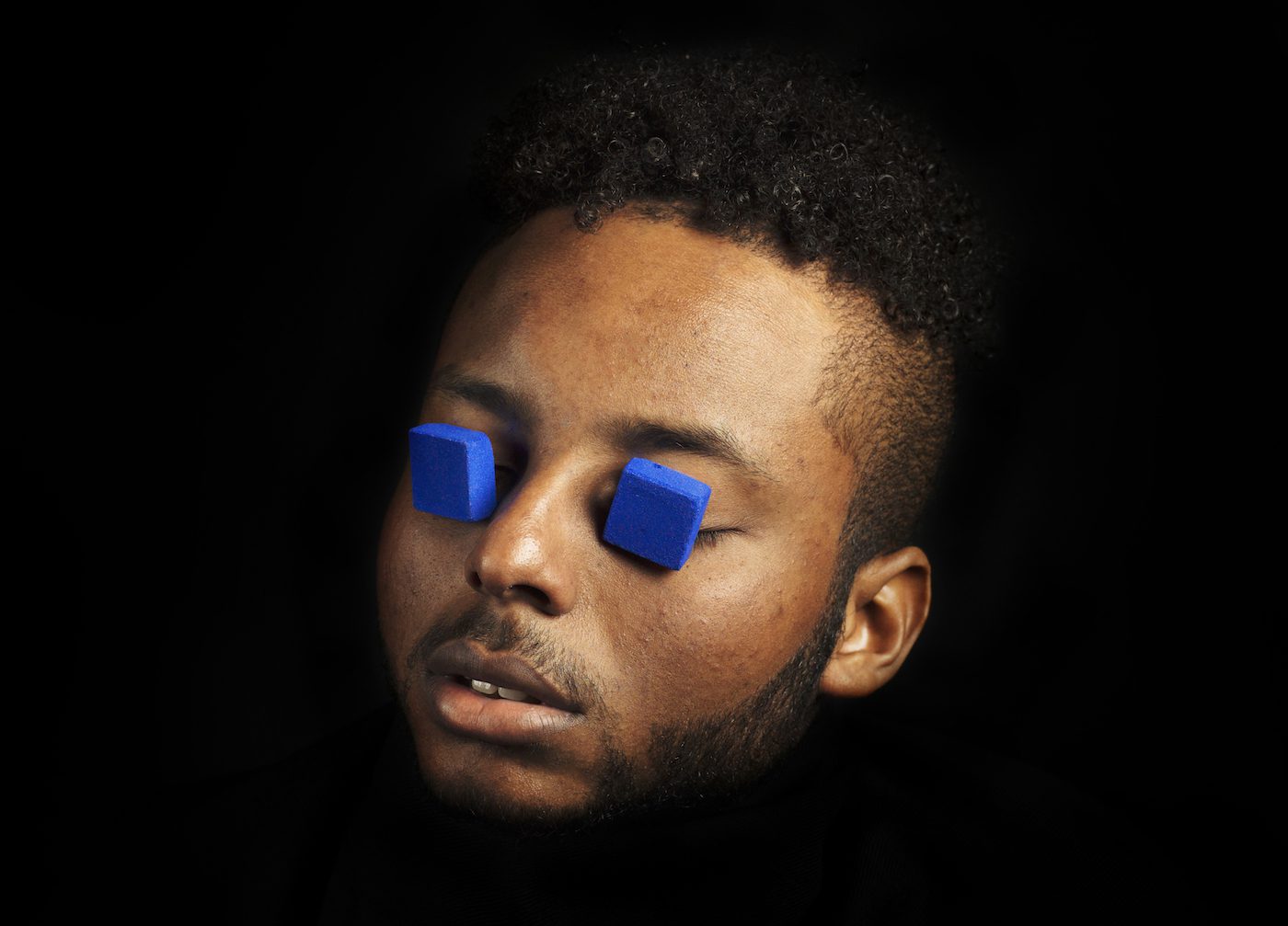 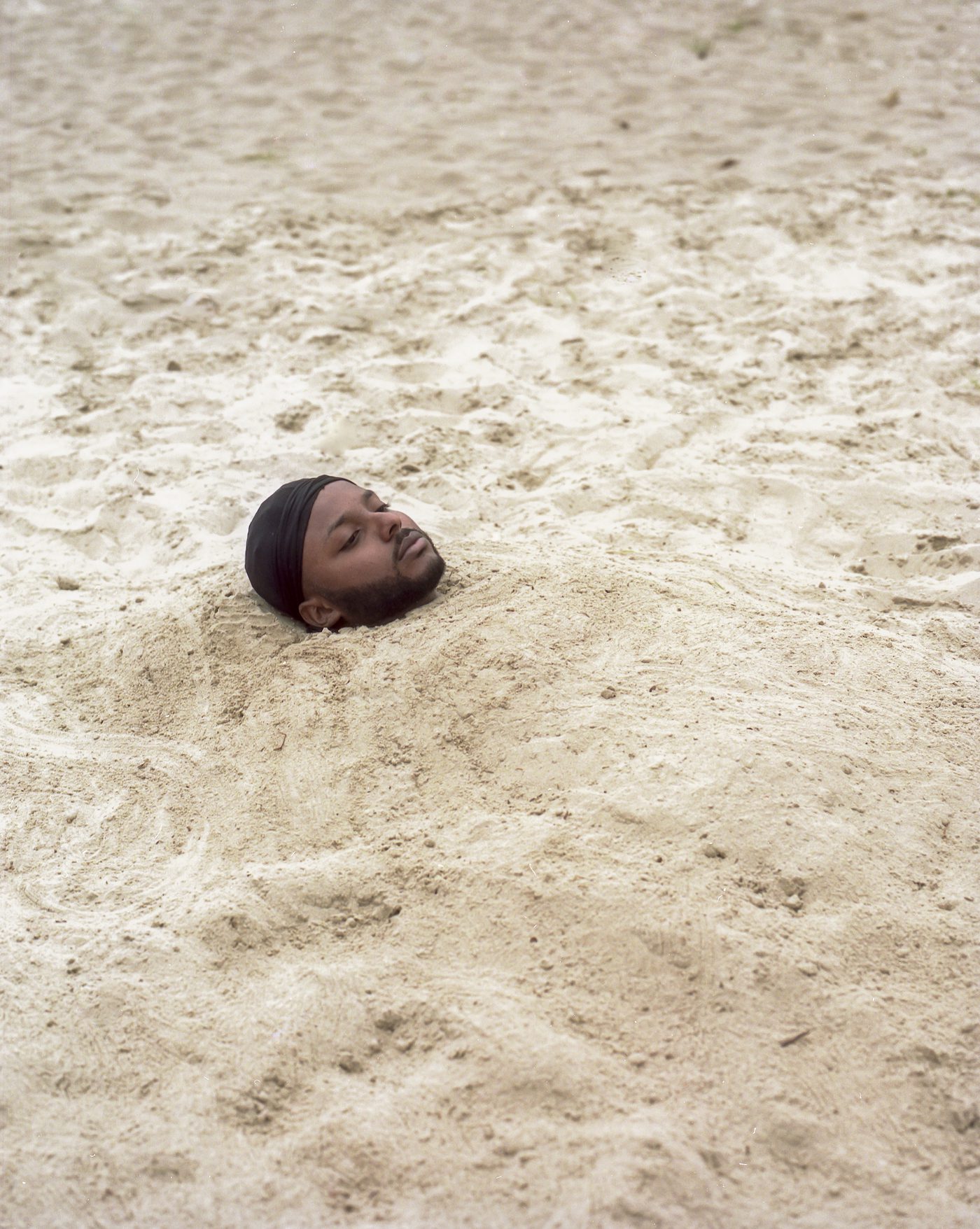 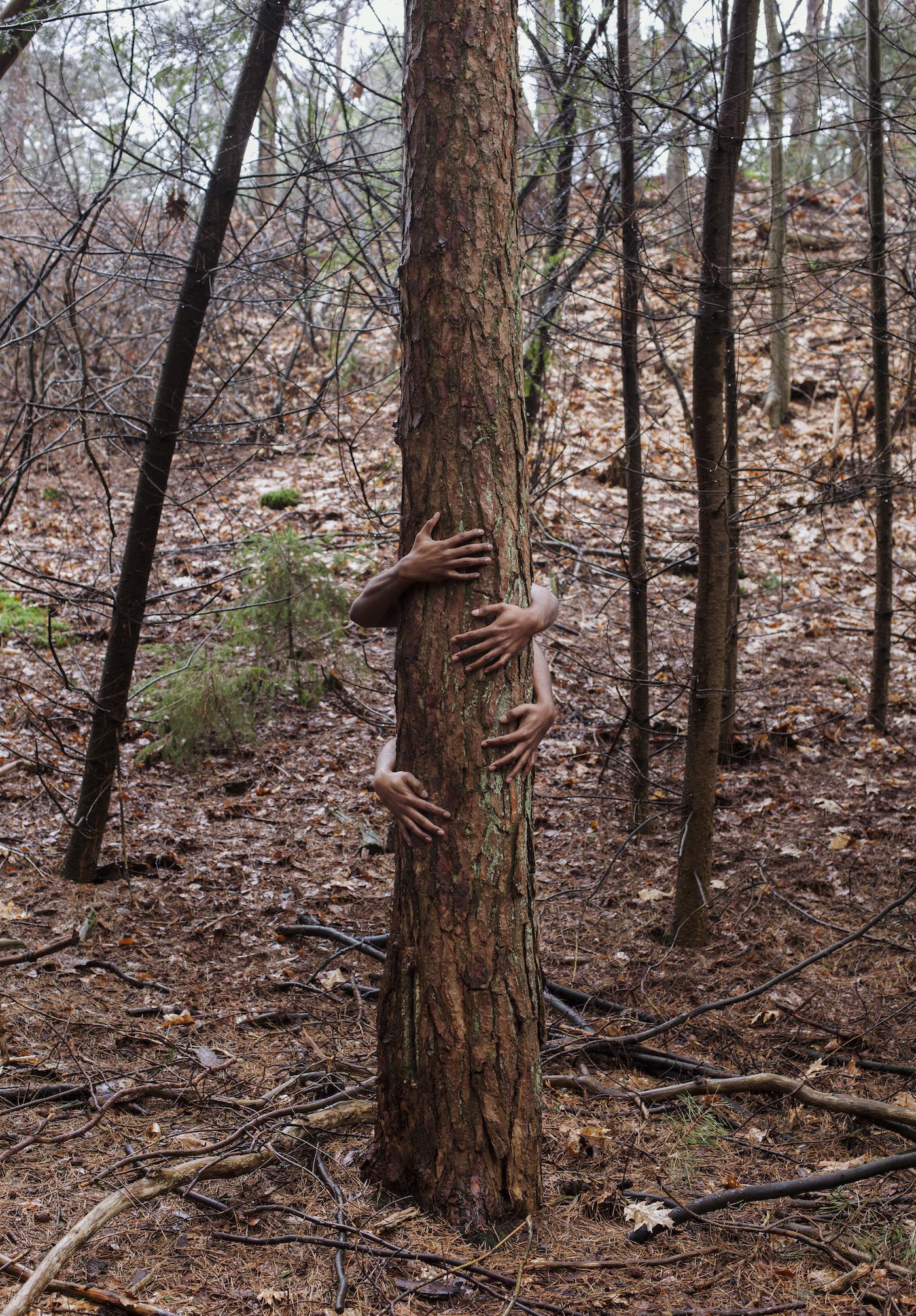 Inspired by the “magical thinking” of his native Curaçao, Kevin Osepa uses photography and film to create stories that explore religion, African diaspora, and family. Based in the Netherlands since 2013, his fascination with his home island hasn’t dimmed. In this interview Osepa discusses what’s so sobering about the Netherlands, Afro-Caribbean spiritual culture, and how he deals with Zwarte Piet.

Contemporary And: Growing up in Curaçao, how did you see the relationship between the island and the Netherlands?

Kevin Osepa: You grow up with this idea that the Netherlands is like the big brother of Curaçao. All our curriculums in school came from the Netherlands and the majority of the classes were in Dutch. So growing up I was always aware that there was something that binds Curaçao with the Netherlands. It felt like a distant but at the same time very present relationship.

There is also a limited amount of university studies that you can follow on the island, so most teenagers are faced (at a very early age) with the fact that the study they want to do will probably have to be in the Netherlands. You are usually prepared for this. My case wasn’t any different.

C&: What kind of findings in your new home in the Netherlands has marked you in a significant way? And how does that reflect in your art?

KO: There is something here in the Netherlands that I refer to as sobriety. To me, it feels like the lifestyle and landscape have no room for magic or magical thinking. In my work, I usually try to re-enchant the Dutch landscape and introduce Afro-Caribbean rituals and magical “ideas” into the landscape. So my work is a reflection of me creating my home, or my idea of home, here.

C&: What still fascinates you about Curaçao?

KO: I am fascinated by how rich our history and culture is. You need to understand that the education system on the island still has a colonial hangover. We learn our history from the Dutch perspective, and our own traditions and histories are shoved under a rug. We don’t talk about it. So doing this research on my own, I rediscover my island and the history of my island through an Afro-perspective. And to me, this is an honest perspective.

I am mostly fascinated by how our ancestors managed to practice their own religion (which was forbidden in colonial times) under the nose of the colonizer without them knowing. The rituals became a tool for protection and emancipation, and to this day they have survived.

C&: How do you deal with Zwarte Piet?

KO: The way I deal with it is to try to have conversations about it with Dutch people who are very attached to this tradition. I try to pass on the knowledge that I have in terms of Zwarte Piet being a racist caricature and why removing it is logical. The discussion is pretty heated, and every year it becomes more intense. It has come to a point where I sense a lot of tension in a social environment when the topic comes forward. Especially being Black, you are automatically part of the discussion.

So I think the sooner we get past the celebration of this racist caricature, the closer we will get to a more peaceful, loving, and respecting society. But at the same time, I see it as a wake-up call for the Netherlands to deal with the fact that there is still this silent racism roaming around. The Zwarte Piet discussion breaks the silence on a problem that is bigger than just an old tradition or celebration.

C&: How do you negotiate making art about the island while living in Europe?

KO: Seeing that the work is about my personal identity and the collective identity of Afro-Caribbean youth, this happens without a problem. I often remind myself that I didn’t come to the Netherlands to become a Dutch/European artist. I came here to become a better artist. So where I live is not a factor that has to hold me back from indulging in the themes that are close to me.

Also, my whole family still lives in Curaçao, so I frequently visit and that is a great time for me to do some research and create relevant work. I’ve noticed that being away for a long period of time is something that makes the inspiration more intense when I return. My work is about the islands but it is also very much about the longing of home, so being abroad has become a huge part of the reason why I create the work and of the work itself.

C&: What was the inspiration behind Con los santos no se juega and what does the film deal with?

KO: In my new work, Con los santos no se juega (You don’t play with the saints), I revisit my childhood memories to investigate how Afro-Caribbean spirituality has formed my life. I was born in an environment where, despite them being taboo, rituals and magical thinking played an important role. The spiritual practices of Brua and Las 21 Divisiones, some of which my relatives were secretly engaged in, aroused my curiosity. These syncretic religions were born from a fusion of Catholic, African, and Indian influences. Duality often plays a vital role, as saints and spirits have powers that can be summoned for good or evil. To keep these forces in balance, there is a range of commandments and rituals for cleansing and protection.

In the film, I combine real stories with poetry and poetic imagery to give an insight into Afro-Caribbean spiritual culture. For example, there is a part in the film where, in a voiceover, I tell a story myself about how my grandmother washed me as a baby with blue water to cleanse me from evil energy. While I tell the story I recreate the bathing water. And next to this scene there is a scene that deals with the more abstract idea of always feeling the need for spiritual cleansing. I tried to bring together all these stories and ideas to paint a picture of this collective experience.

C&: What’s the reception to your work like in Europe and the Caribbean?

KO: I’ve had a pretty busy 2018 and I am very grateful for it. My work did really well in terms of exposure. I was nominated for several awards and I had exhibitions in important museums like Stedelijk Museum Schiedam and Nederlands Fotomuseum. I also got signed to a gallery. Everything went very fast. So I think that I can say that the reception of my work in Europe is really good. I think the way that the work is presented raises a certain curiosity in people with a different cultural background.

With people from the Caribbean, the reception is very interesting. It starts an interesting conversation about hidden traditions and decolonization. I’ve also noticed that a lot of the conversations are about self-discovery and concretizing personal identities.

C&: What else is in the pipeline?

Right now I am doing research on homosexuality in Curaçao. In my opinion there is a huge problem with homophobia on the island, and growing up I did not feel there was a space for me to exist. The result is that there is no “proper” representation of this identity. It is as if being Curaçaoan and gay are like water and oil. With my work, I want to explore the integration of the two and try to discover through literature, personal experiences, and stories what this identity is and translate it into visual work.

Kevin Osepa (b. 1994 Willemstad, Curaçao. Currently based in Utrecht, the Netherlands) is a photographer born and raised on the island of Curaçao. His work revolves around his identity and the identity of Afro-Caribbean youth in a post-colonial world. The visuals he creates and the stories he tells are highly influenced by his youth. While the themes he explores are autobiographical, his work can also serve as a quasi-anthropological study. Using different experimental techniques, he creates colourful visual stories that explore themes such as religion, African diaspora, and family.