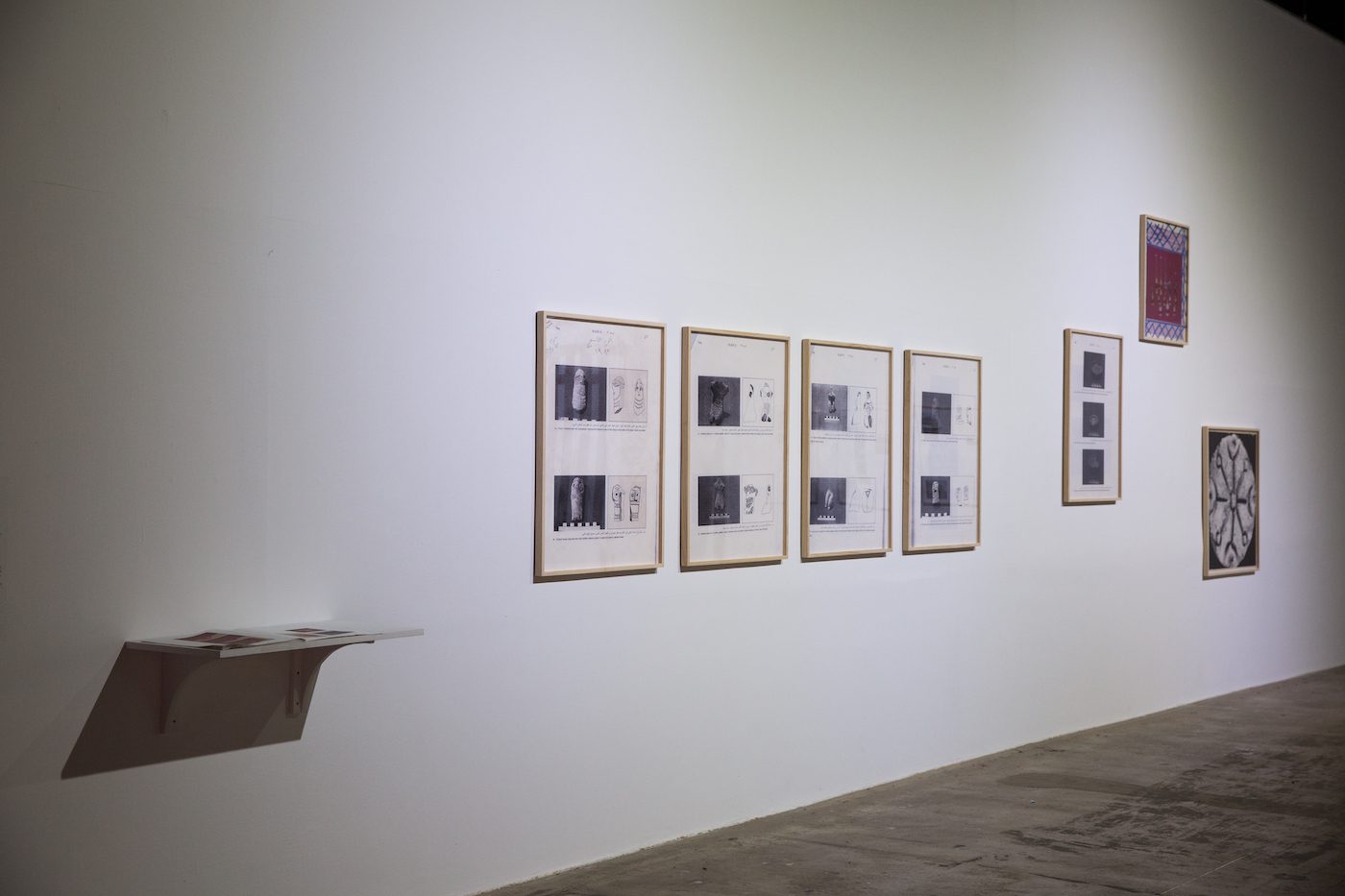 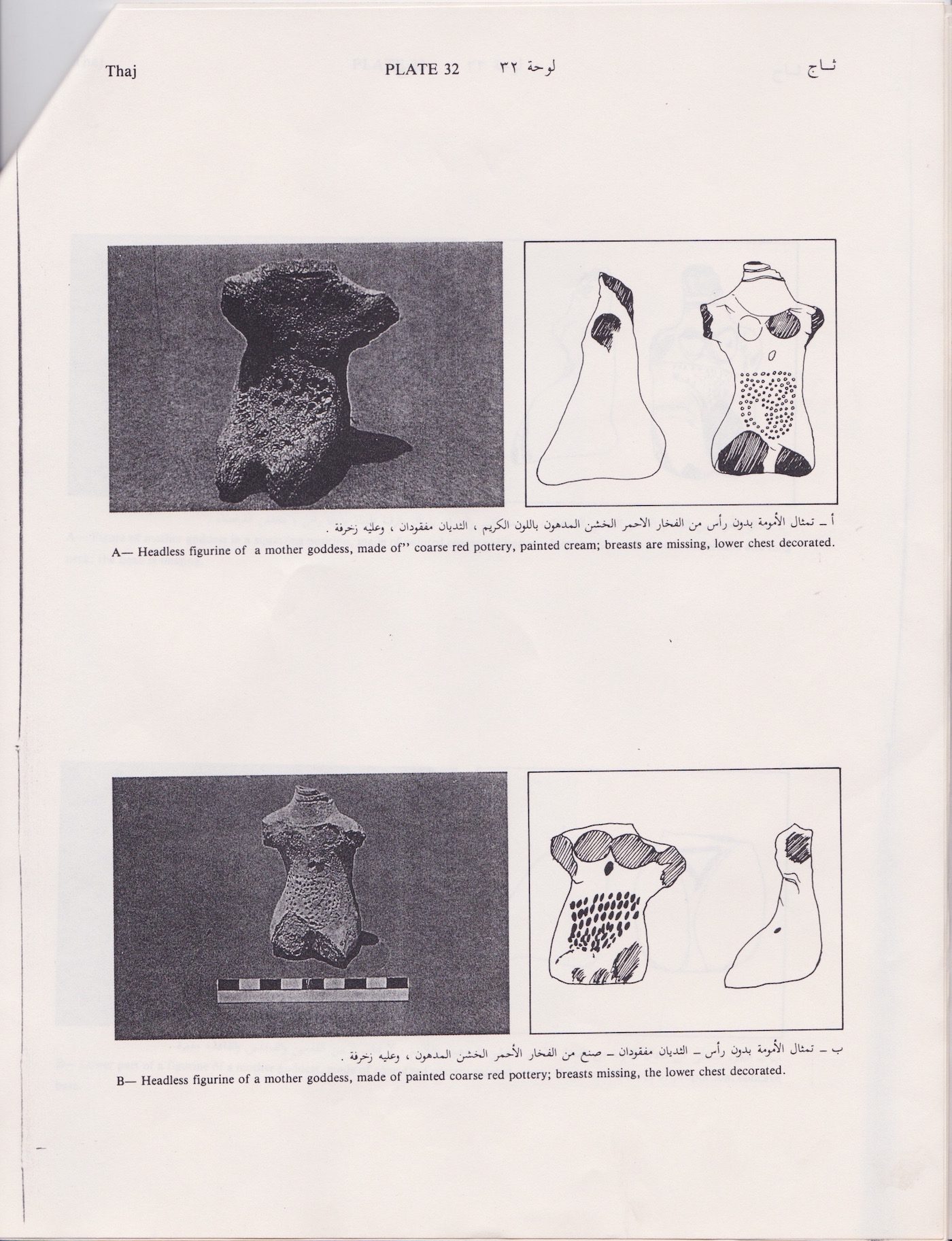 Alia Farid, Between Dig and Display, 2017. Digital prints and pamphlet. Courtesy of the artist and Galerie Imane Farès, Paris
2/5
2/5 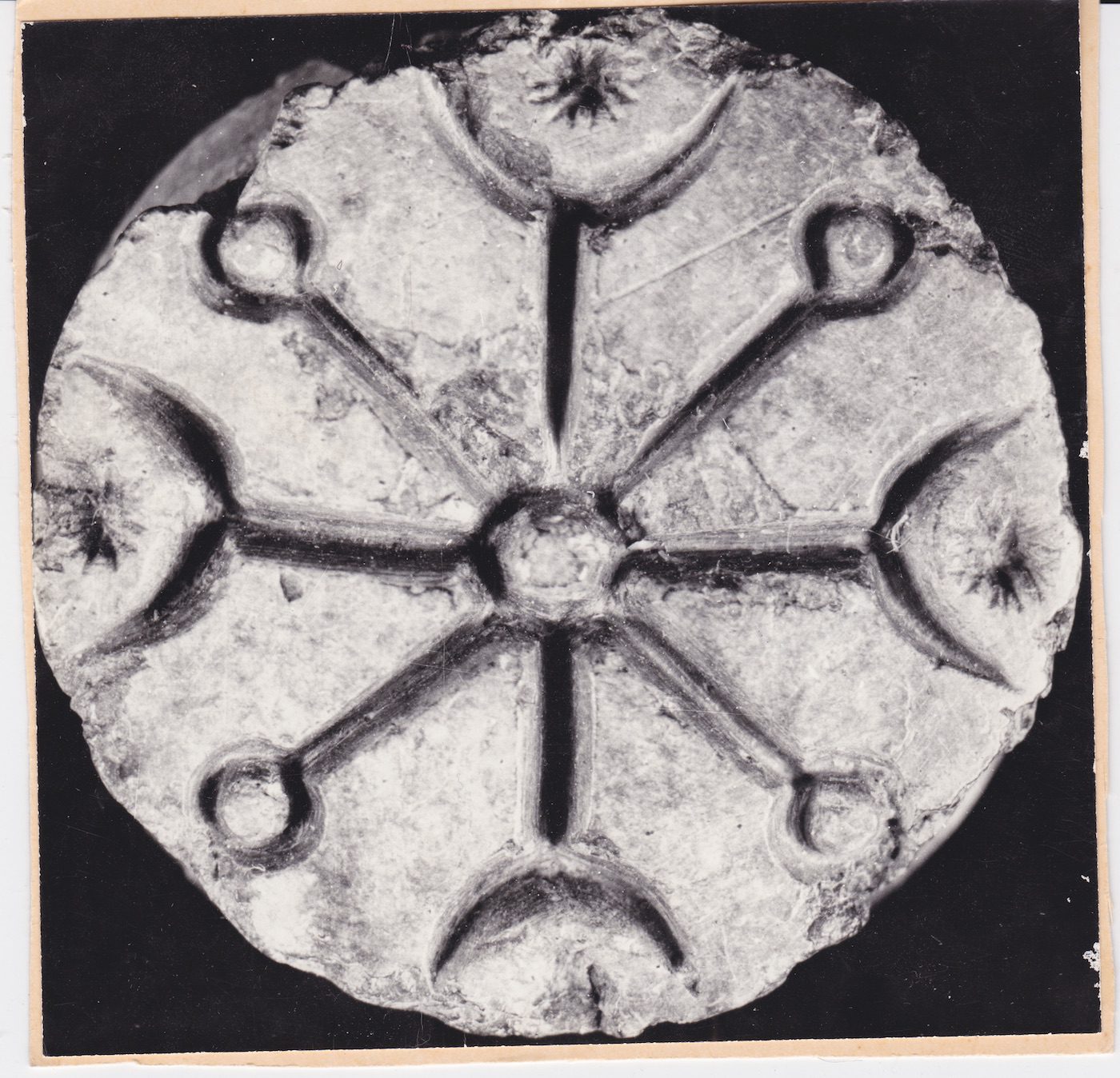 Alia Farid, Between Dig and Display, 2017. Digital prints and pamphlet. Courtesy of the artist and Galerie Imane Farès, Paris
3/5
3/5 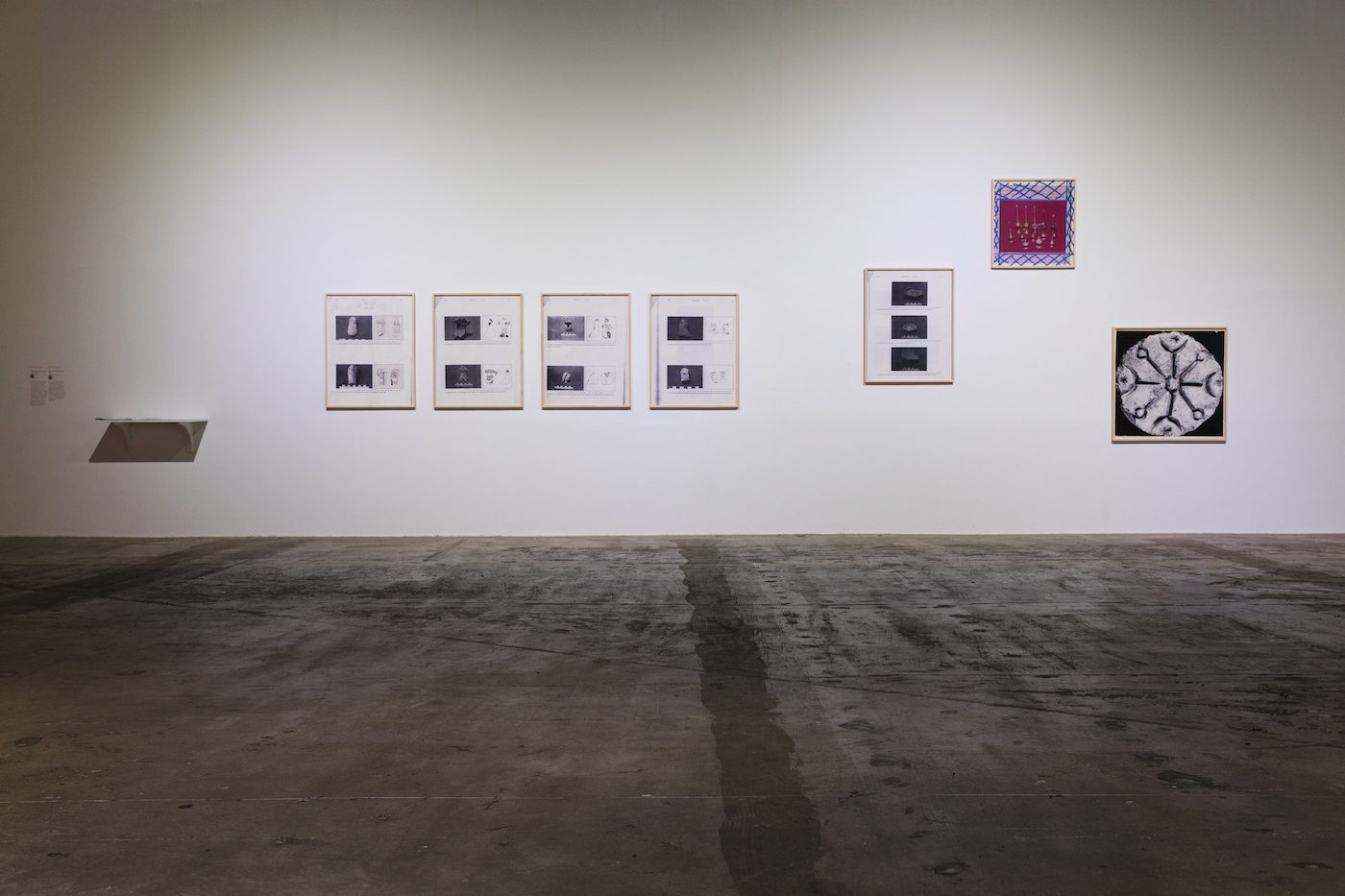 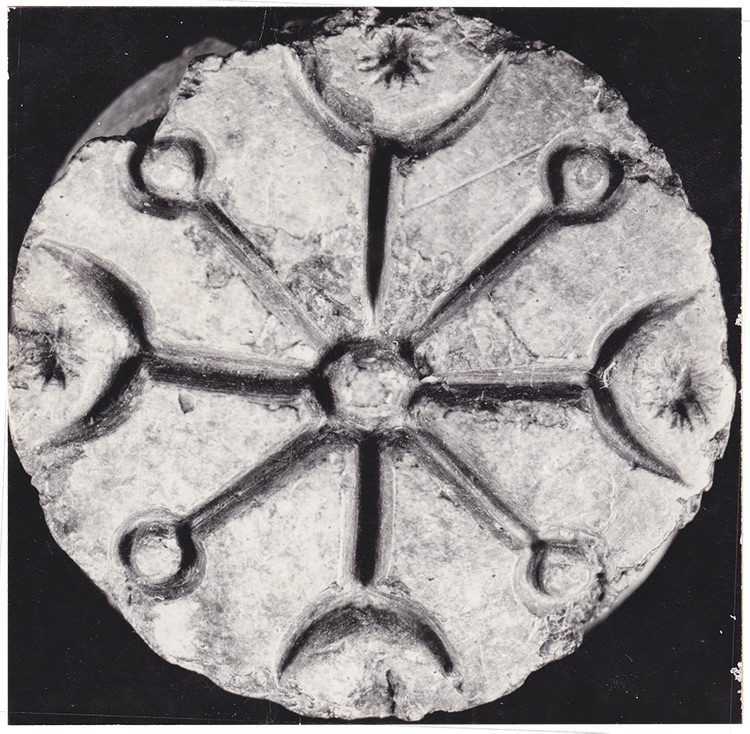 Alia Farid, Between Dig and Display, 2017. Digital prints and pamphlet. Courtesy of the artist and Galerie Imane Farès, Paris
5/5
5/5

Imagined Borders, the title of South Korea’s 2018 Gwangju Biennale, has enabled a diverse dialogue on the political, social, and cultural significance of borders to today’s globalized world, addressing questions of national identity, Western imperialism, and the politics of displacement and migration. Participating Kuwaiti-Puerto Rican artist Alia Farid, in her solo exhibition Between Dig and Display, presents a selection of documentation found in the storage basement of the never completed Kuwait National Museum. With C&’s Daniella Brito, Farid discusses historical memory and a nation-building project in relation to her own identity formation.

Contemporary And: As an artist who splits her time between the Caribbean and the Middle East, how do the borders and geographies you traverse inform your art practice?

Alia Farid: My work is an effort to make visible how these ostensibly different parts of the world are actually not so dissimilar. So that instead of being identified as an artist who splits her time between the Caribbean and the Middle East, I’m an artist from the Global South whose work is interested in structures of power, in how power is represented in the urban milieu, and in achieving sovereignty.

C&: How do the documents you have chosen for Between Dig and Display present a state narrative? What narratives do you seek to tell through these documents?

AF: The documents I’ve chosen to present tell the history of Kuwait through the story of the Kuwait National Museum. Through the documentation around that project, the objective of which was to give a coherent picture of the landscape and its contents, we learn about its failure and how the museum never fulfilled the ambitions of either its builder or his clients. This stunted project is the nation-building example par excellence for showing how the short-lived modern era in Kuwait was purely symbolic.

C&: How do you interpret the role of museums in preserving a country’s national identity?

AF: I don’t think they do this in a very accurate way. They tend to be top-down impositions of a national identity, often over-simplified and exclusionary. Kuwait has a very unique history in the sense that it went from being a mud city to a modern city in the span of twenty years with the discovery of oil in 1938. The first Kuwait National Museum was established in 1957 inside what used to be the Khazal Palace, but the second version, designed by Michel Écochard in the early 1960s, was a giant project intended to position Kuwait as a modern country in the eyes of the international media. It was more of a façade institution than anything else.

C&: Can you describe the process of assembling and archiving in Between Dig and Display? In your solo exhibition in Paris, you juxtapose autobiographical documents alongside national archives. What is the significance of this?

AF: I would consider my practice as not only interested in history but in the way history is written – so it is a historiographic investigation. I relate the history of the museum to my own upbringing and I mix or combine records from the storage basement of the museum with records or artifacts belonging to my own past, with the idea that at different scales we’re all trying to achieve the same thing, which is self-representation. Just as the museum might amass a collection of objects in an attempt to articulate its own coming to being, I have a series of artifacts in my memory.

I grew up in a modernist housing complex called Aisha Salem designed by the Greek architect George Candilis not far from the Kuwait National Museum. While I was in Paris, digging up the museum’s architectural plans at la Cité de l’architecture et du patrimoine/Centre d’archives d’architecture du XXe siècle, I stumbled upon the records of George Candilis – he had an office in Paris, and so his archives were also in the space. I found it really interesting and serendipitous that when I was looking for material on the Kuwait National Museum I had come across Candilis’ archives and found plans for the housing complex in which I grew up. So for that exhibition in Paris, for that iteration, I combined these two histories.

Alia Farid (b. 1985) lives and works in Kuwait and Puerto Rico, countries she is both from and whose complex colonial histories she reveals through drawings, objects, spatial installations and film. She has a Bachelor of Fine Arts from la Escuela de Arts Plasticas de Puerto Rico (San Juan), a Master of Science in Visual Studies from the Visual Arts Program at MIT (Cambridge, MA), and a Master of Arts in Museum Studies and Critical Theory from the Programa d’Estudis Independents at MACBA (Barcelona).