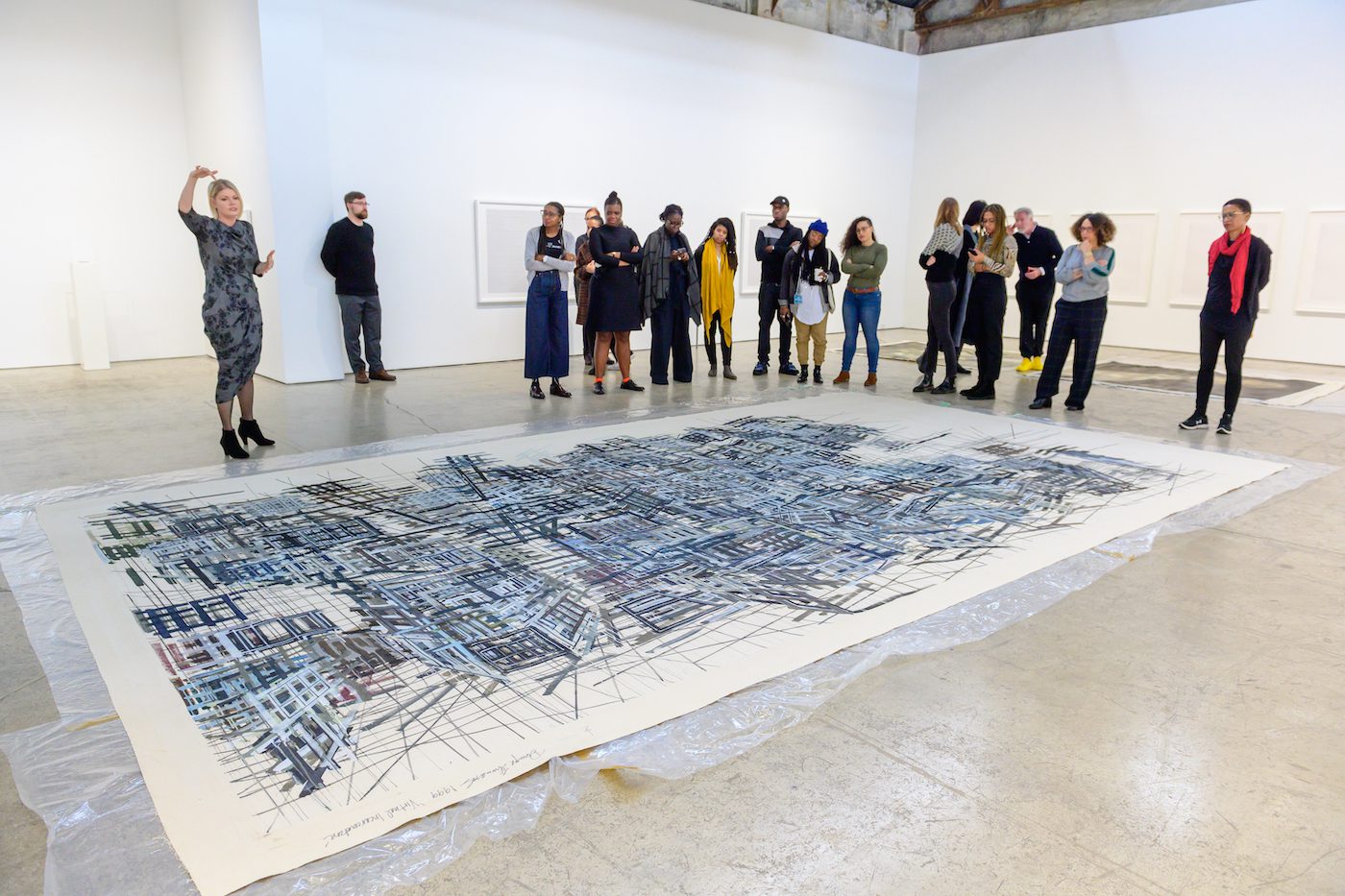 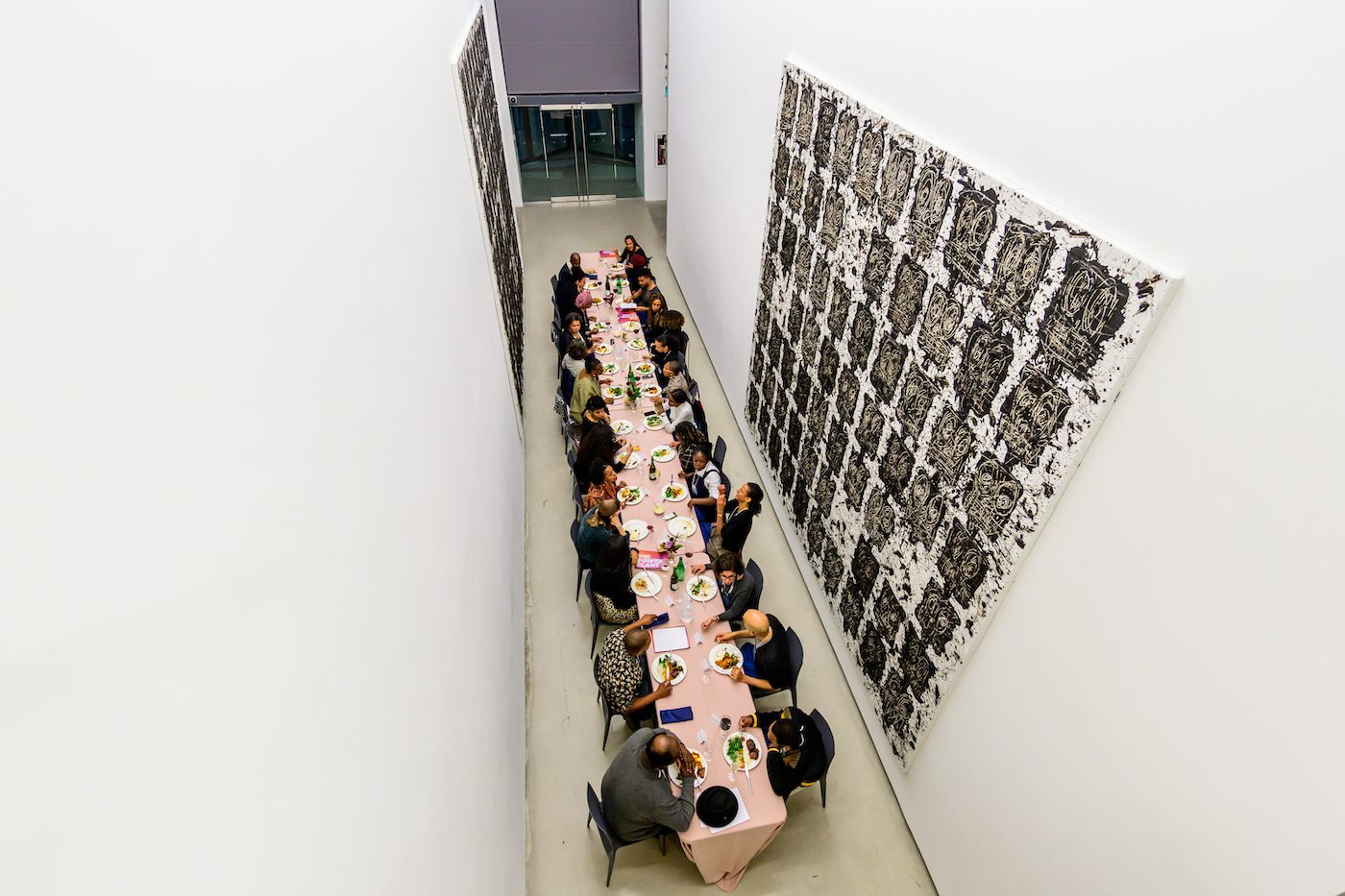 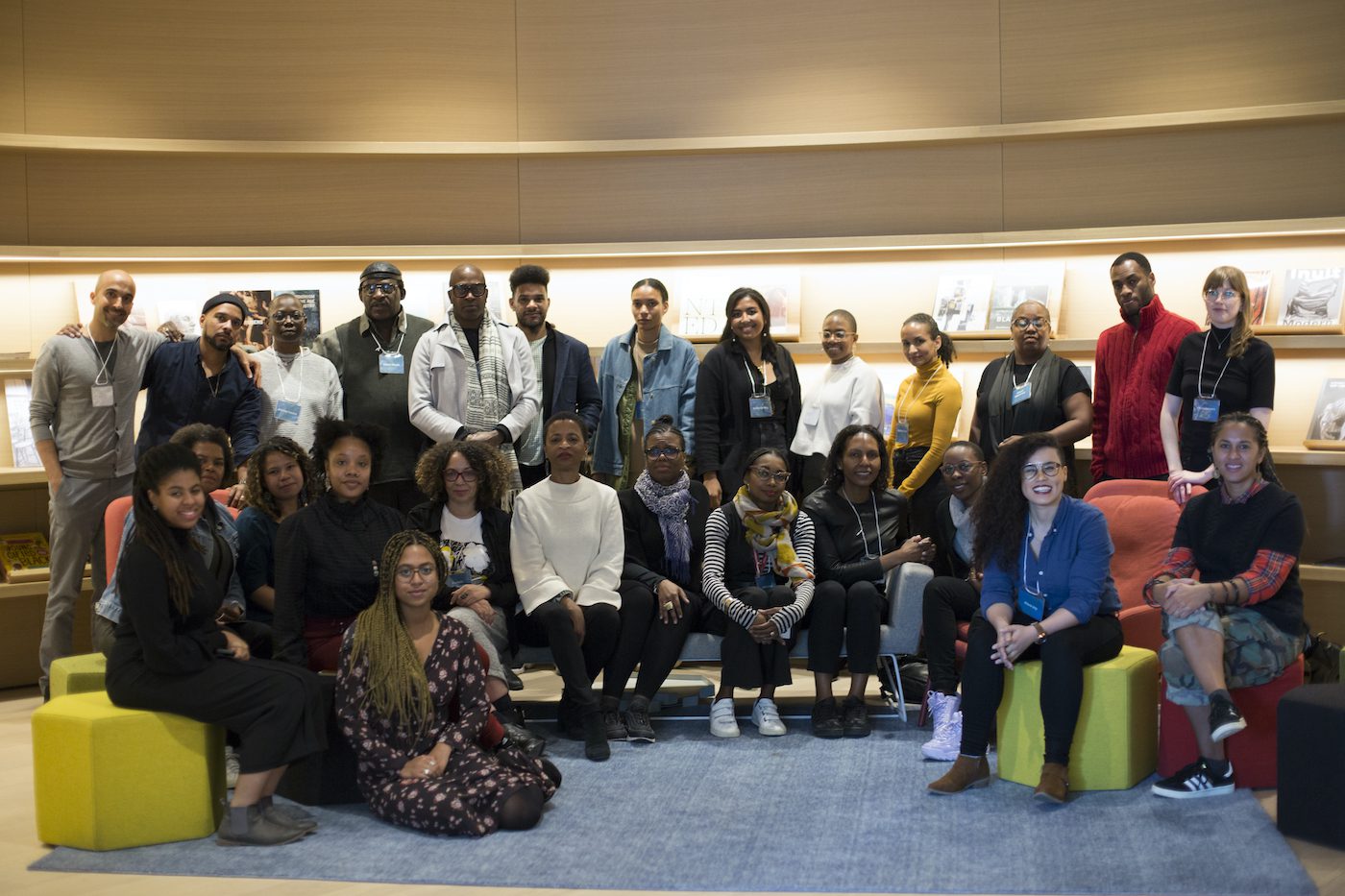 The first Black Curators Forum took place in Toronto, Canada, towards the end of 2019. Initiated by Dominique Fontaine, Gaëtane Verna, Julie Crooks, and Pamela Edmonds, the event gathered around 20 Black curators, writers, academics and art workers from across North America to discuss how black curators work with an ethos of extra care. Writer Kelsey Adams looks into the challenges and aspirations discussed in the forum.

Inclusion, diversity, visibility, representation. They’ve all started to feel like empty buzzwords, slowly stripped of meaning with each comatose panel or forum purporting to establish real change. Usually well-intentioned but lacking in concrete action, such circular discussions feel futile. Whether about the disparity between white art professionals and everyone else or the gendered career plateaus women face, we’re often left wanting. A number of factors are at play here, namely the rise of fake “wokeness,” where people (and institutions) want to align themselves with the right politics, but only superficially. It’s good PR to be pro-diversity, but it takes actual work—unglamorous, uncomfortable work.

This is frustrating because, despite the aforementioned, we need more inclusion, diversity, visibility and representation. But it should be genuine. We discuss these topics ad nauseam because they are, still, absolutely crucial. The problem is in moving conversations from the hypothetical to a more practical and actionable realm.

The inaugural Black Curators Forum, took place in Toronto over the last weekend of October 2019, gathering around 20 Black curators, writers, academics and art workers from across North America. The forum was the brainchild of Dominique Fontaine, curator and founding director of Aposteriori; Gaëtane Verna, director of The Power Plant Contemporary Art Gallery; Julie Crooks, associate curator of photography at the Art Gallery of Ontario; and Pamela Edmonds, senior curator at the McMaster Museum of Art.

We broke bread in the centre of The Power Plant, flanked by American artist Rashid Johnson’s series Anxious Audience. Although it was a sociable communion of old friends and new faces, Verna’s opening remarks lingered throughout the dinner: “Each time I acknowledge the land that our gallery stands on, I think about erasure—of people and of stories. I think about those who have the privilege of writing history and about the people they choose, sometimes violently, to ignore. I think about the many trailblazers who paved the way for us to be here tonight whose stories are largely untold.”

Her words foreshadowed a weekend of re-mapping history, building intergenerational networks and systems of survival. The forum’s imperative was to write the contributions of Black curators back into the narrative of the Canadian art canon. Some of the trailblazers included Andrea Fatona, Betty Julian, James Oscar, Geneviève Wallen, Mark Campbell, Cheryl Blackman, Eunice Bélidor and Liz Ikiriko.

Since the dissolution of Canadian Black Artists in Action in the 1990s, there’s been no national organization to connect Black artists and curators. There are many impeding forces that make it so a Black curator is never just a curator: straight-up anti-Black racism to the burden of emotional labour, being pigeonholed, being expected to represent an entire community, getting called on for one month of the year (you know which one), needing a higher level of post-graduate education to even be considered, having to tiptoe around white supremacist authority.

But the forum didn’t dwell on these issues—it held space for grievances but it was really about finding solutions.

“We were all very aware that we had limited time, that this was quite rare as an occasion. And so we made sure the conversation revolved around next steps,” says Josephine Denis, a curator and advocate based in Montreal.

On Saturday, October 26, over the course of seven hours spent in the lower concourse of the AGO, those steps started to take shape. American curator Courtney J. Martin, director of the Yale Center for British Art, gave an insightful talk to open the day. During the roundtable discussion, a few points resurfaced often: the creation of a national vision or directive for Black art in Canada, and the need for more scholarship about historical and contemporary Black Canadian art to connect to a wider art history. The conversation also touched on developing a countrywide network of curators to influence social, political and institutional practices related to Black art.

Black curators bear and immense responsibility—to the work that was done before them, to the Black and non-Black artists they work with and to leaving the industry better than they found it for the next generation—in a way that is not expected or required of their white colleagues. Black curators and arts workers often take on this additional work without a second thought; it seems embedded in the very essence of their practices.

As a Black writer, I feel a responsibility to tell stories with care, to oppose misrepresentation and to write Black artists’ work into the Canadian art canon. I approach writing and criticism about Black art with trepidation for the same reason, for fear of risking further marginalization. Perhaps I’m being too precious. Not all criticism of Black art needs to be celebratory or fawning—that hinders constructive discourse—but it definitely needs to be rooted in an ethos of care.

I’ve started considering how the work of different Black curators and thinkers informs and builds upon itself. Work done by Black Wimmin Artists in 2019 was directly influenced by the work done by Diasporic African Women’s Art in 1989. In 2014, Andrea Fatona spearheaded the conference “The State of Blackness” at OCAD University, which led to the creation of a database of artworks, essays, oral history recounts and research produced by and about Black Canadian artists, critics and curators. The first book of Black Canadian art history, Towards an African Canadian Art History: Art, Memory, and Resistance, was published in 2018, edited by Charmain Nelson. Much of this history is oral, so having texts that can document it is integral.

At the Black Curators Forum, many participants vowed to work collaboratively to start more scholarship in this vein.  During discussions, Pamela Edmonds likened being a Black curator to working as an archivist.

Artist, writer and curator David Woods’s decades-long career embodies Edmonds’s point. In an interview he said that “people don’t know the art history because much of it has been unwritten.” Originally from Dartmouth, Woods co-curated “In this Place: Black Art in Nova Scotia,” the first-ever show of African Nova Scotian art, in 1998. When researching and collecting works for the show, Woods would go to people’s homes and find whatever treasures were hidden in the recesses of their basements. He found works by Edward Mitchell Bannister and Edith MacDonald-Brown—not necessarily household names, but Woods makes a case for why they should be.

“Every time I go to the National Gallery [of Canada], I feel a sense of being very deeply wronged because of the complete lack of representation of African Canadian art there,” Woods tells me. “The last time I went [in February, 2019] they had three or four pieces of Black folks that were created by white artists. And that seemed to be their projection of Black art, or at least their way of paying some homage to Black art. But it wasn’t created by us.”

Outside the urban centres of Montreal, Vancouver and Toronto, the lack of artistic diversity and representation is exacerbated by smaller population sizes. For Alexa Joy, it’s been an uphill struggle, through bureaucracy and ignorance, to do her work in Winnipeg. She founded Black Space Winnipeg, a grassroots organization to increase the artistic development and visibility of Black communities. In 2016, fed up with the Eurocentrism of Winnipeg’s Nuit Blanche, she started Nuit Noire with the help of different community leaders like artist Gibril Bangura. “There’s not a huge emphasis on Black art within the public art of Manitoba,” she said during a post-forum interview.

After hours of hammering out ideas to influence policy, hold cultural institutions accountable and reaffirm Black Canadian art contributions, we needed a reprieve. A dinner was served at Crooks’s home, allowing participants to splinter off and have more intimate conversations. Gathering without any pressing goals acted as a balance to the weighty discussions of the day.

Participants left the weekend reinvigorated, with projects percolating. Intergenerational dialogues were especially fruitful, addressing mentorship and legacy. Josephine Denis reflected on the responsibility she feels to remember the lessons of her mentors. It’s important, she says, “to make sure that we’re not having the exact same conversations or if the exact same conversations are imposed on us, that we know that past generations did the work already.” Her personal and professional focus is to care for and support living artists, to assure they’re represented equitably in institutional spaces and to make their work visible and accessible to hinder future erasure. As head of public programs and outreach at SBC Gallery of Contemporary Art in Montreal, Denis creates networks between artists, community leaders and the institution.

If anything, the forum was a testament to the ongoing tenacity of Black curators in Canada. Despite the external forces they grapple with, they always make time for caretaking, for mentorship, for dialogue that can lead to evolution. It may be unglamorous, uncomfortable work to critique the ways the system is set up to favour and centre whiteness, but they’re doing it, every day.

Kelsey Adams is an arts writer and cultural critic from Toronto whose work explores the intersection of art, film and music with a focus on the contributions of marginalized cultural producers.

This text was initially published on canadianart.ca on December 17, 2019.