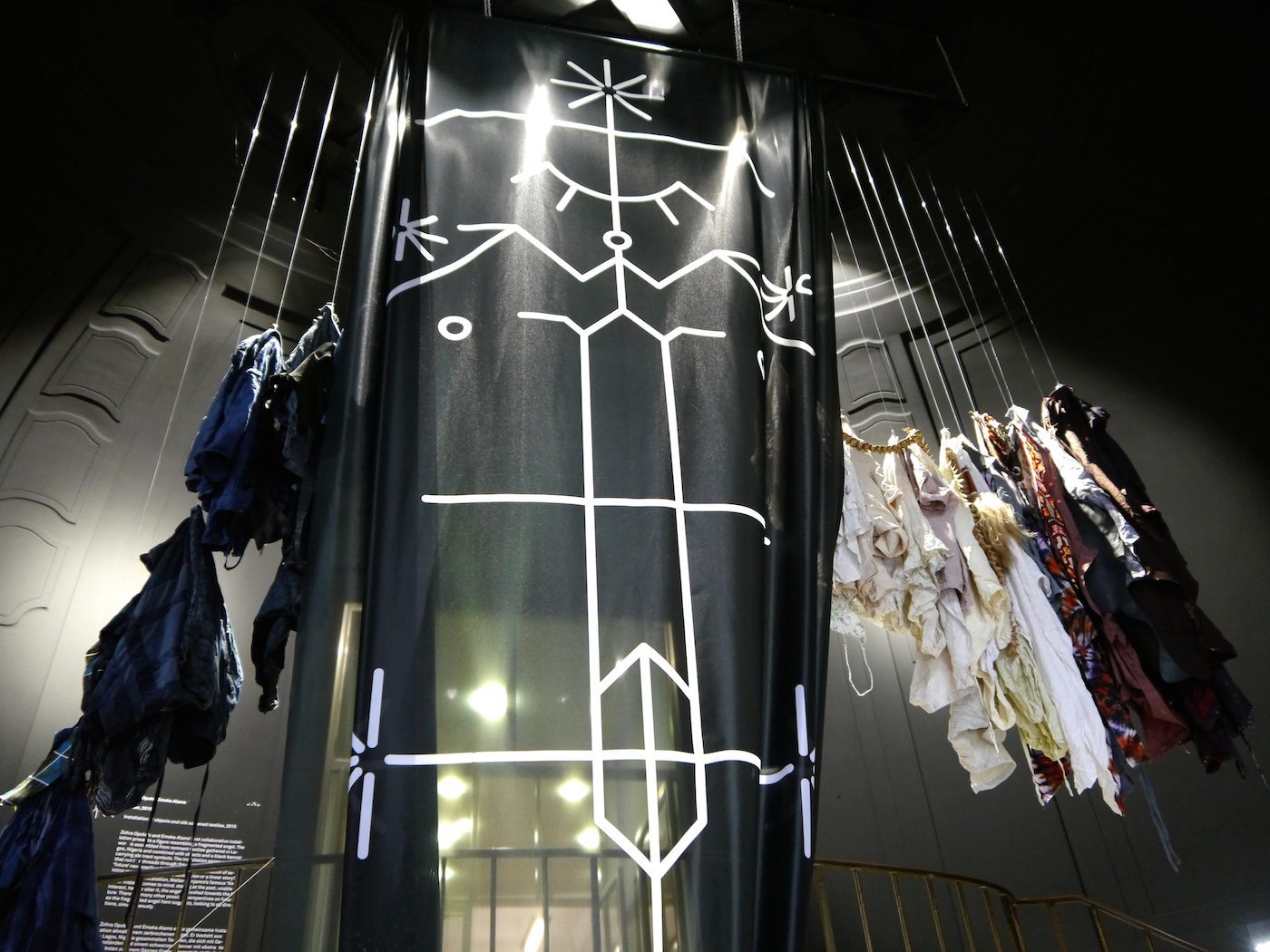 The Bayreuth Academy of Advanced African Studies, Iwalewahaus (University of Bayreuth) and the Goethe-Institut Kenya, in cooperation with the Nairobi National Museum are bringing the exhibition “FAVT: Future Africa Visions in Time” to Nairobi.

The exhibition will be open to the public from April 7th to 28th at the Nairobi National Museum. After the celebratory opening on April 6th, a framework programme will be offering free guided tours, panel discussions, artists’ talks, lectures, concerts, film screenings, and more.

The exhibition “FAVT: Future Africa Visions in Time”, which was first shown at Iwalewahaus, University of Bayreuth in 2016, explores visions of future emerging from Africa and its diasporas. Which concepts of future are developed in moments of uncertainty and rupture, e.g. during the First World War, or in the liberation movements? How is future represented and visualized in art and fiction? In which ways does the past resonate into the future? And how can we anticipate from a troubling present? The curatorial process itself was an extraordinary one: Contemporary artists and researchers teamed up to work on their fields of interest together, ranging from ‘middle class’ to ‘queer futures’. Through this approach, the exhibition opens up spaces for innovative dialogues and perspectives, abandoning a single interpretation.  Positions generated through this collaborative process also question academic knowledge production by aesthetically complicating them.

“FAVT: Future Africa Visions in Time” includes photography, installations, soundscapes, projections, text and performance. It serves as a public platform for discussing visions of future: The opening week will be framed by a programme presented by the Goethe-Institut Kenya, the Bayreuth Academy, the Iwalewahaus, the Institute of African Studies – Bayreuth, the DAAD Regional Office for Africa and the British Institute in Eastern Africa. It will intensify discussions of themes which are also reflected within the exhibition: “Middle class as fiction? Hopes, and the continuity of exclusion”, “The Future of Nature: Sustainability in the Anthropocene”, “Normalizing Mobility, Imagined Diasporas”, “Identities in Flux: Queering Futures”, and “Healing Hurts. Aesthetic and archival practices addressing traumatizing pasts”.

The Bayreuth Academy is an innovative research structure, which forms part of Bayreuth University. Since its inception in 2013, various artists and cultural producers have participated in and contributed to the work at the Bayreuth Academy, generating insights on topics such as “temporal orders”, “hope”, “utopia”, “dystopia” and “prognosis” amongst others. After the stop in Nairobi, “FAVT: Future Africa Visions in Time” is traveling on to Johannesburg, South Africa, and other destinations on the African continent in 2017 and 2018, in cooperation with the Goethe-Institutes. As a process of ongoing exchange, the exhibition is changing its focus and content at each stop and will be accompanied by a programme which ‘activates’ its theme.

A collaboration between the Bayreuth Academy of Advanced African Studies, Iwalewahaus Bayreuth and the Goethe-Institut Kenya