A group of emerging artists from Africa and the Diaspora, providing a glimpse of a generation of young artists that are challenging preconceptions surrounding the notion of “contemporary African art.” 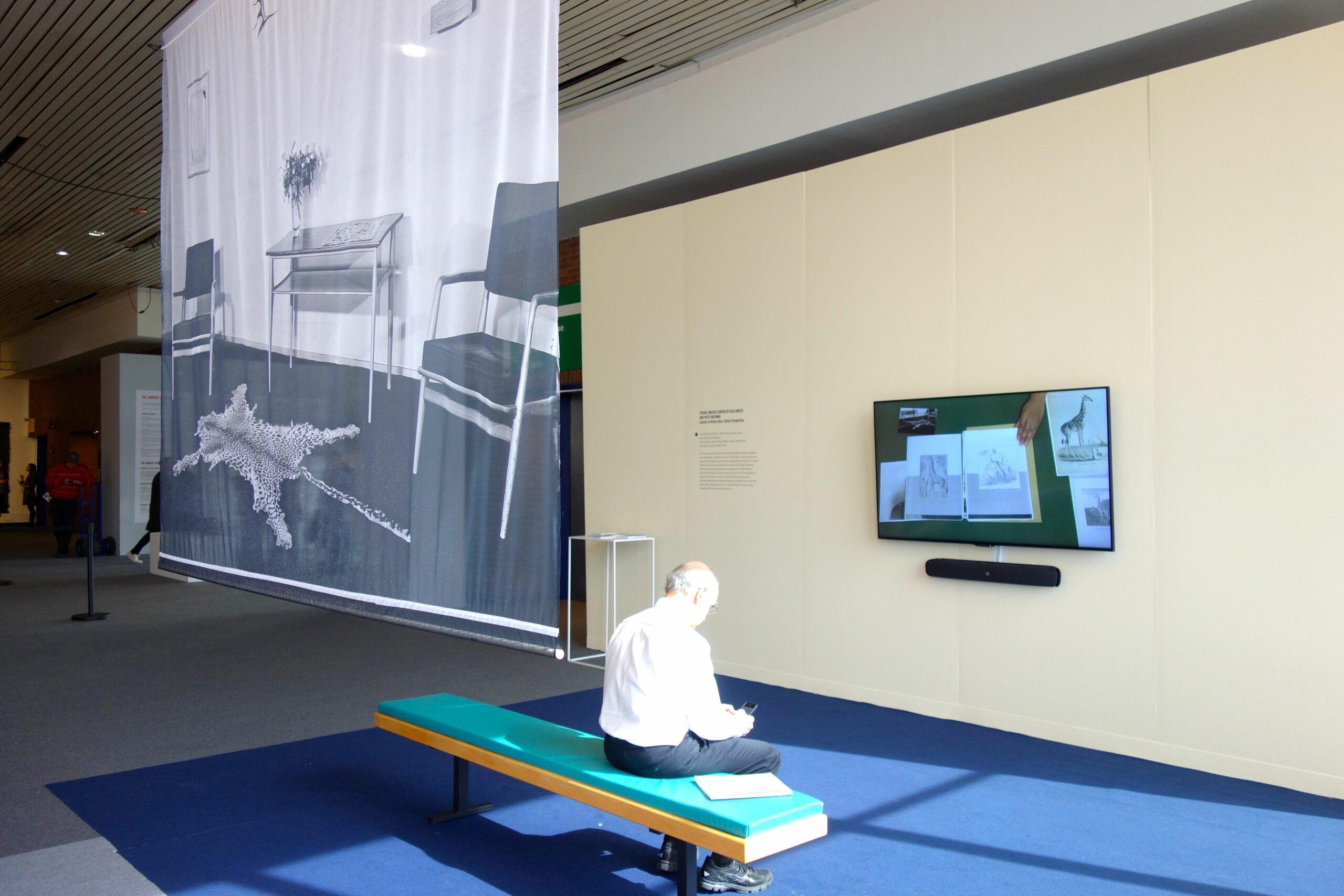 The Secretary’s Suite is an interactive installation that investigates the complexities of gift economies. The project’s point of departure examines the history and tradition of gifted items within the United Nations’ art collection and will be composed of a single-channel video and a viewing environment inspired by the 1961 office of the United Nations Secretary General. As part of this installation, visitors will be able to take a series of limited edition prints depicting gifts given throughout history. In addition to her on-site commission, Kiwanga will create a limited edition screen print benefiting The Museum of Modern Art. 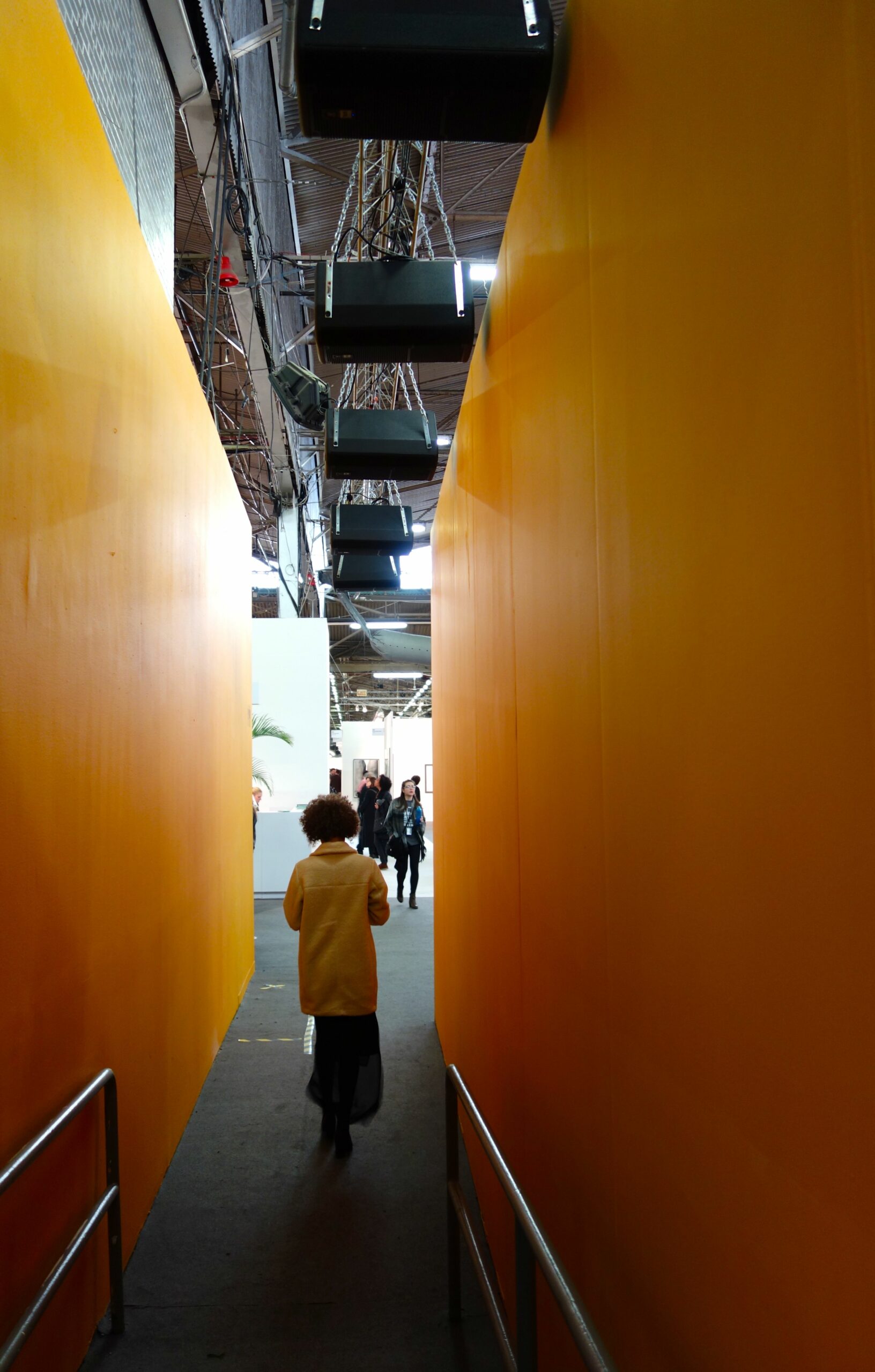 Oshodi v 2.0 is the latest iteration of Ogboh’s Oshodi Stock Exchange series, which combines sound with objects to explore the informal economy in Lagos. The aural environment focuses on the soundscapes of a Lagos bus station and the unique voices of its occupants; primarily itinerant hawkers, mini-buses, bus conductors, and drivers, salespeople, cobblers, mobile dispensaries, and bus passengers. This iteration reenacts the ebb and flow of the resilient energies found in this unique social space, which acts as a parallel economic sphere governed by its own internal dynamics and systems. The soundscape of the bus station is accompanied by piano scores by Kristian Kowatsch. 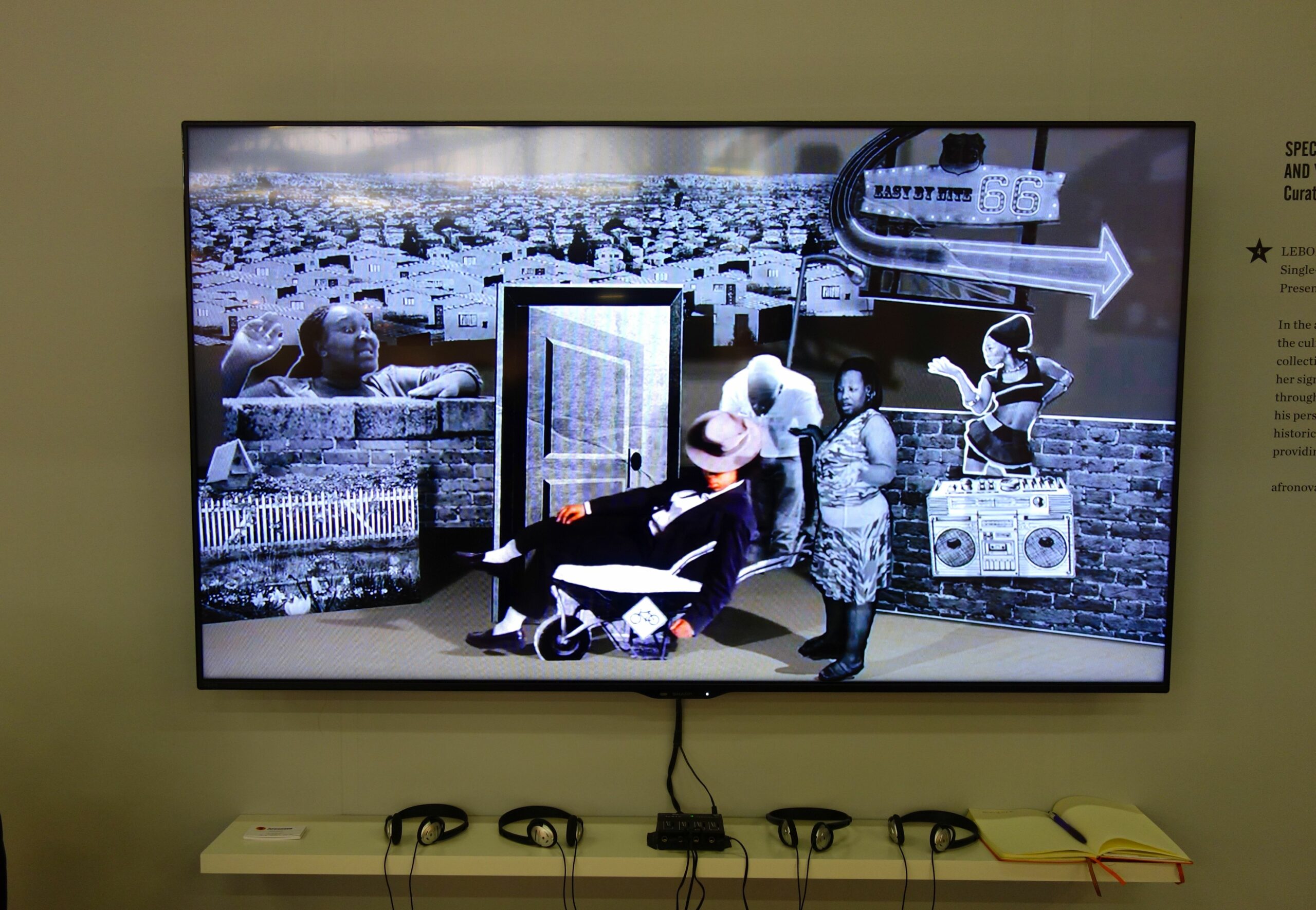 In the animation, Pied Piper’s Voyage, Lebohang Kganye presents the culmination of a year’s worth of research into the personal and collective histories of her family. In this work Kganye incorporates her signature black and white set-design to explore these histories through the personification of her grandfather. Kganye slips into his persona, dressing up as the patriarch, reimagining her family’s historic narratives and addressing the shifts in her role as a woman providing for her family. 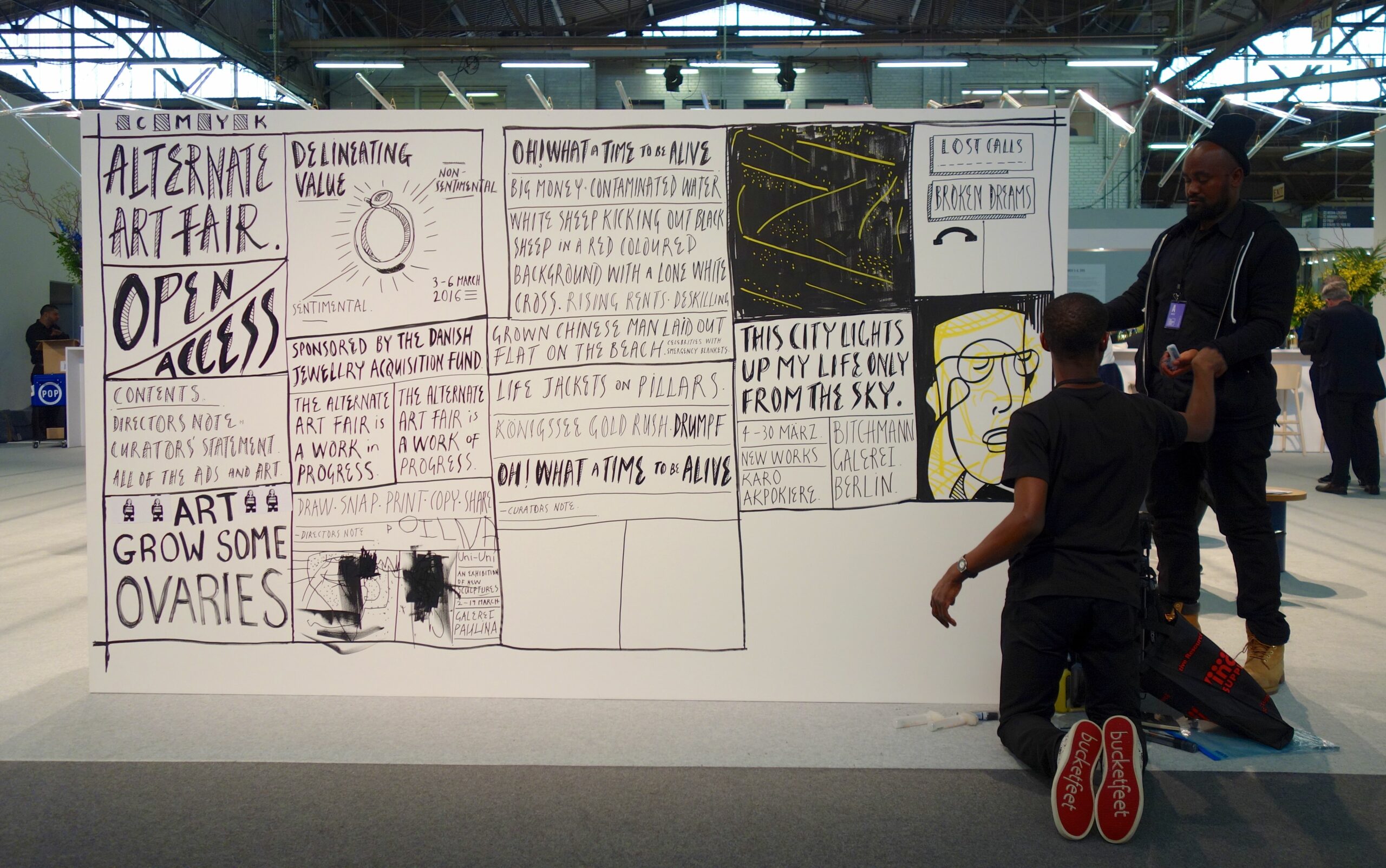 Alternate Art Fair is a live-drawing performance that will unfold over the course of the fair and features a collection of real and imagined experiences through the perspective of a stellar cast of fictitious artists and galleries. The visual and written language common to art magazines, catalogs, classified ads, and spam mail, in combination with the daily happenings during The Armory Show, will serve as source material for the creation of the performative installation. 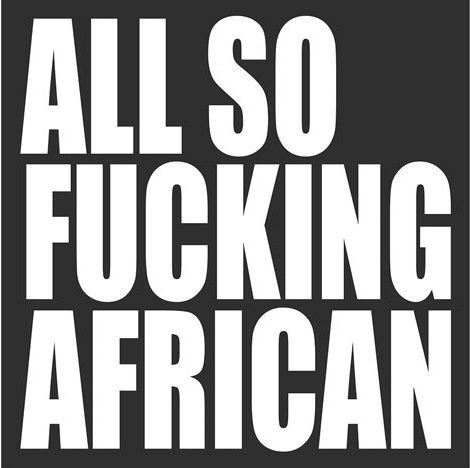 Young presents ALL SO FUCKING AFRICAN, a site-specific installation that combines humor with unexpected materials as a part of a series of text-based works. Threaded throughout the work is a biting wit, which becomes all the more disarming when coupled with Young’s cynical solemnity. The piece offers a multitude of layers with various double, even triple, entendres for the viewer to explore, while simultaneously critiquing the current automatic pimping of extrinsic cultures for the benefit of appearing as all-inclusive or alternative. 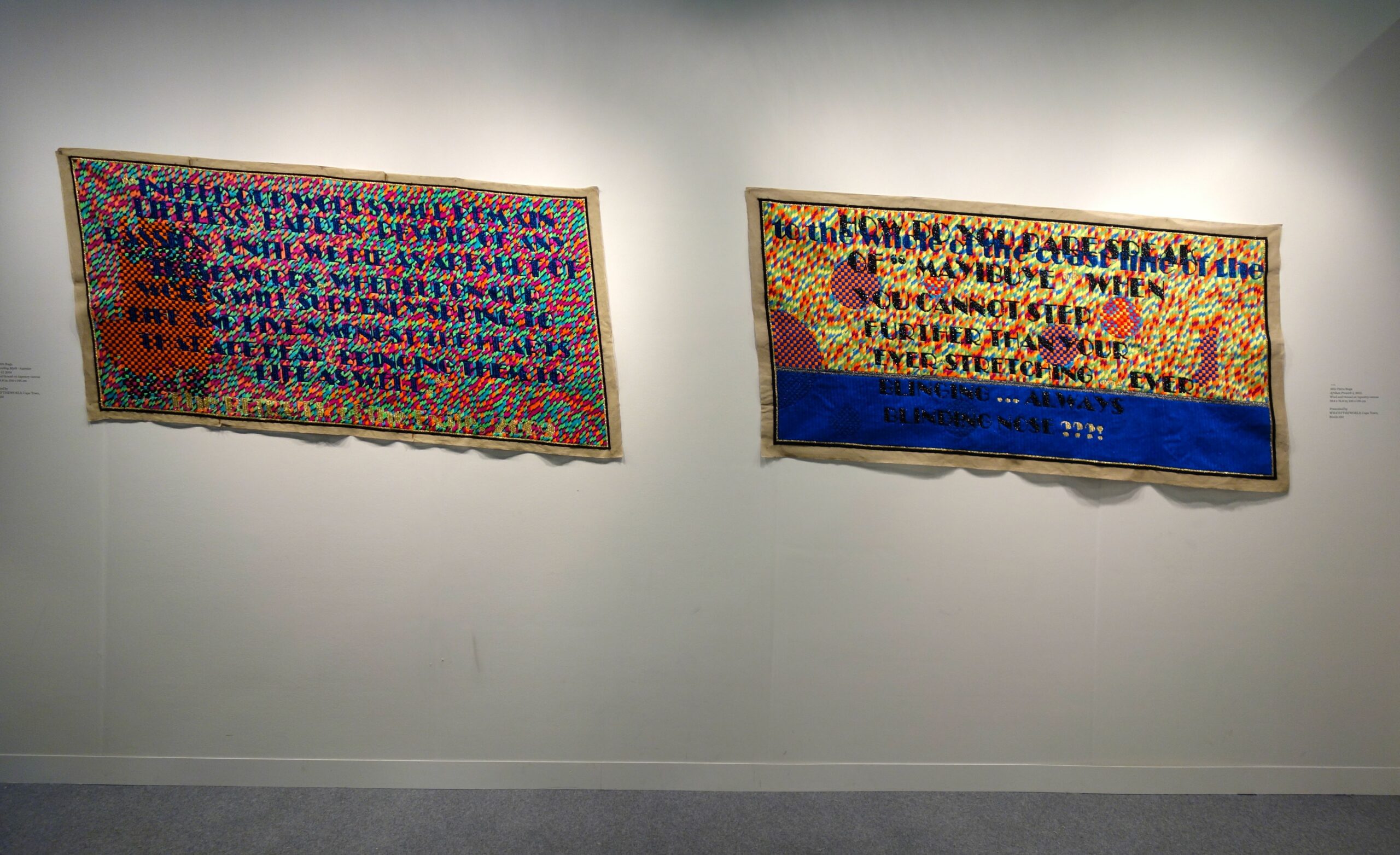 Athi-Patra Ruga, A Land Without a People for a People Without A Land, 2015
Petit point embroidery on tapestry canvas, acrylic, wool, and thread
Presented by WHATIFTHEWORLD, Cape Town, Booth 550
Pier 94: VIP Lounge

Athi-Patra Ruga’s recent body of work is a complex narrative of subjugation, exile, migration, and eventual conquest. It is an arena of fantasy in which the artist explores the construction of the nation-state and the accompanying power dynamics that play out in the political and social environment. Working in performance, textile, photography, and sculpture, Ruga has adopted the trope of myth as a contemporary response to the post-apartheid era. Ruga creates alternative identities and uses these avatars as a way to parody and critique the existing status quo. Through the creation of an intricate personal archive, Ruga uses a surrealist lens to reinterpret Africa’s imperialist past and its impact on the present. 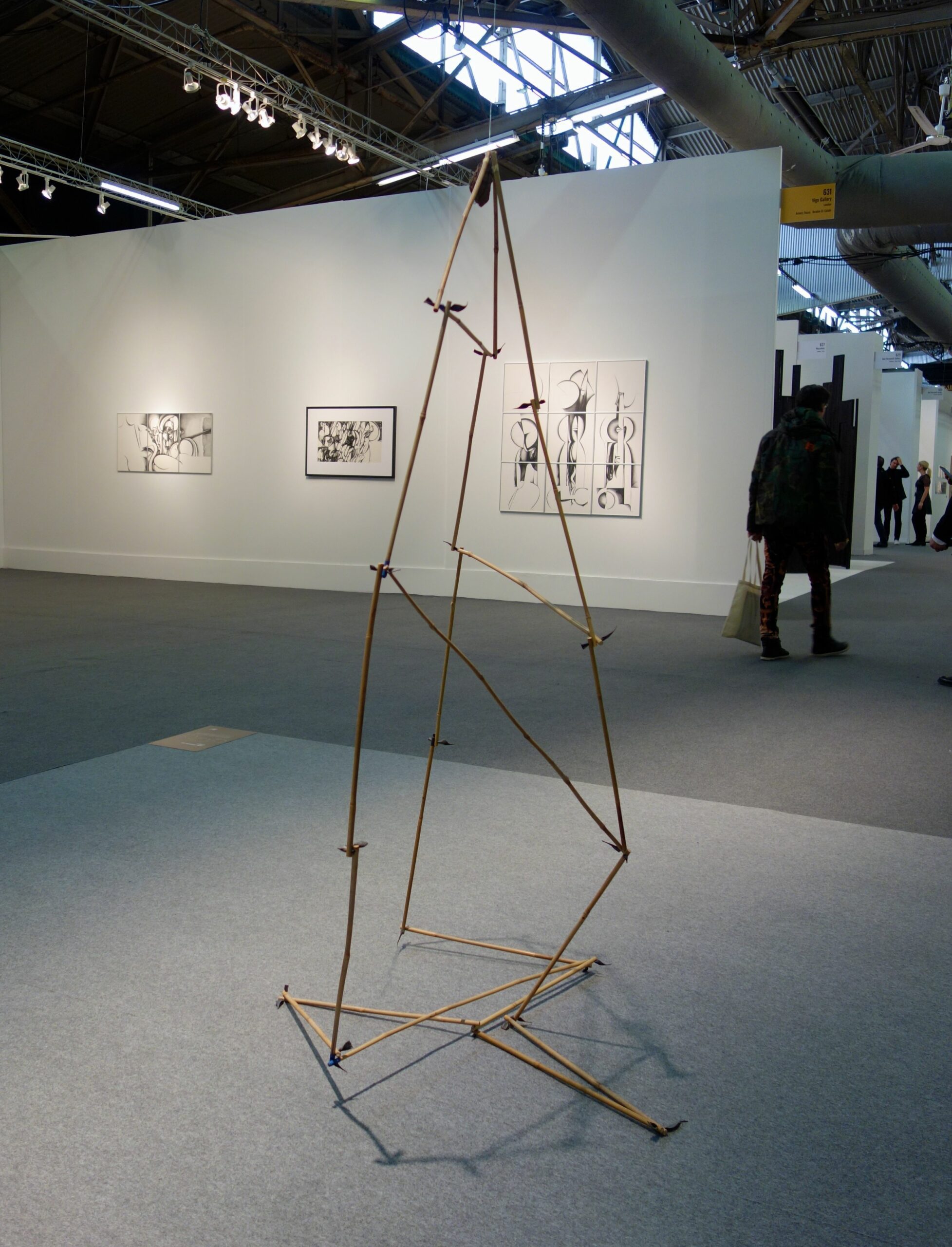 Loop with Bamboo III, first performed in 2009 and then again in 2012, is an example of the Jared Ginsburg’s investigation into cycles, loops and re-treading old ground. This kinetic installation is comprised of a motor, a bamboo object and a line connecting the two. Ascending and descending so slowly that its movements are near imperceptible the bamboo ‘dance’ begins as a pile of sticks, transforms into an elongated, angular form and deconstructs back into an unassuming pile of sticks. 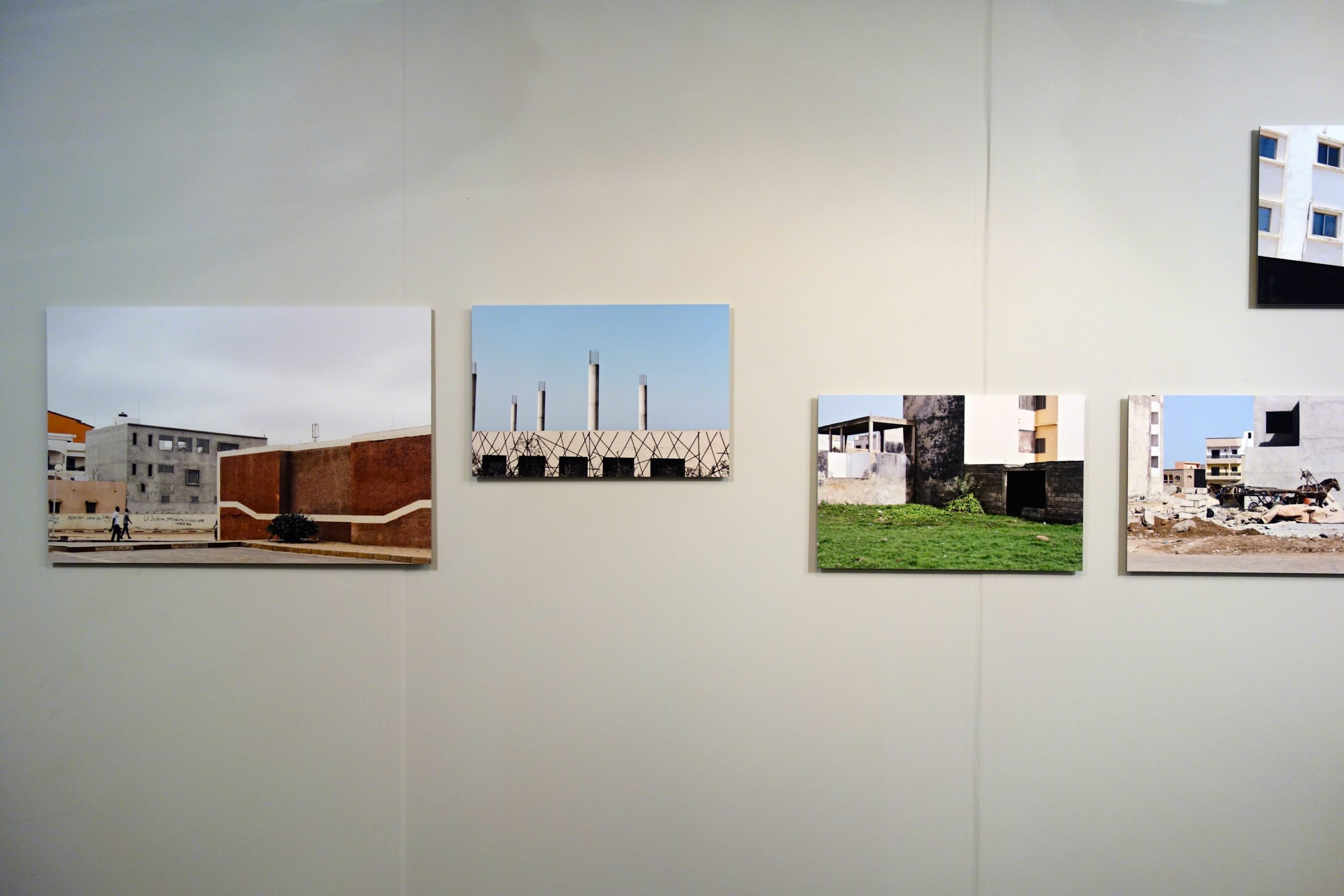 Mame-Diarra Niang’s photographs reflect on the plasticity of territory. They are in dialogue with it and its materials. The utopic landscape that emerges can be seen as a place for memory: a constellation of emotions, beliefs and imagination, loss and solitude. It is built by signifiers and metaphor. The images are imbued with a sense of longing and they seem to scatter clues of a land that never fully materializes. Within these created worlds a human presence occasionally appears: Niang names these characters sentinelles, satellites, or sometimes vigilia. Their purpose is not clear, they don’t fit in a given narrative but rather open up the possibility for the viewer to create their own imaginary territory.