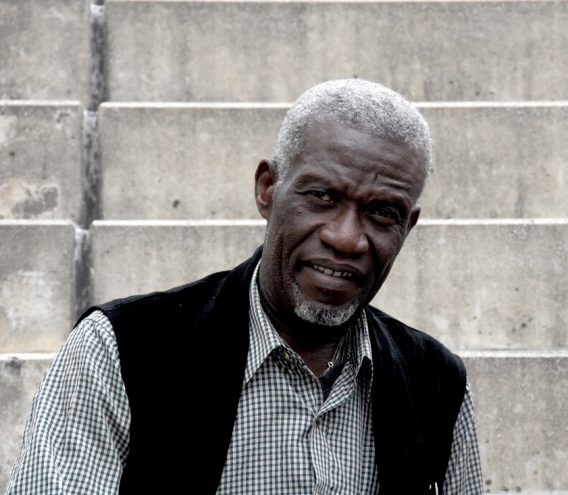 Georges Adéagbo has been awarded this year’s Finkenwerder Art Prize

On the occasion of the Finkenwerder Art Prize, the Kunsthaus Hamburg will present a solo exhibition from 5 September to 3 October 2017

Since 1999, the award, which is issued by the Kulturkreis Finkenwerder and comes with a prize donated by the company Airbus Operations, has gone out to artists who have made an outstanding artistic contribution to contemporary art in Germany.

Recent prize winners include the artists Almut Heise, George Rickey, Candida Höfer, Neo Rauch, Daniel Richter, Thorsten Brinkmann, Ulla von Brandenburg, and Christian Jankowski. With Georges Adéagbo (born 1942, lives in Cotonou, Benin, and Hamburg, Germany), the jury of five experts appointed by the Kulturkreis’s board of trustees is honouring an artist who is able to overcome cultural differences in a unique way and who manages to make the complexity of cultural identity comprehensible through his art.

Georges Adéagbo’s often site-specific, room-filling assemblages can be described as associative art historical puzzles. The individual fragments of his often large, multi-media collages consist of written documents, photographs, books, paintings, and objects, which Adéagbo collects on his travels, at flea markets, in his everyday surroundings, or in antiquarian bookshops. He organizes these items according to themes before assembling them into discursive but subjective narratives. His installations portray a broad range of different personalities, like Edith Piaf, Abraham Lincoln, or famous European philosophers. Or he uses abstract concepts such as foreignness, globalization, and colonialism as the starting point for his works.

In these arrangements, he juxtaposes the culture – along with its history and reception – of his West African home country of Benin with the European history of art and culture and a reflective approach to his own artistic practice. Academic discourses and everyday culture, the mainstream and minorities – all meet at eye level in his works. Through the way the artist arranges his disparate references and artefacts and comments on them in his own texts, narratives emerge that run counter to a one-sided reading of history. In the last 25 years, he has not only made an essential contribution to the engagement with Europe’s postcolonial legacy; he has also challenged the way we see “African” art in the Western art context. By reversing the role of the colonial “explorer”, Adéagbo deconstructs the mutually determining clichés and projections of the Other.

Georges Adéagbo, who did not receive a classic art education, was noticed fairly late by the international art world. Although he did not see himself as an artist, he independently put his ideas into practice every day in Cotonou, using found objects, images, and texts. Since the mid-1990s, he has become a regular fixture in prominent exhibitions, and he became the first African artist to receive an award for his participation in the 48th Venice Biennale in 1999. He took part in the documenta 11 in 2002 with a site-specific installation. He has also had solo exhibitions at the Museum Ludwig in Cologne (2004), the MAK in Vienna (2009), the MUSAC Leon (2011), and the Moderna Museet in Stockholm (2014). He is now one of the most famous West African artists and is internationally renowned. His most recent project in Hamburg was the public art installation in 2015 called Inverted Space, which he created in collaboration with the Kulturforum Süd-Nord (Stephan Köhler) and the project Stadtkuratorin.

On the occasion of the Finkenwerder Art Prize, the Kunsthaus Hamburg will present a solo exhibition from 5 September to 8 October 2017 that will offer extensive insight into the prize winner’s work. This will be the first time his works will be shown at an art institution in the City of Hamburg, which is his second home. Georges Adéagbo will also present a work on site for the award presentation on 31 August in the Airbus Factory in Finkenwerder, Hamburg.