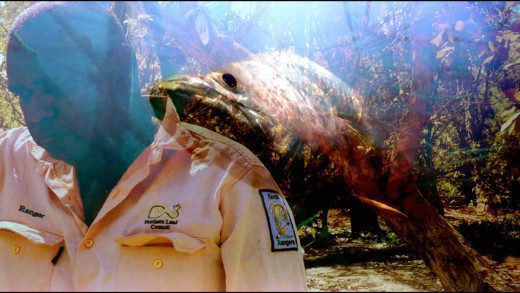 Riots: Slow Cancellation of the Future

Karrabing Film Collective, “The Jealous One” (still), 2017. Courtesy: the artists

The exhibition and the public programme in Chapter 4 of Untie to Tie examine structural conditions of the riot and its mutational econo­my.

The riot is an extra-ordinary setting that has played a pivotal role in the permanent con­frontation between dissent and power over cen­turies. The deeper crises of capitalism, racial violence, and communal tensions have convul­sed us into “an age of riots”. As master fictions of the sovereign nation-state implode and hegemonic silencing of the dispossessed only serves to reveal the cracks in governability, the exhibition Riots: Slow Cancellation of the Future brings together artistic works and research positions from across the world in an endeavour to “sense” and chronicle recent riots and uprisings – evoking a phenomenology of the multitude.

The public programme Riots: Dissent and Spectres, Control and Ruptures at Acud Macht Neu (Studio) rethinks and reframes riots through a series of conversations, performances, and screenings. We will ask how riots inhabit and renegotiate the status quo within global metropoles, while also becoming the testing grounds of militarised urbanism targeting vulnerable and racialised groups.

With excerpts from Sonic Panoramas by Younes Baba-Ali and Anna Raimondo, Saout Radio

Additional information as well as the detailed programme can be found at untietotie.org or acudmachtneu.de.

About „Untie to Tie – On Colonial Legacies and Contemporary Societies“

In times of cultural misperceptions and silenced stories, increasing nationalism, discrimina­tion and intolerance across the globe, Untie to Tie invites audiences to reflect on the impact of colonial legacies which have formed modern societies in the first place, and which continue to globally influence our contemporary realities. With Untie to Tie, ifa Gallery Berlin presents a one-year research and exhibition programme. From April 2017 to April 2018, four chapters address the colonial legacies on contemporary societies through the following angles: global relatedness, urban cultures, intersectional feminisms with a closing chapter dedicated to riots and resistance. untietotie.org