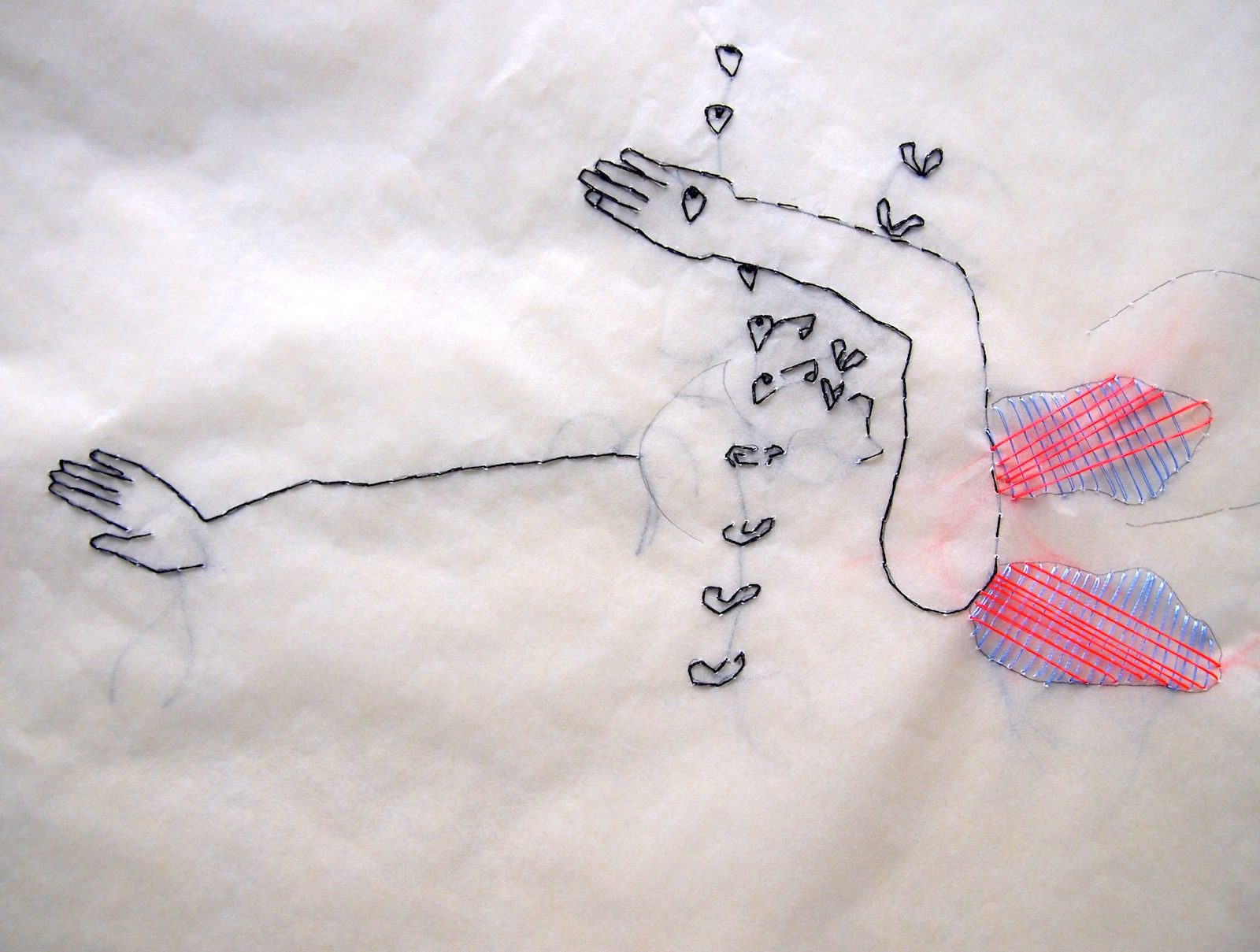 Wura-Natasha Ogunji: Every Mask I Ever Loved

Wura-Natasha Ogunji, 'But I Am Breathing Under Water'

In “Every Mask I Ever Loved” Wura-Natasha Ogunji presents a series of newly commissioned drawings and performances – including re-creations of her performances “Sweep”, “The Kissing Mask”, and “If I loved you” – thereby continuing her exploration of the presence of women in both public and private space. Alongside the programme of performances, the exhibition consists of a display of works – textile masks and video – that are instrumental within the performances or act as echoes of it.

Ogunji’s practice – through drawings (comprised of hand-stitched figures on architectural trace paper), video and performance art – explores physicality, endurance and gestures of the body; our relationship to geographical, architectural and filmic space; as well as memory and history. Many of her performances highlight the relationship between the body and social power and presence, investigating how women, in particular, occupy space through both epic and ordinary actions.

Splitting her time between Austin and Lagos for many years, Ogunji was deeply influenced by her experience of living between two countries and, more recently, of residing in Lagos. “Sweep” was originally performed during Ogunji’s first visit to Nigeria. As she explains, she wanted the land to remember her presence. She has since performed “Sweep” in different contexts and countries, deepening her thinking about the presence of women within those societies, and exploring the notion of homeland and diasporic identity. “The Kissing Mask” and “If I loved you” are ways to experiment with notions of self-consciousness, intimacy and privacy, and what one could call “the limits of empathy and identification.” (Kathy-Ann Tan, 2016).

Being the third chapter, dedicated to feminisms, of Untie to Tie – On Colonial Legacies and Contemporary Societies, the accompanying programme of the exhibition is thought of as an opportunity to remember that there are “striking parallels between sexual violence against individual women and neo-colonial violence against people and nations” (Angela Davis, 1985). It also wishes to question the notion of women’s rights in a postcolonial context; these being still very much defined only by some. “Every Mask I Ever Loved” presents a moment to re-think feminisms transnationally, and acts as a call, as explored by Ogunji, to consider geographic presence and specificity, and individual narratives.

Friday, 29 September:
Performance “If I loved you”, 6 pm
Artist’s and Curator’s Talk, 7 pm

2pm Performance: Wura-Natasha Ogunji “The Kissing Mask”
„The Kissing Mask “is inspired by one of ruby onyinyechi amanze’s drawings titled: „that low hanging kind of sun, the one that lingers two feet above your head, (never dying) house plants in exchange for your freedom…orchids in exchange for your love, who are you kissing, when you kiss a mask?“
The kissing Mask reconnects the ‘artifact’ to the present moment by proposing an intimate act between artist, mask and viewer.

2:30pm Discussion with the performers

3pm Lecture by Eva Barois De Caevel: “Acting Decolonially – From Adrian To Zora – Black Women Performing” (EN)
An art history journey through works by Black African, American, and European women artists from the 20th and 21st centuries whose  performances  (in a broad sense) disrupted colonial thought. Starting with Adrian Piper and her  Calling Cards , ending with Zora Neale Hurston and her dance stagings, meeting Grace Jones’s boldness on the way.

4pm Kathy-Ann Tan and Wura-Natasha Ogunji in conversation: “Performance, Masking and ‘the limits of empathy and identification’” (EN)

Wura-Natasha Ogunji (b.1970 in St. Louis, USA, based in Lagos, Nigeria) holds a BA in Anthropology from Stanford University and an MFA in Photography from San Jose State University. She is a recipient of the prestigious John Simon Guggenheim Memorial Foundation Fellowship and has received grants from the National Performance Network, The Pollock-Krasner Foundation, The Dallas Museum of Art and the Idea Fund.

With the programme “Untie to Tie – On Colonial Legacies and Contemporary Societies“, the ifa Gallery Berlin invites to reflect on the impacts of colonial legacies which continue to globally influence contemporary realities and everyday life. From April 2017 to April 2018, four chapters will address this topic through different lenses: global relatedness, urban cultures, intersectional feminism, and a closing chapter dedicated to riots and resistance.