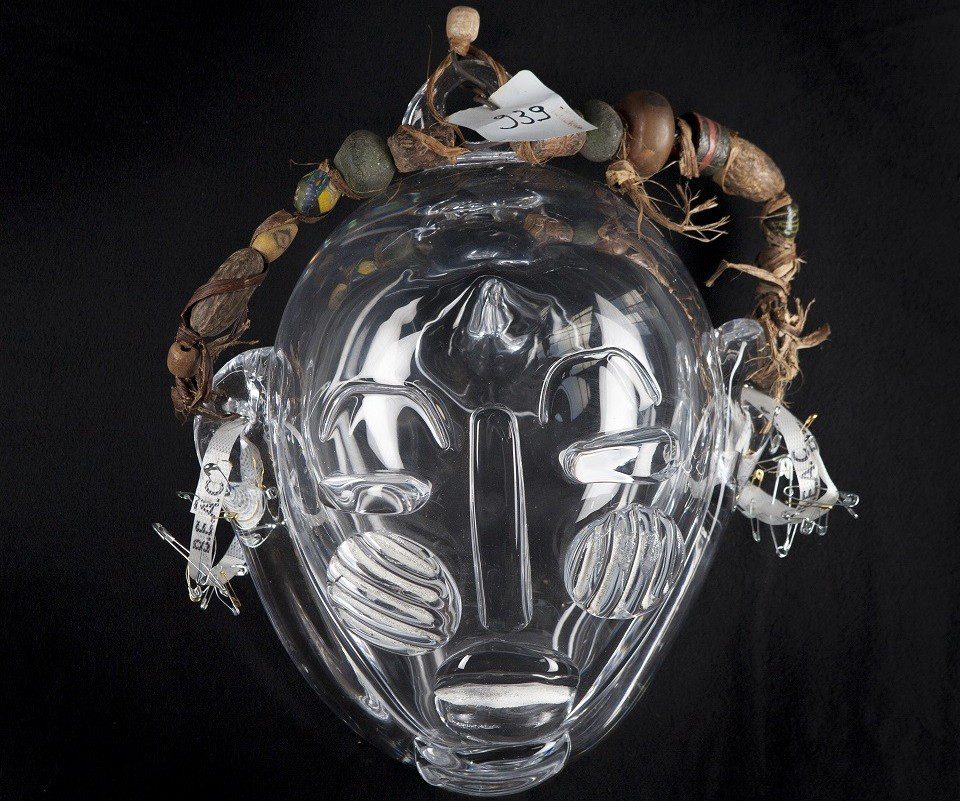 ifa-Galerie Berlin evolves into a meeting space, both as a physical and a digital platform for encounter between stories spoken, crafted or danced to life. With the one-year research and exhibition program “UNTIE TO TIE, on colonial legacies and contemporary societies,” the ifa-Galerie Berlin invites to explore the interfaces between artistic and social discourses related to the colonial structures in contemporary realities. It unveils unexpected echoes, exploring unconscious and hidden aspects of colonial influences that linger in the everyday.

To create more space for this exchange between subjective positions, the ifa Galerie is developing a new structure based on three pillars: Art in Conversation, with the exhibition in dialog with a public programme; a meeting point with a reading station and a hearing station; and a digital platform.

In times of cultural misperceptions and silenced stories, increasing nationalism, discrimination and intolerance across the globe, “UNTIE TO TIE” invites reflection on the impacts of colonial legacies which dictated the trajectory of thought and development in modern societies, and which continue to globally influence our contemporary realities today and its impacts on the everyday life. From March 2017 to March 2018, four chapters will address colonial legacies on contemporary societies through different lenses: global relatedness, urban cultures, intersectional feminism, and a closing chapter dedicated to riots and resistance.

The first chapter, dedicated to global relatedness, takes as a starting point the idea of the “Tout Monde” conceived by the poet and philosopher Edouard Glissant: a mosaic of individual positions combined with accelerated interactions between languages, peoples and societies. This space of mutual influence and exchange celebrates the encounter between a plurality of perspectives and subjective knowledge, questioning universal, absolute and normative concepts. Glissant’s philosophy offers new images to frame how diversity and plurality are at play, forming our global realities. Through the Art In Conversation / the meeting point / digital platform, the first chapter will investigate if and how these ideas might translate into cultural practices in everyday life.

Kolmanskop Dream: Pascale Marthine Tayou
In his solo exhibition Kolmanskop Dream, Tayou creates a mental sculpture of the city of Kolmanskop, a former colonial German settlement and a living ghost town in the Namib Desert, asking: “la raison du plus fort est-elle toujours la meilleure?” (Is the argument of the strongest always the best?).

Today, the houses in Kolmanskop, are indeed swallowed by the sand of the desert but underneath the visible and obvious, the hidden colonial structures persist through memories and knowledge, social and cultural relations, mindsets and practices.

Tayou interweaves forgotten stories, hidden memories and contemporary images as he investigates the colonial wounds and its topography nowadays, as well as their places in our individual and collective memories.

“Pascale Marthine Tayou’s world,” as Bernard Blistène says, embodies what the poet and philosopher Edouard Glissant calls a “philosophy of the relationship” and the thought of a global relatedness.(1) He embraces the world’s connected realitie, bringing together nontangible impressions and materials, fragments of moments he collected from the succession of places he inhabited, whether for an hour or for ten years.

Tayou also plays with “exoticizing” stereotypes, mirroring the gaze back on Africa. In his installation, “Branches of Life”, he takes the symbol of the African mask, transforming it from a fantasized figure of power into shiny and vulnerable crystal, delicately dangling from the branches. He challenges the meaning of the African masks, widespread over the West and denounces their usage as speculative commodities, in what Tayou calls a ‘voodooization’ of the everyday life.”(2)

With his installations, Tayou’s loud laughing shakes the neurotic, manicured colonial walls. No, Pascale, to answer your question, the reason of the strongest cannot always be the best. As you show here, each one of us holds the wholeness of the world within himself, which means that there just cannot be an everlasting strongest.