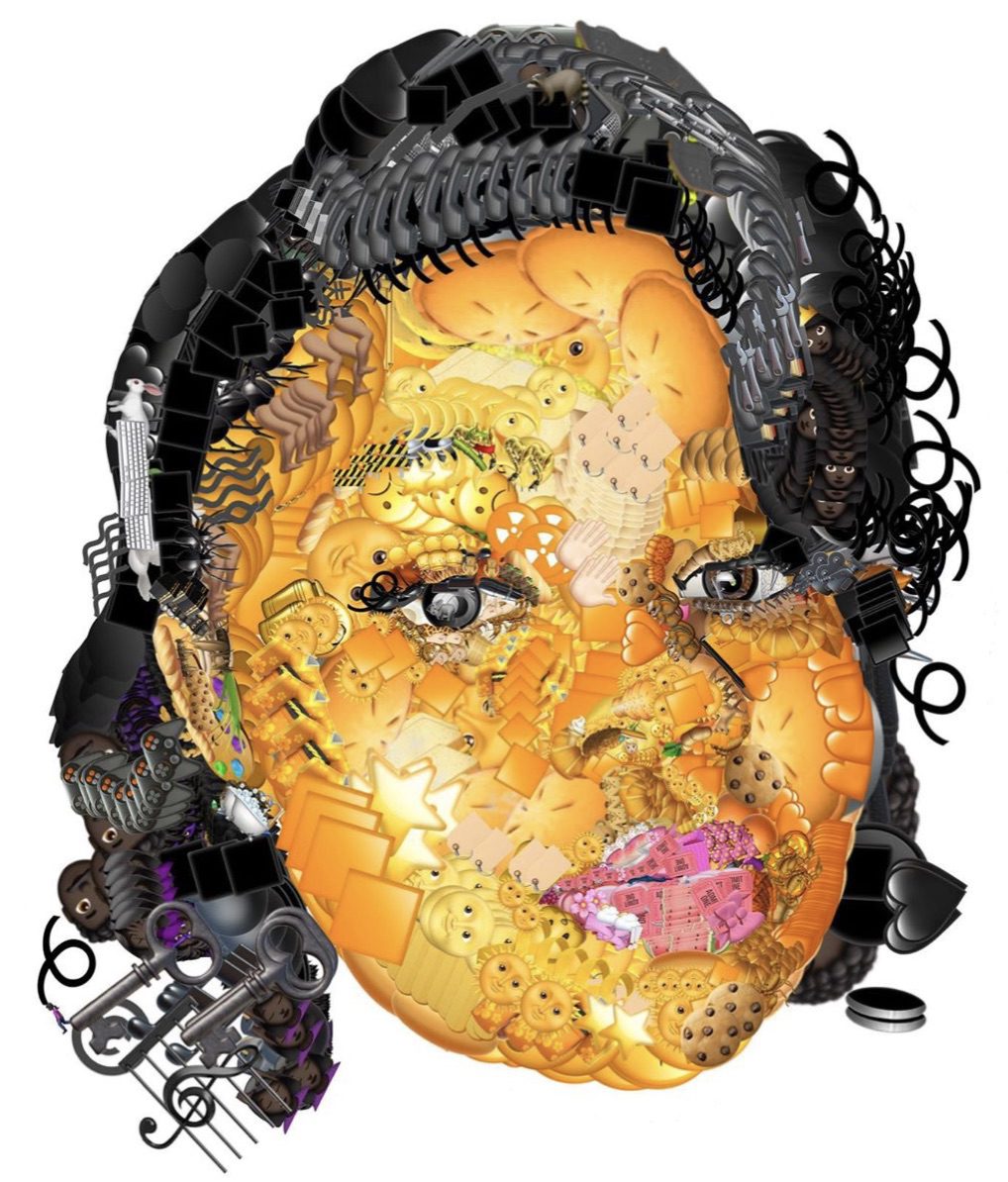 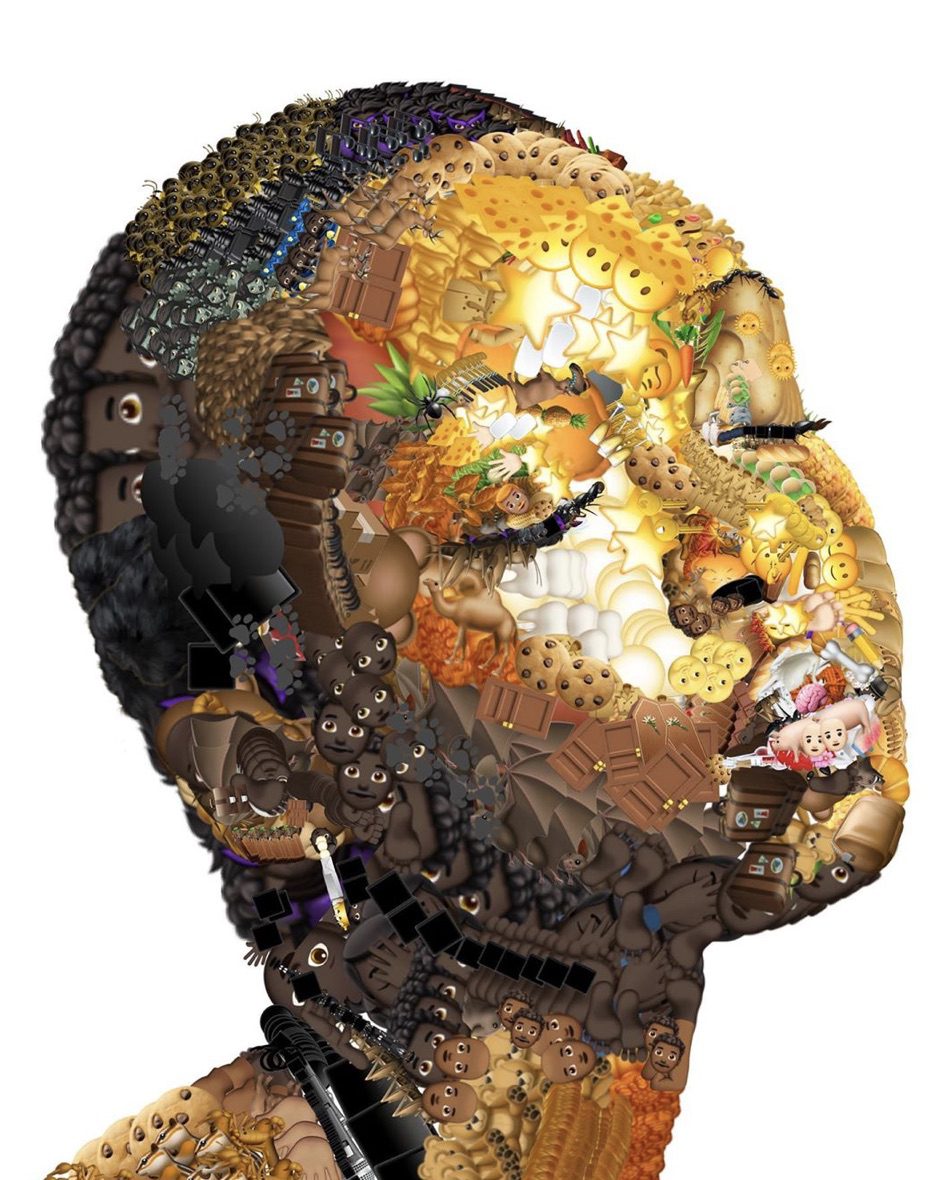 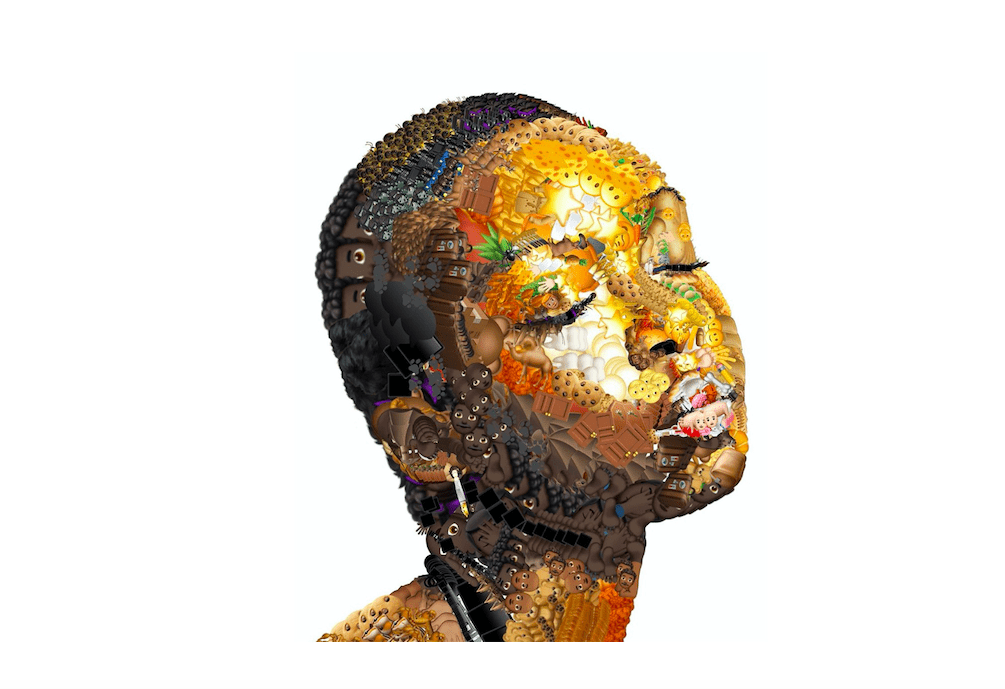 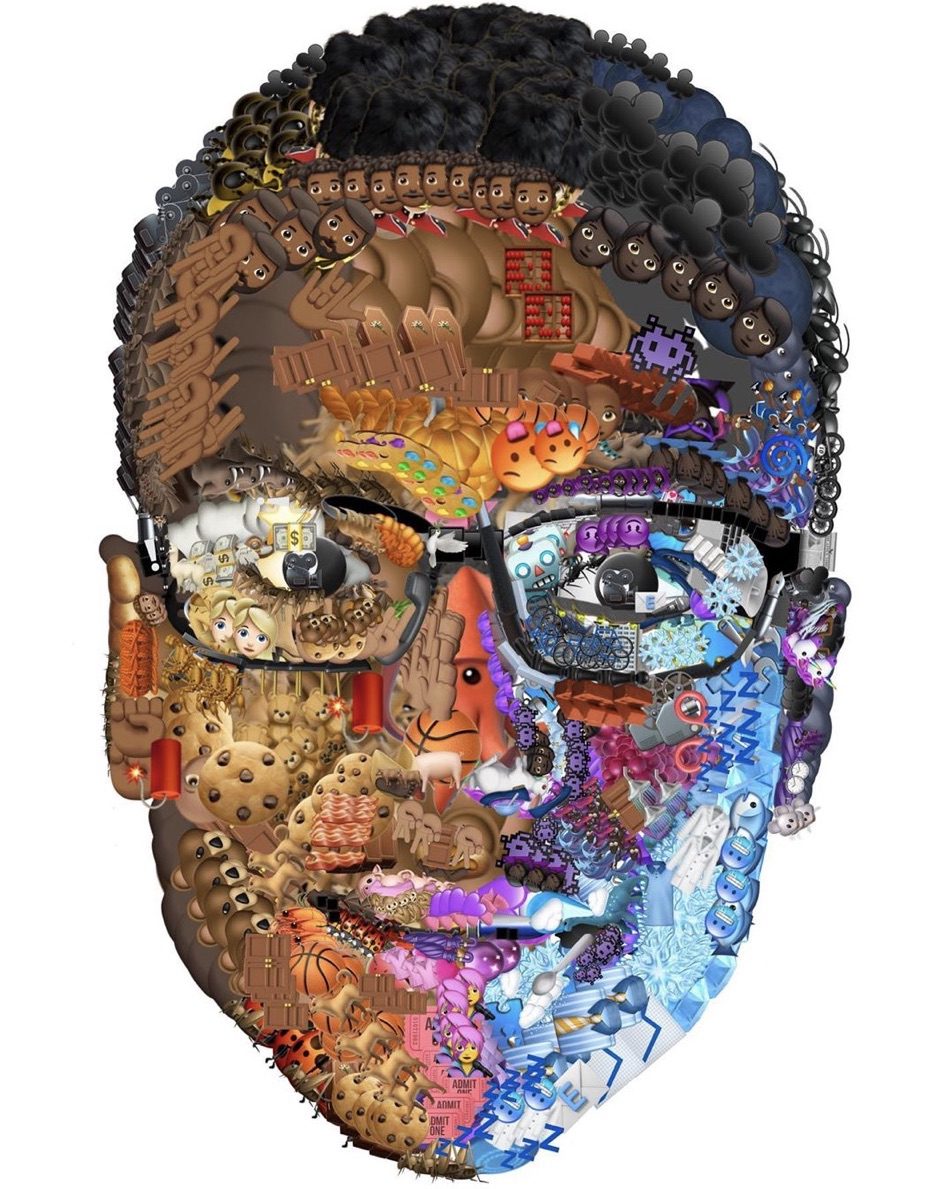 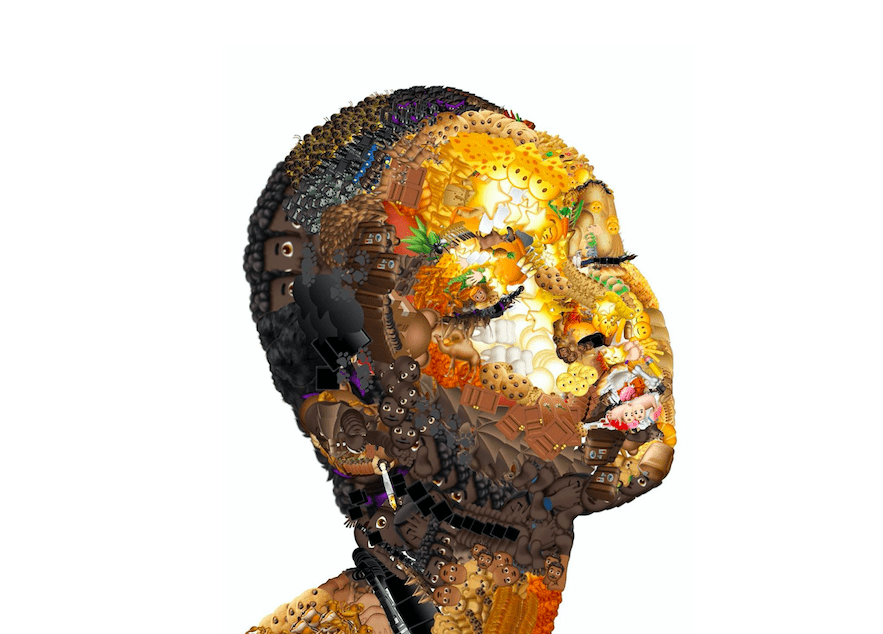 As emojis have begun to reflect our identities, Los Angeles artist and rapper yungjake has created an entire art form with his emoji-pointalist portraits of Black people.

Recently I met a woman who expressed the same mutual admiration for the 🦐 as I. This moment seemed important for some reason – seeing her face light up as our solidarity was established. And since then I have replayed the interaction in my mind as one of those looping, I-can’t-puzzle-this-out type of exchanges. Maybe it was the fact that we shared such an obscure interest – something we thought others didn’t care to notice, or would have found strange? Or maybe it was the context in which this discovery came about, getting to know each other, sharing space, sharing time, and now sharing our digital selves as well?

The thing is, the 🦐 is just superior in so many ways. Of course there are other greats: 👻👾🧚‍♀️🦑🌚☃️🛸🕳🧼🛒, to list a few. But to express my particular admiration for 🦐 I have composed an ode. An Ode to the 🦐

The color of a warm sunset or a juicy cantaloupe and those things that offer up joy.
Used on its own as a salutation or a check-in with a loved one.
Purely existing in its cuteness
though not defined by such.
Found in the Animal Kingdom not filled as scampi or fruit de la mer,
it is alive and well swimming along in the big Ocean, or Sea.
Such a little Being adrift on such a vast planet, maybe I see myself reflected in 🦐
or 🦐 reflected in me.
As I child I often rejected
the crunch of its cartilage between my teeth,
feeling like the destructor of structure
it was too much for me.
Feelers that double the size of its body,
it is the empath of emojis.
Curving in on itself
Its form indicates introspection
And big black eyes make you feel seen,
just a little more.

Emojis have begun to reflect our identities more and more in the last few years, and this I-see-you nature or you-get-to-choose element of inserting personal, pictorial representations of inner thoughts or self-identity gives people more power when communicating with each other. We can choose the sex of the emojis we use. We can choose the skin color. Identity becomes linguistic through this intentional visuality.

An ode to one emoji is one thing, but an entire art form or style is another. I want to refer here to the contemporary artist yungjake. A Los Angeles-based artist and rapper whose work consists of emoji-pointalist portraits (along with sculpture, painting, video, and performance works), yungjake exposes the blurring relations between art, internet, hip-hop, and our interaction with consumer and digital culture. He exemplifies the truth that is: emojis as a form of communication are not only embedded in our lives, but also function as a visual tool, transcending their original intent. Reconfiguring emojis into one portrait/face, he represents individuals who, to me, become a composition of message. When I was reading up on his work and process, I found an article by María Isabel Carrasco Cara Chards stating that he takes “celebrities and public figures as his protagonists.” If we take this statement and look at his most recent work produced in 2020, we see a deeper message. As of now, July 2020, the last five works created and posted on his Instagram (which is the main platform on which he shows these works: @yungjake) were portraits of George Floyd, Breonna Taylor, Oluwatoyin Salau, Rayshard Brooks, and Elijah McClain. yungjake aligns these individuals with celebrities and public figures through his production of their portraits. Through his captions, though, he elevates their lives and importance far beyond his usual subjects. As emojis, celebrities, public figures, and internet/social media-based art are daily parts of the Internet User of 2020’s feed so it should be emphasized that the names and faces of Black individuals murdered by United States police and acts of racial hate are a part of it as well. And yungjake is using his large platform to spread his thoughts on the events and lives of our time. A short timeline of his posts on Instagram:

June 21st: (Father’s Day in the US): rayshard brooks a father of 4 was killed a day before his daughter’s 8th birthday. happy father’s day.

Just as the emoji allows us to communicate beyond spoken and written language, platforms like Instagram allow artists to speak beyond traditional gallery cards/catalogues/labels. A direct line of communication to the public.

Rest in Power to George Floyd, Breonna Taylor, Oluwatoyin Salau, Rayshard Brooks, Elijah McClain, and to the many more Black lives that have been taken via this epidemic that is whiteness and the brutality that it has produced.

Elise Beuke is a practicing artist, independant writer, lover of post internet art and current masters student at the Institue of European Design receiving her degree in Curatorial Practice.

Find a List of Freedom Funds and Mutual Aid Networks in the US here.

Official go fund me supporting the family of Rayshard Brooks