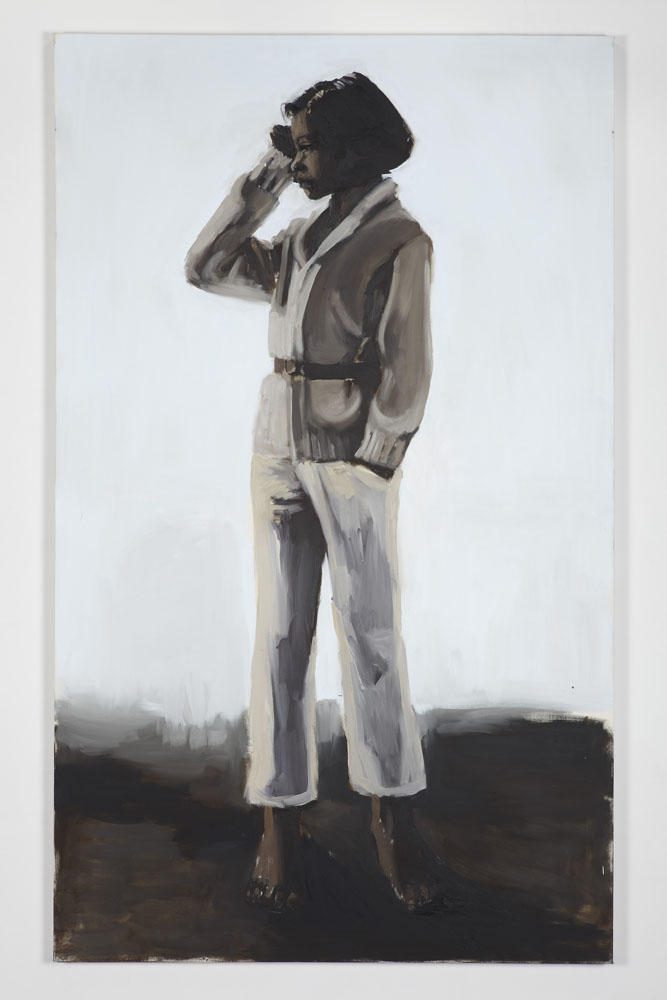 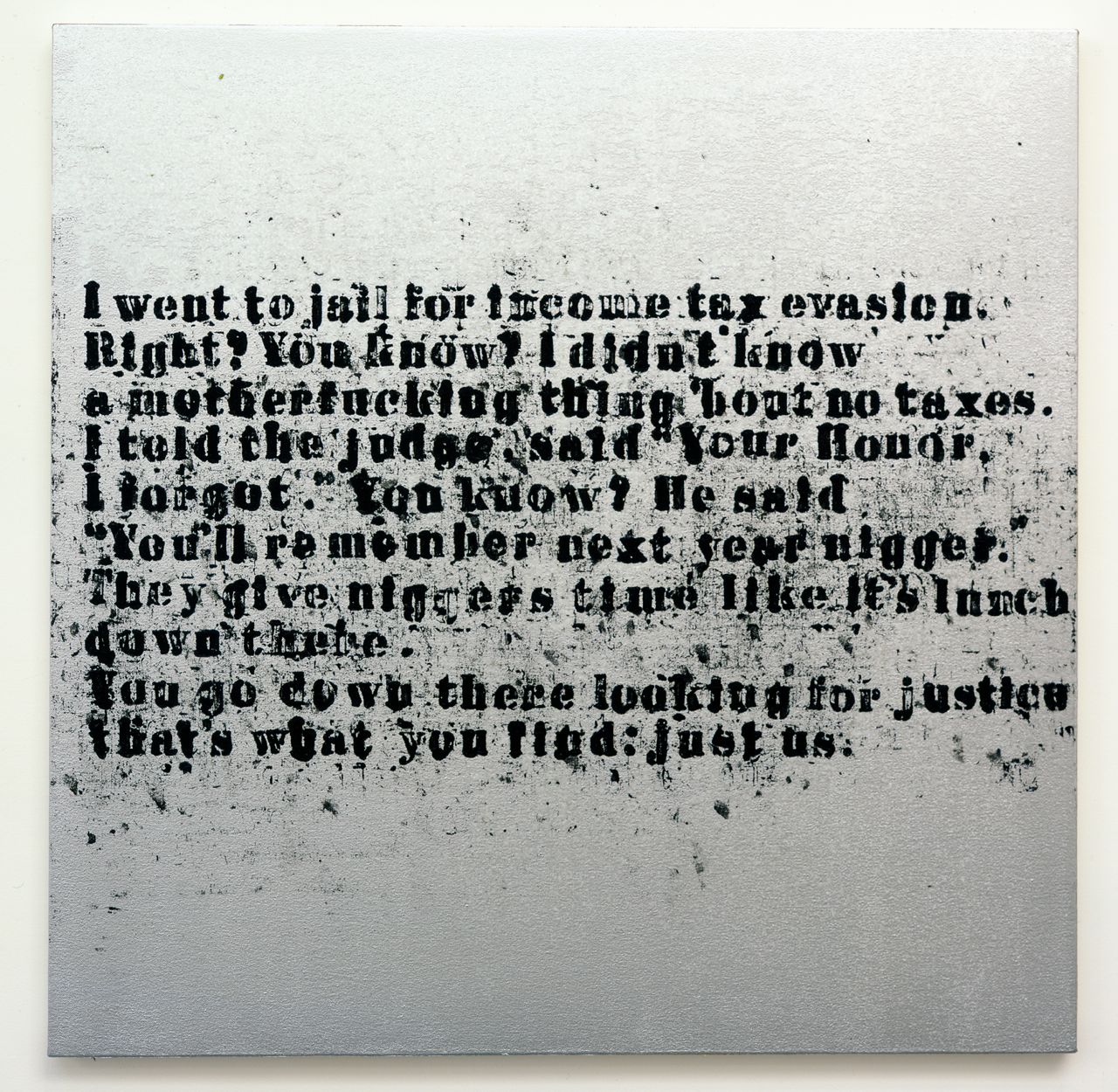 Glenn Ligon Just Us #6, 2008. Acrylic and oilstick on canvas, Photo courtesy of the Danjuma Collection
2/3
2/3 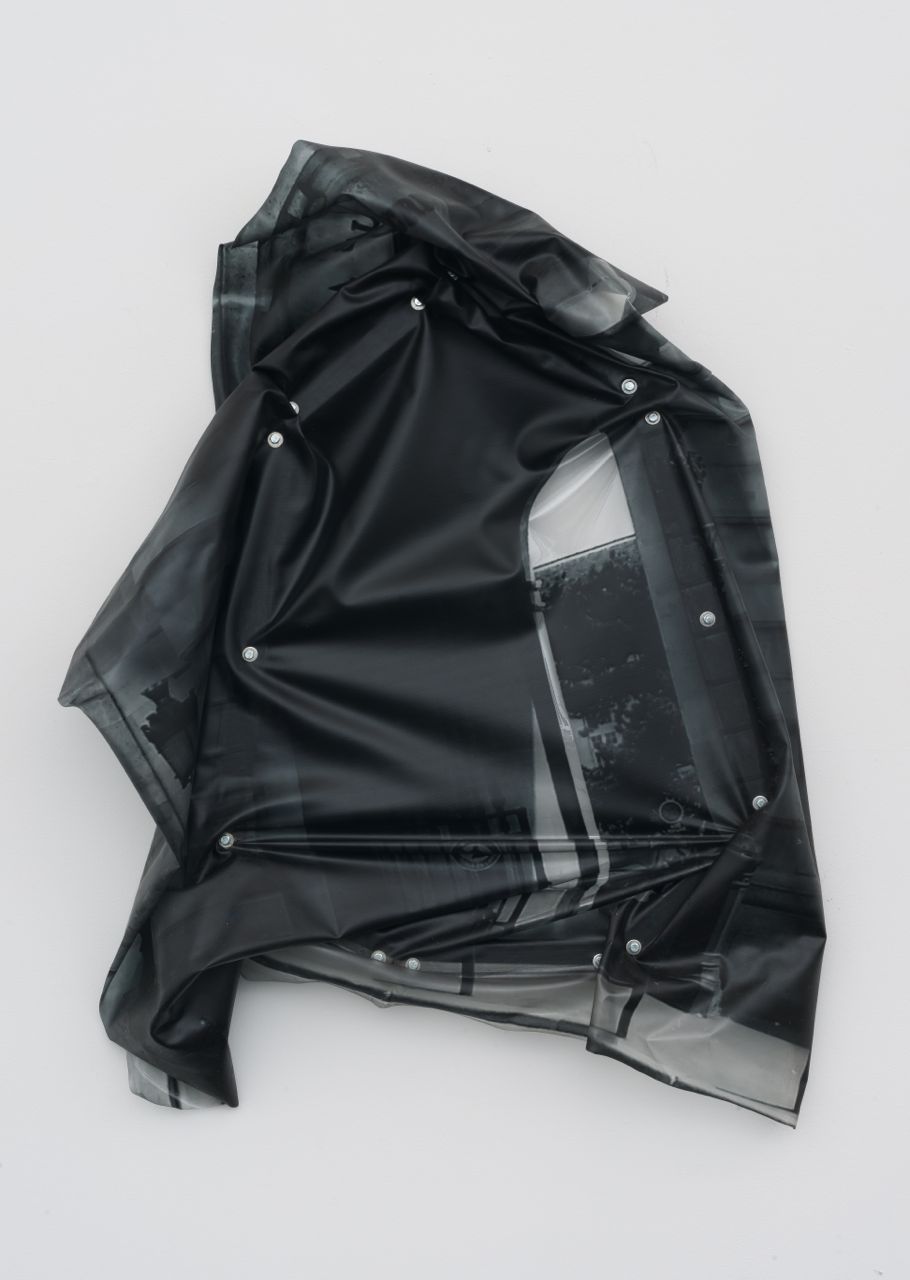 In conversation with the young collector Theo Danjuma

“You are not just in your own geography”

C&: Did you have an artistic background in your childhood?

Theo Danjuma: Yes, I was always interested in art. I always loved to draw from a really young age. But it was also actually affecting my grades. At school I would be sitting with a sketchbook just drawing in the back of the class. As a consequence my grades suffered, and I was quickly told to change what I was doing. So I’ve always loved drawing and art in general. I studied history and politics at Nottingham University; however, after I graduated in 2008, I had this urge to explore my artistic interests again. So I ended up going back to school. I did a foundation course at Chelsea College of Art and I’m glad I did it, definitely.

C&: What was your impetus for collecting art from African and diasporan contexts?

TD: Through the courses at Chelsea, I was going to museums, galleries, and so on. But the African focus of the collection stems from our own experiences. This reflects who my family and I are: we are not only from Africa, as Nigerians, but also have a very international outlook. I was born and educated in England, whereas my sisters were educated in the States for a time and my brother lived there for a while too.

C&: Your art collection will go on display for the first time during Frieze London. Please tell us a bit more about this show.

TD: The show is called One Man’s Trash is Another Man’s Treasure. There are essentially two different aspects or themes of the collection that I thought would be quite interesting to bring together. The first aspect is tied to the title One Man’s Trash, with works that reflect the notion of appropriation. It looks at appropriated objects, like garbage bags or cardboard or telescopes or teddy bears or stockings or swords, i.e. everyday objects that are presented or incorporated into art works. We’re focusing on the materiality of the works and the ideas behind them. I like that idea of playing with people’s perceptions and challenging them a little bit about what they expect from an art work. Then the other half of the exhibition is going to reflect the collection’s focus on contemporary African art. I hope the exhibition challenges the stereotypes of what people imagine to be contemporary African art.

C&: What do you mean exactly by stereotypes related to contemporary African art?

TD: I’m talking about fixed stereotypes. I feel this when people hear about contemporary African art, they have an idea in their mind of very colorful, gestural art work. For example, the subject is either portraits of people in Africa or daily life in Africa. I want my show to be reflective by going beyond any kind of preconception or separation. For instance, we’ve got some video art and some installations by Emeka Ogboh from Lagos and Nicholas Hlobo from South Africa. If Hlobo lived in Berlin or in New York, he would just be referred to as a contemporary artist…

C&: Many young artists from African countries base their identity  and their practice not on geographic origins, but on their biography, their own life. As a young collector yourself, to what extent does this resonate with you?

TD: It totally makes sense. I think that’s a reflection of what’s going on right now. That’s a reflection of the globe, where the world is becoming so much smaller. With the Internet, you are able to trace ideas like that, and everything becomes more standardized. In a certain way, you are not just in your own geography, in your own area, cut off from influences from everything else, but instead you’re influenced by everywhere else. If it is from the Internet, TV, music, whatever it is, that is always something you’re going to take in, and if you travel as well then you get some of that in as well. In my view, your experiences enrich your work. It makes it more interesting in a certain way. Although you don’t want to lose what makes you, at the same time everything is a lot more global. Berlin, New York, Hong Kong, and Miami are just a hop, skip, and a jump away, and the transfer of information is pretty quick and pretty sure. 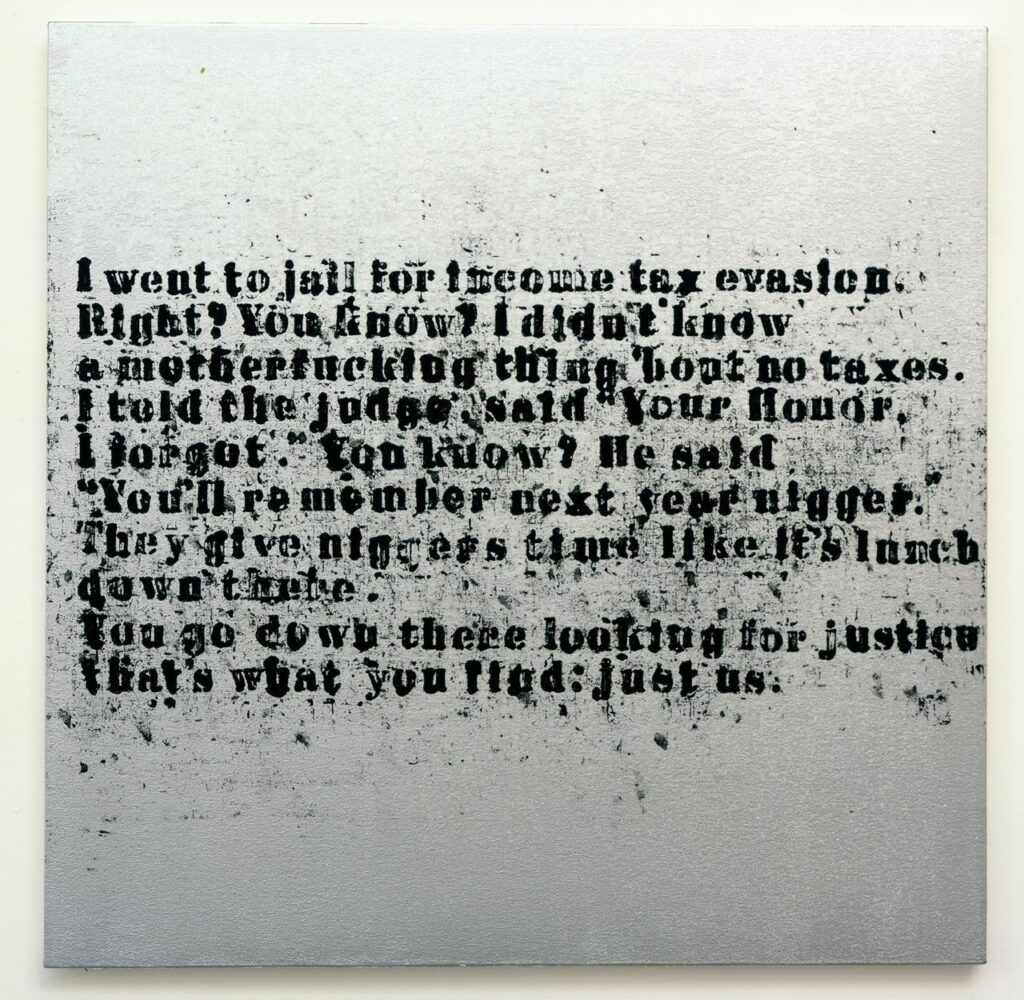 Glenn Ligon, ‘Just Us #6’, 2008, Acrylic and oilstick on canvas, Photo courtesy of the Danjuma Collection

C&: And so you can identify yourself as a collector. Can you also identify with some or even all of the artists you’re featuring, especially the ones from your generation?

TD: Yes, definitely. I think I can identify with what they’re looking at or the ideas behind their work. The idea behind collecting artists from my generation is that they’re just so much closer to my own experience and my own outlook. You speak the same language. It is going out between all of you even though you don’t know each other.

C&: Speaking of networks and influences, you mentioned all these metropolises like Berlin, New York, and London. I was wondering if you actually knew any other collectors from your generation. Is there more of a tendency to live in the Diaspora or on the continent in order to get access to the diversity of the artistic practices?

TD: I don’t know too many young collectors to be fair – I only know a handful – and most of those are in Europe, if not just in London.  And they are mostly focusing on European and Western contemporary art. So it is different when you apply that to contemporary African art because most of the people that I know collecting contemporary African art are older than me, they are from a different generation, and they collect very traditional and local art. Many of these collectors do not necessarily have an international viewpoint, and they would not be interested in Yinka Shonibare’s body of work, for example. 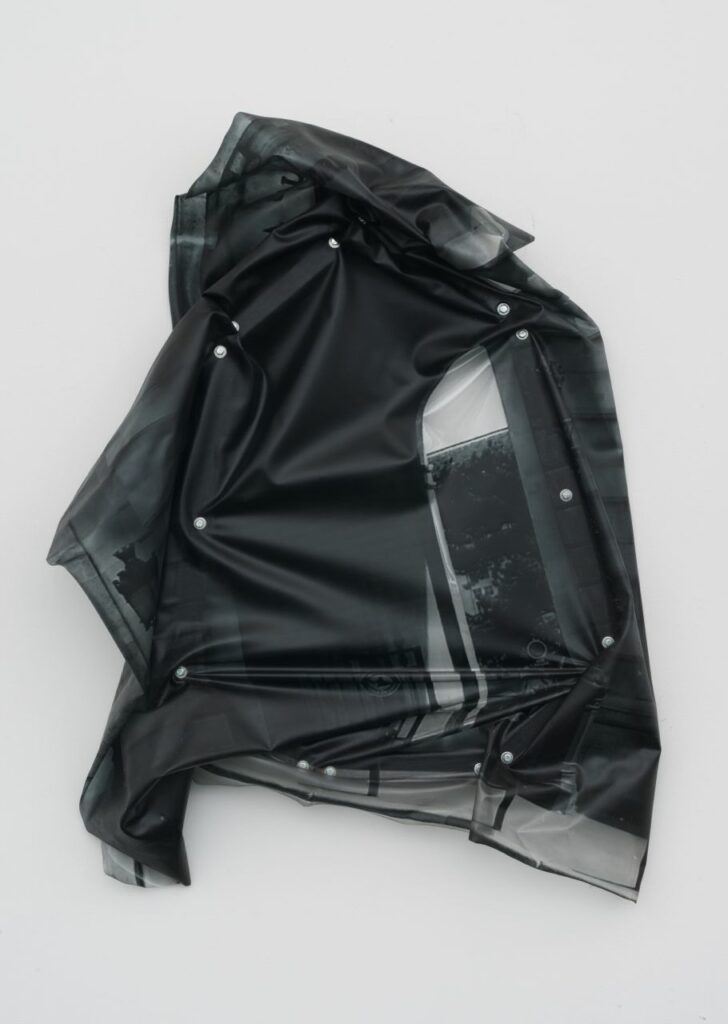 C&: You are also building a private museum in Lagos to open in spring 2016. What are the motivations behind this venture?

TD: Yes, a private museum or rather an art space. It is going to be somewhere close to the Hausa collection. I really want to share the collection in Lagos especially because I think it’s so different to what the local audience knows and is able to see on a regular basis. So it would be really nice to have that kind of influences in the area and then be able to show work by local artists as well, such as Nicholas Hlobo or Robin Rhode. It’s really nice to see the quality, the type of materials they use, the type of finish, etc. It’s important for the artist to see works in the flesh in order to get inspiration to do things differently. Through the art space, I want to be able to get close to art schools in Lagos and try to have a conversation with some of the students there. Also, we will offer artist residencies for a couple of years, and maybe there will be a space where they could make things without being worried about the rent, etc. In the long term, that’s kind of how we see the space developing.

C&: What is your involvement in the art scene in Lagos and elsewhere on the continent?

TD: I go to studio visits and street galleries every now and again. The network in Lagos seems to be quite disparate. Generally, there is no real gallery system in the same way as there is in other international art centers. It doesn’t feel like it is all connected. With the gallery space, I would really hope to be able to find a generation of young artists who grow together and are able to support each other, have a dialogue with each other, and really just challenge each other. When we have the space we can challenge people with a show of contemporary artists from across the world who are shown in museums as well as in galleries all over the world and just say, look, this is out there and this is contemporary art now. Hopefully that should allow the local artists to make more bold work. We will see how that turns out…

Danjuma Collection – One Man’s Trash (Is Another Man’s Treasure)