Why Art Needs to Keep Engaging with the Social

Under the ambitious title "Learning from Athens", this year's Documenta tries to face up to the current state of crisis. In his review, our author Will Furtado unravels the curatorial flaws and unused potential of the exhibition.

Greece has been going through the toughest crisis since the Second World War. Yet the moment it was announced that documenta 14 would take place both in Athens and its traditional home Kassel, Germany, expectations and anxieties flew through the roof in both countries. The Germans feared they’d lose documenta and the Greeks feared the prospect of another unsustainable event. With the title “Learning from Athens,” the artistic director made a point of wanting to engage with Greece as the symbol of the “global contemporary crisis” right from the start. “A great lesson is, there is no lesson; there is no master telling you what to do,” Adam Szymczyk revealed at the opening press conference. There was a great emphasis on the political and the practice of unlearning. At the end of his speech he even made reference to the NSU murders which seemed slightly out of place since there is no mention of them in the exhibitions. Nonetheless, there is a great deal to learn from Athens, not necessarily what to do but perhaps what not to do. There’s plenty at least to reflect on in terms of how art can engage with social issues, aesthetics, trial and error, logistics, and plain common sense in orchestrating an art event of such magnitude and ambition. Apart from some antagonistic graffiti in the streets, Athenians (Greeks and migrants) were very much open to visitors, shattering alarmist reports of a city in chaos.

In terms of the art shown, conceptually there are a few very strong choices. The main works are presented in four venues including the EMST National Museum of Contemporary Art. The other works and performances are scattered across town and often very difficult to find. Many of the works bear a strong political stance yet many lack the aesthetics to match the content. At the Conservatoire, Emeka Ogboh’s The Way Earthly Things Are Going (2017) occupies an amphitheater-like space with an eerie and touching mix of a real-time LED display of world stock indexes and a soundtrack that give it an almost religious air, thereby commenting on how we worship the markets. In the same venue, Theo Esthelu’s video Atlas Fractured (2018) has a strong visual language of superimposed faces that are equally striking and creepy but keep viewers intrigued throughout. Susan Hiller’s 20-minute video, The Last Silent Movie (2007-08), on the other hand is mostly black with white subtitles and carries immense poetry in the featured speeches in languages that are extinct or endangered.

Indeed, the emphasis on giving a voice to peoples from remote places as well as to many not well-known artists can be seen throughout and is certainly one of the show’s strong points. Perhaps this is also due to the much needed input from the invited curator and SAVVY founder Bonaventure Ndikung. Another good example is Sami artist Joar Nango’s installation European Everything that recreates an indigenous setting as a chill-out area. It also included a riveting performance by Joseph from Greenland who rapped in his native language about Danish oppression. The EMST also features Olu Oguibe’s Biafra Time Capsule, a vitrine installation of documents, books, and magazines relating to the Nigerian Civil War. The work verges on the fetishization of information and, like in many other works at the documenta 14, this is to the detriment of aesthetic experimentation.

Other artists attempt to engage with an experience that is not their own and show major shortcomings. Reminiscent of Ai Wei Wei in dealing with the refugee crisis, this kind of simplistic and slightly exploitative approach is unexpected and unfortunate. Guillermo Galindo is a Mexican artist with a history of working with abandoned belongings along the US-Mexican border. Here he presents Sonophagus (2017), which consists of instruments made out of discarded material including a bed from a refugee camp near Kassel, which is an ill-advised move. Artur Zmijewski does something similar with his video Glimpse at the Athens School of Fine Arts. The 20-minute black-and-white film documents refugees in a style that is at best voyeuristic and begs the question of who is benefiting from it. Equally problematic is the decision to present John Heath’s and Thomas Dick’s photographs of the Australian Birpai people and their artefacts from a 1910 collection. Not only is there insufficient explanation as to why the collection is exhibited, but it also reinforces the same old myth of the white man preserving indigenous cultures by documenting them. Sadly, it also disregards the Australian Aboriginal protocols around avoiding and even speaking the name of the dead.

Perhaps the work that best epitomizes the potential documenta Athens missed is Rasheed Araeen’s Shamiyaana–Food for Thought: Thought for Change. The intervention consists of inviting people to sit together and enjoy a free meal based on recipes from around the Mediterranean. This could have broken barriers between different groups of people but the nature of the canopy – a traditional Pakistani wedding tent – meant that people had to sit in separate groups, usually with their own acquaintances. As many cooking experiments with refugees in Berlin have proven, there are more effective ways of getting different people to engage with each other by fundraising, cooking and eating together. Another artwork that could have been better conceptualized is Maria Eichhorn’s project that consists in buying a property in a gentrified neighborhood and turning it into a sculpture. Once you put yourself in the position of anyone who is being evicted because of rent increase it does not take long to see why the idea needs rethinking. 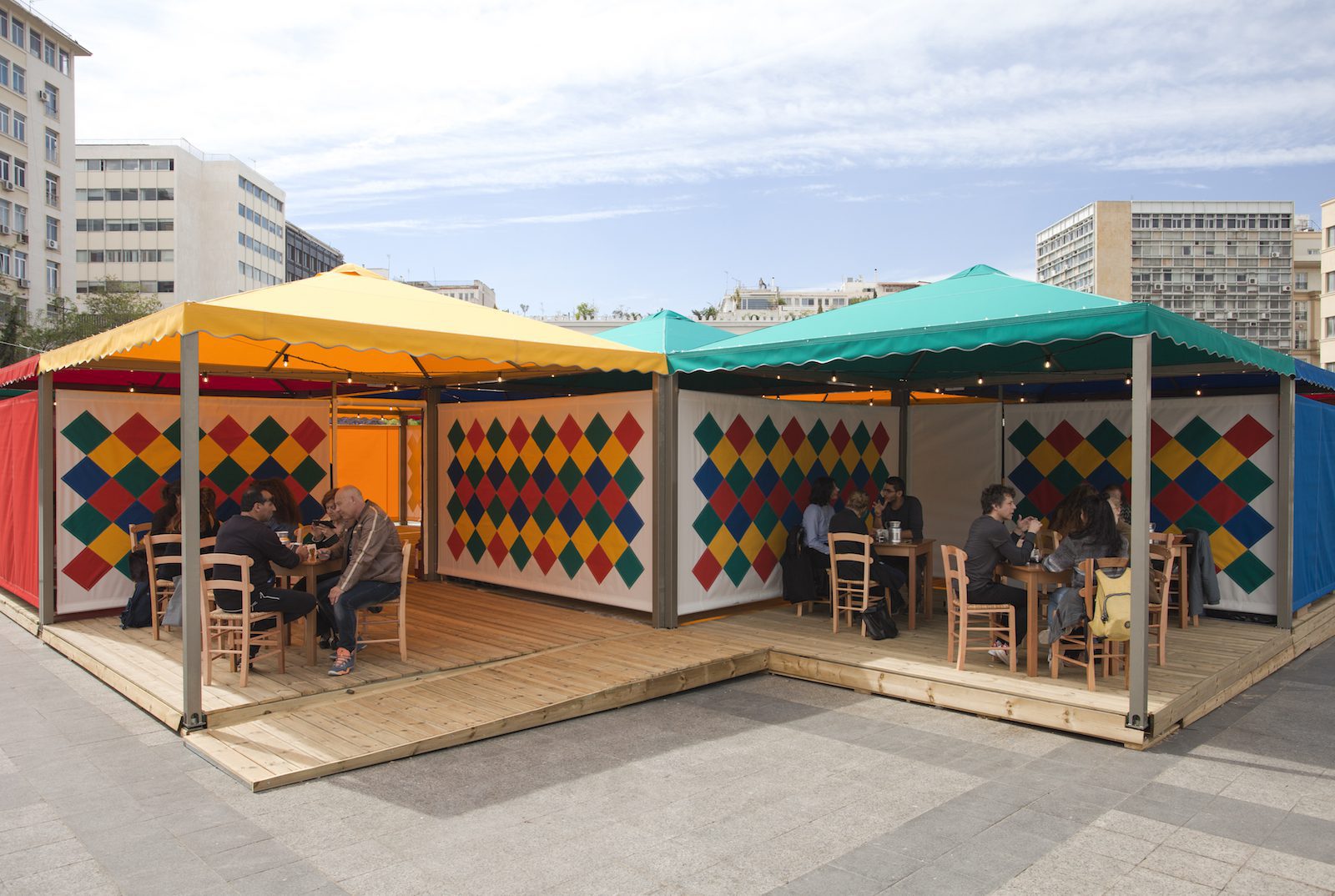 Other curatorial decisions have lots to answer for. There is very little information available about the artists which leaves visitors in the dark as to how many local artists are present and why certain artists were selected to address certain topics. In the Documenta 14 Reader, Szymczyk highlights that the stakes were high and this project is pioneering. This perhaps quite reasonably explains the poor logistics that translated to bad maps and directions. But by no means should documenta 14 Athens be written off as a project that never was. All endeavors come with their challenges and risks and Szymczyk made sure to point out that this is an experiment. With that in mind, I encourage all curators to keep trying to engage with contemporary crisis again and again, and perhaps to fail better next time.